With rumours heating up about a potential remaster/remake of Chrono Cross, we thought it would be a perfect time to revisit ten of the best JRPGs of the PS1 era. It’s hard to argue the impact of these games during this pivotal generation, pushing forward influential titles like Final Fantasy VII, The Legend of Dragoon and more. Without further ado, let’s dive in.

There are an abundance of JRPGs worth mentioning, and since we’re keeping the list compact (and in no particular order), here are some honorable mentions: Grandia, Persona 2: Innocent Sin, Breath of Fire III, Final Fantasy IX, Lunar: Silver Star Story Complete, Parasite Eve.

Best JRPGs of the PS1 Era While Final Fantasy veterans might gravitate towards the sixth or ninth instalments as the pinnacles of the franchise, it’s hard to argue the monumental impact that Final Fantasy VII had on gaming as a whole. It was almost single-handedly responsible for breaking the JRPG genre into Western and international audiences, delivering an unforgettable story with striking character designs and tragic twists that have shaken the core of storytelling in gaming. Final Fantasy VII headlined the PS1 as not just one of its biggest JRPGs, but one of the best games of all time. The development behind Xenogears might be just as interesting as the game itself. It originally began as a pitch for Final Fantasy VII before being designed as a sequel to Chrono Trigger somehow. Clearly Square Enix were working overtime with bringing a fresh and exciting new JRPG to the market. Applauded for its inventive and excellent ATB combat system and complex narrative, Xenogears tore its way into the hearts of fans all over the world while leaving its mark on the PS1 as a crowning, if somewhat aged, achievement today. 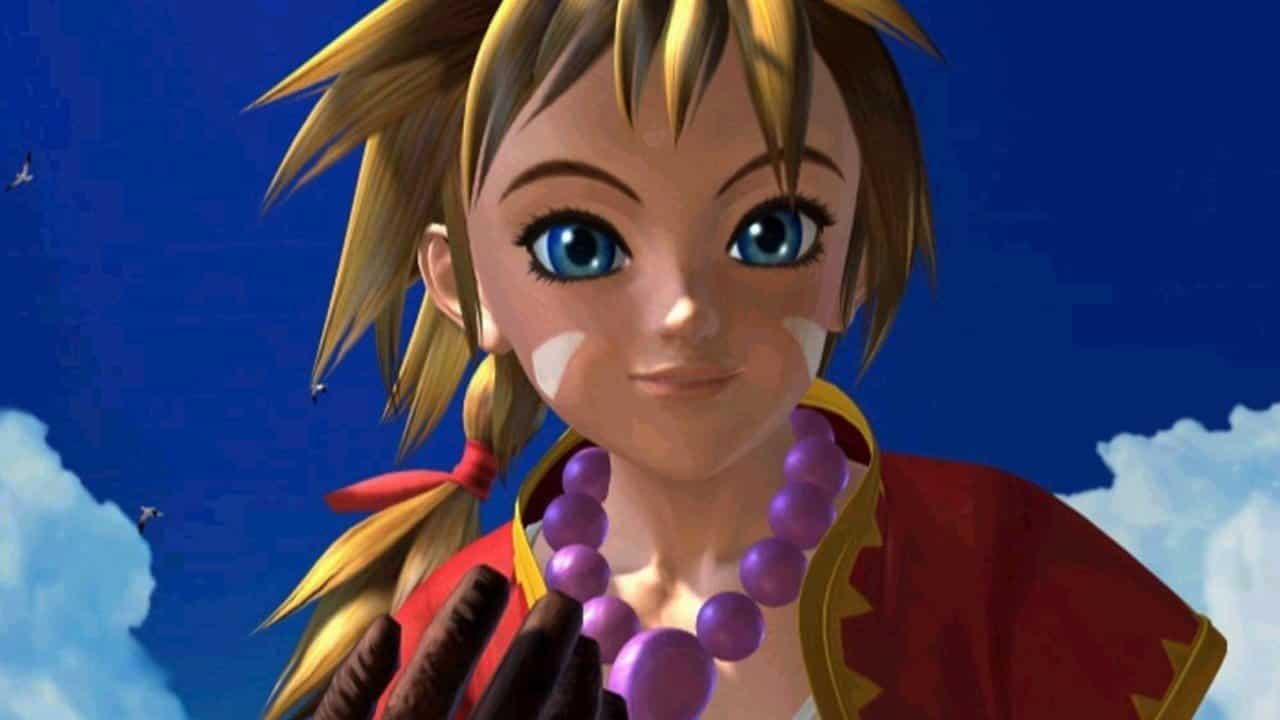 Chrono Cross may still live in the massive shadow of its influential predecessor Chrono Trigger, but it arguably did a lot of things just as well, if not better. To date, it stands proudly as one of the most beautiful PS1 games, complete with a masterpiece of a soundtrack. The story itself may lean into the ridiculous territory at times, but it doesn’t hold back its overall charm, immersion and terrific character writing. When I personally look back at the best JRPGs of all time, Chrono Cross always lingers in my mind and deservedly so. 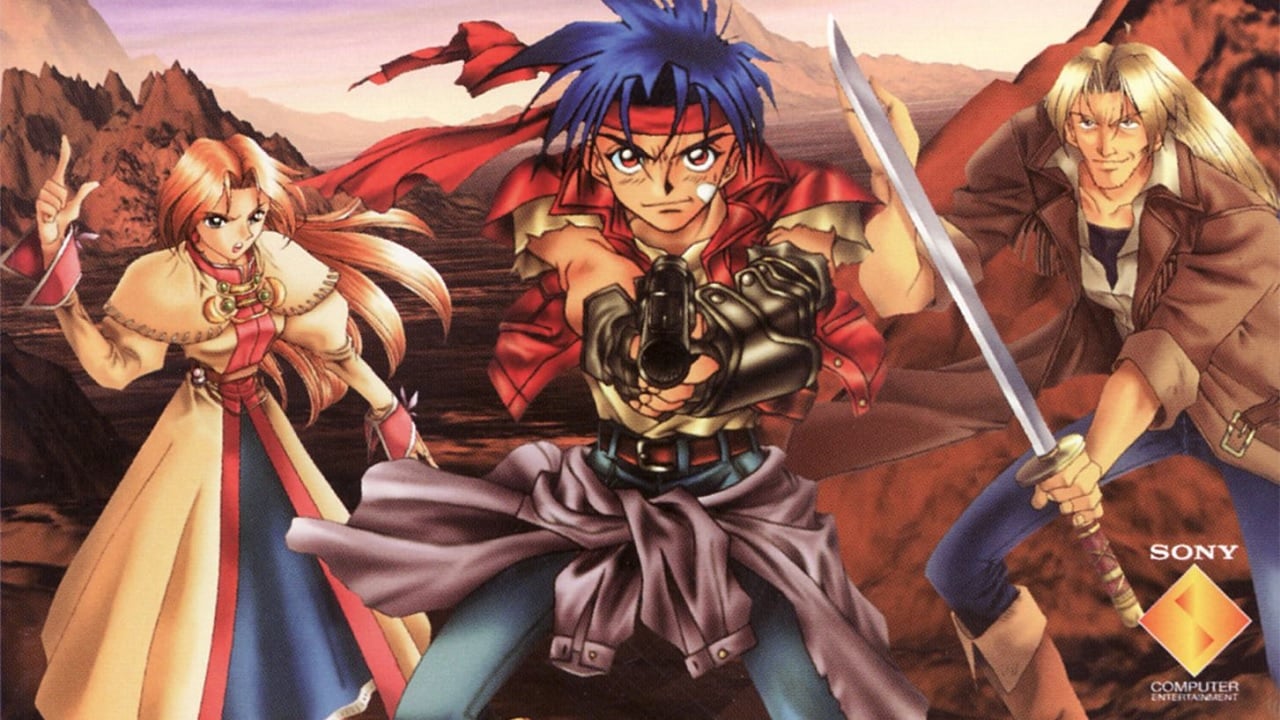 Wild Arms was released at a time when JRPGs of all shapes, sizes and critical acclaim were flooding the market, so it might have been difficult for it to find its footing and audience. Initially, this was the case, but out of every entry on this list, this one has arguably developed the largest cult following. Wild Arms‘ unusual blend of sci-fi, fantasy and the wild west made it stand out among its peers, which is exactly the spark of ingenuity it needed to make this list and on the lists of many great JRPGs of the generation. 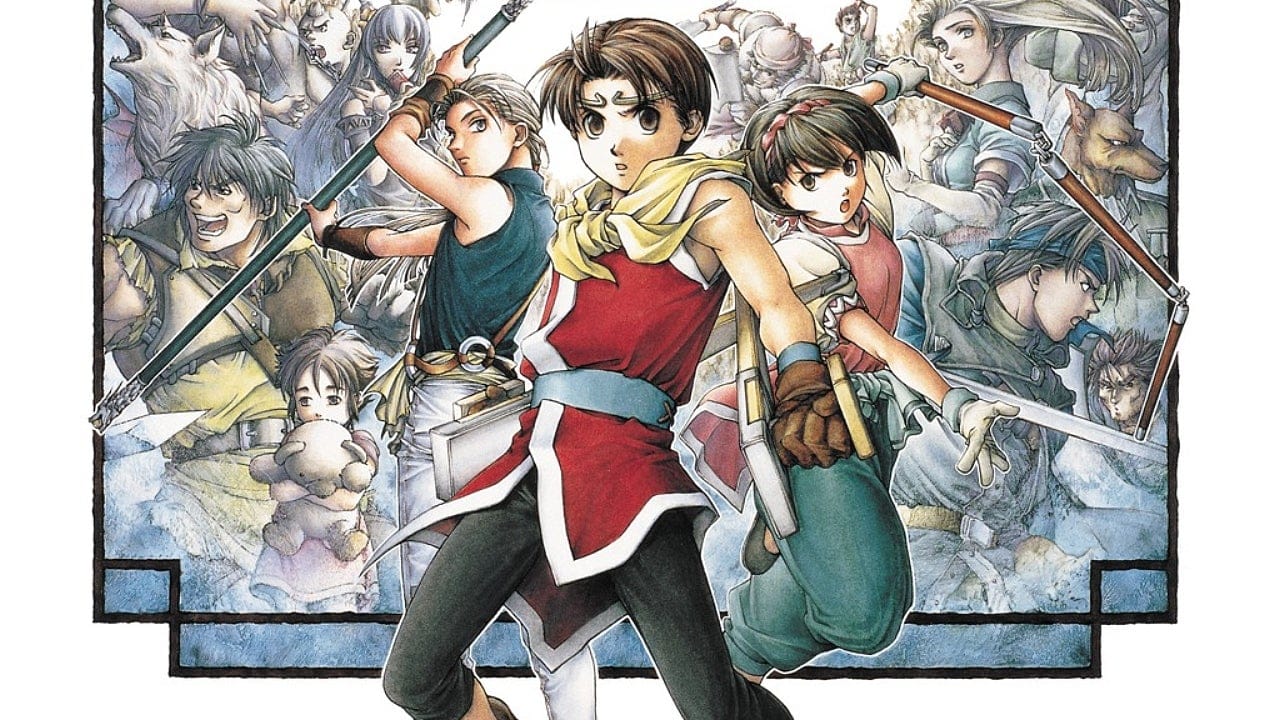 Suikoden II‘s biggest challenge at the time of its release was its release timing, which pitted it against Final Fantasy VII. As you can imagine, history was dictated by the victor in this situation. However, that’s not to undermine the incredible role-playing experience on offer here. Vastly improving on almost every facet from its predecessor, Suikoden II managed to turn heads thanks to its politically charged and engaging narrative, excellent world-building and nuanced writing. Time has not forgotten the Suikoden series (for the most part), and we have this legendary sequel to thank for that. 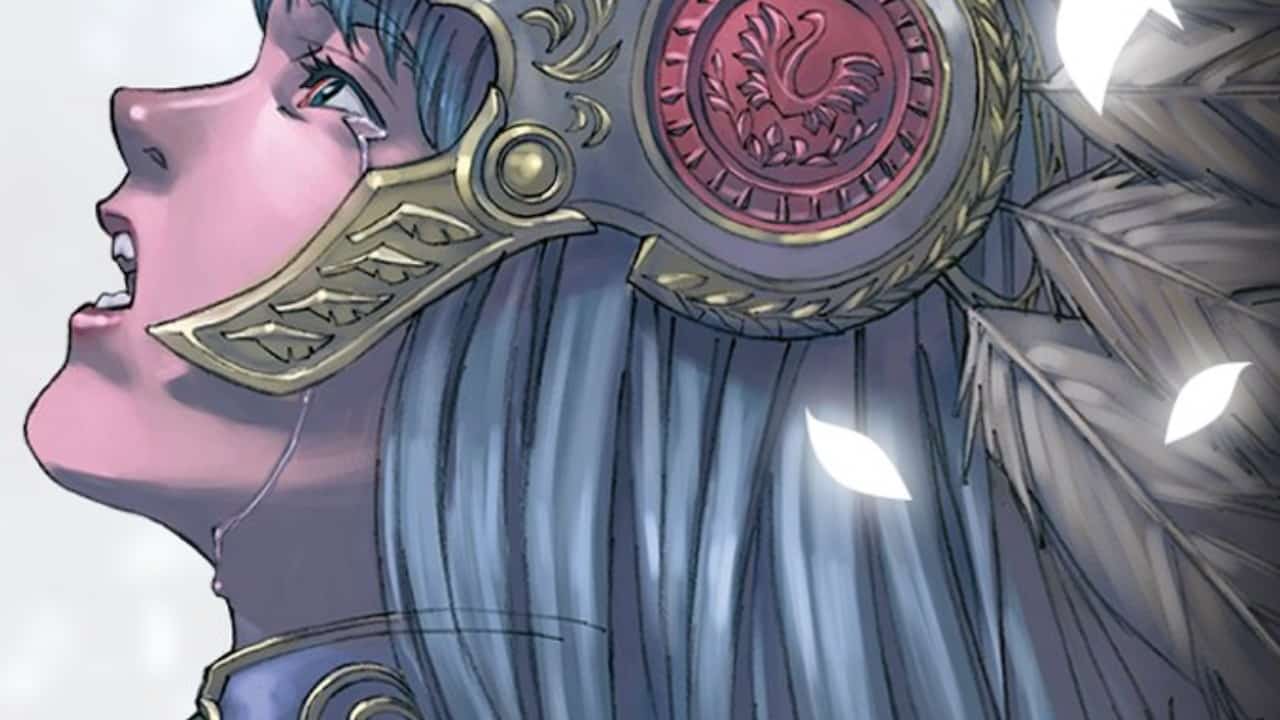 I fondly remember playing Valkyrie Profile and being absolutely enamored by its unique setting and tone. Shying away from the medieval template and instead focusing on Norse mythology, Valkyrie Profile already succeeded in feeling immensely different to anything on the market at the time. Best of all, its inventive turn-based combat system which assigned each party member to one button was a stroke of genius. It’s a shame that didn’t catch on as the years went by, but there’s still something so powerfully nostalgic here that’s hard to shake. 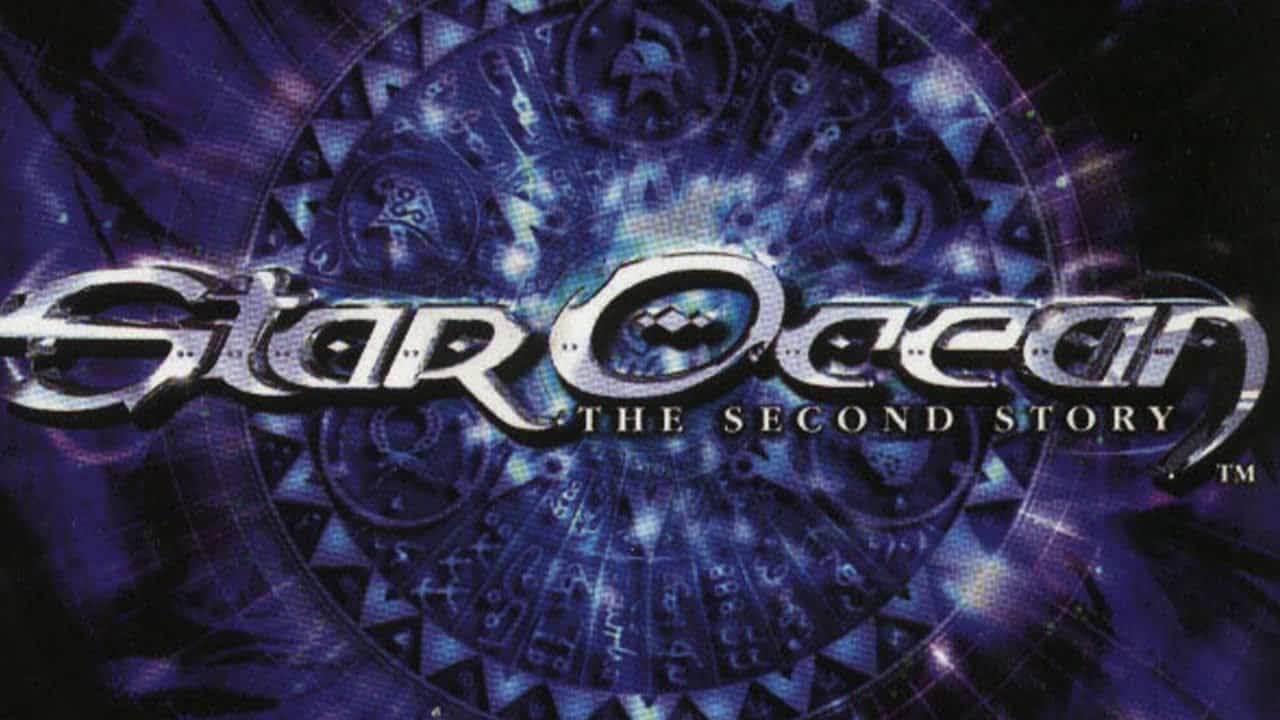 If you think Mass Effect made good use of the branching narrative/consequence system, say hello to Star Ocean: The Second Story. Yes, this game is now known for having an astronomical 86 possible endings, with each and every one feeling different enough to make you consider your choices and actions carefully throughout the game. Narrative complexity and its massive web of deviations aside, this unassuming JRPG is still a landmark for how to weave a compelling, layered story with colourful characters and a wonderful sense of fun. 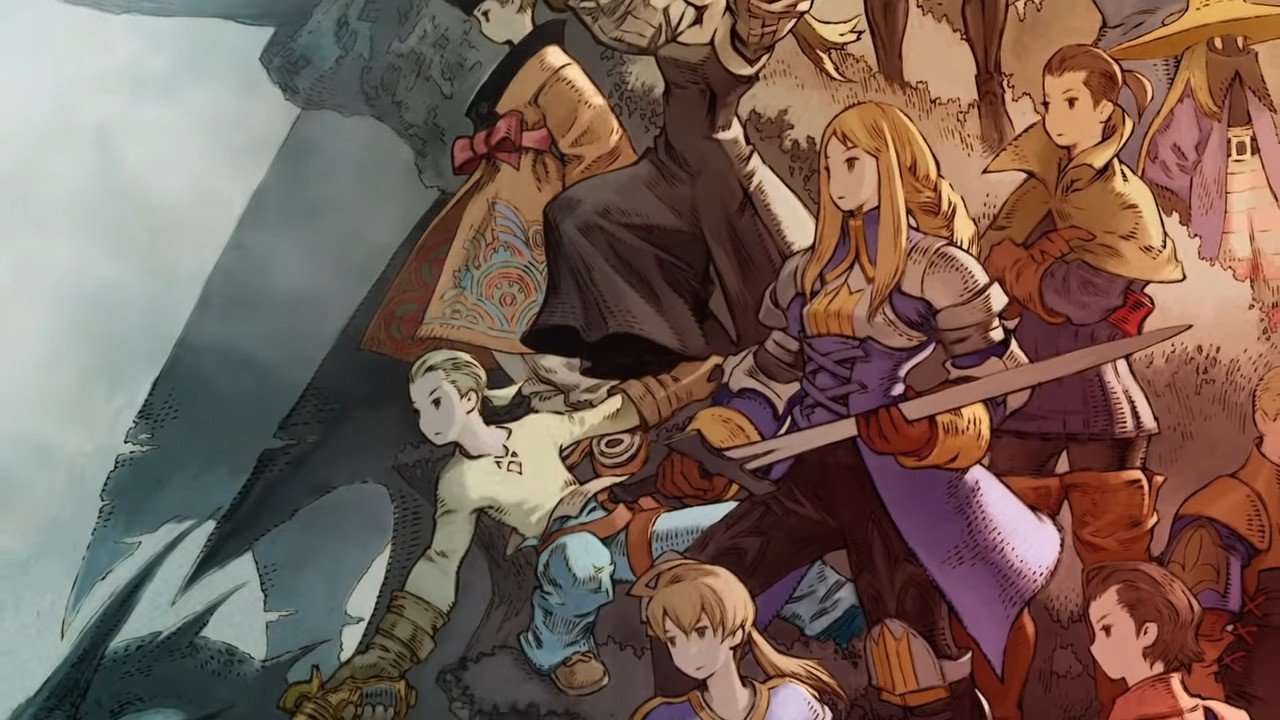 It’s hard to talk about JRPGs on PS1 without bringing up Final Fantasy Tactics. Shying away from the usual Final Fantasy formula and instead delivering a more tactical experience never before seen in the franchise, Final Fantasy Tactics managed to stand out thanks to its easily accessible systems, delightful characters and a surprisingly emotional story. Even without its signature turn-based combat, the Final Fantasy series demonstrated its flexibility for tackling and seemingly perfecting other styles of gameplay – and rather effortlessly. So when are we getting that remaster? 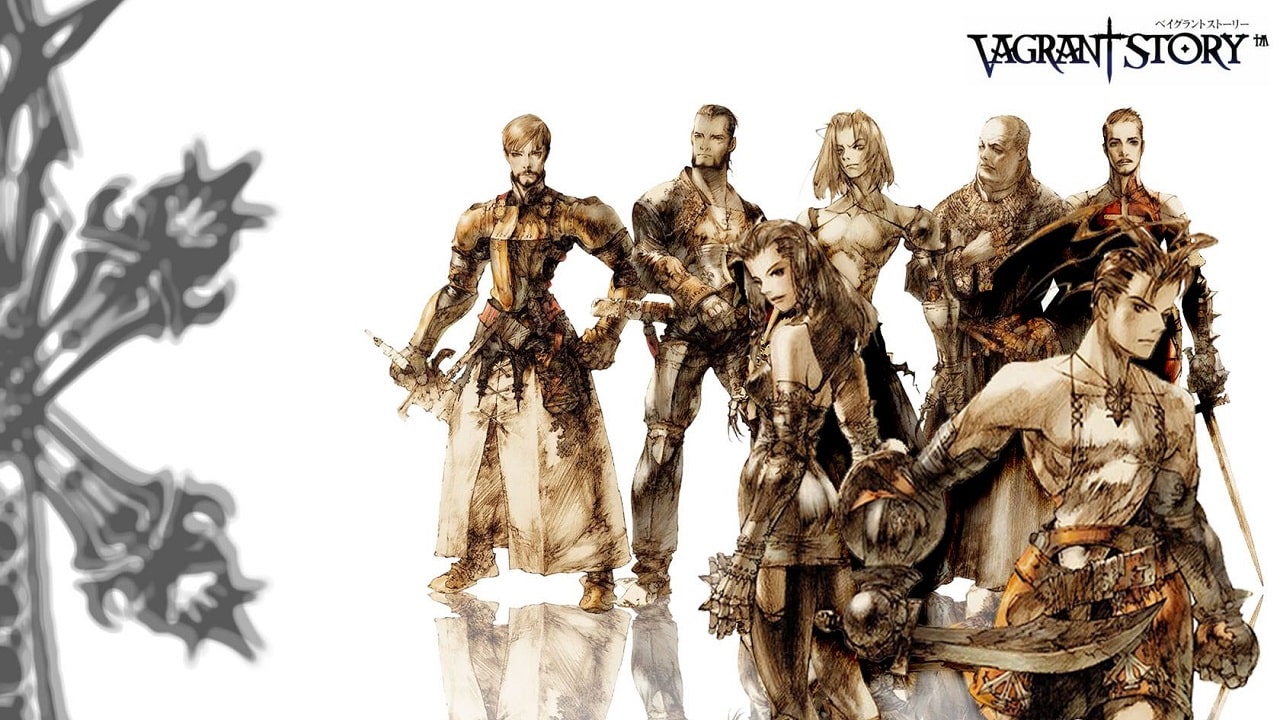 As if we needed more proof that Square were on a roll with JRPGs during the PS1 era, we have Vagrant Story. The tragedy behind this title really has to do with its poor initial reception, though it has since developed a large cult following over the years. Known for being quite challenging and ferociously unique, Vagrant Story took barebones concepts and turned them on its head. The result was a memorable JRPG that hit all the right notes, even when some of those notes were frustration and confusion.

The Legend of Dragoon 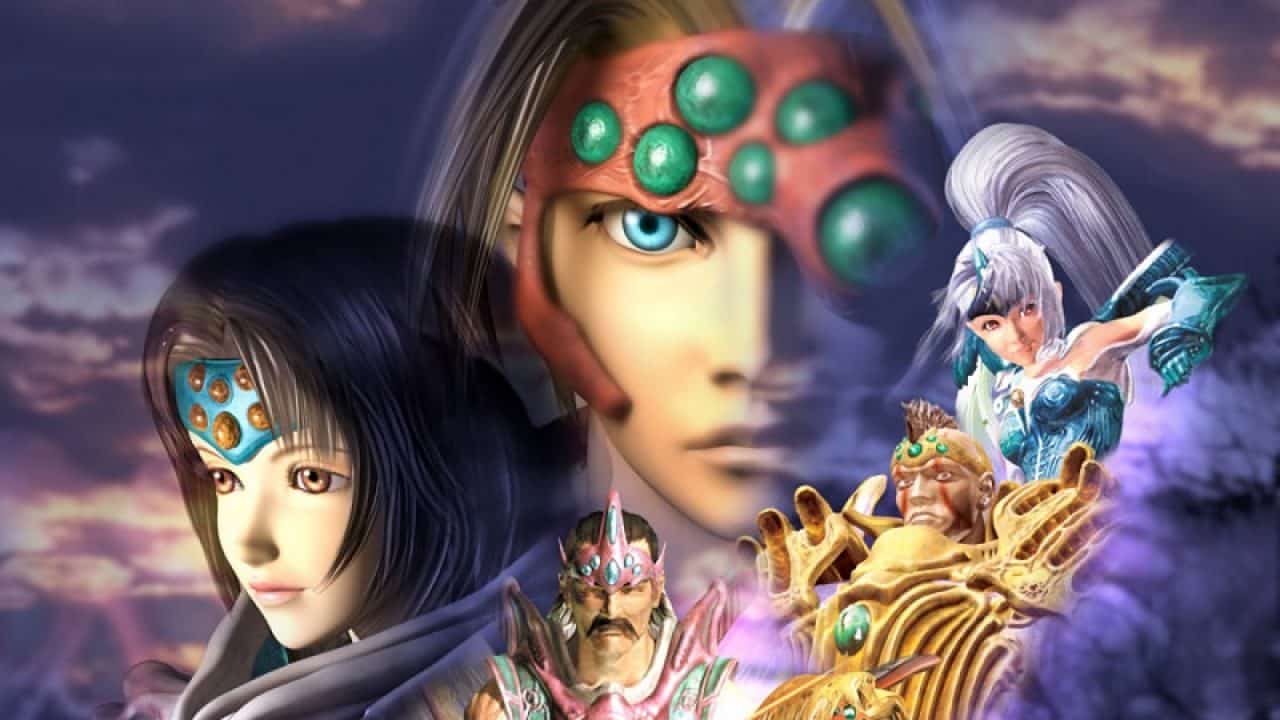 We finally come to the most requested game to receive a remake than you can shake a Dino Crisis-sized stick at: The Legend of Dragoon. There’s no denying that this game’s legacy had grown to wonderfully massive proportions as the years went on, despite having a rocky initial launch. However, there’s a reason it’s now so universally beloved. The Legend of Dragoon‘s brilliant character transformation mechanics cemented it as a pioneer of its kind, but it also delivered cinematic gameplay and some of the best CGI cutscenes ever put on the PS1.