Last night at Microsoft’s E3 Press Conference, Elden Ring was officially revealed with a cinematic trailer that gave us somewhat of an idea of the world, but there really wasn’t that much to go on. We know that the game is being created by From Software in collaboration with Game of Thrones author, George R.R. Martin, and that the mastermind behind the Soulsborne games, Hidetaka Miyazaki, is at the helm. After the reveal took place, more information and some important Elden Ring details have been revealed.

With the trailer and a brief description not saying much at all and as a fan of Miyazaki’s work, I’ve searched high and low for all the confirmed Elden Ring details I could find. Check them out below.

After watching the reveal trailer it is clear that this isn’t a Game of Thrones title. In an interview with Xbox Wire, Hidetaka Miyazaki revealed that a massive inspiration for the game is Fevre Dream, a novel by George R.R. Martin released back in 1982 and it is a story about vampires. Miyazaki explained that:

I personally see Fevre Dream as a masterpiece among vampire fantasy and had even previously recommended it to all new employees.

When you see the name Hidetaka Miyazaki, the first thing that springs to mind is how many times you will die. Well, it turns out the Elden Ring will, in fact, be difficult, just like most gamers probably expected. Miyazaki has confirmed that the game does place importance on the joy the player experiences when overcoming challenges, just like in other From Software titles. A little further hint that the game might be extremely difficult is that Miyazaki said: “I believe it will prove to be a very satisfying experience.”

Unlike From Software’s latest title, Sekiro: Shadows Die Twice, the player will have the ability to customize their character. The Elden Ring will allow players to to control and design their character in their own unique way, as the developer is putting a heavy focus on RPG elements. 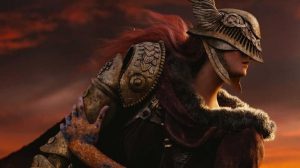 Speaking of RPG elements, one of the most important Elden Ring details revealed was that the developer is putting more focus on RPG elements. Even though the game is called an Action-RPG and you will have that responsive melee combat, there will be a tonne of RPG elements with a variety of weapons, magic and ways to engage enemies.

A Style of Gameplay

Continuing with the last point of ways to engage enemies, Elden Ring will give players even more variety in the ways they tackle and overcome enemies, even when compared to the Dark Souls franchise. This sounds absolutely amazing as in Dark Souls, there were just so many tactics and item/character builds that just worked for different players. This will be especially true when facing bosses.

Since it is a From Software title, Elden Ring will feature horrifying bosses for the player to die at over and over again. Boss fights in Elden Ring make up one of the climaxes of the title. From Software already has a “wide variety of unique and horrifying bosses” that players can look forward to facing and I can personal not wait to face all these creatures. Hopefully, they will have several different phases like in Sekiro or Dark Souls 3. 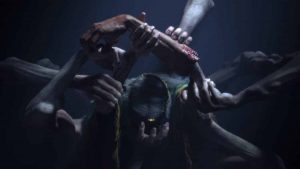 From Software’s Biggest Game Yet

From Software’s game take a long time to complete due to their difficulty but the worlds really aren’t that big. Sure, the worlds of their Soulsborne games are interconnected and look fantastic, but Elden Ring is the biggest game the developer has ever created. Miyazaki explained that:

I would have to say the biggest difference is it being open world. Due to this, the scale of the world and its narrative, as well as the depth and freedom of exploration have increased dramatically. It is without a doubt our biggest title yet in terms of sheer volume. There are many definitions to the term “open world,” and I might not be phrasing it correctly, but we have simply tried our own approach to a game with a large, open field to play in.It is a world full of danger and threats, as well as many areas ripe for exploration. Among those areas, you will also find intricately designed, multi-layered castles and such.

The Elden Ring is coming to PC, PS4 and Xbox One but a release date has not been confirmed just yet. However, as a Soulsborne fan, these seven Elden Ring details do make me extremely excited to play the game or just hear more about it in the future, including some actual gameplay footage.

What do you think about these Elden Ring details and are you a fan of Hidetaka Miyazaki and George R.R. Martin’s respective works? Let us know in the comment section below and don’t forget to check out the Elden Ring reveal trailer if you haven’t already.