The 1More Spearhead VR gaming headset marks the second headset I have covered from the 1More brand in recent weeks. I also tackled the 1More Triple Driver BT wireless earphones and you can read my full review of the headset here. The 1More Spearhead VR gaming headset follows much in the footsteps of the Triple Driver model in terms of its great product quality, superb packaging and overall value for money.

Watch the full video review of the headset down below

The biggest feature about the 1More Spearhead VR H1007 is that they cost around R1000 meaning this is a budget headset if there was ever one. For me, R1000 is super cheap for a gaming headset and I always try to urge people to never dip below that price point when looking at a new pair.

The 1More Spearhead VR comes in a fancy box with a hard shell and some great presentation. The box unfolds open revealing the headset as well as some blueprint sketches of the device, a nice touch and something 1More does all its products. Once the headset is out of the box, I discovered a range of accessories inside including a carry bag and a box containing the USB cable, 3.5mm audio jack and all the instruction manuals. 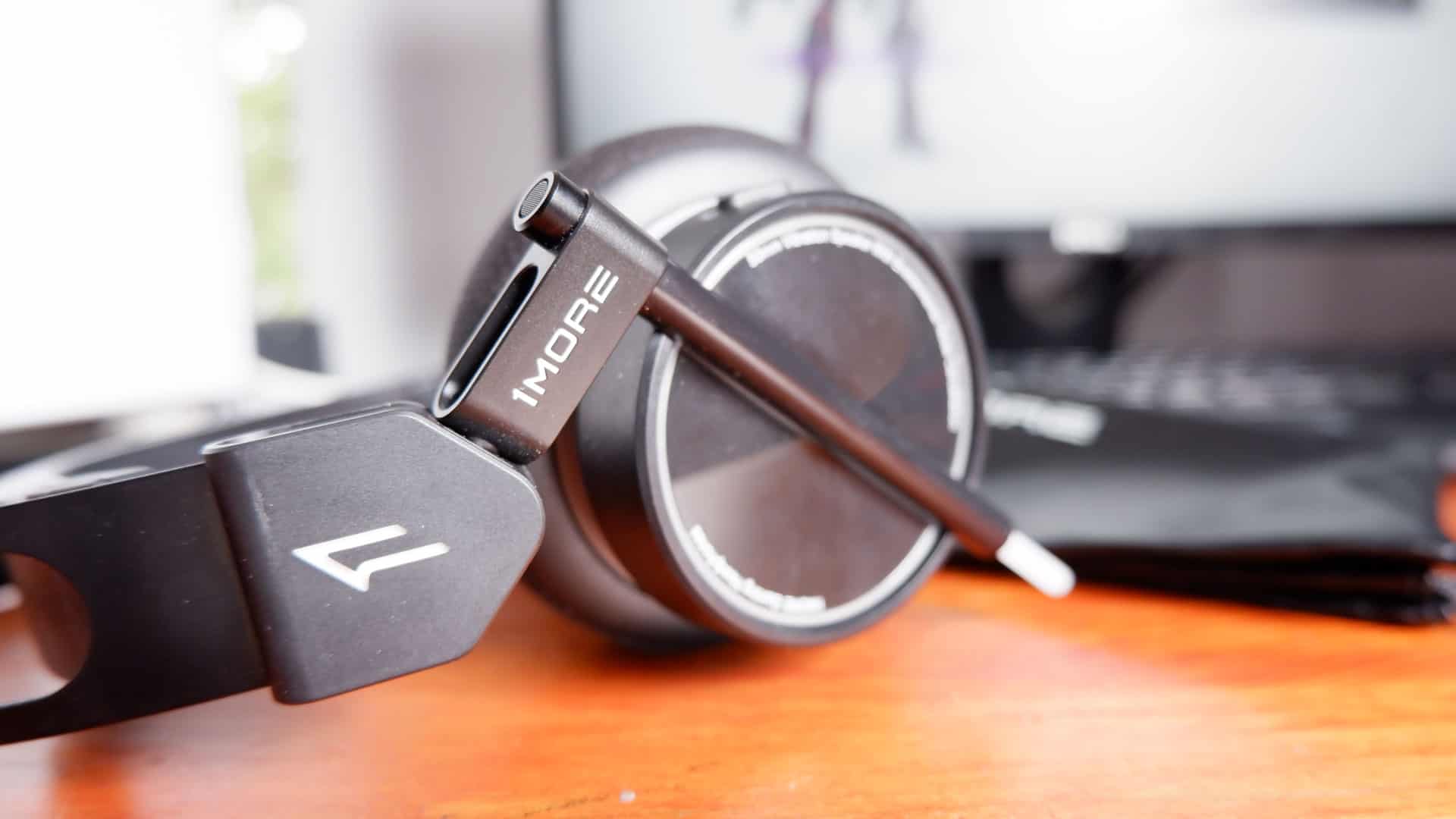 As for the headset, it boasts a solid and light build quality that results in comfortable wear. The headband is designed to be suspended underneath the top metal frame which means it almost levitates on your head. The earcups are also extremely soft and lightweight and for its asking price, were surprisingly comfortable.

The microphone is one of the most unique I have ever seen in a headset before. Instead of the typical wired and flexible design, the 1More Spearhead VR headset features a white stiff plastic mic that can be extended and retracted but not bent. It is pretty cool and pulses with the RGB setting that you decide to go with. It even brightens and reacts to any sound that passed through it. 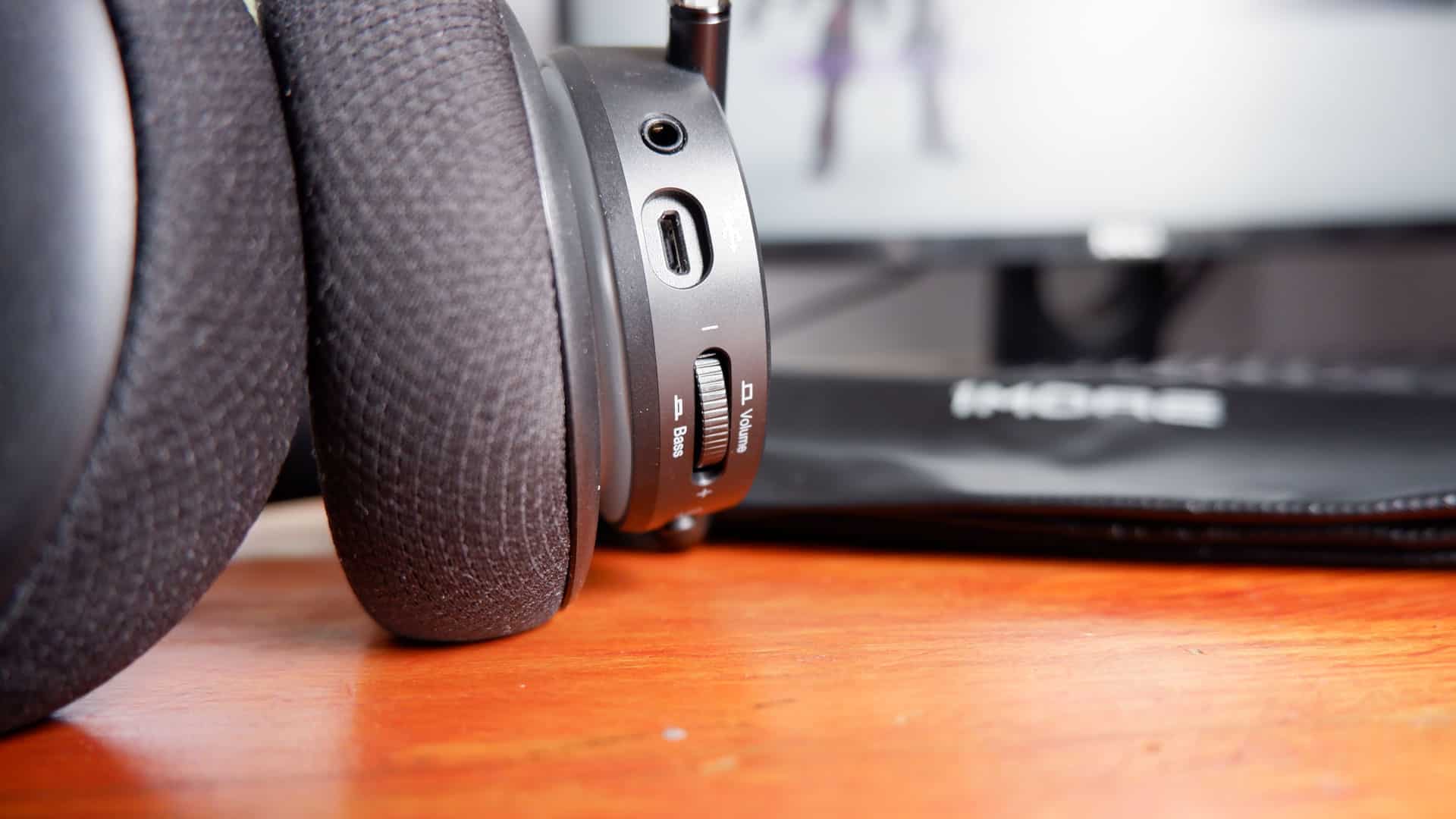 There’s also RGB that runs throughout the device’s earcups. One ring on each earcup makes it more than enough shine on this headset without it being overkill. The overall build quality is plastic which the odd metal here and there like the headband. Would I have loved more metal or just a more premium material? Yes, but it is a budget headset so this is forgivable.

On the right earcup, we then have the media buttons which includes a muting toggle as well as the volume dial. Pushing in the volume dial and rotating it then increases and decreases the amount of bass. Lastly, there are two ports. One for the 3.5 mm jack and one for the USB cable so you can use the headset on any device under the sun.

Out of the box, thew 1More Spearhead VR has no equalizer and delivers some great balanced sound. Bass is decent with mids clear and solid making the headset great for gaming and music. Everything I tested with the headset sounded great and that was even before I went and fiddled with the equalizer. 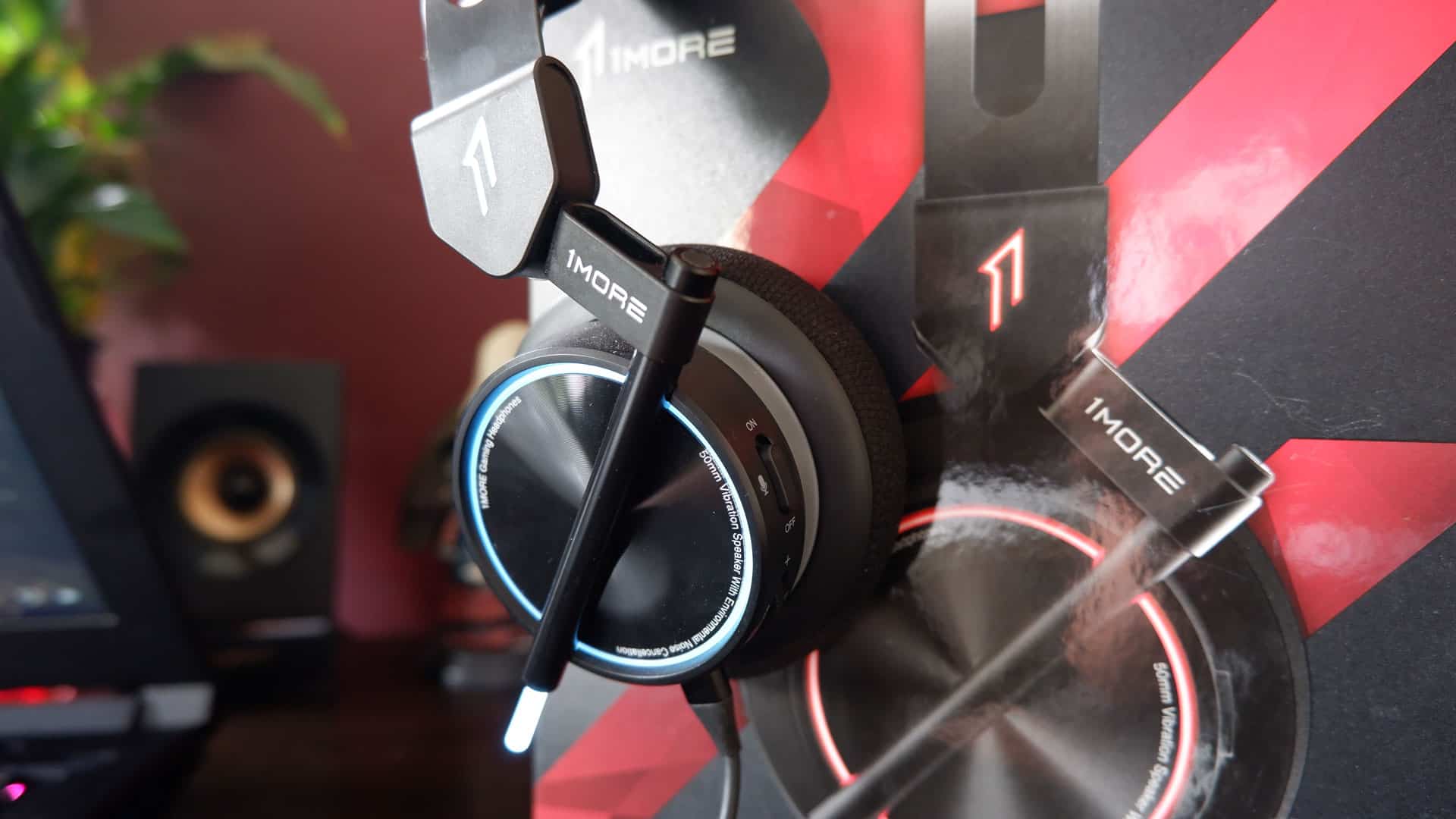 However, the headset’s program can get in the way of great sound the more you tweak the settings. For example, enabling the surround sound feature destroys music playback as the output levels become distorted and the sound quality takes a dip. For those who just want to game on this headset, the surround sound is fantastic but I did wish there was a way to change between the two without having to go into the app.

The app does have a load of settings to tweak ranging from dynamic bass levels to something 1More calls “Audio Brilliant”. Sound freaks will have a field day messing around with all these settings but for the average user, it can be a little overwhelming especially with the app offering zero explanation to what these settings do. 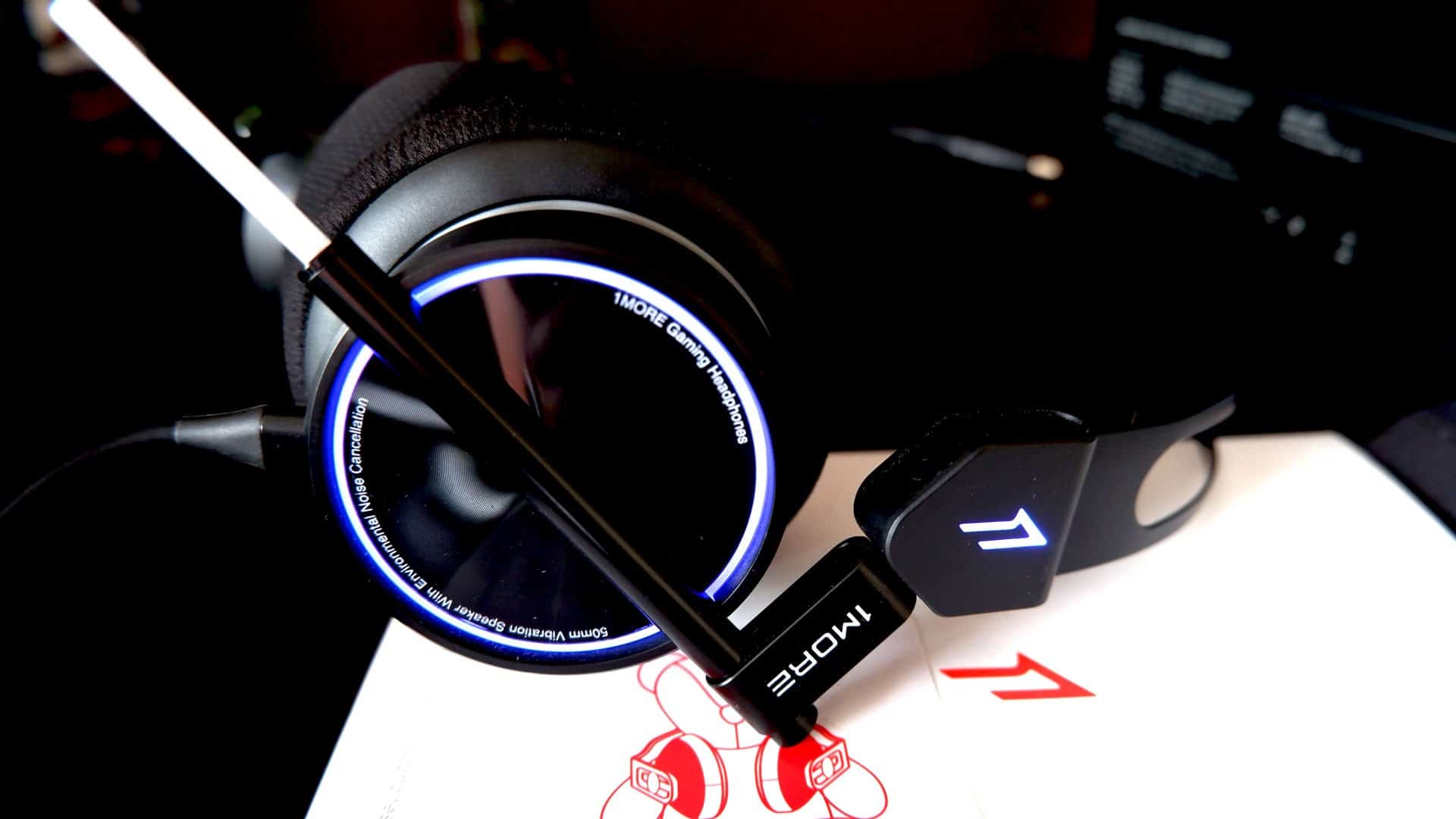 As for the microphone, once I enabled the active noise cancellation, it was fantastic with a loud and clear output and a massive improvement over the default setting.

The 1More Spearhead VR gaming headset is a fantastic headset. For what it is offering I expected the price tag to soar well close to R2000. There are a few things that need work like the app which feel overly complicated and a little dated and the build quality can benefit from some more premium materials. However, the range of settings and great comfort make the headset a perfect gaming companion. There is a range of close competitors like the Razer Kraken X which sells for R999 but this 1More headset is far more superior and offers a better range of features for its asking price.

Check out 1More.co.za for everything 1More related