Have I mentioned how great the year 2021 is for comic-to-screen adaptions? Only in every second post I write? Well, it’s true. 2021 truly is the year for all the comics that I love to come to life. After the absolute joy that was WandaVision, the comic relief of Resident Alien, the action-packed craziness of Falcon and the Winter Soldier, the pure brutality of Invincible and the visual marvel that is SweetTooth. I honestly can not wait for the Loki TV show to drop. So much so that I have been reading Loki comics.

Loki has always been one of my favourite Marvel characters. His stories are fun and lighthearted, yet they can still pack a major emotional punch while keeping you on the edge of your seat in anticipation. Here are three Loki comic stories you should watch to prepare yourself for the TV show. May they fill your days with all the delightful trickery that only Loki can manage. 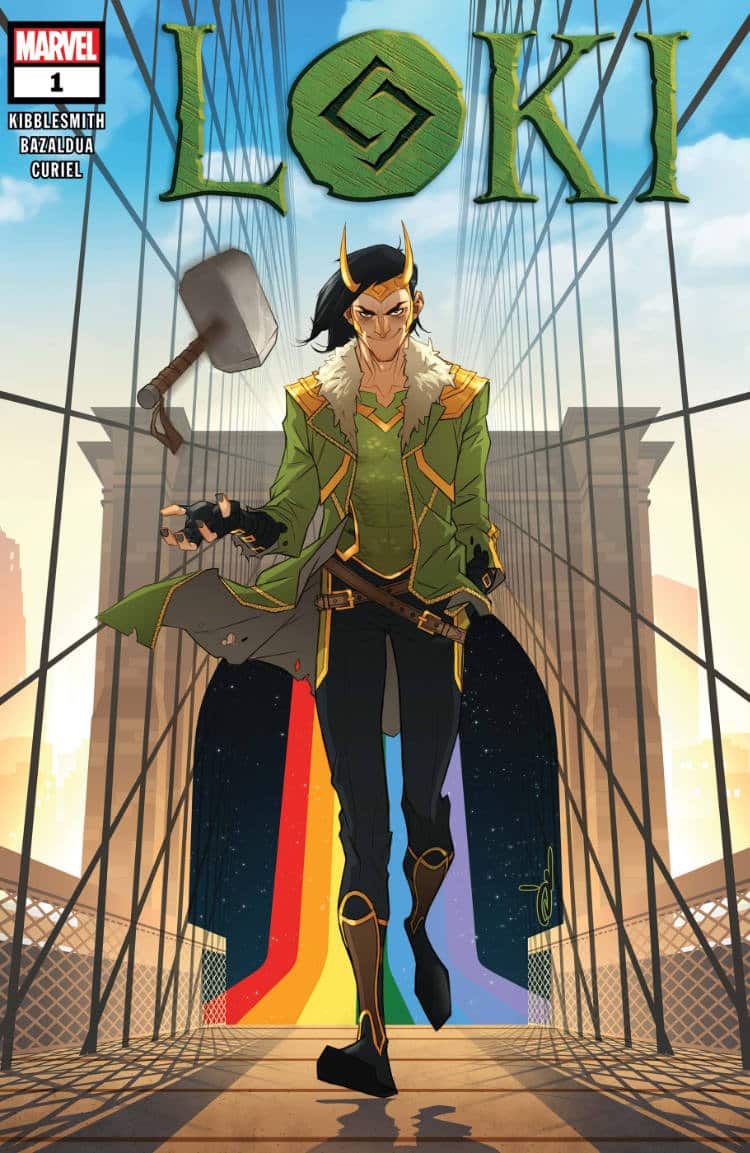 A short yet fun ride through the mind of everyone’s favourite trickster. Loki tells us the origin story of Loki in a way we’ve never seen before, through his own eyes. After his death in “War of the Realms”, Loki is reborn and has learnt a valuable lesson in warmongering: never get caught.

Finding himself feeling restless, Loki seeks the advice of the closest being that Midgard has to a king, Tony Stark. However, the welcome isn’t quite as warm as Loki had hoped. Loki, God of Mischief, now finds himself having to outsmart Iron Man or die trying. 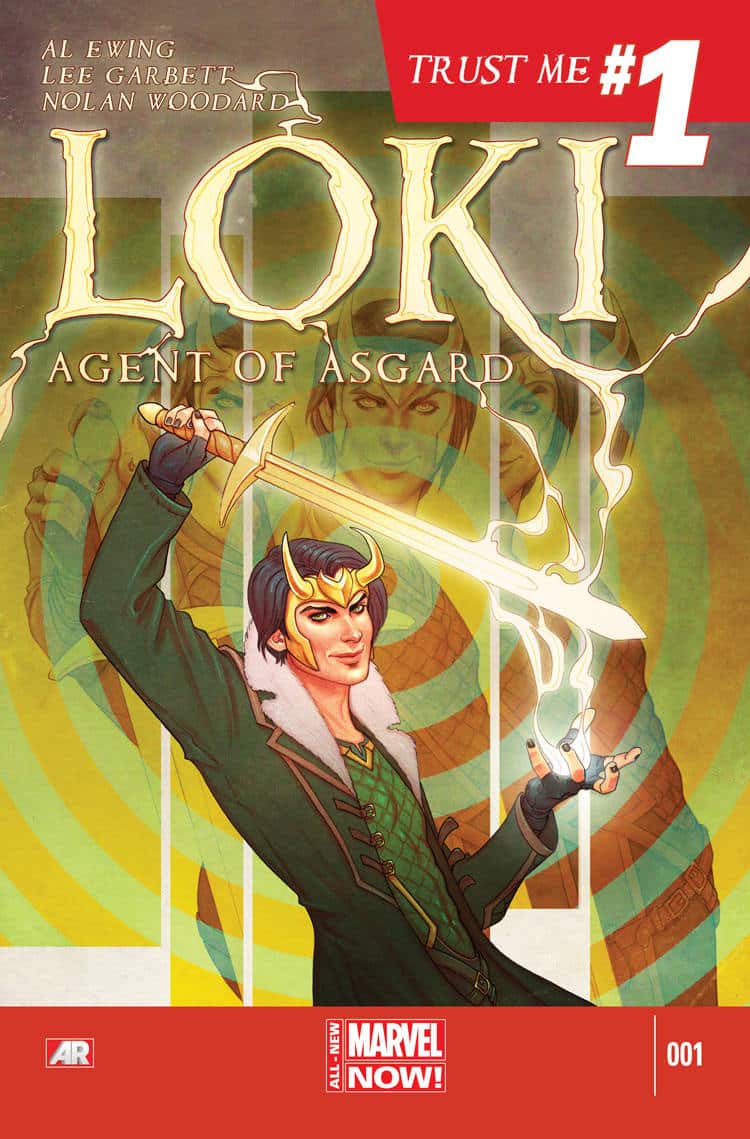 Loki is all grown up now, and so is this story. Loki has decided that he wants to try something new and be good after years of always being the bad guy. However, to get himself onto the good path, he first needs to be really, really bad. The only way Loki can truly give being good a fair shot is if all of his past misdeeds are forgotten. Naturally, this requires him to lie, steal and cheat his way into being Asgard’s one-man secret service.

Loki: Agent of Asgard is a story with so many plot twists that even Loki finds it tricky to handle. 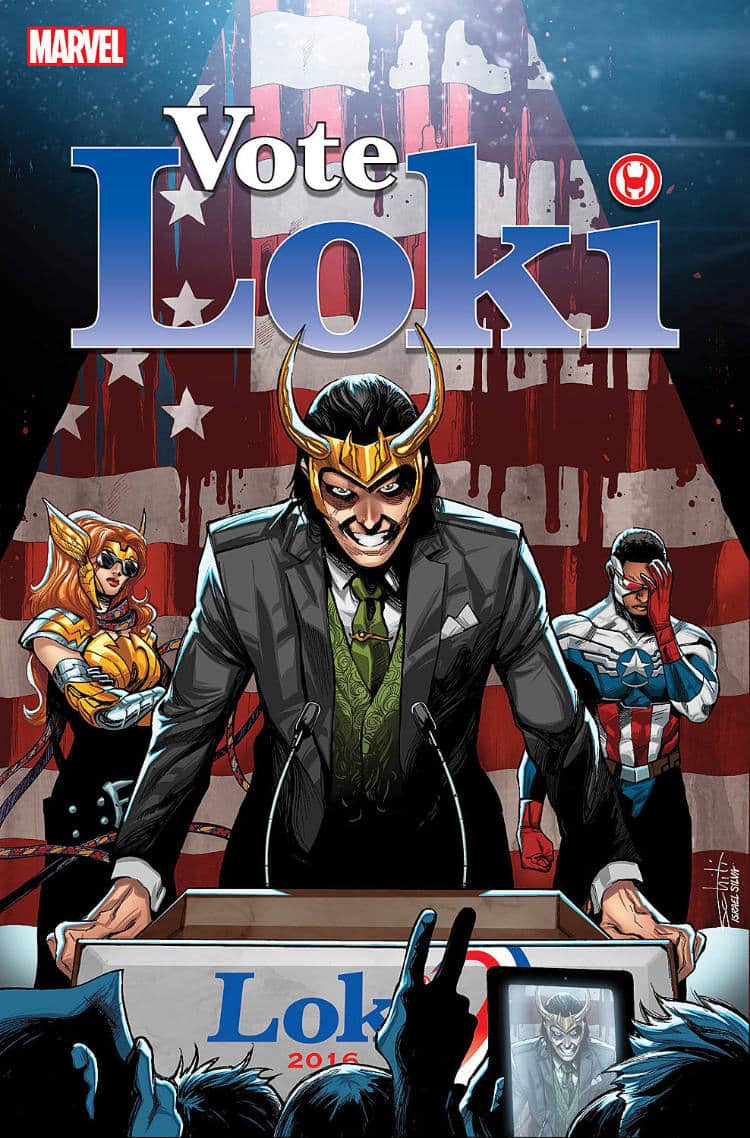 4 Issues by Christopher Hastings (Gwenpool Strikes Back; I Am Groot; Howard the Duck) and with art by Langdon Foss (Bucky Barnes: The Winter Soldier; Gwenpool; She-Hulk)

An unbelievable mashup of comics and politics. Vote Loki is basically just a giant satire of the American Presidential Election system. The story is centred around Loki’s controversial political campaign to be the new President of the United States and one reporter who’s trying to prove his duplicity.

Loki’s campaign is nothing if not true to who he is as a character. He pledges that he will have the guts to lie outright to all the American people, unlike the other politicians who try to hide their lies. It’s a strange place to see Loki, but it’s also oddly fitting.  Vote Loki manages to draw you in and show you just how ridiculous both Loki and politics truly are.

Season 1 of Loki will consist of 6 episodes. It will be available to stream from Disney+ on Wednesday (9 June), giving you plenty of time to dive into the comics above and get yourself truly excited for Loki’s release.

If you somehow haven’t already watched the trailer for Loki, then I’ve got you covered here:

Want to pick up any/all of these comics for yourself? head over to www.crittersandcomics.co.za and join the cool (read “broke”) club now