Returnal launches on 30 April for PS5 and if you have not been following this upcoming roguelike shooter then I have 5 reasons why it should be on your radar.

If you don’t know what Returnal is yet, the game is a new roguelike shooter from Housemarque. The same team that brought us the likes of Nex Machina, Super Stardust and let’s not forget the awesome Resogun. Chances are, you have played multiple Housemarque games in the past and probably had no idea. If it was arcadey, addictive and featured loads of physics and flash then it most likely was a Housemarque game.

Returnal marks a whole new direction for Housemarque. The game is not only the studio’s first PS5 game but the whole spin on the roguelike genre also offers up something new from the minds at the studio. So here are five reasons you should be excited to jump into Returnal.

5 Reasons To Be Excited for Returnal

Returnal is a Roguelike… With a Spin 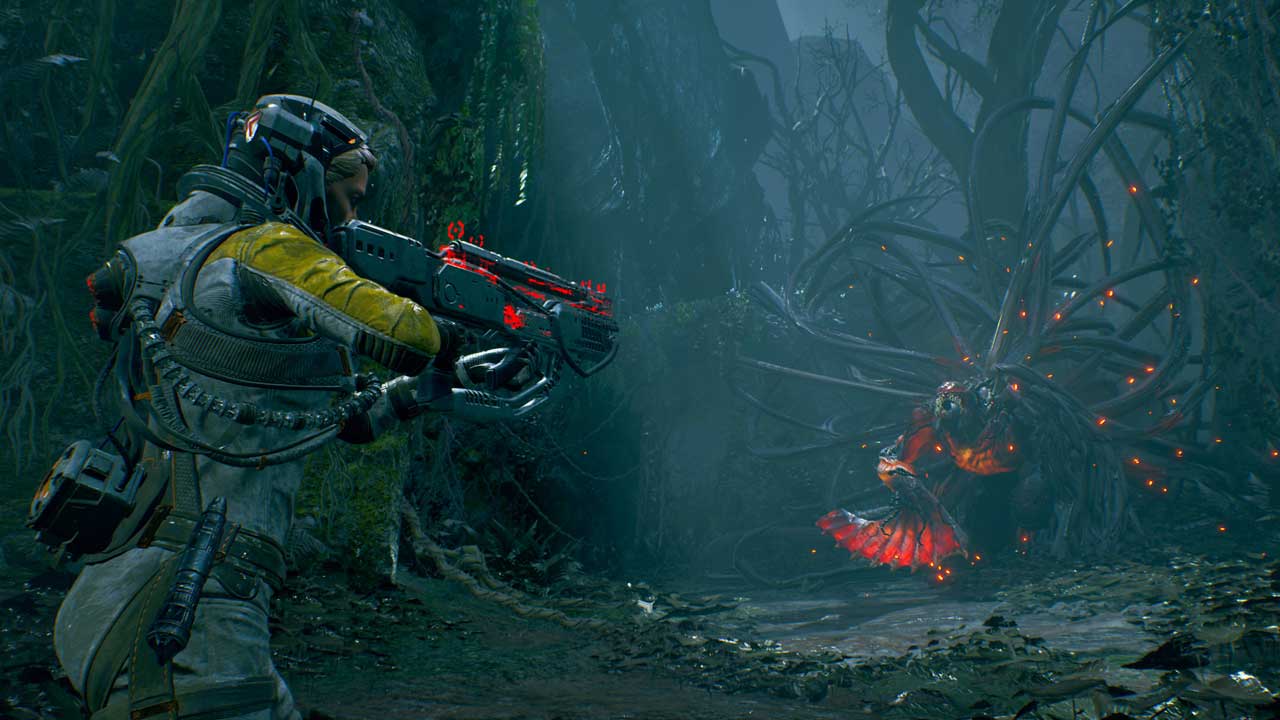 The most important thing to note about Returnal is that the game is a roguelike. Yes, I have mentioned this a couple of times already but it is important. This means that Returnal relies on a gameplay loop where the player enters the game, takes on a specific challenge, loots the world, dies and repeat the process over again with a few incentives carried over from the previous run.

While this may sound repetitive, it is actually the whole point of the genre and we all love a roguelike for that. In Returnal, players will start off with limited manoeuvres and a survival-like loadout. As they progress through the game they will obtain new guns and movement abilities that will enhance the gameplay and grow each new attempt. Players will be able to kill aliens faster with new fancy guns and reach new locations using movement perks.

The game puts a large emphasis on explorations so it is key that you try your hardest to survive while exploring every nook and cranny in each area. You never know what you will find. The more you explore, the more shortcuts you will find and the easier it will be to catch up to your point of death when it arrives. 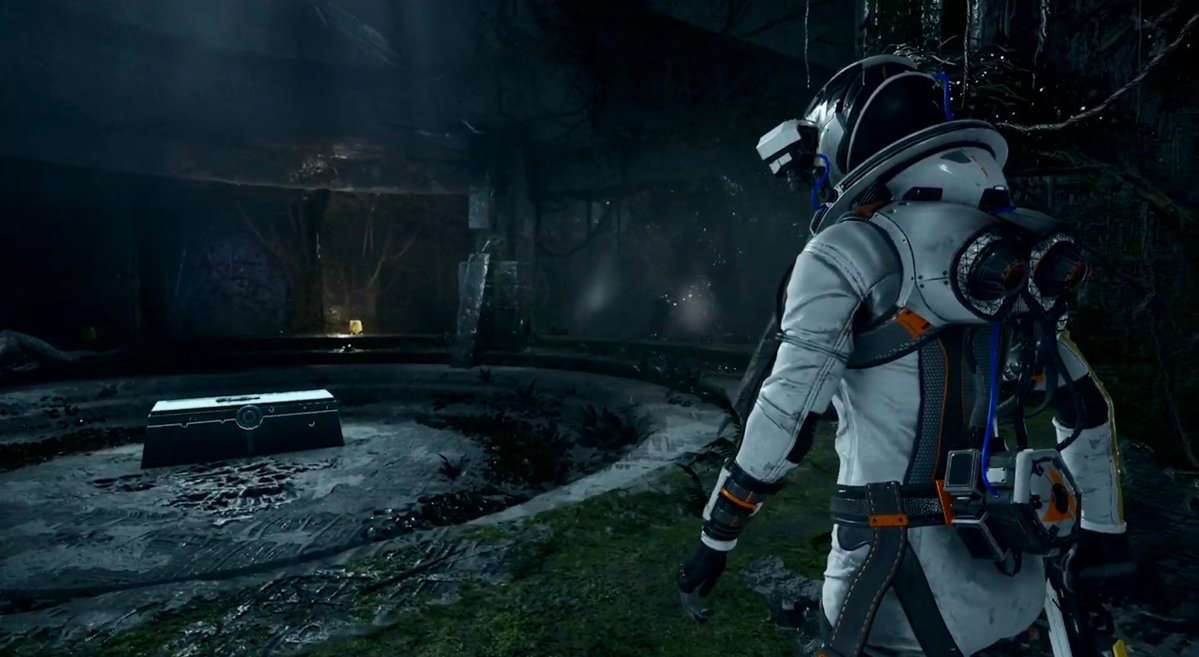 Returnal’s roguelike approach is also unique thanks to how it unwraps for the player in the loop of gameplay. Each time the player dies, not only will they learn from their mistakes but the game’s story is also said to expand more and more. This is a great way to keep you going.

Returnal is a shooter at heart but it also relies heavily on its gear and equipment. As players explore the game they will find new guns to use, Artifacts that grant buffs to your current run of the area and consumables that are once-off activations that grant shields and healing. There are also parasites that attach and live on Selene. Some of these don’t always help the gameplay so there’s a big risk and reward factor involved.

Using all of the above, players will need to master the ten weapons while learning the ins and outs of the parasites, consumables and artefacts. Housemarque also revealed that each weapon in Returnal includes two fire modes and knowing which one to use in what circumstance will up the antics even more. This all ties into the roguelike gameplay that makes sure each run you start offers a different combination of gear to switch things up.

The Combat is Fast and Brutal

Going off the above point, you are going to spend most of your time in Returnal blowing things up and fighting the deadly aliens that want to kill you. This is where the iconic Housemarque gameplay comes in as Returnal’s bullet hell combat approach means you can’t stop moving for a second. Enemies have been carefully designed to take advantage of each area as they stream deadly bullets out of their weapons and blast hundreds of lasers around you at once. 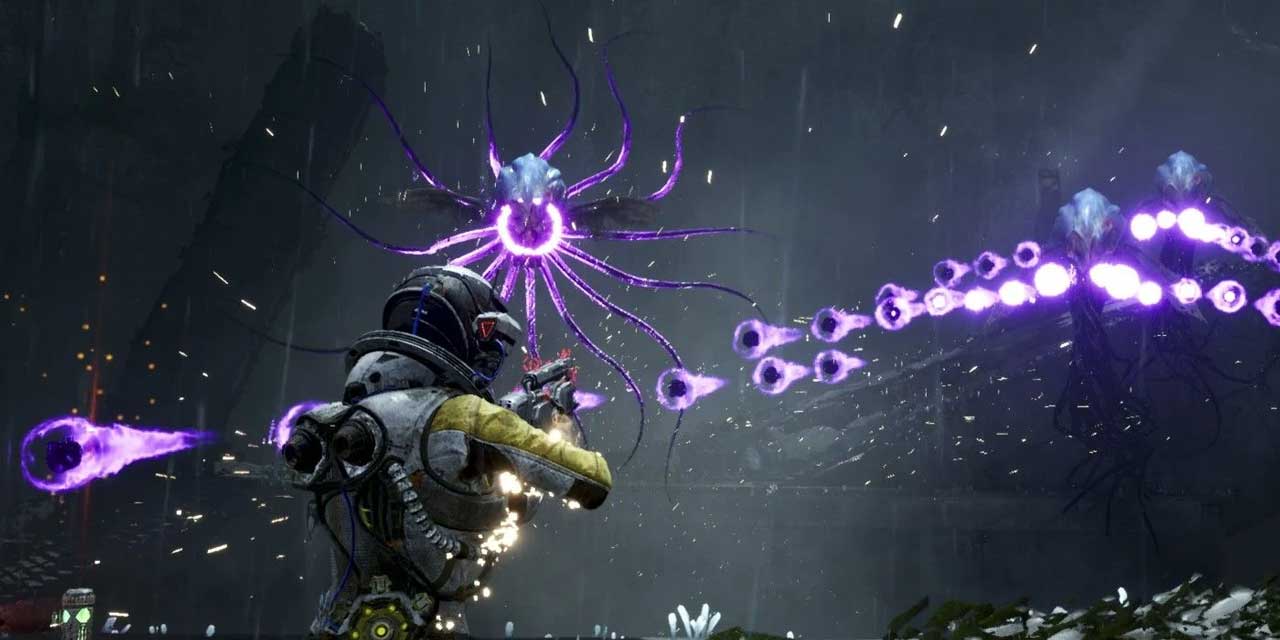 Players will need to act fast as they combine jumps, dashes and spins together to avoid this all. Let’s not forget that the main point of the game is to kill these alien freaks so chaining together gun damage and keeping tabs on your gear and equipment is key to survival. You will need to also learn each enemy as you progress through the game so when you face them, you won’t be caught off guard. Thankfully, it is a roguelike so you will die and die and as you repeat this, players will hopefully learn how to defend themselves in combat.

The Story Needs to Be Discovered

Given that this is technically one of the first triple-A roguelike games around, Housemarque had to deliver not only the addictive gameplay loop but also a decent story and so far Returnal looks interesting. We know that this point that Selene crash lands on this planet where everything wants her dead. But why is this happening, how did she end up there and what about the past civilization that used to inhabit this world? All of this is going to be revealed as you progress through the game.

It is also important to note that while the game’s story is important, players will have to discover it as they go about their duties. Backtracking to past areas may reveal information on the past civilization and lore behind the planet but there’s always the risk of death around every corner. 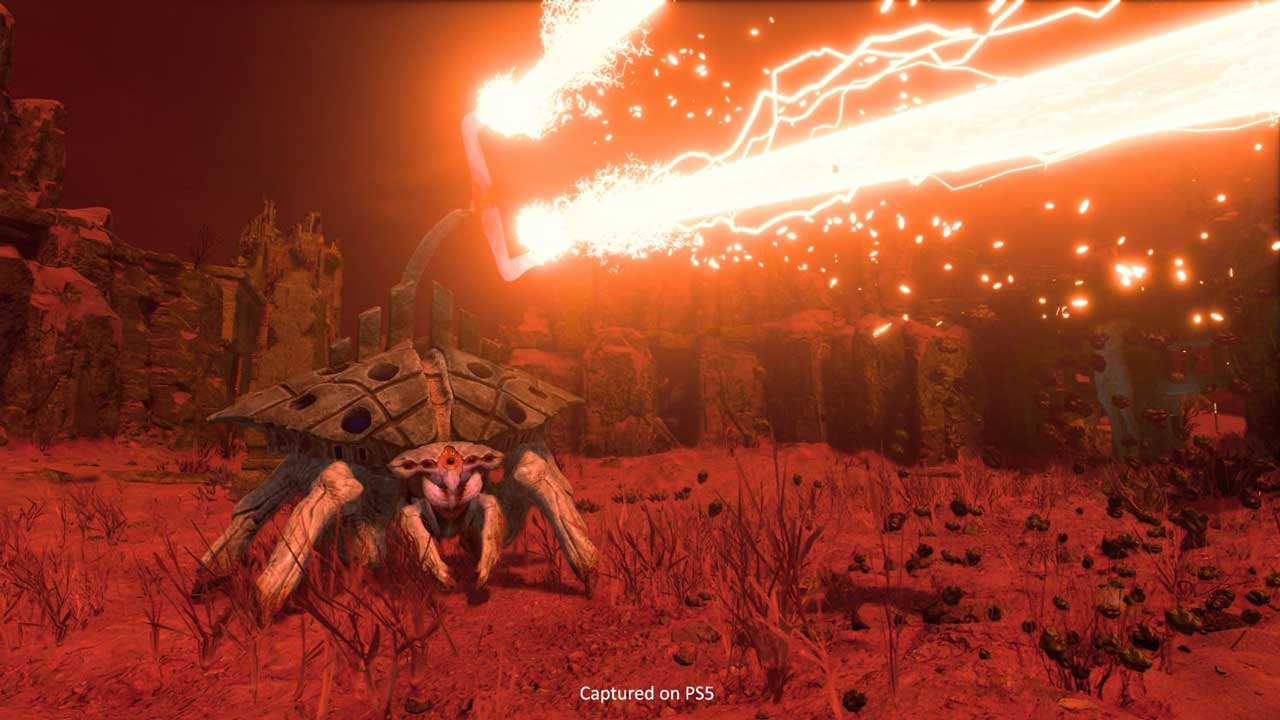 Returnal’s story approach is also quite cool as it will see the camera turn from third-person to the first-person perspective so players can witness pieces of Selene’s past and piece together the game’s story.

Returnal is a PS5 Game!

I know this might seem obvious but Returnal is a PS5 game that it is always exciting to play something new on some new gaming hardware. There’s no doubt that the game looks rather spectacular already as developer Housemarque has taken advantage of the console’s power to create bigger worlds with lots happening on the screen all at once. But because it is a PS5 game made for the console we cal also look forward to DualSense support, fantastic audio and super-fast loading.

One particular feature I want to mention is the DualSense support. Housemarque says that each weapon feels different in Returnal and makes use of the adaptive triggers. Players will use the triggers one way to shoot each gun’s primary fire and another way to make use of the weapon’s secondary fire. In addition, players will be able to feel the recharge of certain weapons in the triggers too. It is going to be quite a thing to experience. 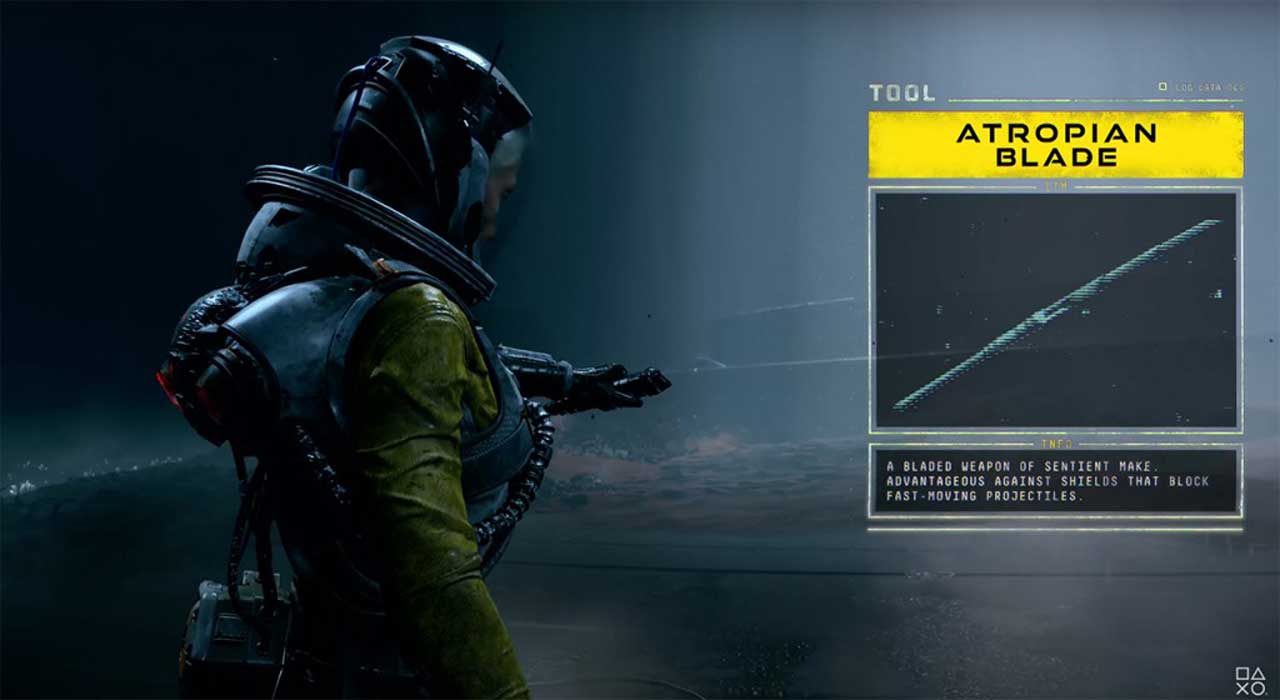 So there you have my five reasons why you should be excited for Returnal. Catch up on the latest trailer for the game down below. Returnal releases on 30 April 2021 for PS5.