Shadowkeep is almost here and some of us are going into hoarder mode trying to make sure our characters are ready for the best possible start when Destiny 2: Shadowkeep launches! We have 5 awesome tips for you guys to get you that dream start in Shadowkeep that will not only let you out the gate running but also put you in a position for the best customizing experience!

Before we start, we are giving away two Deluxe Edition copies of the game thanks to Bungie. Enter here.

Check out our video guide on 5 ways to prepare for the upcoming expansion below.

Now, this is an age-old tactic that players have used to level quickly ever since Destiny 1! It’s very simple and really doesn’t require too much effort! If you’re playing Destiny right now while waiting for Shadowkeep, it will be worth your while to complete and hoard bounties. While some bounties that will be rewarding gear won’t help in the levelling up process, as the gear will be capped at 751, it’s their XP that we are after. 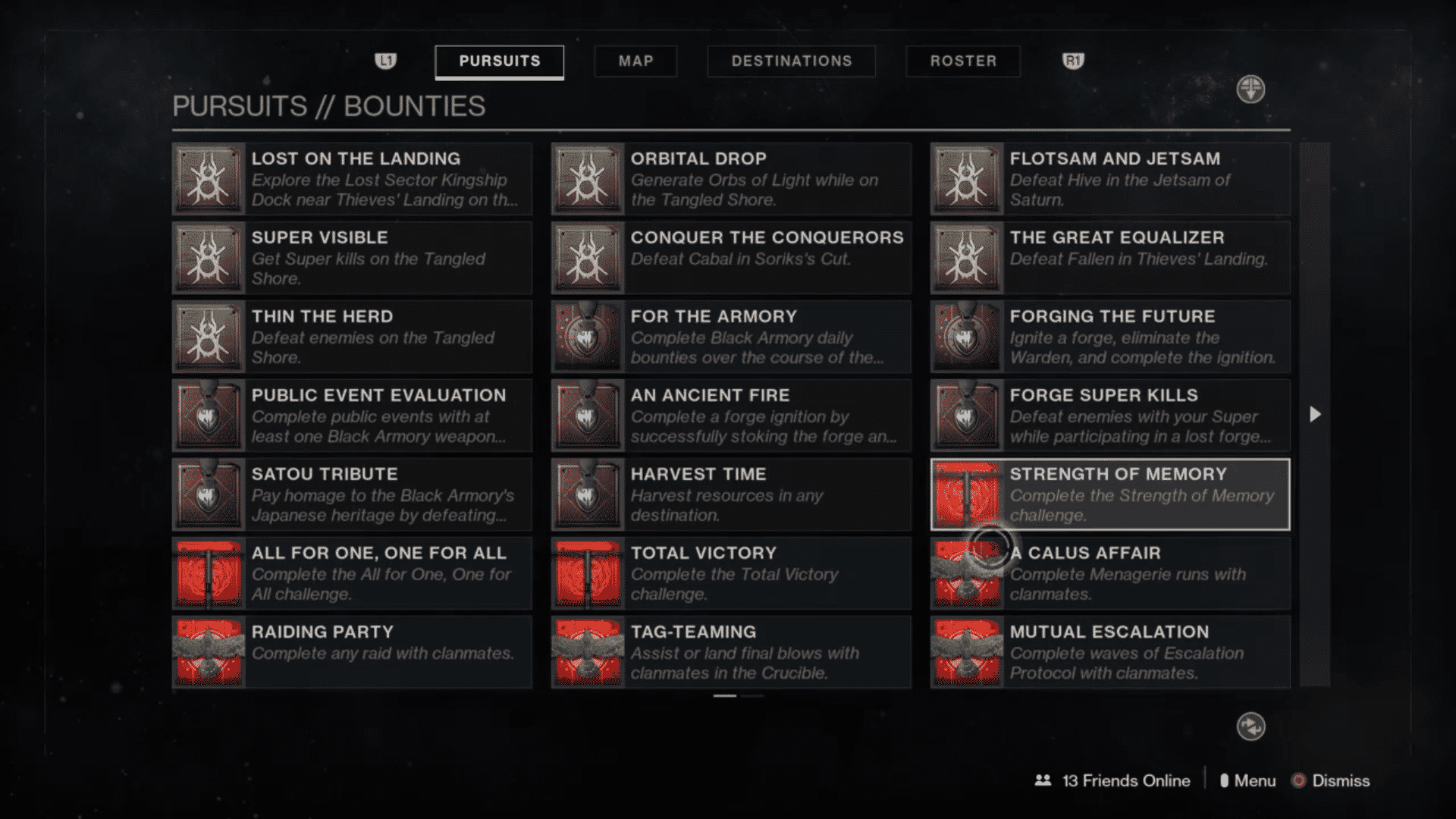 Having an on-demand stash of XP will no doubt skyrocket your character right out the gate when the expansion launches. You might be thinking to yourself “the level cap has not changed from 50, why would we need XP bounties then?” Well, this is where the seasonal artefact comes in! This item will provide you will a power level boost, meaning early in the season you could potentially be higher power level than what some tough activities would require you to, such as day one Raids or the new match made activity called Vex Offensive. 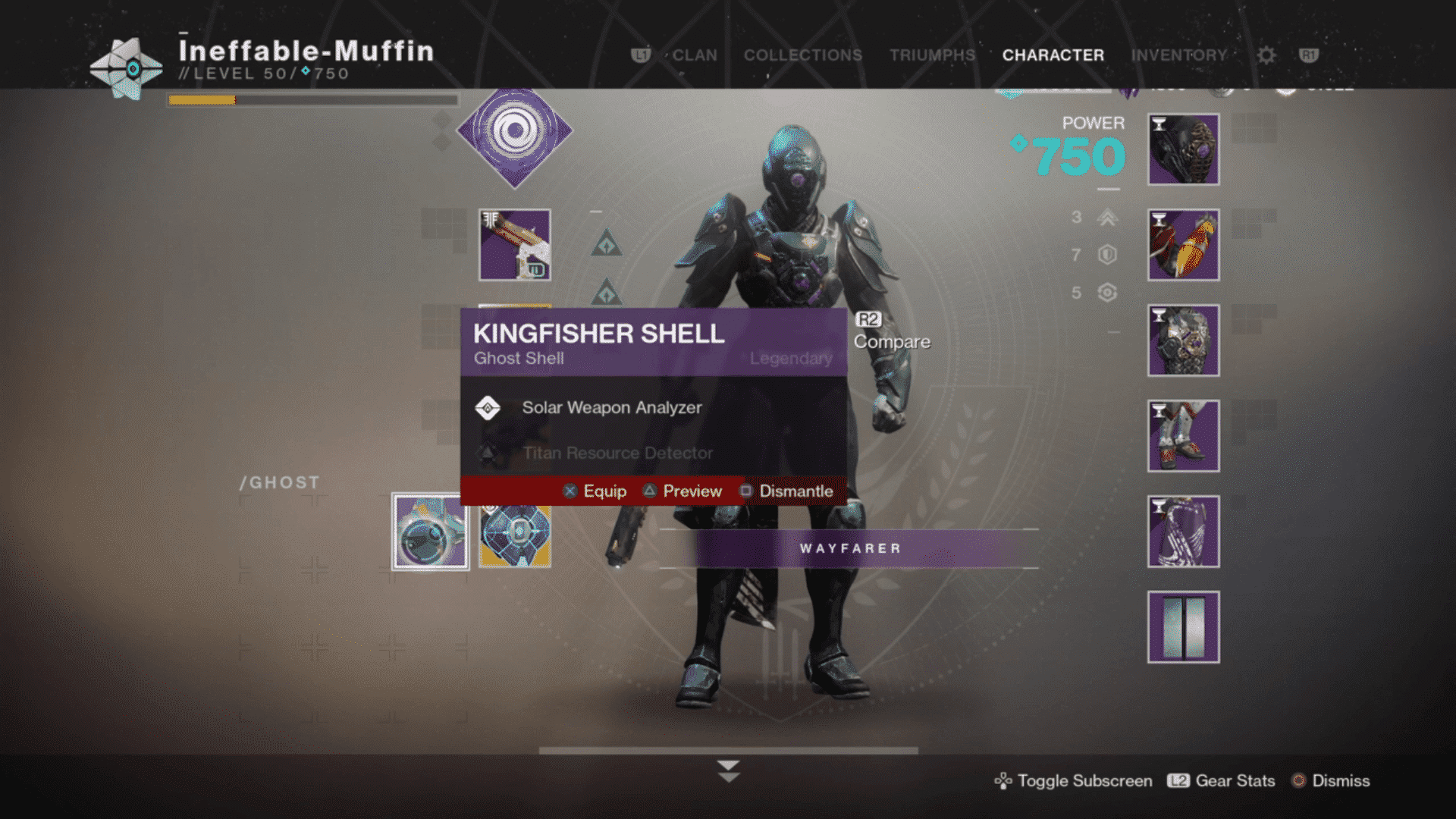 If you’re worried about losing your favourite ship or sparrow, it will only be for a couple of days. Once Shadowkeep launches you will be able to buy that ship or sparrow back from the collections for legendary shards instead of bright dust, so just be a little patient.

While Bungie is introducing new materials that we will use for infusion and Masterworking, the old materials will be no less valuable. Enhancement cores will still be an integral part of masterworking armour and weapons. My advice here is that you stop infusing items and masterworking weapons for now. Bungie has stated that when the expansion launches, all items for all players will be instantly set to 750. Meaning infusing right now unless you totally need to is a complete waste of time. 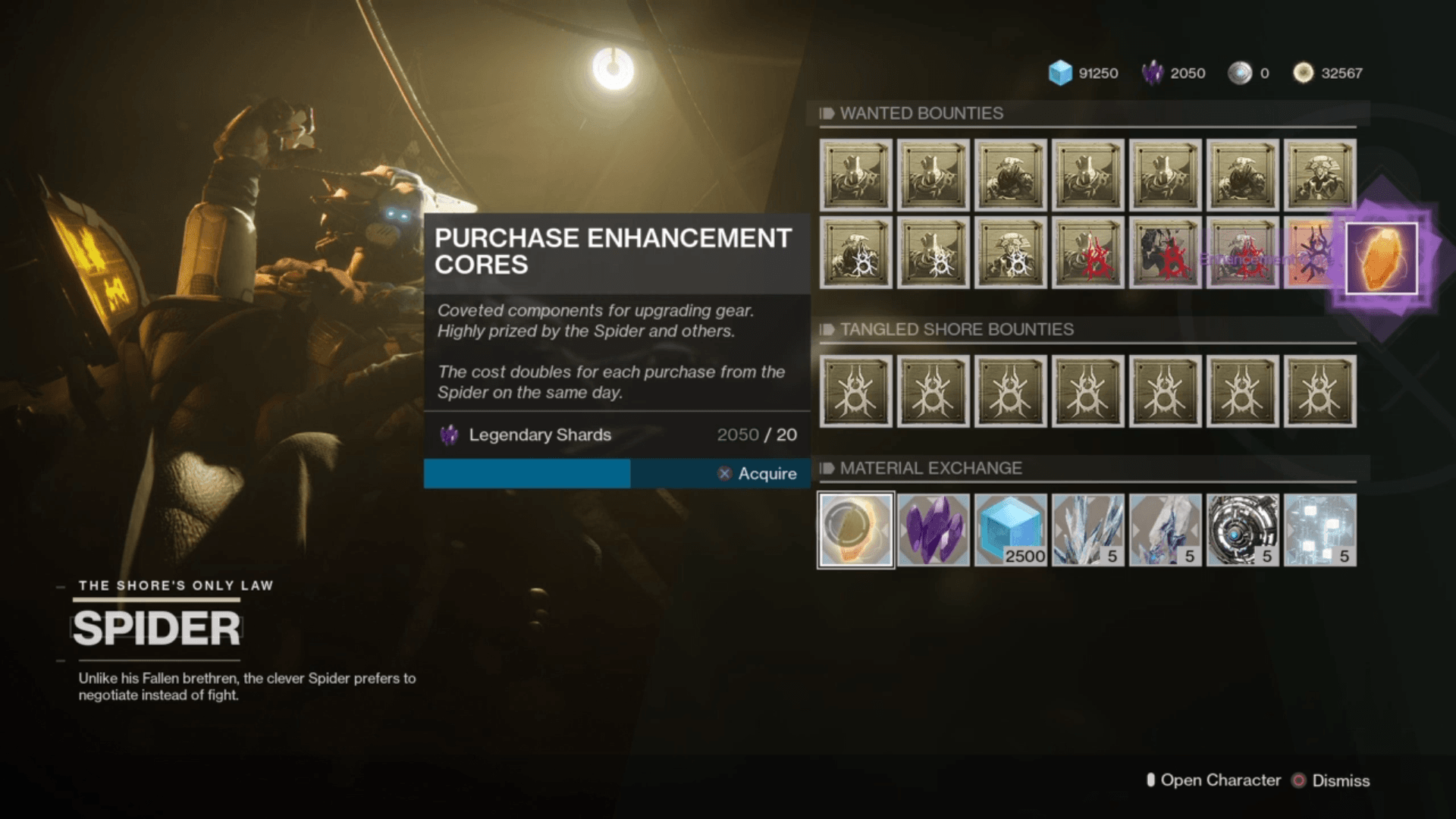 I also recommend buying 2 masterwork cores from the spider each day after reset. The spider’s price for masterwork cores increases for each one you buy but resets daily meaning the cost for 2 cores each day will be 30 Legendary shards. Feel free to also buy any materials you need from him too.

As you may know, mods are going to be a huge part of Destiny 2 Shadowkeep and the overall building of your character. Mods will be becoming universal however only once you’ve obtained them. Bungie has come out to say that if you have a copy of a mod in your inventory, this will count towards obtaining them. So my advice here is getting a single copy of each mod into your inventory before 1 October. It’s worth noting that having a mod in your armour or in a weapon will not count towards obtaining it in the new mod system, so either you will need to scrap that piece of gear that has the mod in, or get a new one. 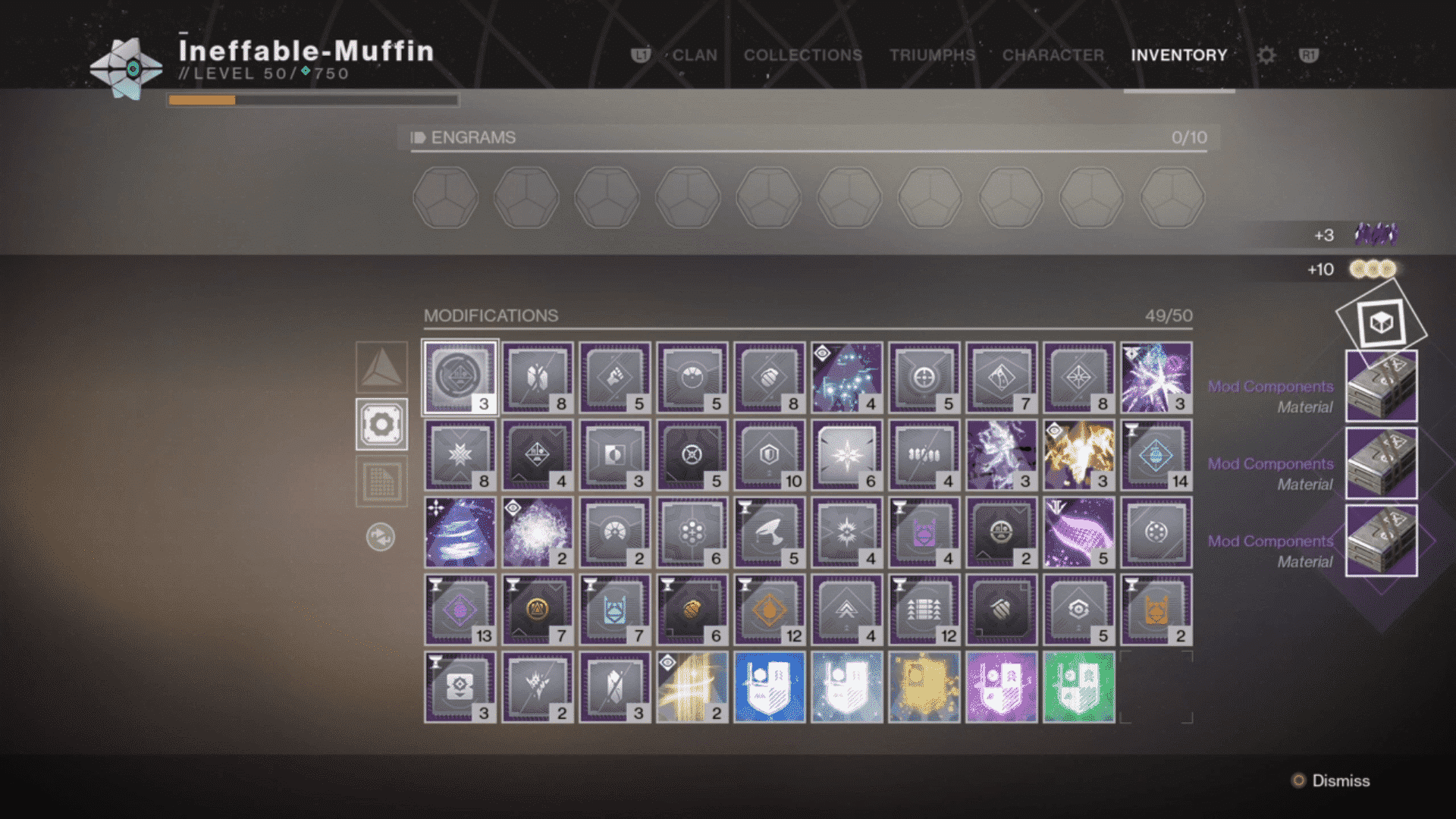 Best get down to ADA 1 for that rampage spec. Additionally, I recommend just scrapping all your mods except for the single copy of each. Having a good stockpile of mod components will come in handy as you will be able to purchase the new mods from Banshee in the tower when the expansion comes around.

Clean Your Vault and Buy XP and Loot Boosts

Now I know this a top 5 things but since one of these are so minor I decided to include it with another point. First off, clean out your vault! Shadowkeep will undoubtedly bring an abundance of new weapons and armour and you will need that space in your vault. If you’re like me, you might have a ton of useless weapons in there that you thought you might use but never did or even just some armour that had a nice look to it. 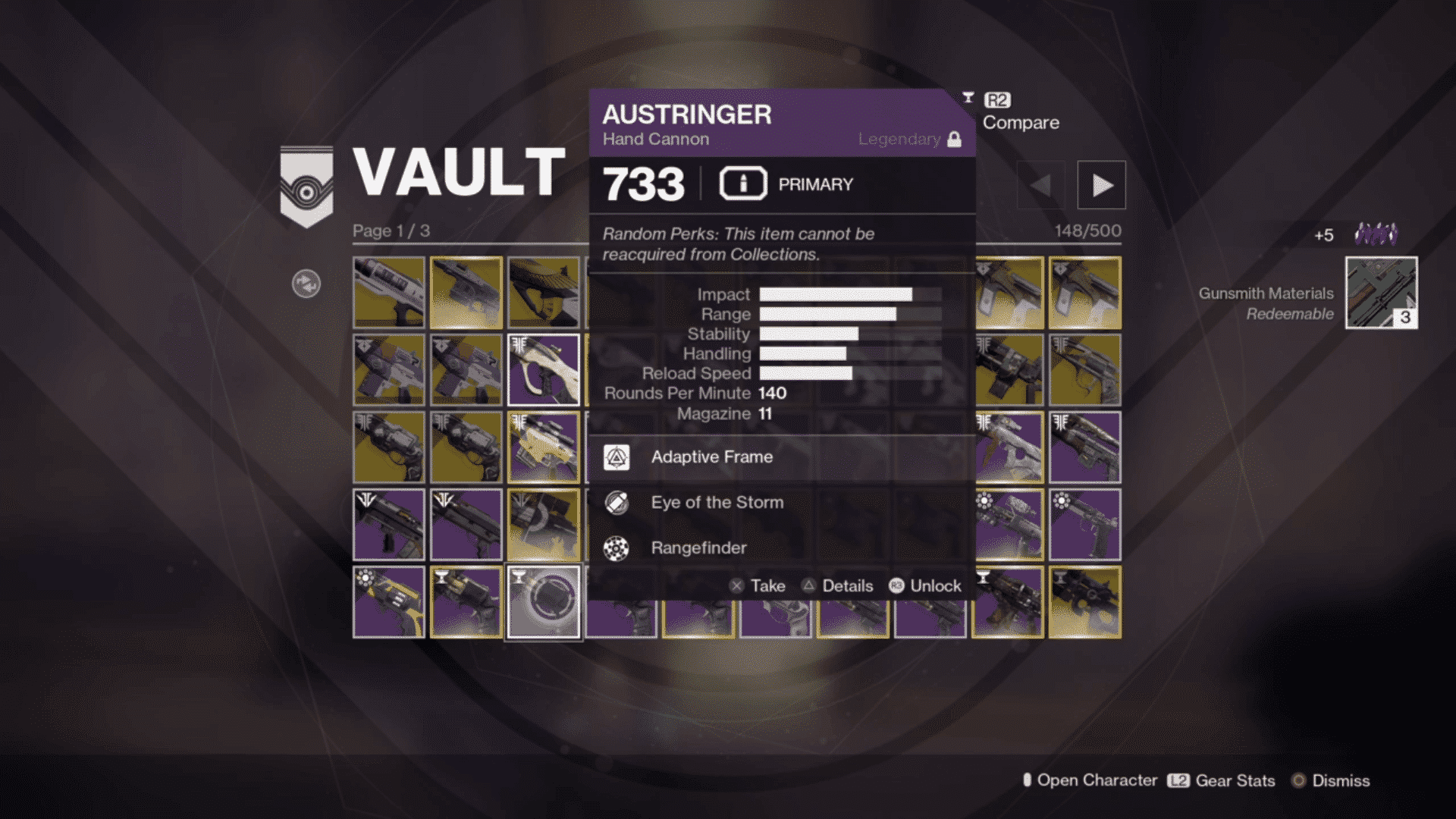 Just scrap it, if you haven’t used it in weeks then you probably won’t ever use it. Next, we have the XP and loot boosts. Eververse sells a fire team medallion which boosts XP and loot gains for your entire fireteam for 4 hours. Combining this with a ghost that has the perk guiding light will ensure some super speedy XP gains!

Do you have any advice for us as we gear up for Destiny 2: Shadowkeep? Let us know down below.