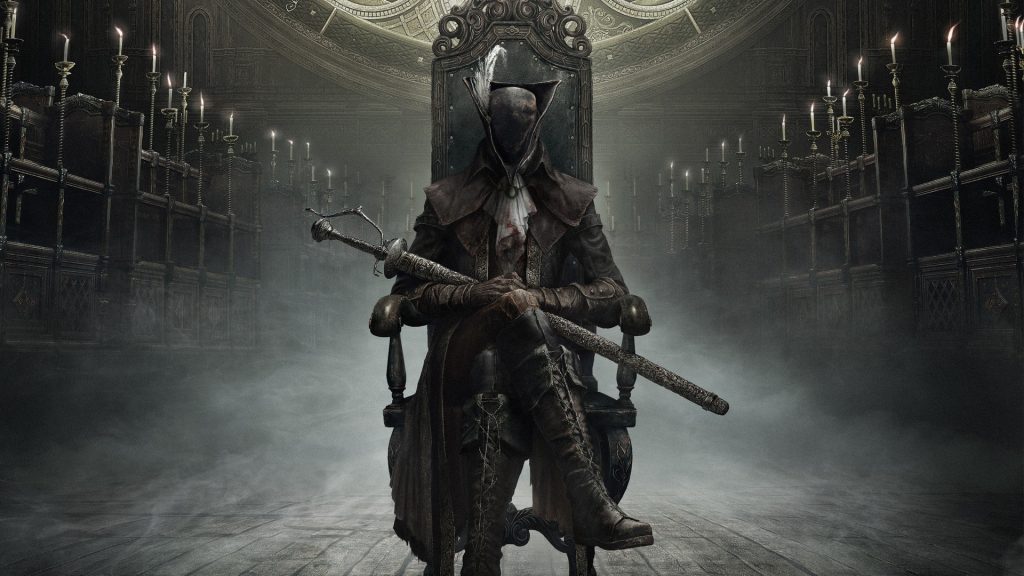 The PlayStation console has always had one thing over the others, a stunning line-up of first-party games that helps sell the console. Be it Ratchet and Clank, Uncharted, Gravity Rush, DriveClub, the list goes on, Sony has always made sure that if you are a PlayStation gamer, you will have experiences on the platform that you will not find anywhere else. Some of these, however, have been left behind over the years with no sequel, spin-off, or prequel in sight, and this made me wonder what other PlayStation series deserved a sequel but never got a chance?

What do you get when you take the best RPG makers in the industry and let them create a spiritual successor to Dark Souls II only on PS4? Well, you get Bloodborne. This hardcore action adventure shook up the classic Dark Souls combat mechanics by eliminating the shield in turn for a faster and deadlier game. Bloodborne redefined its own genre and went onto being one of the best PS4 exclusives on the platform.

Back when the PS3 was released, its true power was showcased in a hack and slash adventure by none other than Ninja Theory. Heavenly Sword followed the story of Nariko who was born into a family with some major problems. During her birth, her mother passed away, which in turn brought a wave of disrespect on her during her childhood and early adulthood. Nariko struggles to earn the respect and love of her father and in turn sets off to take down the mad Emporer who has waged war against her people. Heavenly Sword is an epic game that had a decent combat system, and a great story that reflects on respect and sorrow.

During the original PlayStation days, Square Enix, known then as Squaresoft, were not as restricted to their industry-changing game series as they are now. Back then we could enjoy games like Chrono Trigger, Chrono Cross, and one other jewel known as Vagrant Story. This RPG was a unique blend of a dungeon crawler and an RPG. The game followed the story of Ashley Riot and was set in the New Valendian Kingdom, a medieval city-state. While the game never received a sequel, it went on to become one of best RPGs on the PlayStation and still today fans of the game are begging for a remaster, remake, or a sequel of some sort.

Quantum Theory has a knack for creating stellar, narratively driven games and while Beyond: Two Souls fell flat, the game that came before, Heavy Rain, was a fantastic story-driven action detective game. Heavy Rain follows the story of the Origami Killer who has been hunting down people and drowning them during an excessive period of rain. What made Heavy Rain so great was the way its story and playable characters all came together to tell a great horror story. You even take the role of the killer himself but had no idea you were doing so. Heavy Rain was filled with intense moments, great character development and most of all, a spine-chilling story.

One of my all-time favourite multiplayer games was an online-only PS3 shooter known as MAG. Back on the PS3 massive online shooting battles were not a thing, and while now we have Battlefield, it too has not been able to reach the intensity and threshold of what MAG did. We are talking about 256 players online in one match on a console. MAG even went onto winning a Guinness World Record for the most players in one match on the console, and that is a pretty big deal. While the servers are offline today, I will never forget its intense battles and its crazy player roster. In MAG you were truly just a number.

Folklore was another great PS3 exclusive that flew under the radar. The game was set in Ireland and had a heavy focus on Irish mythology. The game centred around two playable characters, Ellen, and journalist Keats, who travel to a village called Doolin. Both players can control these creatures known as “folk” as they combat through the game and defeat enemy “folk”. Each creature was unique in its own way and had various battle styles to master. Both Keats and Ellen had a unique way to control them too, making the experience similar to a Digimon game.

Shinji Mikami’s PS2 beat em up was one of the best action games on the system. It was one of those games where you wish you could play it over and over again thanks to its fluid combat system and a fantastic amount of comic relief. The game follows a martial artist who wields a pair of divine arms known as the God Hands. In order to save the world from demons, the fighter sets off to destroy the enemies and claim back his home.