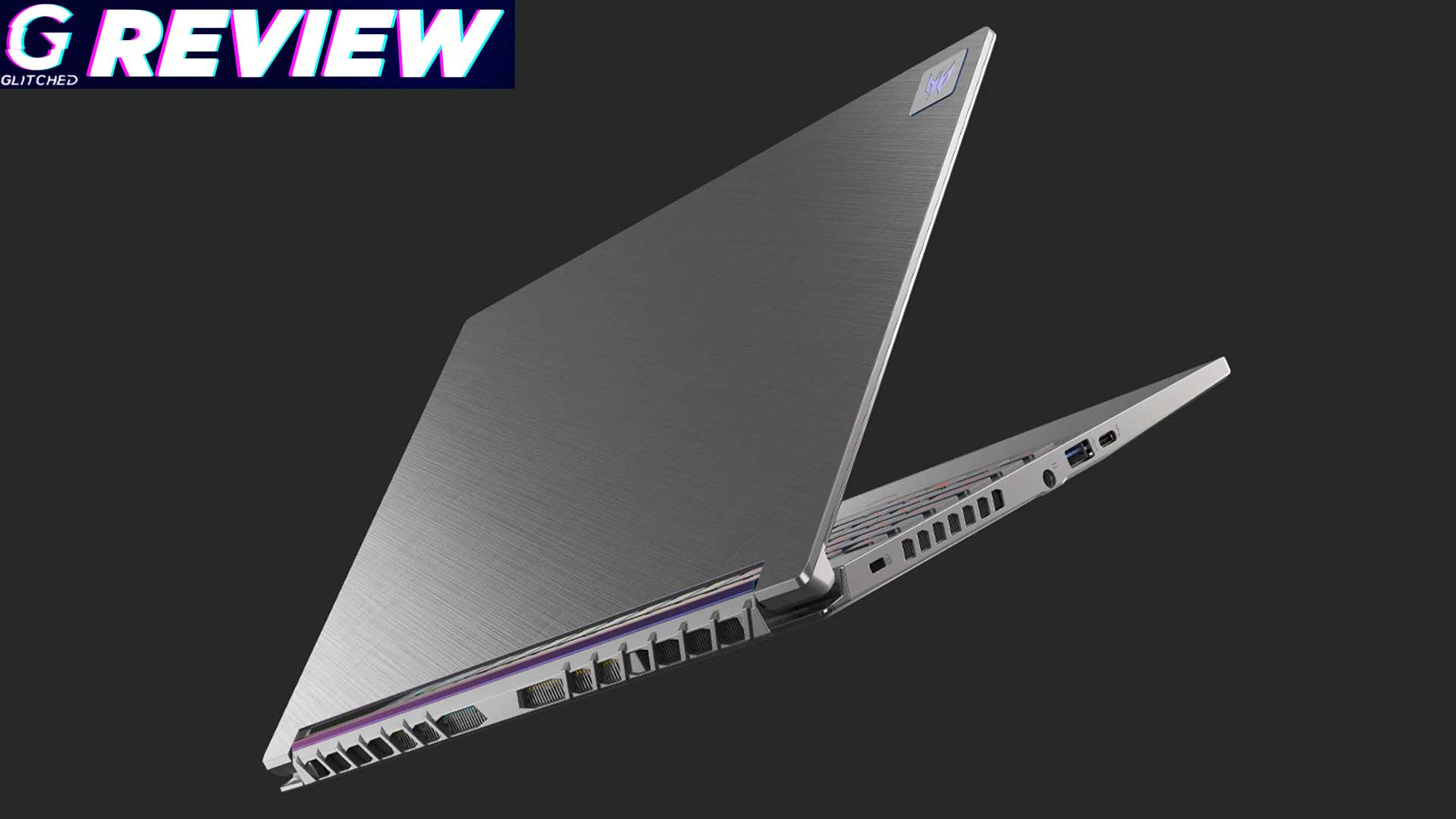 The Acer Predator notebook range is still one of my all-time favourite brands on the market. I have always enjoyed the no-nonsense, refined approach that Acer takes on all of their hardware and the Predator Triton 300 SE is no different. Not only does it perform well but the design and price makes it one of the best gaming laptops you can own right now.

Before we start it is important to know why the Predator Triton 300 has an “SE” at the end of its name. The SE stand for “special edition’ in this case because this notebook is a little different from the other Triton 300s on the market. For starters, this is a 14-inch notebook which is a strange size compared to the traditional 13 and 15-inch displays. But the overall design aesthetic of the notebook is also very different from Acer’s current range. 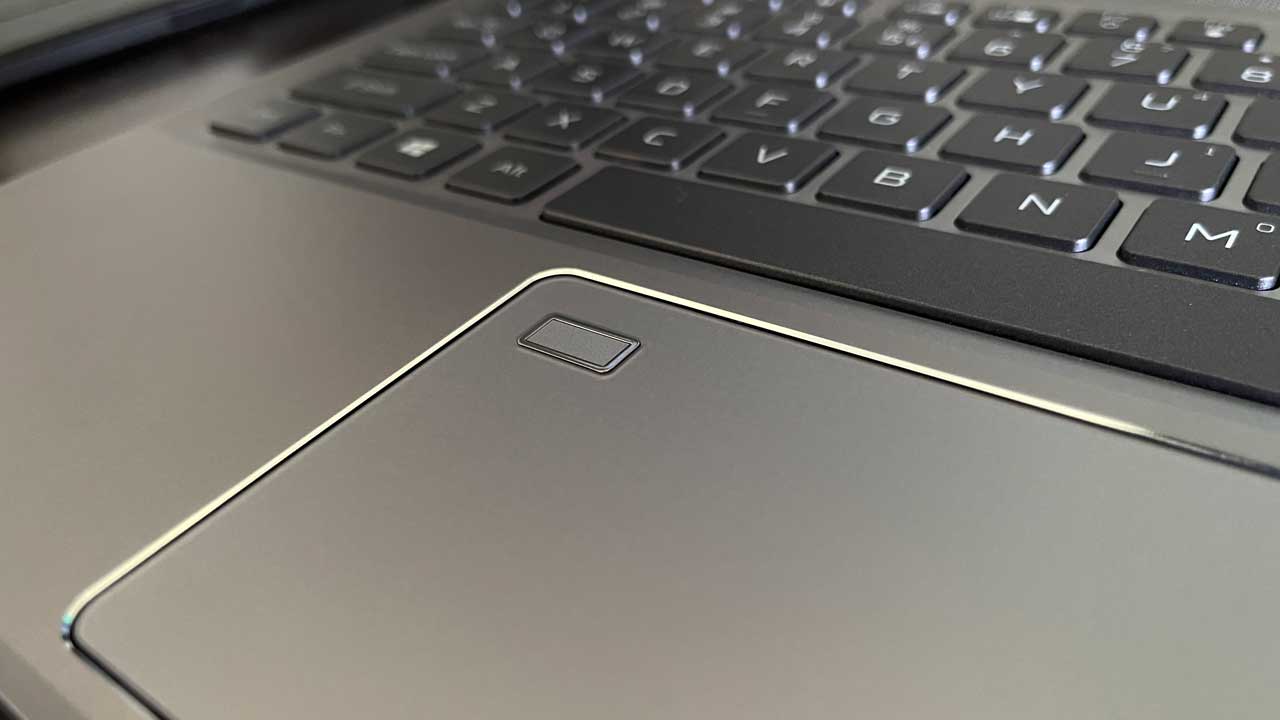 It features a brushed steel shell that is cold to the touch. Most of the notebook is metal besides the bezels on the display which makes it feel fantastic in your hand. While this is a gaming notebook at heart, its design screams minimalist and you have to love it for that.

When it comes to the size and design, the Acer Predator Triton 300 SE only weighs 1.6Kgs which again is very impressive for its form factor. It is a portable notebook that has been designed to be carried around with you to and from places and something great to have on your lap while watching TV. Of course, gaming takes a lot of preference here but we will talk about that in a bit. The 14-inch display on the Acer Predator Triton 300 SE takes some time to get used to. Anyone who games on anything bigger will find it a lot smaller and immediately notice the compromise in size. It packs a 14-inch FHD 144Hz panel that is pretty standard when looking at RTX 3060 notebooks these days. The 1080p display also means there’s no way you are going to have a tough time tweaking game settings to get the best visuals at the best resolution. The display and the RTX 3060 means everything will run well and look great while doing it. Even better for multiplayer games and their higher FPS.

The Acer Predator Triton 300 SE is clean and sleek. On the left-hand side, you will find the charging and a USB A and C port. On the opposite side, another USB A, HDMI port and headphone jack. Pretty simply and those who enjoy hardware without complicated layouts will love it. Others might find it an issue. There’s no ethernet port here or SD card reader. Sure, the notebook has Wi-Fi 6 but the lack of ethernet could be seen as a dealbreaker to many. 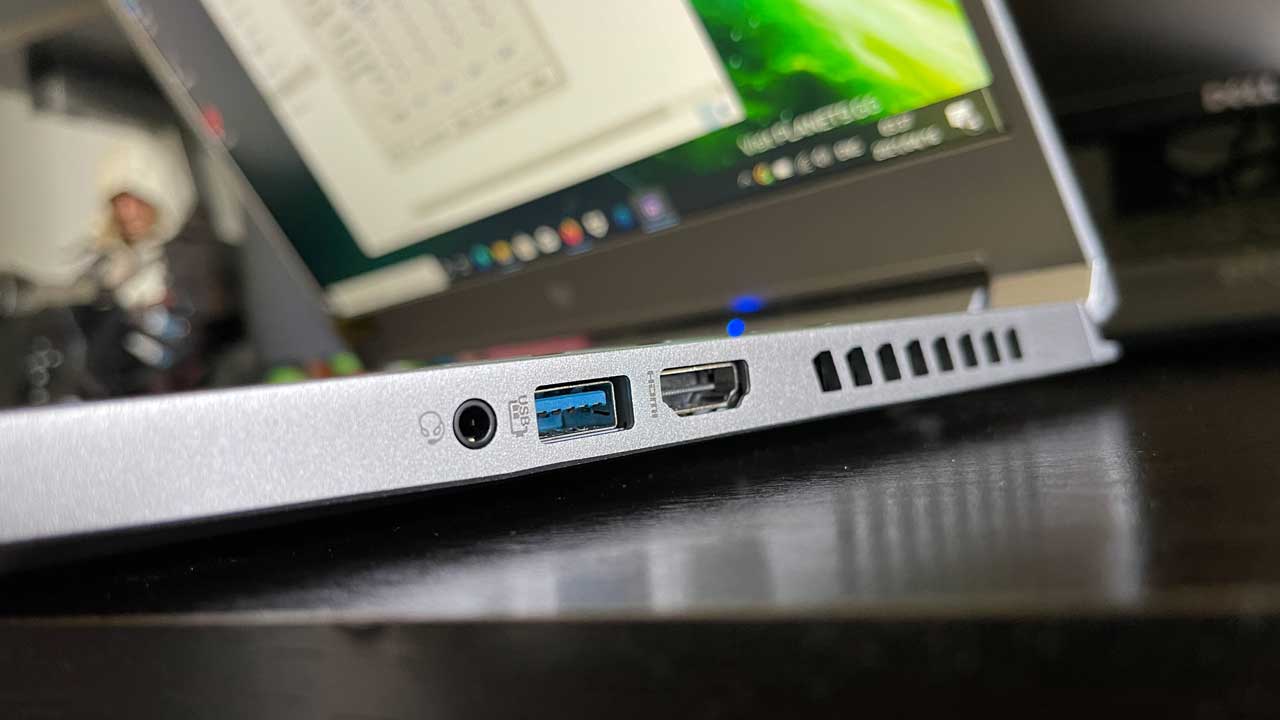 The keyboard is fine. It is nothing wonderful but it looks great and feels nice to type on. The Acer Predator Triton 300 SE does not have per-key RGB and instead is divided into three areas where you can tweak the colour zone as you see fit. A bit let down by the lack of per-key RGB but the backlighting is bright and the silver keycaps make it look even better in person. The touchpad is also great and features a fingerprint reader. The pad it nice to click and is ever so slightly indented into the notebook shell. There’s also a 720p webcam.

The model Acer sent me to review was configured with an RTX 3060 6GB, 11th Gen Core i7 3.30GHz 11375H CPU, 1TB SSD and 24GB of RAM. I have never reviewed a notebook before with 24GB of RAM preinstalled. Usually, it is 16GB or 32GB. I checked CPU-Z and the RAM was running dual channel and there was only one slot of RAM being used. This means Acer has probably soldered 8GB onto the board and installed another 16GB manually. I am not sure why the company would do this instead of just installing 16GB or 32GB manually. 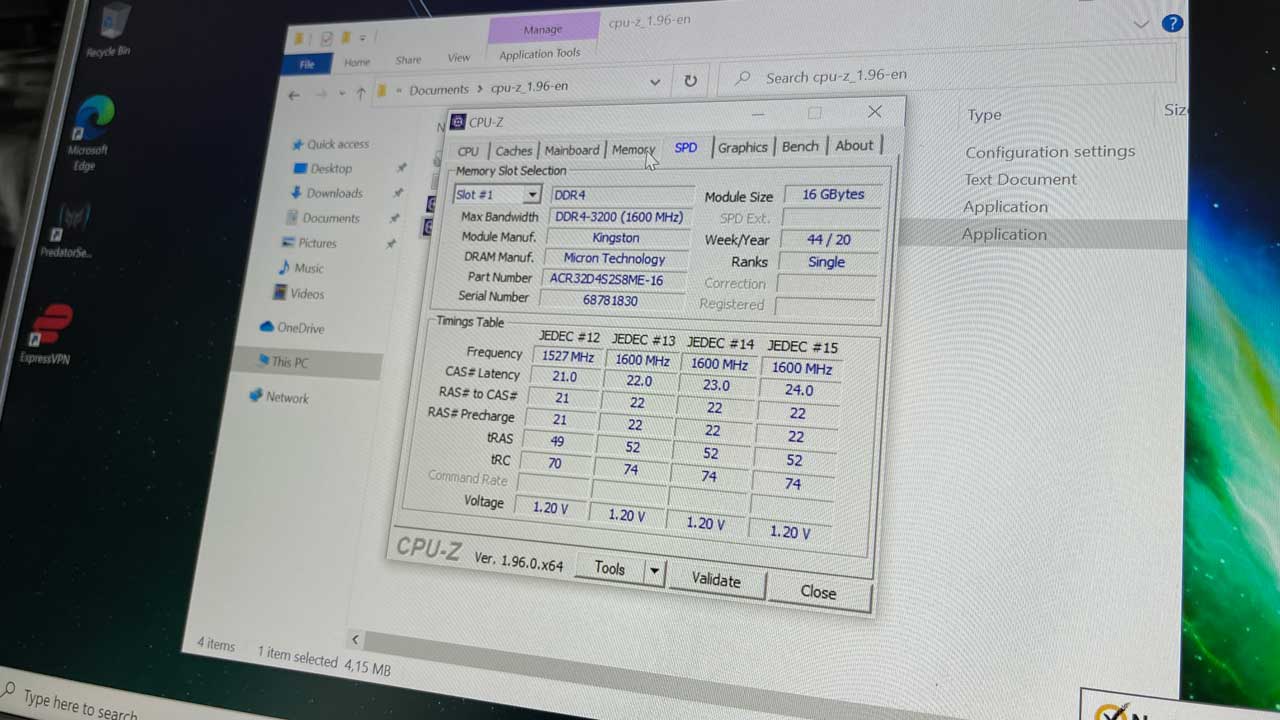 Of course, these numbers are just the tip of the iceberg and real gaming tests are more important in making sure a notebook like this can perform. I tested a handful of games on the device and each performed very well. Shadow of the Tomb Raider capped at 60FPS during its highest 1080p benchmark test. Far Cry New Dawn hit the expected average at 74FPS during its Ultra 1080p benchmark. Even Assassin’s Creed Odyssey hit 52FPS which was also surprising given the 49FPS average. 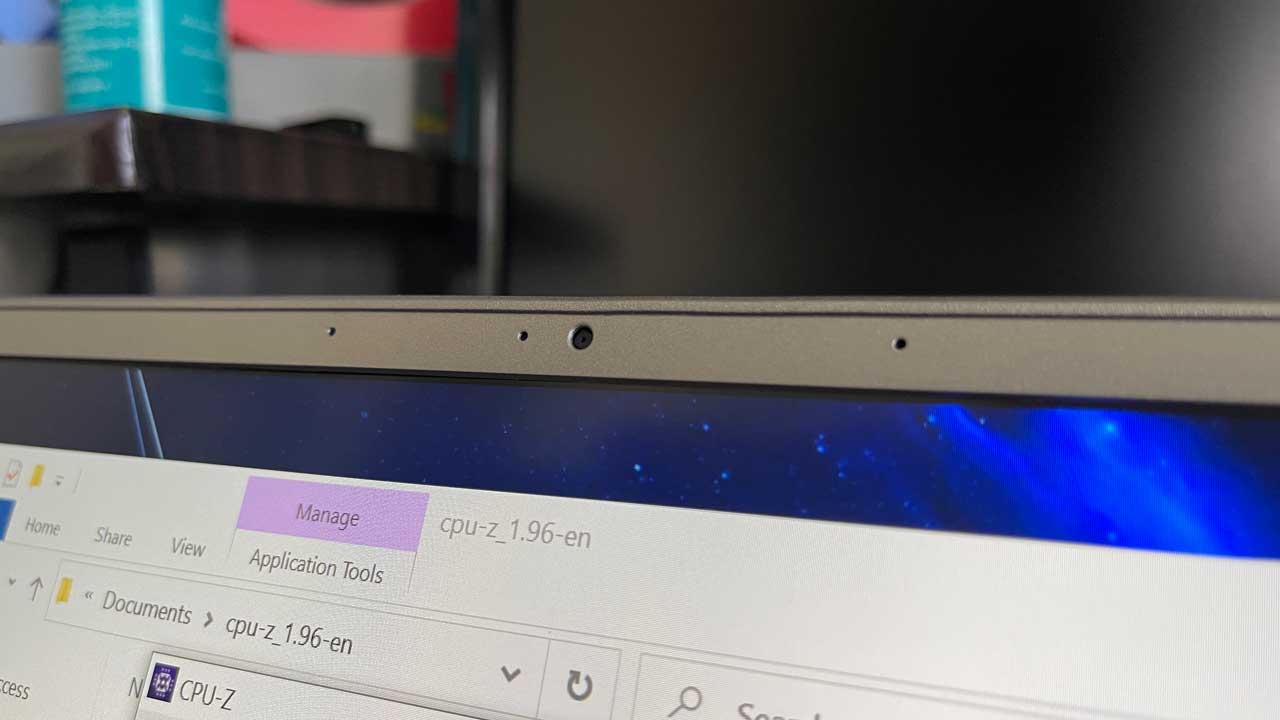 Where the Acer Predator Triton 300 SE shines is in its multiplayer games. You can clearly see these games which are made for high refresh rate displays make the best use of the device. Rainbow Six Siege is a good example. 175FPS on high not only looked superb but it surpassed the displays 144Hz and performed extremely well. Anyone who plays competitive games including Destiny, DOTA, CS: GO and Overwatch will have the best experience here and the display combined with the performance makes it a dream gaming notebook.

When it comes to the cooling inside the Acer Predator Triton 300 SE, it holds up pretty well. The average temperature of the CPU ranged between 76-80 degrees celsius during heavy gaming with Turbo Boost enabled. This allowed the CPU to hit around 4.4GHz in the Turbo Mode. The actual device’s heating remained below 50-degrees even underneath the notebook which makes it bearable for lap gaming if you’re into that. Yes, the fans are a little loud but they never got in the way. I kind of got used to them after a while. The Acer Predator Triton 300 SE has a decent battery life which is something I don’t usually expect to see on a gaming notebook. I easily got 7 hours of life out of it when just typing and web browsing on a 50% brightness on battery saver mode. You could possibly extend this even more if you want by lowering the display brightness down a tad bit more.

Acer does claim it could get up to 10 hours but that may be a long stretch. Still, the Acer Predator Triton 300 SE have a much better battery life than most gaming notebooks in its price range. Considering the size of this device, it is great for travelling with it without worrying about it dying on you. 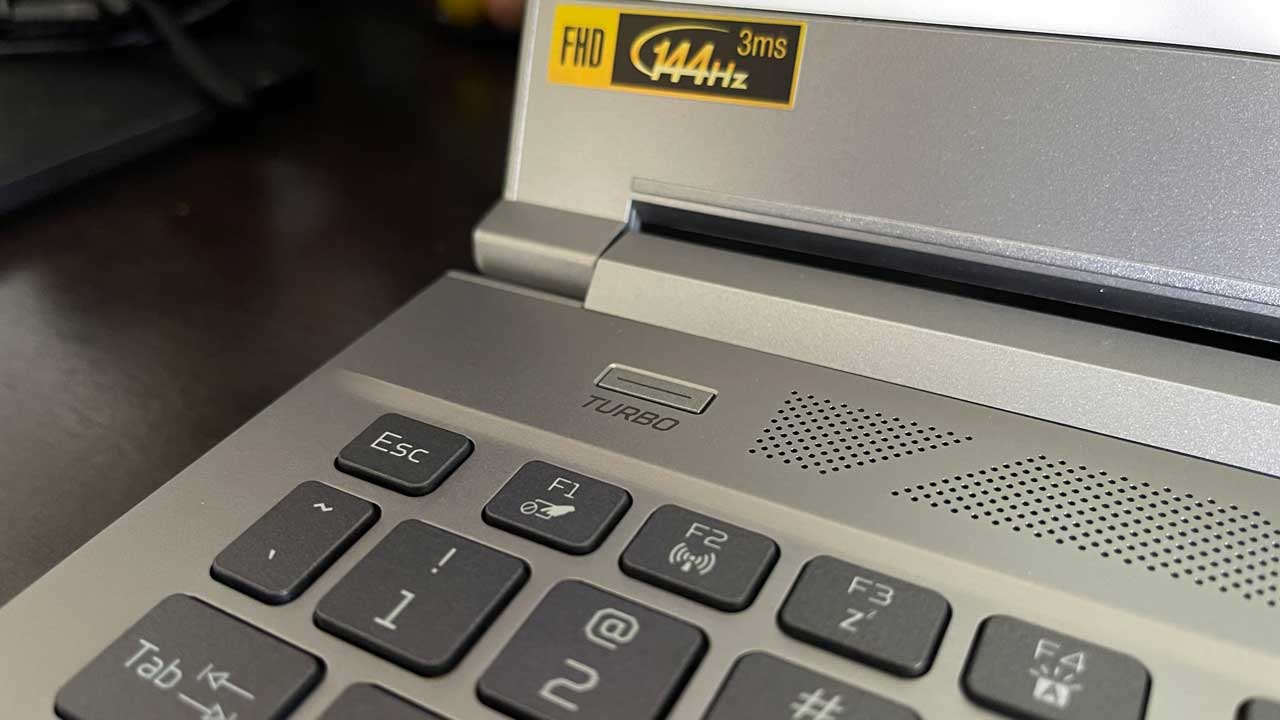 As for the sound system, it is okay and not something you should look forward to using. While it is great for general use and videos, the speakers don’t pack much power and you won’t feel any sort of immersion here while gaming. Basically, the same as most gaming notebooks. Of course, this is a Predator notebook so it will scream at you every time you boot it up with an over-the-top, flashy intro. Please, Acer. Get rid of this by default. My ears!

The Acer Predator Triton 300 SE is a wonderful gaming notebook and kinda reminds me of the brand’s Helios 300 from back in the day. Mainly due to the great value for money. It costs R29,999 which is very competitive when you compare the likes of other brand’s. While The RTX 3060 has some incredible performance and you’ll game at 45-60FPS on any modern game and over 100FPS on multiplayer games. It is not bad. All of that in addition to the great design makes this notebook one to consider.

This Acer Predator Triton 300 SE review was based on a loan unit sent to us by Acer. You can visit the Acer Store to find out more about this notebook.