Advertisement
All The Awesome Video Games Releasing in July 2019 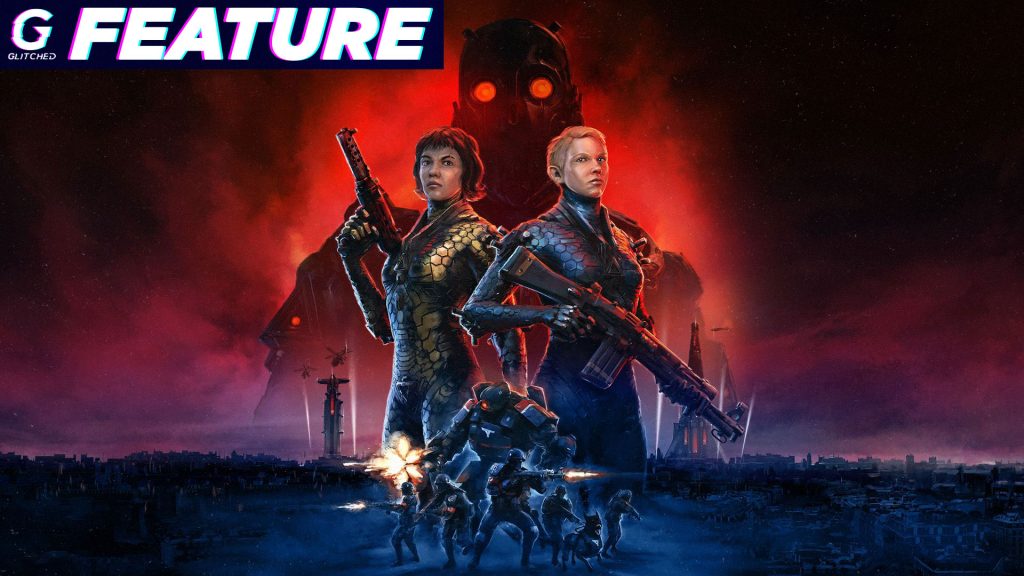 Although not the most exciting month ever, the video games releasing in July 2019 will definitely be enough to keep us warm, inside our dwellings, playing games until the cold winter month is over. The games releasing in July 2019 is no doubt headlined by Wolfenstein: Youngblood, but there are a quite a few other great titles to look forward to as well, from Dragon Quest Builders 2 on the Nintendo Switch to Stranger Things 3: The Game and more.

Check out all the games releasing in July 2019 below, as well as a description and trailer for the top games and when they will release.

Stranger Things 3: The Game is the official companion game to Season 3 of the hit original series! Play through familiar events from the series while also uncovering never-before-seen quests, character interactions, and secrets! This adventure game blends a distinctively retro art style with modern gameplay mechanics to deliver nostalgic fun with a fresh new twist.

When humans get too lonely, they turn into monsters. That’s what happened to Kay. But she’s not alone – this ocean is full of creatures just like her. Finding them may be the key to changing her back. Sea of Solitude is an upcoming third-person exploration game from Jo-Mei Games. Join Kay as she navigates the waters of heartache, empathy, and hope.

They Are Billions is a strategy game in a distant future about building and managing human colonies after a zombie apocalypse destroyed almost all of human kind. Now there are only a few thousand humans left alive that must struggle to survive under the threat of the infection. Billions of infected roam around the world in massive swarms seeking the last living human colonies.

Welcome builders and heroes to Dragon Quest Builders 2! In a world where the evil Hargon has outlawed building, cooking, and the creation of all things, YOU must defy his dastardly decree and save the world! On the Isle of Awakening your journey begins after you survive a stormy shipwreck. You’ll team-up with the mysterious Malroth, and arm yourself with mallet and club as you fight off the children of Hargon and build structures, settlements, and whatever else your imagination is inspired to invent!

Wolfenstein: Youngblood is the first modern co-op Wolfenstein adventure. Team up with a friend or play solo as one of BJ Blazkowicz’s twin daughters and wield a powerful arsenal of new weapons, gadgets, and abilities to liberate Paris from the Nazis. Wolfenstein: Youngblood features the most open-ended Wolfenstein experience to date. From a new base of operations located deep in the heart of the Paris catacombs, plan how and when to attack and dismantle the Nazi regime.

Wolfenstein®: Cyberpilot™ brings virtual reality to the revolution against the Nazis. Paris. 1980. You’re the best hacker in town. Your mission: aid the French resistance by taking control of powerful Nazi war machines. Ram, gun down, and burn your way through the City of Love, leaving dead Nazis in your wake. Saddle up, Cyberpilot, you’re one of us now.

War is coming to the great land of Fódlan. Here, order is maintained by the Church of Seiros, which hosts the prestigious Officers Academy within its headquarters. You are invited to teach one of its three mighty houses, each comprised of students brimming with personality and represented by a royal from one of three territories of Fódlan. As their professor, you must lead your students in their academic lives and in turn-based, tactical RPG battles wrought with strategic, new twists to overcome.

The Executioner puts you in the shoes of a man who tortures people for a living while trying to retain his own sanity. In this game the monster isn’t lurking behind you. You are the monster, if you choose to become one.

Which of the July 2019 games releases are you looking forward to the most? Let us know in the comment section below.