Before I even get started, this post contains spoilers so if you haven’t watched Invincible yet, then read my post about it here. Watch it and meet back here when you’re done. Now that we have that out of the way let’s talk about Invincible.

It’s no secret that I loved Invincible. Season 1 was one of the highlights of my tv watching year so far – and with Amazon announcing that it’s been renewed for Season 2 and 3 already,  I’m not the only one crazy about this comic book adaption.

Now that I’ve had enough time to truly let the final episode of Invincible Season 1 set in and maybe even re-watched the series (I will confirm or deny nothing), I’m ready to share my top 4 Easter Eggs that I found along the way. 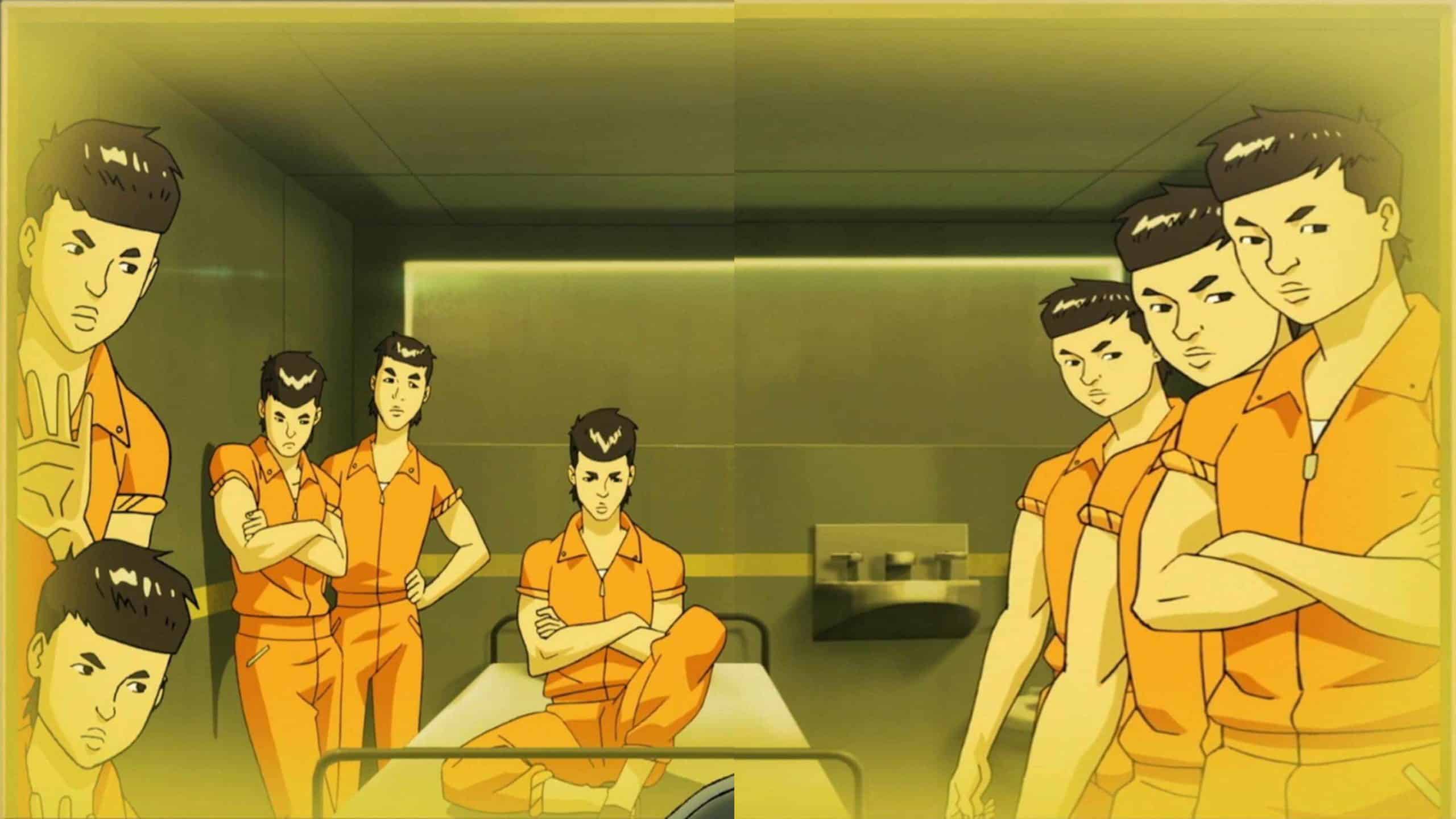 Very early on in Season 1, we get a scene of a guard walking through a supervillain prison passing a couple of the cells and giving us quick glimpses into what lies within.

One of these glimpses is of a cell that is seemingly filled with a bunch of people who all look exactly the same… That’s because they are.

If you’ve read the Invincible comics you already know that the person inside the cell is the villain known as Multi-Paul – the estranged brother of none other than beloved Superhero, Dupli-Kate. This is a fun little hint at possible future introductions.

This is a fun one. In Episode 7, we get to see the Mauler twins try to bring back a hero known as “The Immortal”. During this attempt, we get treated to some flashes of The Immortals really long past life and we also get to see who The Immortal has been in the 3000 odd years he’s been alive… the most notable being Abraham Lincoln.

History lesson incoming: Most of the Immortal’s backstory is unknown, even to him (that’s what happens when you’ve lived for a couple of thousand years). We know that sometime over the last 3000 years, an accident gave him the power of Immortality among other things.

We also know that he was known as Lancelot for a while then as Christopher Columbus, and when he became President of the United States, he did so under the alias of Abraham Lincoln.

He was also one of the original members of the Guardians of the Globe.

…Well this scene definitely was

There isn’t really a lot for me to say about this one other than it’s a really cool addition to the show.

If you’ve read the comics you will probably have noticed how familiar this scene in the fifth episode of the show looks.

In the scene, we see Invincible rush to the rescue when a building starts to collapse with a family trapped inside. Invincible ends up holding the rubble up while the family has time to flee.

This scene is taken almost directly from the comics and including it was a great way to pay homage to the fantastic work the show is based on.

…Especially when that dragon is actually a well-known super-villain.

During the scene where Nolan takes Debbie to Rome for a date we get to see the two of them sitting at a table talking when suddenly, in the background, a dragon starts to attack and wreak havoc on the city.

Now, if you’ve read the comics, you probably realized that this is no ordinary Dragon. This Dragon is actually a well-known supervillain named Mr Liu.

Mr Liu is actually a shapeshifter and leader of the supervillain organization that Multi-Paul is a part of, The Order. He also plays a big part in the comics so it’s unlikely that this will be the only sighting we get of him.

These were just some of the Easter Eggs that I spotted hidden throughout Season 1 and I have a feeling that it’s going to take way more re-watches to spot them all.

If you haven’t watched all of Invincible Season 1 yet, you can catch it on Prime Video where it’s currently available. If you want to grab the comics (which you totally should), the entire series is available in the following formats: Digital; Single Issues (144 Issues); Trade Paperbacks (25 books); Compendiums (3 books); Complete Library editions (3 books) or as Hardcovers (12 books) and can be found here by heading over to Critters and Comics