Earlier in the year, when WandaVision premiered on Disney+, I thought it was exceptional and couldn’t see how Marvel would be able to top it. In my opinion, WandaVision did everything right. It was funny, emotional, intriguing and complete eye candy from beginning to end. WandaVision brought life to characters that had never been more than background players in the MCU before, and Loki is no different. Loki had a lot to stand up to, Disney+ had already set the standard incredibly high, but it’s a standard that Loki not only met but surpassed.

Like the other MCU shows that came before it, Loki wasn’t a long series with only six episodes in total, but that’s also part of why it shines. In those six episodes, there is never a dull or wasted moment. While the story is being driven forward, we’re treated to so many little nods to the comics and to the MCU movies that you can’t help but be enthralled episode to episode.

While there have been hundreds of Easter Eggs hidden throughout Loki, they’ve also been covered tirelessly, and there is little need for me to rehash them. Instead, these are just a few small moments and people who really stood out to me during the show and who I think everyone should know more about: 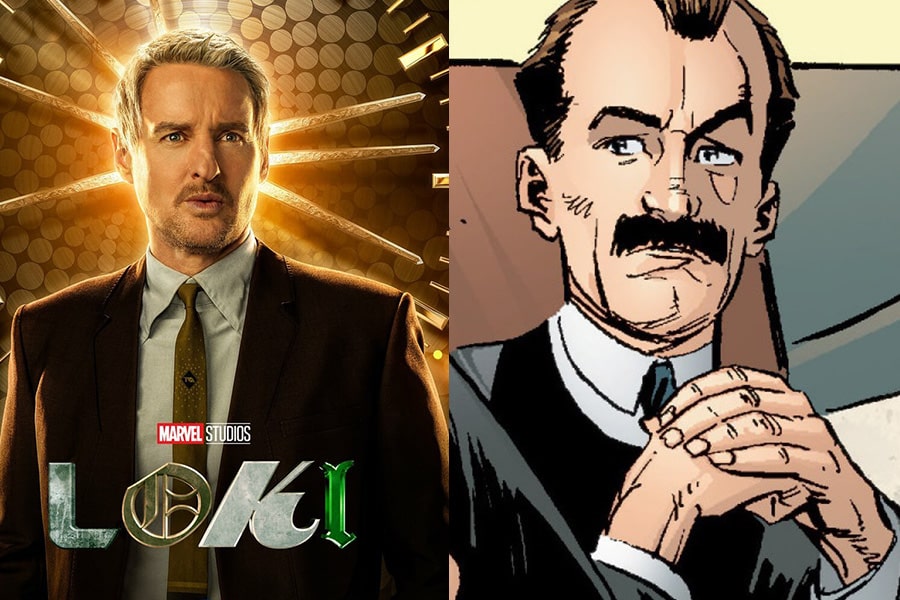 What could the “M” stand for?

Mobius Mobius Mobius (and yes, the M in his name really does stand for Mobius) is a character that was taken almost directly from the comics. I mean just look at how well the casting for his role was.

Mobius started out as a junior manager at the Time Variance Authority. Because of his attention to detail, he was soon promoted to senior management. Various versions of Mobius from different times make up the entire middle management of the T.V.A. These include but aren’t limited to: Mr Paradox, Mr Tesseract and Mr Orobourous. During his time as senior management Mobius prosecuted the Fantastic Four for illegal time use and continuity theft. He also presided over She-Hulk when she was on trial for warning Hawkeye of his impending death. 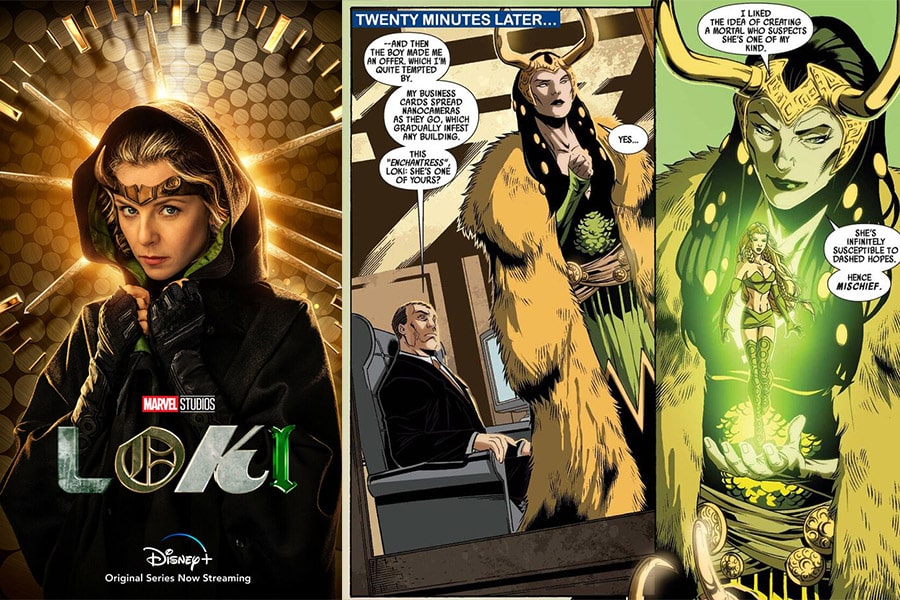 What would you say if I told you that I have my doubts about Sylvie being Lady Loki like many presume her to be? (disclosure I’m writing this before the final episode of Loki has aired, so if this gets confirmed, I’m sorry, but also YAY for being right).

I firmly believe that Sylvie is a character known in the comics as Sylvie Lushton A.K.A. Enchantress. Sylvie was just a regular girl who one day woke up and found she had magical powers. Trying to use these powers for good, Sylvie was very briefly a member of the Young Avengers. Later it’s revealed that the reason behind her sudden powers was Loki. Loki wanted to create a mortal who believes she is an Asgardian and who has all the powers of one. This would mean that Sylvie was never actually alive and that all of her memories etc., were all just given to her by Loki for yet unknown reasons.

Could the real Loki please stand up

In a show that focuses on there being multiple timelines and multiple variants of Loki in those timelines, it was only a matter of time before we got to meet some of them. Allow me to introduce you to:

Classic / King Loki: This Loki comes directly out of the comics, and he’s also not just any comic version of Loki. Classic Loki is the original version as created by Jack Kirby. This is also the version of Loki known as King Loki – which is something I’m not going to touch on here for fear of spoilers but that you’re welcome to look up in your own time.

Kid Loki: This is the Loki that I feel is going to be around on our screens for a while to come because of the characters affiliations with both the Young Avengers and Asgardians of the Galaxy. After Loki gets killed by the Void he gets reborn as “Kid Loki” a child with no powers or memories of his previous life. Thor ends up finding this version of his brother, taking him back to Asgard and helping him to regain his former identity.

Boastful Loki: Although this isn’t a Loki that you’ll find in the comics, Loki being able to wield Mjolnir (Thor’s hammer) is hardly new. It isn’t even the first time in the MCU (If you count a deleted scene from Thor). In the comics, Loki sometimes has his own hammer, created for him by Odin. Sometimes he is seen as more worthy than Thor and can weald the original Mjolnir, and sometimes it’s just trickery.

Alligator Loki: This is the only one of the Loki’s that doesn’t exist outside of the MCU in any which way. Alligator Loki was specifically created for Loki and in my opinion, completely stole the show and is a character that I really hope is somehow further included in the MCU. 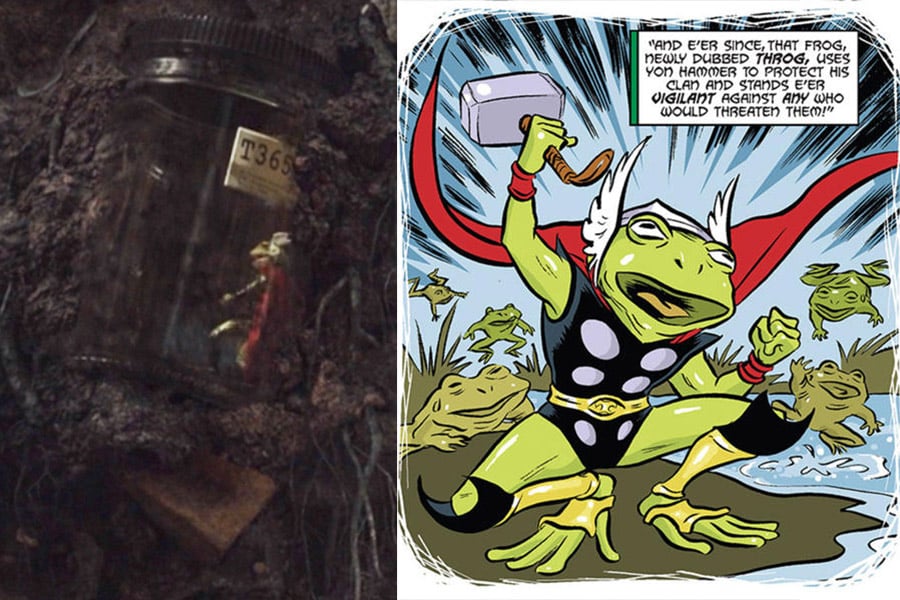 Believe it or not, Throg is an actual version of Thor and part of the Pet Avengers. This version of Thor starts off as a college football star named Simon Walterson. After Simon has a knee injury that ends his football career, he throws himself into charity work and spending time with his wife. When his wife, carrying their unborn child, dies Simon ends up falling into a deep depression and tries everything in his power to be able to see his wife again, if only for a moment. This quest puts him in the path of a witch who allows him to talk to his wife once more. Only afterwards, Simon confesses that he can’t actually pay the witch and is then cursed by her to be transformed into a frog.

Living life as a frog, Simon one day witnesses Thor lifting Mjolnir and notices that a sliver of it actually broke off. Simon ends up lifting that piece which instantly grants him the power of Thor, turning him into Throg, Frog of Thunder, and wielder of the mighty Frogjolnir. 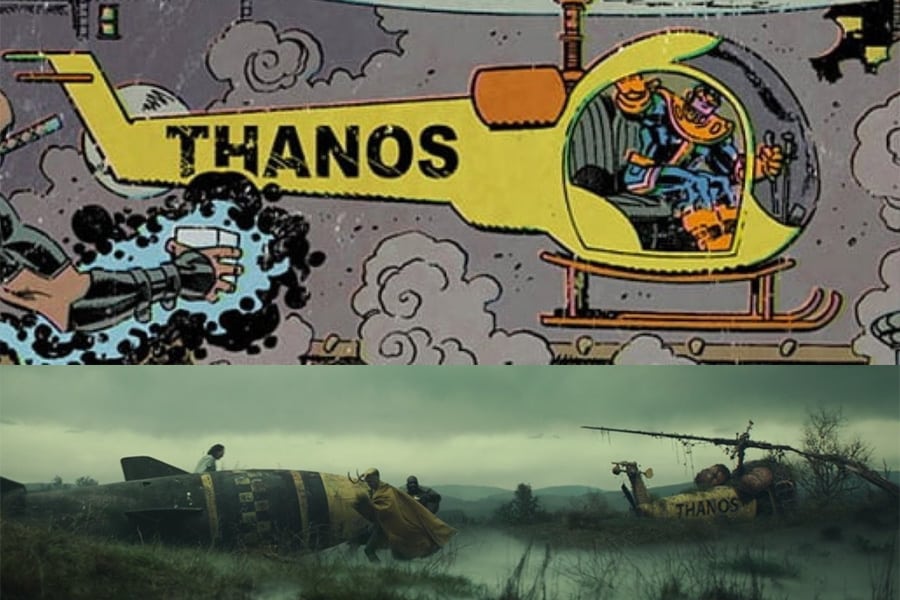 Deadpool’s butt has been inside of this

This was the briefest of brief moment in Loki, but we can see the wreck of a helicopter that says “Thanos” on its side in this scene. This comes straight out of the comics, and the helicopter is actually known as the Thanos-Copter. In the comics, Thanos uses this helicopter to attack Hellcat in an attempt to steal the Cosmic Cube (tesseract) from her.

Thanos also ends up later giving a ride to Deadpool in the Thanos-Copter after he hired the mercenary to steal the Cosmic Cube. It’s a small little easter egg but one that fits with the time-bending story of Loki perfectly. 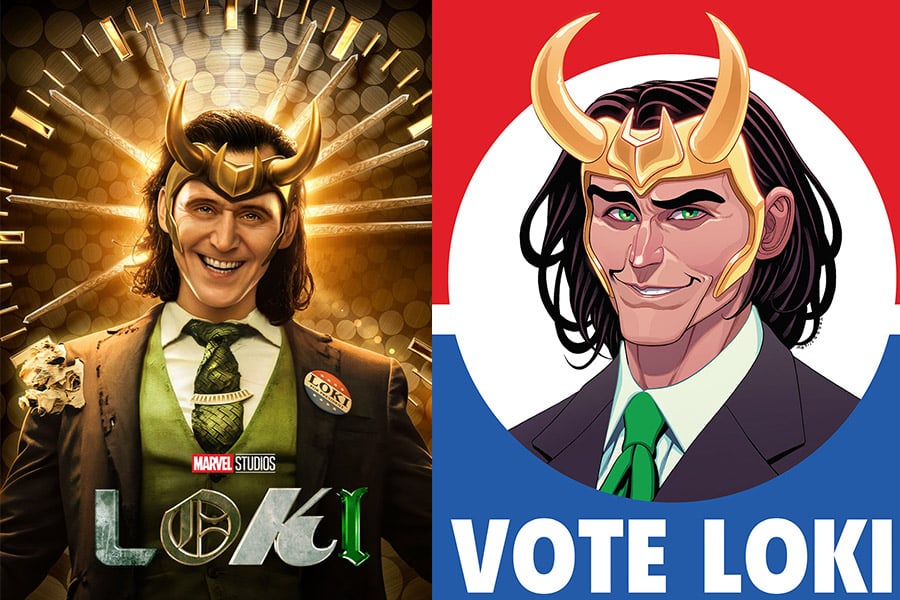 One of my favourite versions of Loki to have been included in the show is President Loki, who was taken directly out of the Vote Loki comics. Vote Loki was a short, 4 issue run wherein Loki decides to campaign to be the new President of the United States, and one reporter is desperately trying to prove his duplicity. Loki’s campaign is nothing if not true to who he is as a character, he pledges that he will have the guts to lie outright to all the American people, unlike the other politicians who try to hide their lies.

It’s a strange place to see Loki, but it’s also oddly fitting and including this version of Loki into the show feels like a warning that we should never, ever trust a politician or a Loki no matter how charming they may come across.

But who is he?

In the finale of Loki, we got introduced to someone calling themselves “He Who Remains”, the final director of the Time Variance Authority at the Citadel at the End of Time. He Who Remains, or “Him Who Remains”, is a character from the comics. Him was the original creator of the Time-Twisters, a trio of beings whose purpose was to survive the end of the universe, travel into the next universe and pass on knowledge of the past to improve the future. However, this system was flawed, and the Time-Twisters ended up travelling back in time and breaking apart the past. This leads to Him to prevent their existence thus stopping their birth in the past which leads to two different realities being created: Earth-794282, where Time-Keepers replace Time-Twisters and Earth-761243, where Time-Keepers never exist because Time-Twisters continue living.

However, is this character in the finale really just He Who Remains? No. The character that we are introduced to is actually someone known as Kang the Conqueror, a time-hopping cosmic villain (who will also be a part of Ant-Man and the Wasp: Quantumania). Kang the Conqueror is most well known as being a nemesis to the Avengers. Kang is a time-travelling entity known under many names, Immortus, Iron Lad and Victor Timely, to name a few.

During the final episode of Loki, Sylvie (who may or may not be a real Loki) ends up killing He Who Remains. This ends up allowing the timeline to branch off like crazy and also unleashes an entire universe of Kang’s who are ready to do what they do best, conqueror. The reality of this situation is made apparent when neither Mobius nor Hunter B-15 seem to have any knowledge of who Loki is, and it soon becomes evident that Loki is now in a timeline that Kang is controlling as we get to see a statue of him towering over the TVA.

So what’s next? We already know that Kang the Conqueror will be in the next Ant-Man movie and that all of this has set the stage for Doctor Strange in the Multiverse of Madness, but the next big show that will presumably tackle the reality of all of these new, split timelines will be What If…? which starts airing on Disney+ August 11th.

What If…? has always served to explore alternate realities and answer questions like “what would happen if Loki ends up killing He Who Remains?”…

And with that, we are officially at the end of Loki season 1 which was non stop fun, from beginning to end, even if the ride felt too short. Loki is my favourite show to have come out of the MCU so far – it just captured the essence behind the Loki from the comics so well and the casting was honestly phenomenal across the board. While we start the long wait for season 2 (which was confirmed during the end credits of the finale) I’d definitely recommend you pick up some of the Loki comics that I covered here, and if you don’t have time for comics but just want to know all of the things, then check out my explanation of some of the characters in Black Widow here.

If you still feel like you need more Loki in your life, then make sure to head over to Critters and Comics and check out all of their Loki stuff, from merch to comics and everything in between.