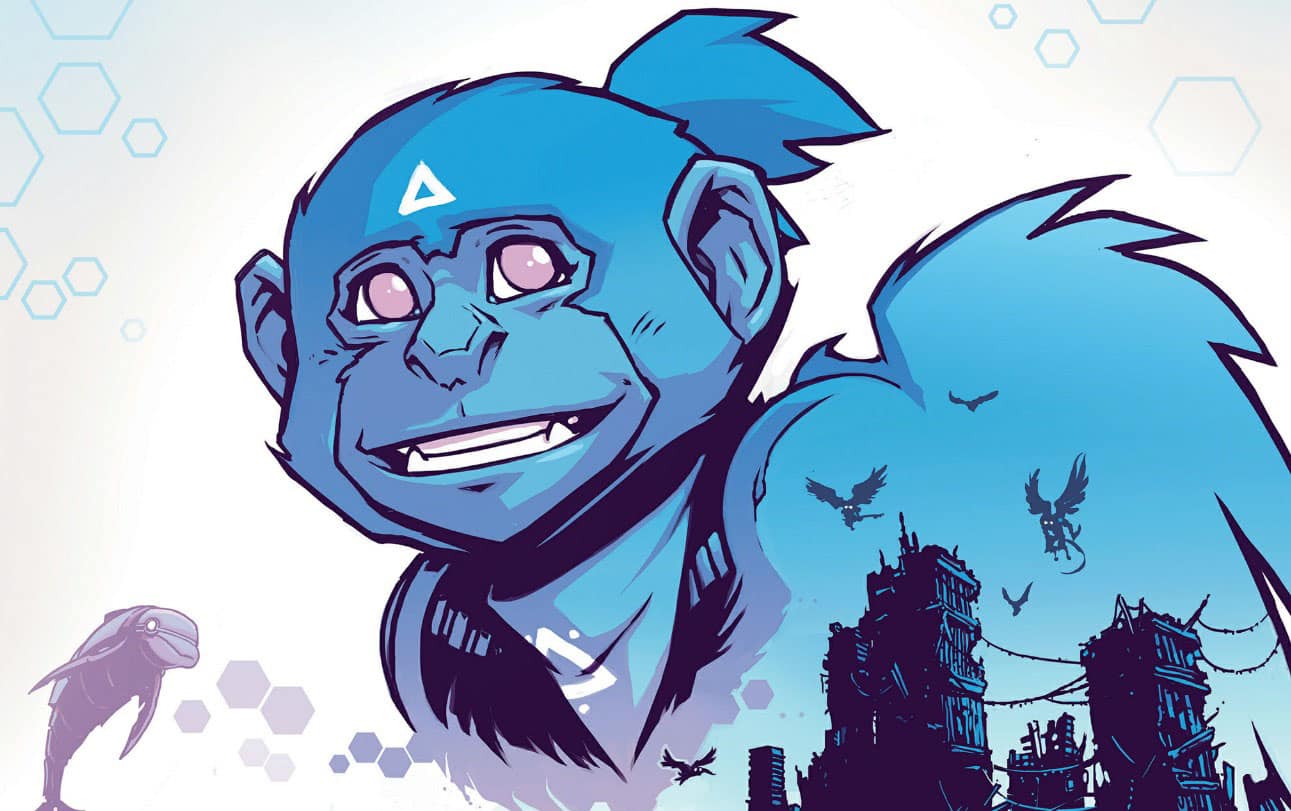 If there is one wish that I have for people alive in 2021, it would be that they would start to question things just a little bit more and not just take whatever they read on Whatsapp or Social Media as fact. They should even question me right now. I find it vaguely horrifying when someone I’ve known my whole life and always considered to be smart, question asking members of society all of a sudden starts sharing posts saying that the Covid-19 vaccine makes you magnetic and then when the question of “but why would that happen?” comes up they’re like “I don’t know WHY but it just does!”.

Sure, that’s a pretty ridiculous example, but it’s something that really happened, and it’s something that I see happening day in and day out, albeit on a smaller scale. This brings me to Angelic. Angelic was a comic that I found one night when I couldn’t sleep and instead lay on my phone looking for new comics that looked interesting – Angelic instantly caught my eye. I decided to blindly go into it, not knowing what to expect and what I got was an entire story that was based on the concept of “Why”. Set in a world where humans have long since disappeared, leaving behind different tribes of talking animals who are all at war, only not one of them know why. We follow Qora, she is part of the flying monkeys and is expected to settle down and start a family even though she doesn’t want to and doesn’t feel ready. Qora doesn’t fit in with her tribe because she won’t stop asking questions no matter how many times she is shut down. Eventually, things happen, and Qora finds herself leaving the tribe she’s grown up in to go and find the answers that she’s always been denied and ends up uncovering way more than anyone expected or were ready for.

Angelic isn’t a comic you’re going to skim through in bed on a Friday night quickly. It’s one of those that you want to take your time with, and that’s going to leave you with so much to think about. Angelic is a comic about asking the right questions and not being scared of getting new answers. 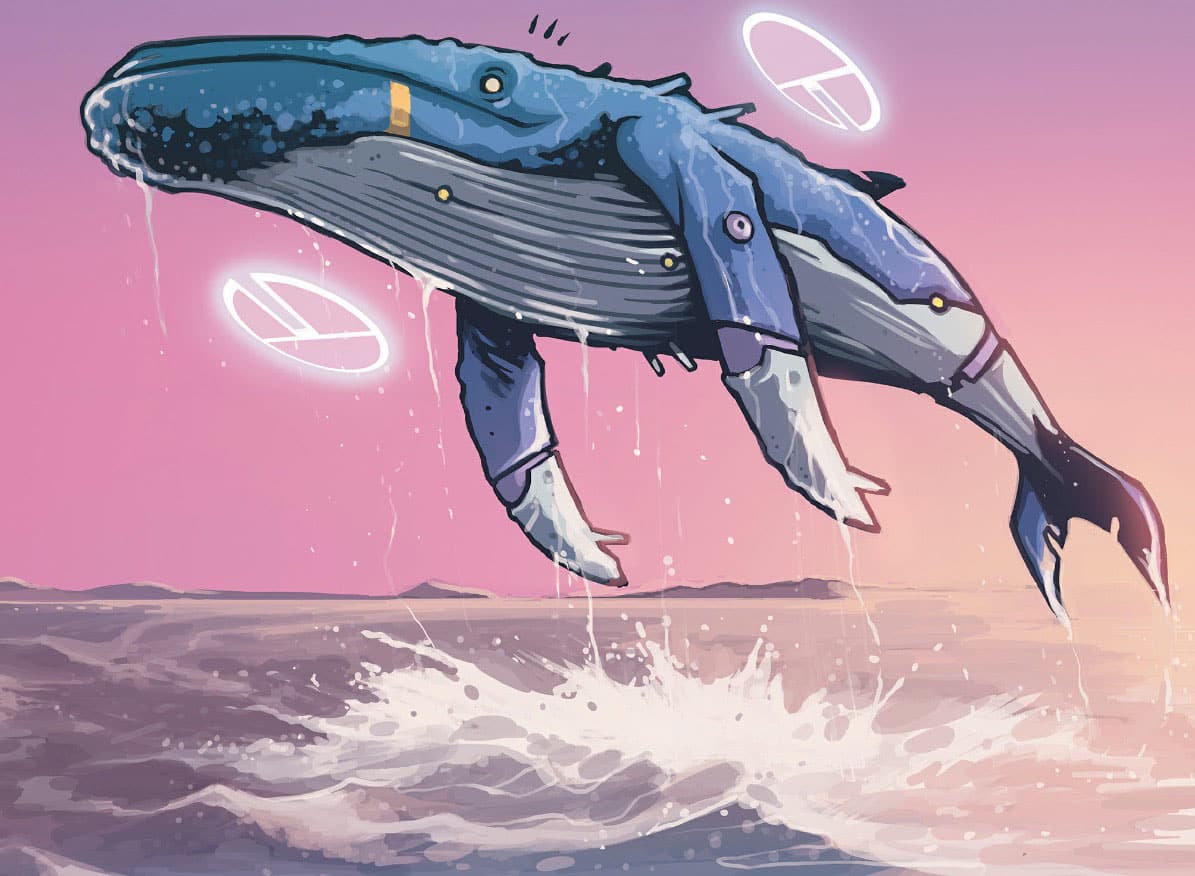 When I first saw Angelic I was convinced that it would be the perfect match for me, after all the art style and the colour pallet were both right in my wheelhouse when it comes to looks that I enjoy but when I started reading it I found it exceptionally hard to get into.

Angelic is written in a way that “theoretically” makes it accessible to everyone, you could quite easily read through this with your young children or nieces and nephews even though it’s definitely been written with an older audience in mind.  There is an active effort not to have any bad language or to use any words that are hard to understand but that’s also part of why I found it hard to connect with at first, it’s also a whole lot deeper than what the simple dialogue would have you think.

Angelic is a post-apocalyptic sci-fi adventure, but instead of the usual formula of it being told by humans and using very dirty colours and grungy art, Angelic approaches it from the eyes of the things that the humans left behind.  The art always looks soft, and pastel colours compliment everything.

As I said, I honestly struggled through Angelic, but when all is said and done, it’s a journey that I’m glad I took. It isn’t easy to write about Angelic because this is a comic that only really makes sense when you’re the one who read it, and if you try to talk about a lot of the story, then it’s almost like you’re somehow diminishing it. Angelic is truly a comic that’s all about the journey that it takes you on, and if you stick with it, it’s one you won’t regret. 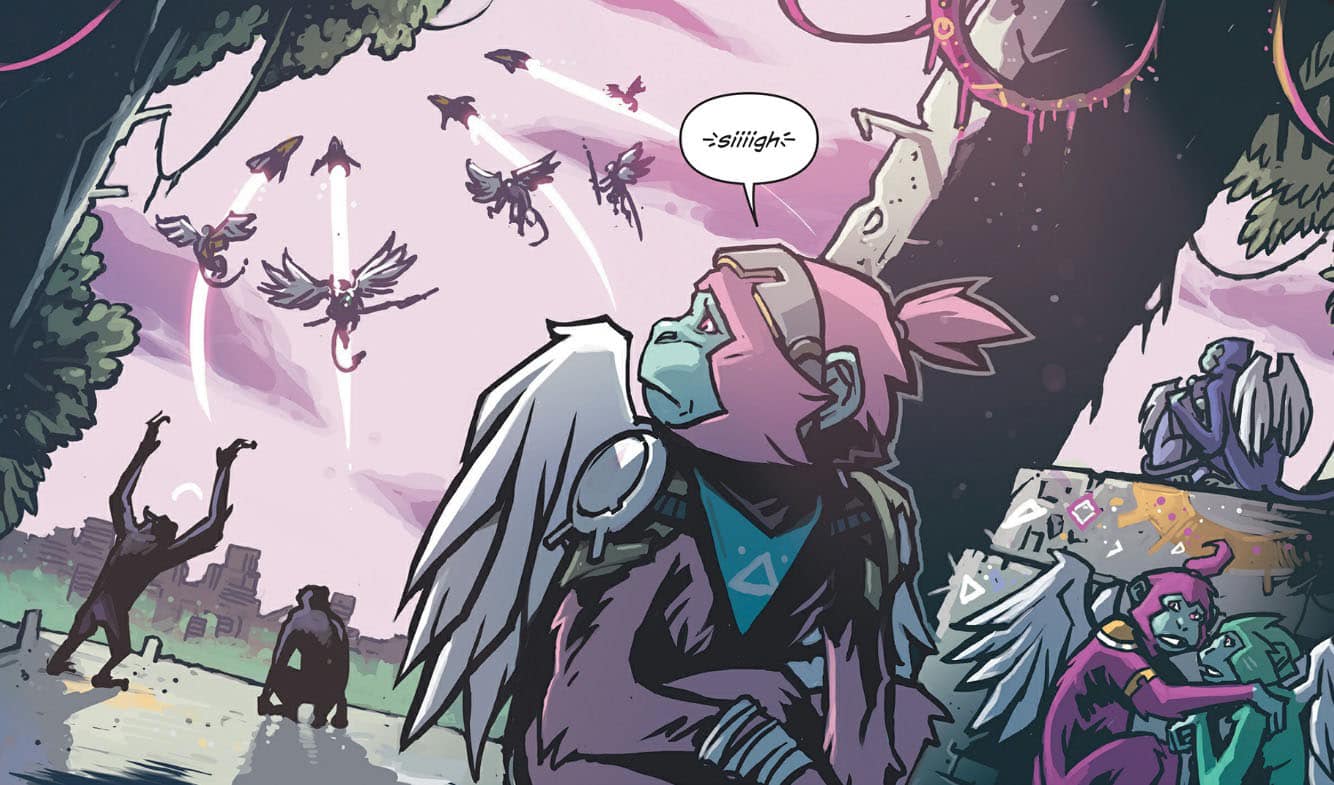 When you finish reading Angelic, there is a story, an anecdote, if you will, about how racism is taught. How it’s something that’s passed down and learned instead of being something inherent, and honestly, that’s the entire point of Angelic. While Angelic isn’t actually about racism as such, you could easily replace the word racism with any other ideology, hate or type of discrimination, and the point would still stand. Angelic is a comic that encourages you never to stop asking “why” in a world that wants you to do nothing less, and that’s something we could all do with a reminder of every now and then.

Want to grab Angelic for yourself? Head over to Critters and Comics or click here. The series is currently available in the following formats: Digital; Single Issues (6 Issues) or as a single Trade Paperback