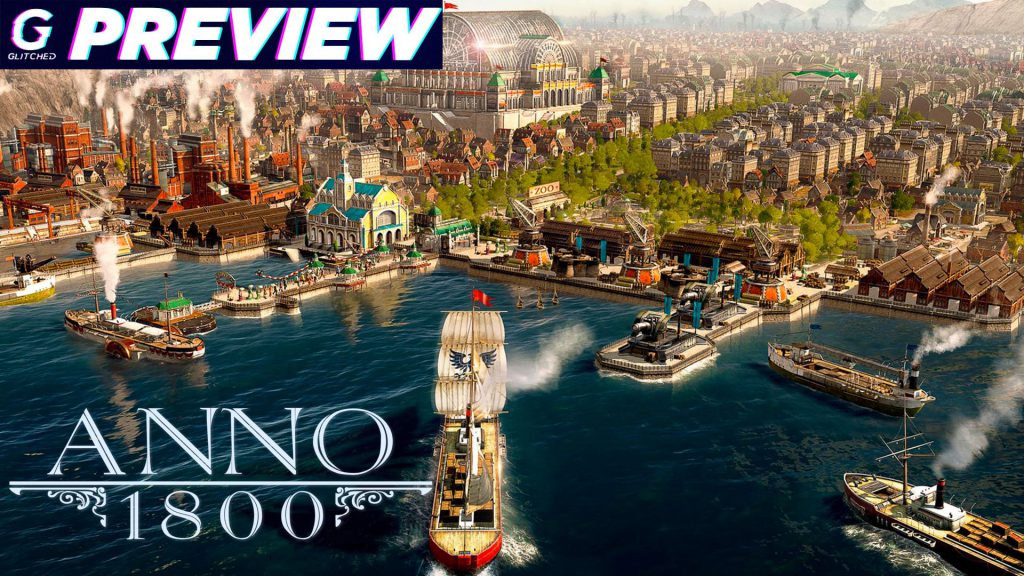 Right off the bat I just want to tell you that I have not played an RTS game as satisfying as ANNO 1800 in years. Set in the 1800s, ANNO 1800 is the seventh game in the series and it has been growing from strength to strength every release.

Developed by Ubisoft Blue Byte, the game focuses on the Age of Industrialization. Ubisoft held a small preview program which I was a bit sceptical at first about but I am so thrilled to have spent time with this exceptional game.

The preview contained one campaign act out of the four which will release with the main game and it lasted around 3 hours. Even then, the act was cut short after I progressed past a specific point. Act 1 follows the story of a custom character that seems to have left the “New World” and after receiving a letter from your sister that explains your father has been accused of treason and imprisoned, return back to the city. They get exiled and decide to start an empire of their own after what seems to be some sort of political betrayal that takes place in their family and their uncle takes control of everything. I am sure the story will develop in the main game but the short and sweet of it explained enough of it to give me context on what I was doing and why. 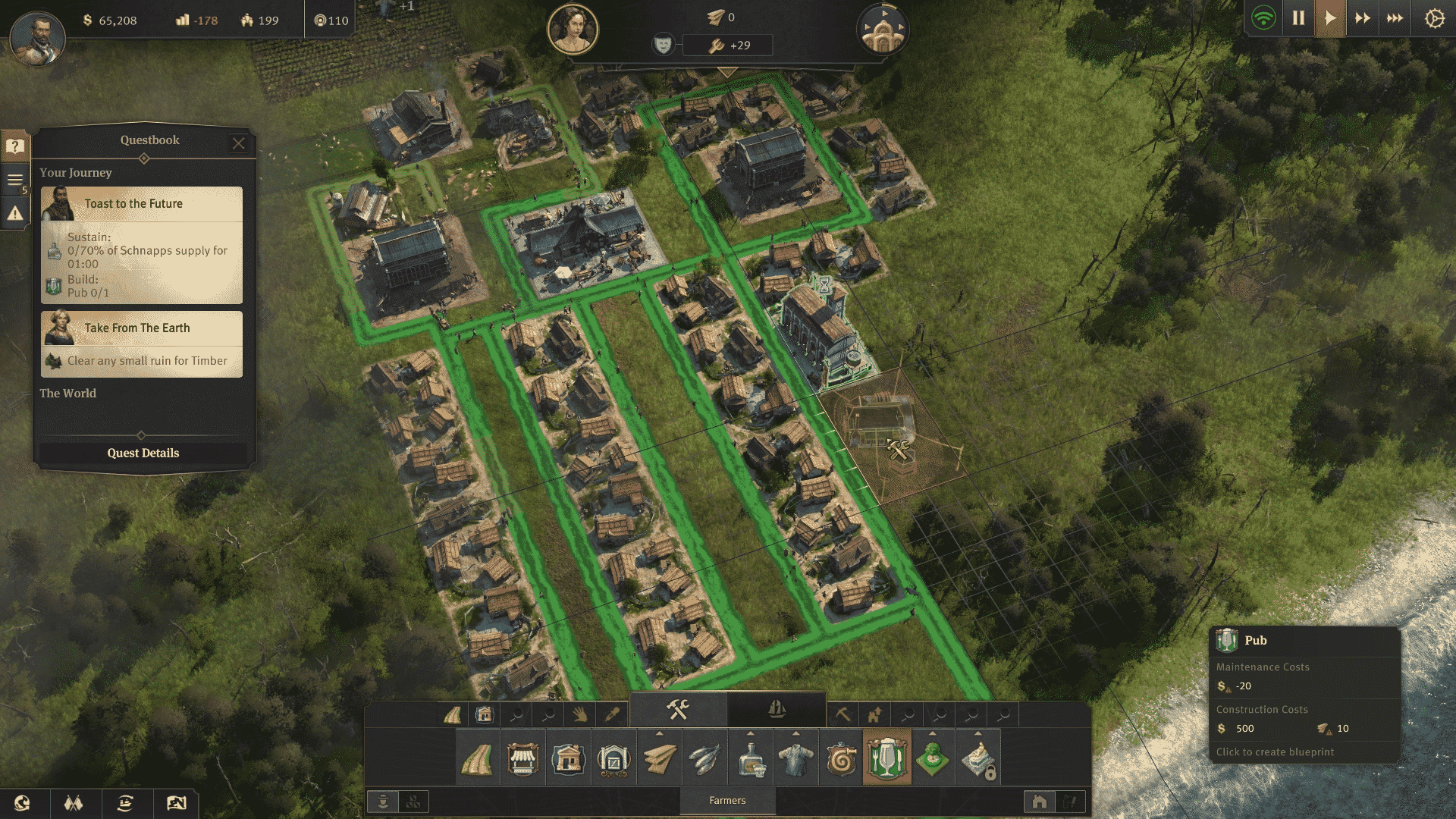 I began on an island with nothing and started my dream city by placing down some farms. I built some storage buildings to keep my stock fresh and slowly expanded by creating lanes and lanes of farmhouses.

Right from the start, the building mechanics were satisfying. Choosing a building and placing it down costs a specific amount of resources, of which you gather by building the right type of factory. Everything until around about the end of the campaign demo needed wood so I made sure to stock up on Lumberjack Huts and Sawmills.

The mechanics of the game are also simple enough to make things easy to grasp. At the start, you have access to Farming categories. This includes dirt roads, farmer’s houses, wood factories, fisheries, wheat field and anything that is as basic to belong on a farm. 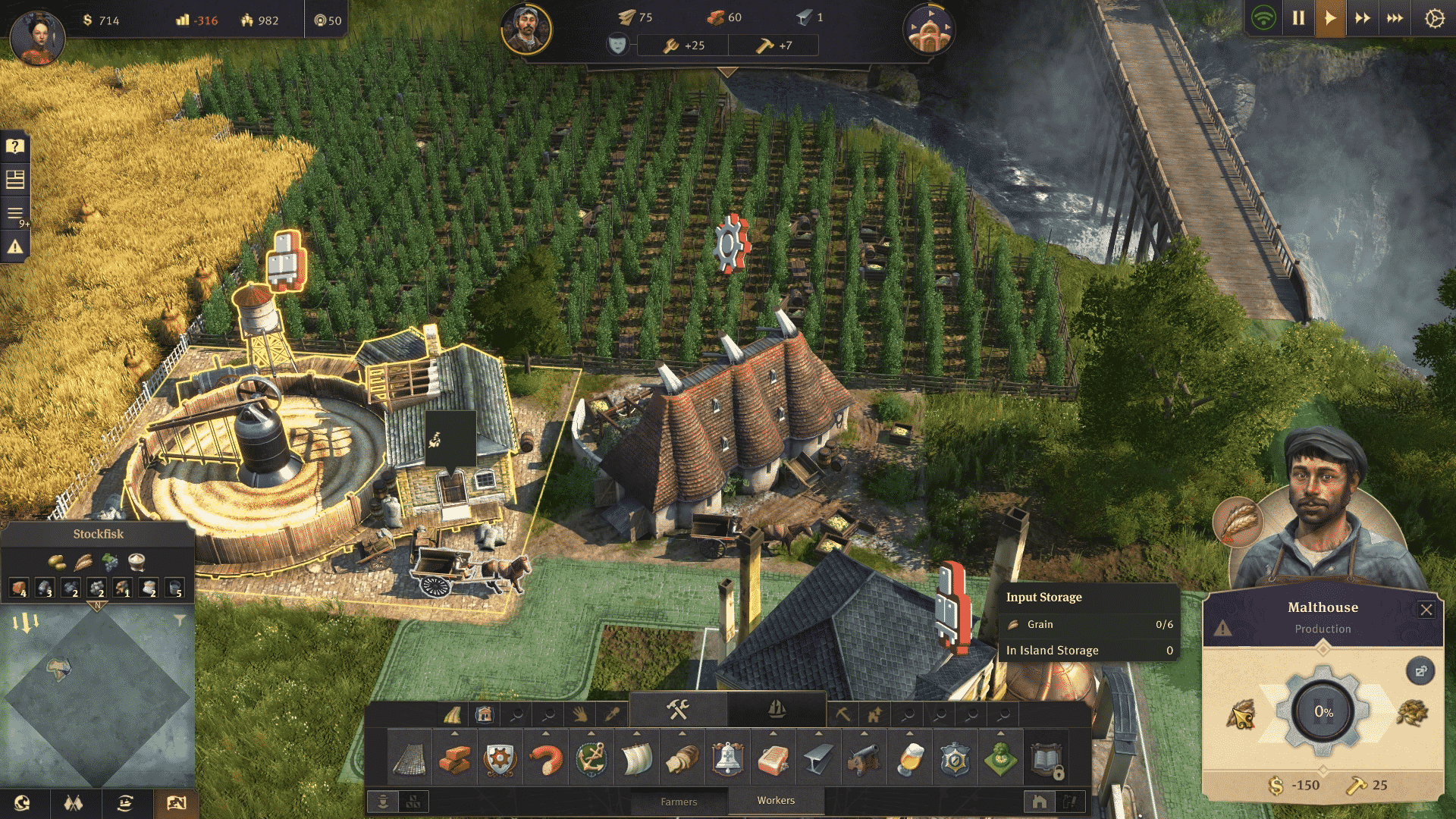 Anything you build under the “Farmers” tab requires a farmer workforce to keep running. The more farmer’s houses you have, the higher the number of farmers you have to help produce anything you build. If you build too much and don’t have enough people to work then your production rate for everything will either slow down or come to a complete standstill.

In a nutshell, managing your population and the output of your resources is the foundation of the game. Later on, in the campaign, I unlocked more farmers factories such as a cotton factory and a schnapps one. These then required more people to work on and forced me to expand my city even more. 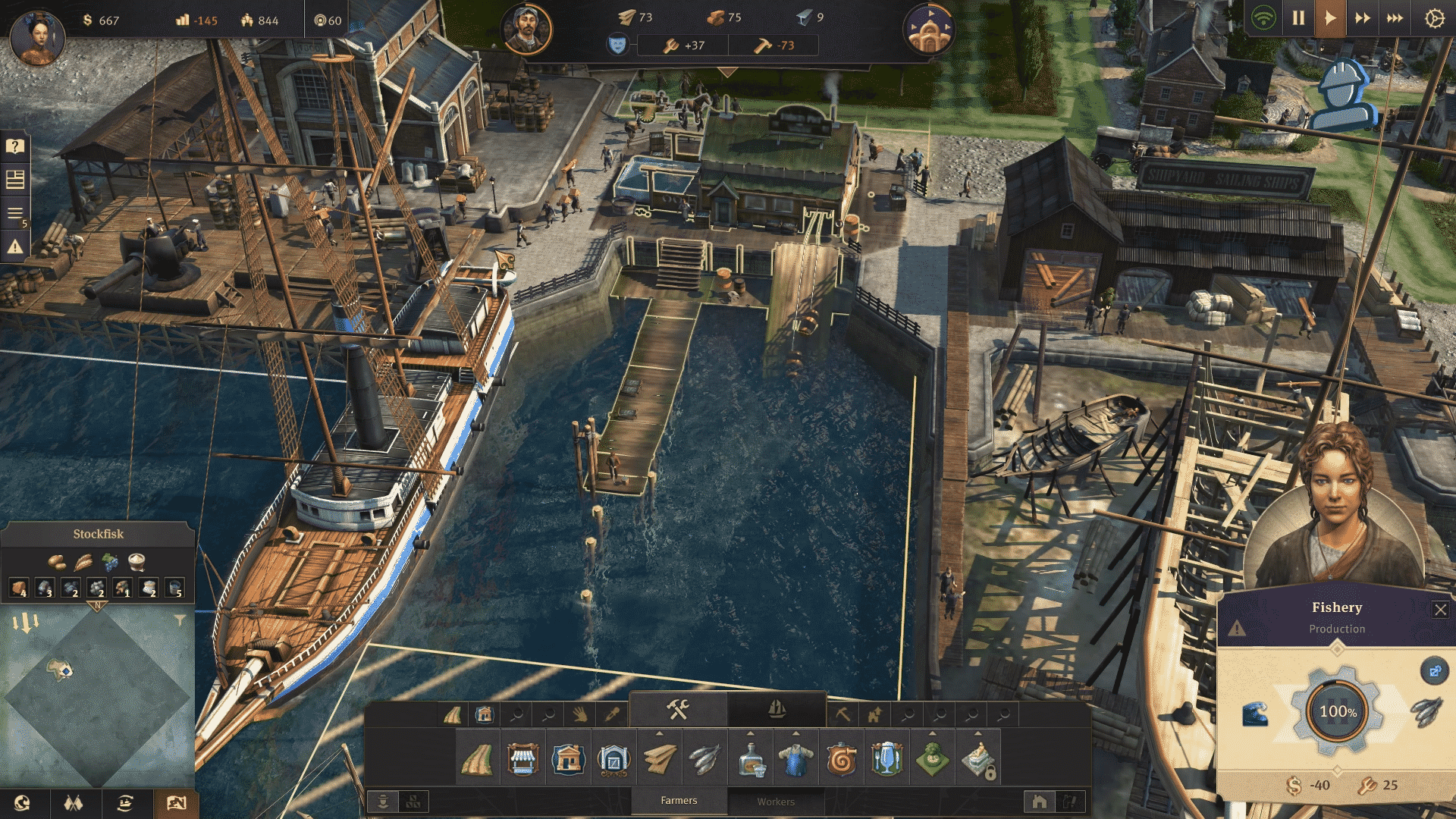 The higher the population, the more you unlock which is a steady and effective progression system that always kept me going and finding new ways to bring in more farmers. You see, building a farmer’s house does not just create new farmers. You need to create an attractive city with a marketplace, pub, church etc. These necessities create an attractive city so more people will move there. It is a slow start but the more you grow and open work opportunities, the more people will arrive.

Then we have the “Workers” tab that unlocks after a specific amount of people move in. This is where things get complicated. Workers are not Farmers and in order to get Workers, you need to upgrade the farmer’s houses to worker’s houses. This not only increases the number of people that can live in the house it but also takes away farmers and makes them workers. 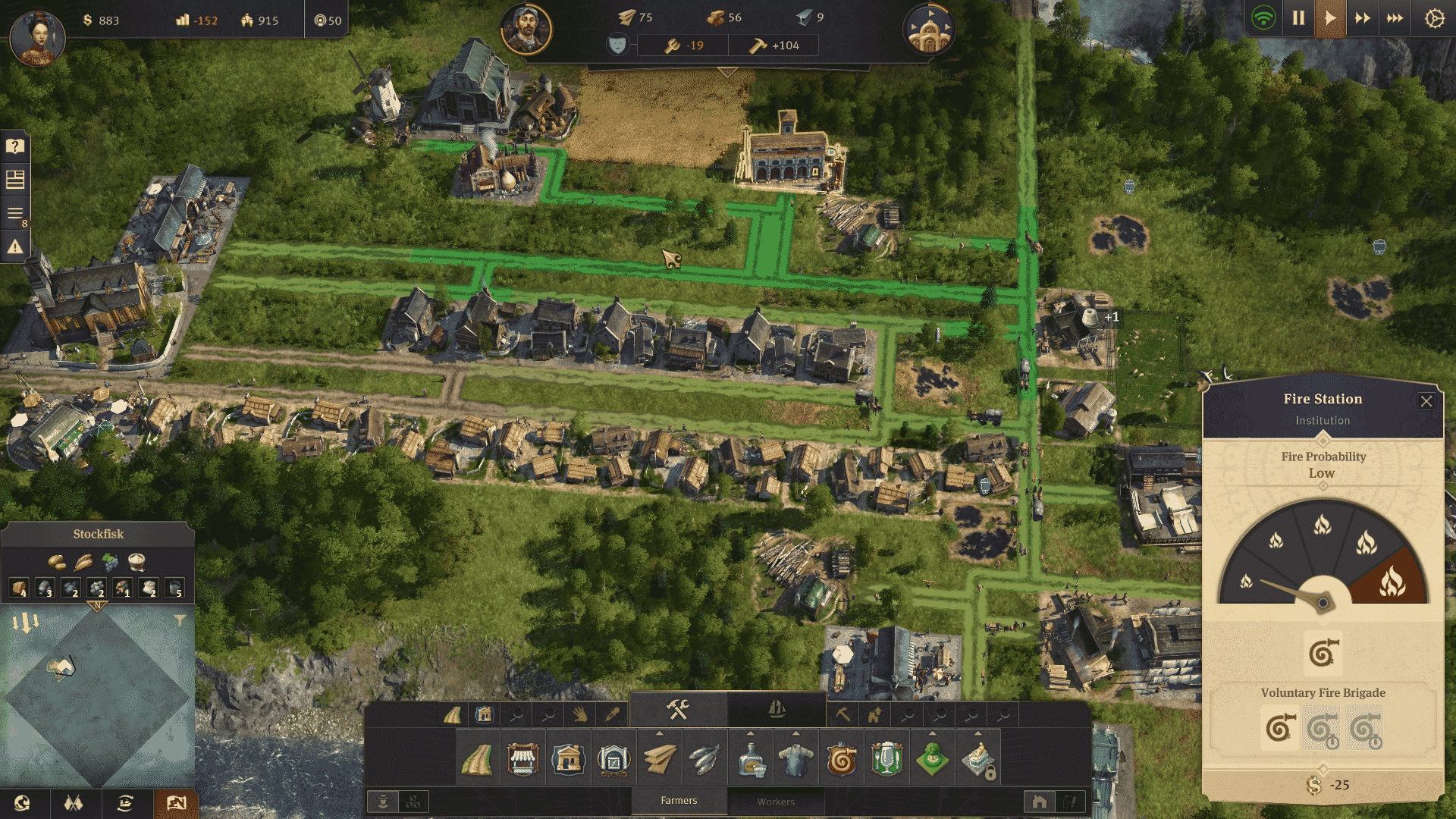 Workers, well, work on other things you build under the tab. This includes more industrial things like soap, steel, sausages and more. Once you have reached your cap with farmers then expanding into a workers city needs close attention to the population. I expanded way too fast and turned so many people into workers, I had no one working on farms. This greatly affected my production chain and I had to reload to a point where I was managing both.

Basically, I had my city with a mixture of farm houses and worker’s houses. At the outskirts, I then created farms and a steady production chain for everything I needed to get done. Every clay deposit had a storage unit nearby so they could produce the clay, take it to the brick factory which was also nearby, and then deposit it into the warehouse. 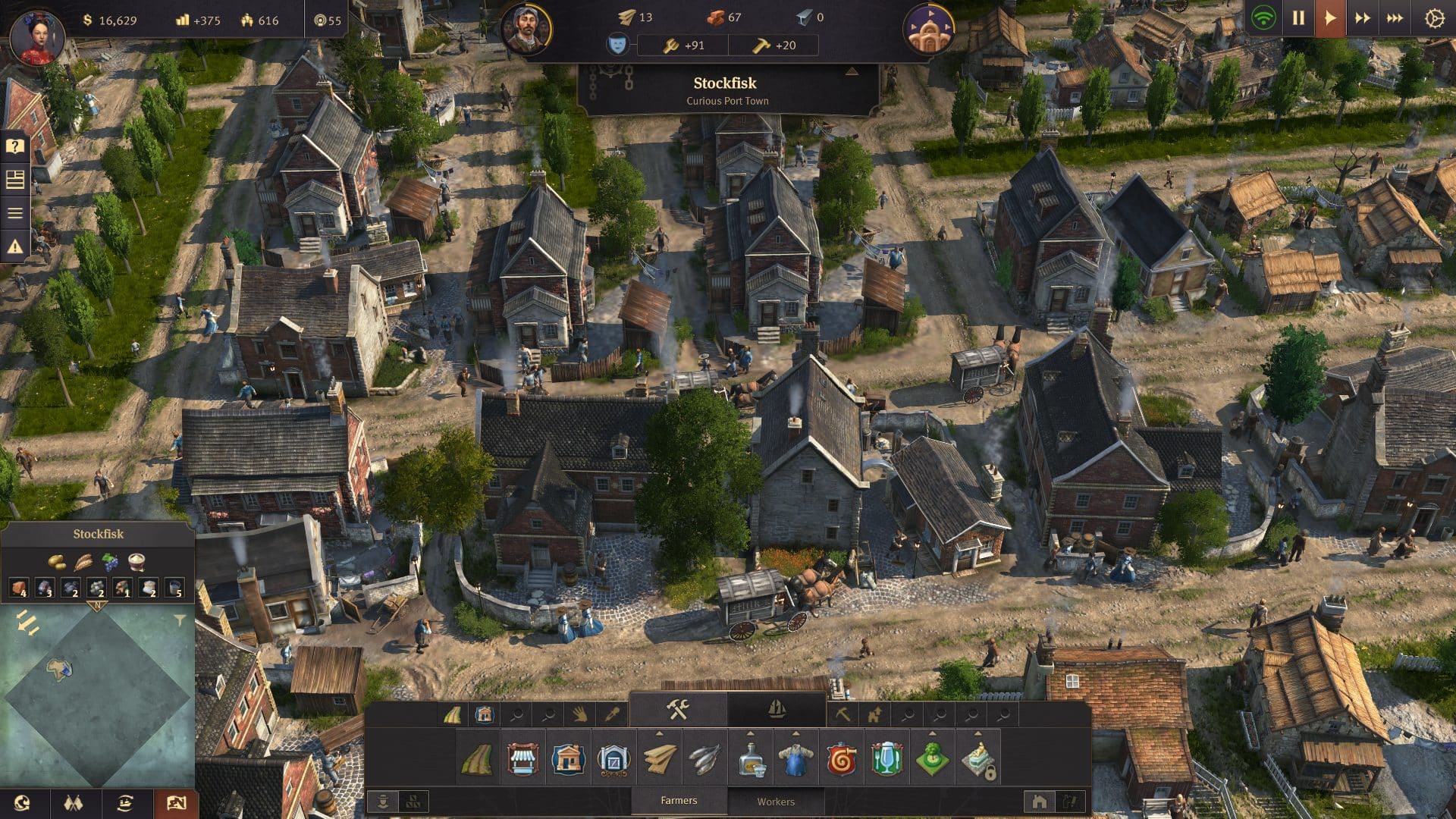 It was tough managing a steady and fast production pipeline for everything and the more you get into the game, the harder things get. Iron needs a furnace and steelworks and the workforce needed is pretty high so you have to be able to cater for this before taking the dive and building the factories. If you expand too far, things can really get dire. I was bankrupt at one stage after building iron factories and not realizing I had no one to work in them.

Keeping your people happy was the most important part of the city. I had people burning down houses at once stage due to an unhappy workplace. I also had festivals taking place because they were so happy. They can either make or break your experience so juggling everything is key. All these features make the experience what it is – simply exceptional. There is so much to micromanage that you get carried away trying to build the best city that functions as well as possible. 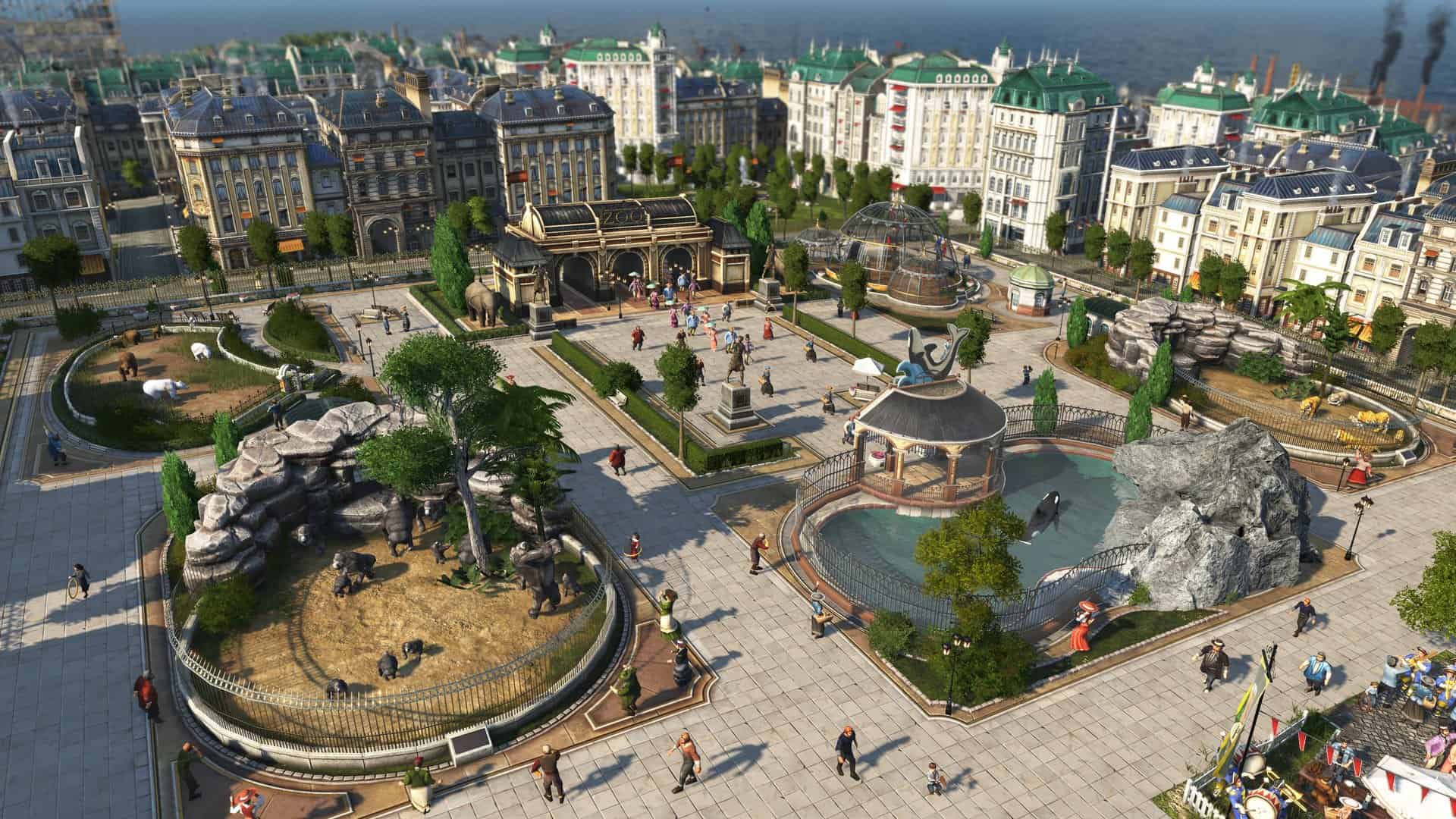 I got so carried away planting trees and grass because I fell in love with the empire I built and it had to look immaculate.

Imagine, this is just scratching the surface of the game’s potential. There is a large emphasis on political features in Anno 1800 which were not available during this test. You would also set up trade routes across the world to trade and sell specific goods to neighbouring cities. This was another feature that was unavailable, or maybe I could just not find it so my city overflowed with resources and materials and I went bankrupt. Something I hope I can avoid when the full game releases. 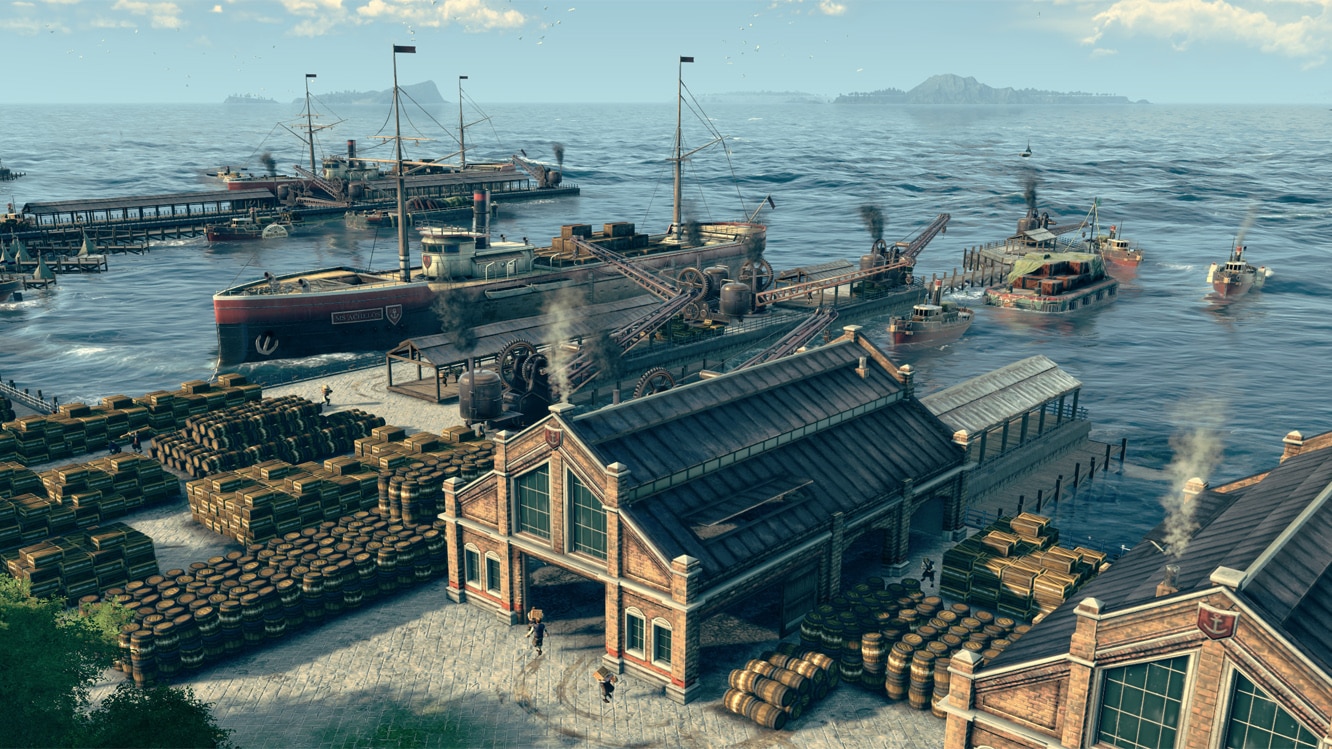 If you are looking for a satisfying RTS game to pass the time then Anno 1800 could be it. From the start, I was addicted and it is not a genre I play at all but I could not put it down.