10 Ways To Dominate The Battlefield in Apex Legends
LATEST CONTENT

10 Ways To Dominate The Battlefield in Apex Legends

Apex Legends is all the hype right now. This free-to-play battle royale came out of nowhere and was announced and released on the same day. Developed by the minds behind the Titanfall series, Apex Legends sees you enter a massive battlefield in a team of three as you pick a unique character, drop from the sky, loot everything possible and fight to be the winning squad.

But the game is more than just hammering away at trees to get wood in order to build walls in front of you to protect you from gunfire…oh wait, wrong game.

Apex Legends features intimidating gameplay and we decided to put together a guide to help you dominate the field and understand what in the world is going on. Here are some Apex Legends tips.

First off we have what Apex Legends calls, well, Legends. These are the playable characters in the game and unlike other battle royale games, each of them offers unique abilities and play styles that you can master. 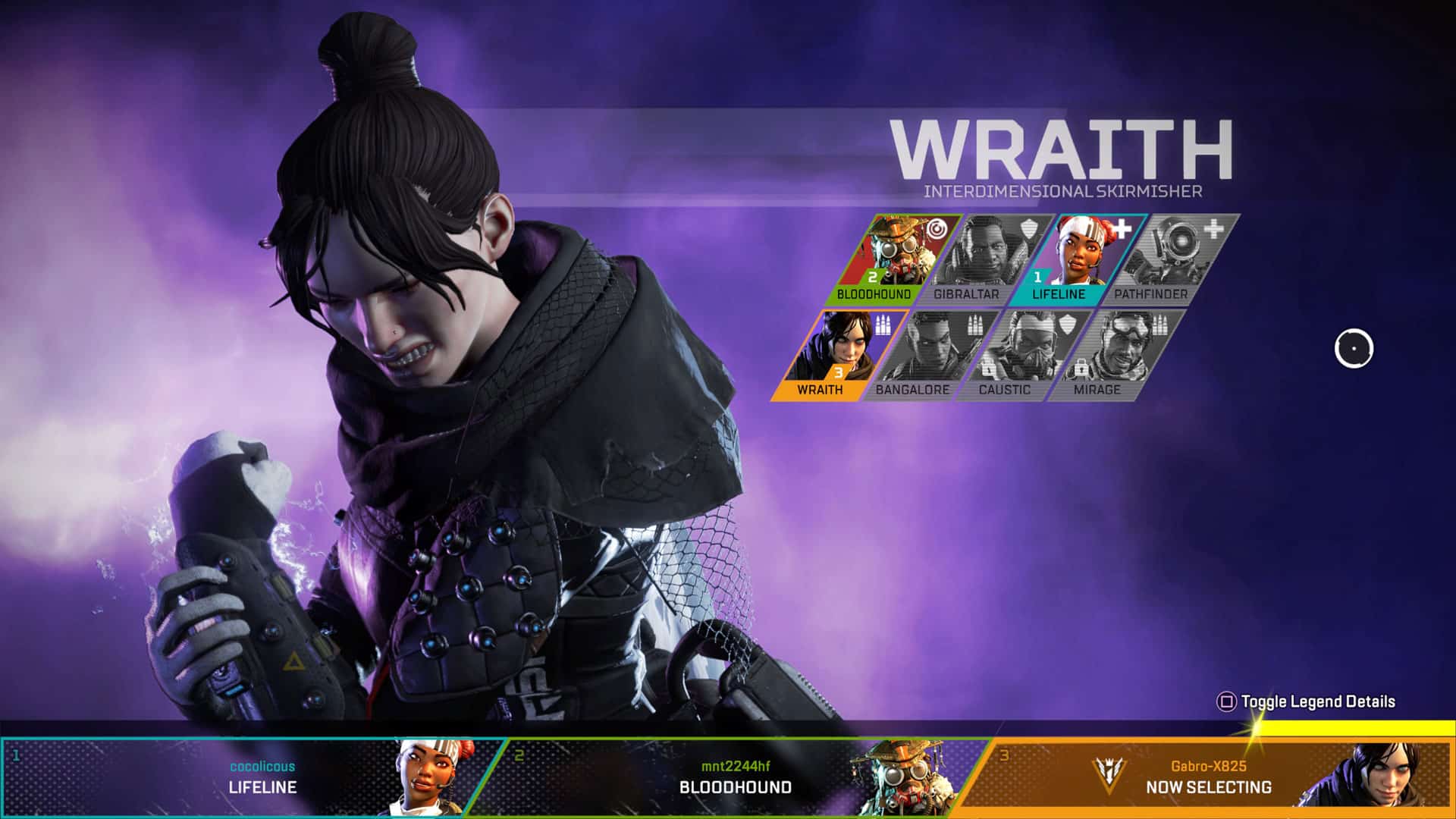 I like to play with Lifeline as the healing is a must when playing in a squad but there are other great characters to choose from too. Don’t be afraid to pick and choose a couple as you experiment with them all and master their abilities and ultimate attack. These can be the difference between life and death. No really, they literally can save you from dying by teleporting away, dropping a care package to distract enemies, and even tossing down a massive missile barrage that blows everything up.

9 – You Can Jump From Any Height and Run up Walls

One awesome feature of Apex Legends is the fact that you can leap from any height, feel awesome while doing it and land on the ground without losing any health. At first, this may seem strange but use and abuse this feature as the game’s map has a lot of high building, mountains and hills that you can use to your advantage. 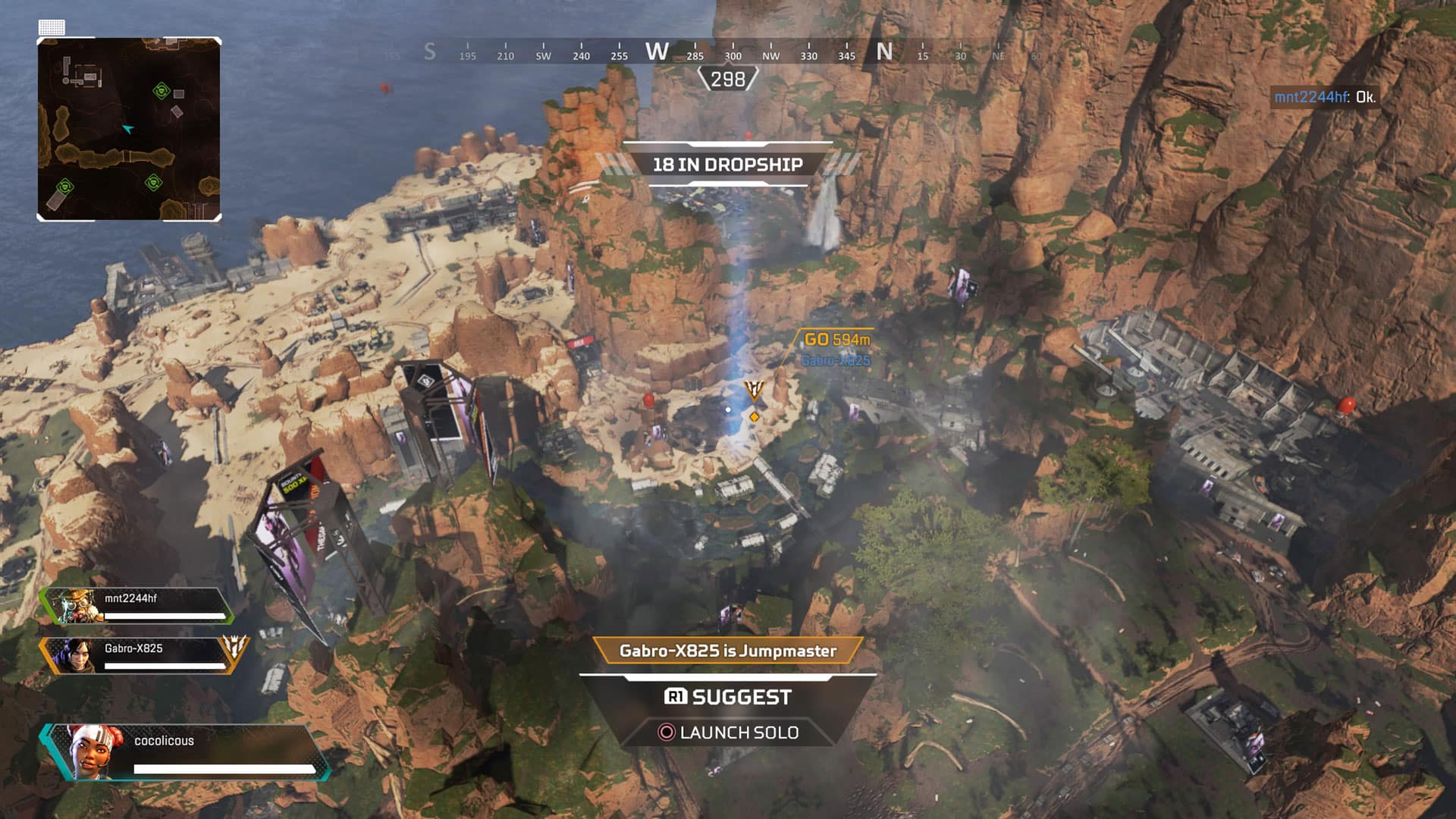 Another great parkour feature is the ability to run up walls and you’ll be surprised at just how high you can run to grab a ledge at the top. I often use this to get on top of buildings to drop down and flank a group of enemies. It changed the dynamic quite a lot

Throughout the battlefield, you may have noticed these giant red balloons floating around. These are not for decoration. Instead, they are actually used to grapple to the top of them and glide to another location on the map. 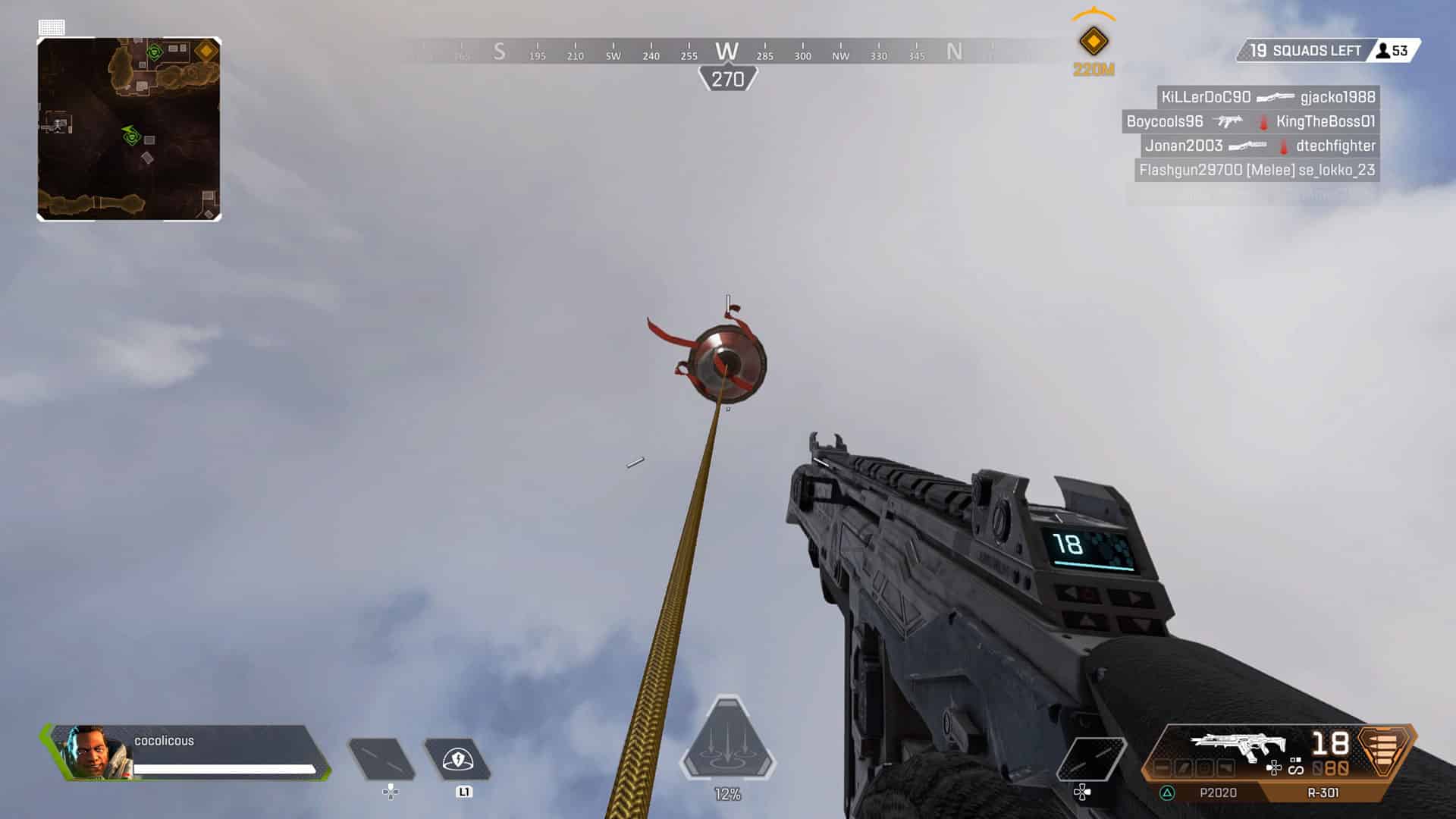 All you need to do is reach one, look at the yellow rope dangling down from it, shoot your way to the top and you will be able to glide from the sky across to another location. These are great if you have looted the area and have nothing else to find, or need to quickly escape a mob. Just get up there and fly away because sometimes running away from your problems is the best way out of them.

7 – Use Those Finisher Moves

Ammo in Apex Legends is scarce, especially given that each weapon type uses specific ammo and you may only find a bit of it at a time. You need to look after this ammo so don’t go shooting a downed enemy when you don’t have to. 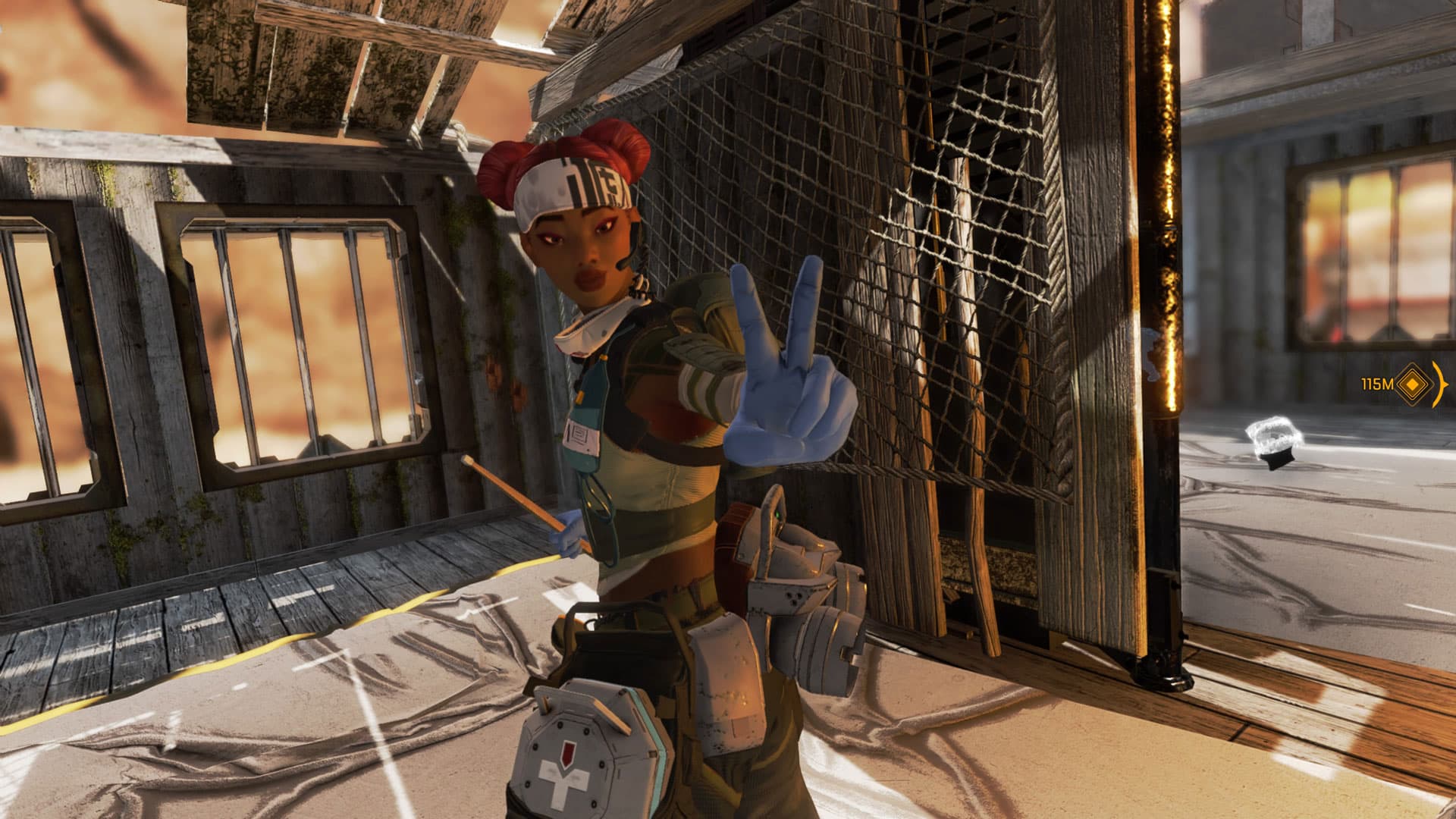 You can just use a finisher move if you are nearby them by holding down the square button (reload). This will perform an awesome-looking finishing move that instantly kills the down enemy so you don’t have to waste ammo trying to shoot through the knockdown shield. It is both visually rewarding and ammo-wise.

6 – Look Out For The Supply Ships

During every match in Apex Legends, a supply ship will appear somewhere on the map. This giant floating metal chunk of loot will have a load of ammo, weapons and other gear on board it. 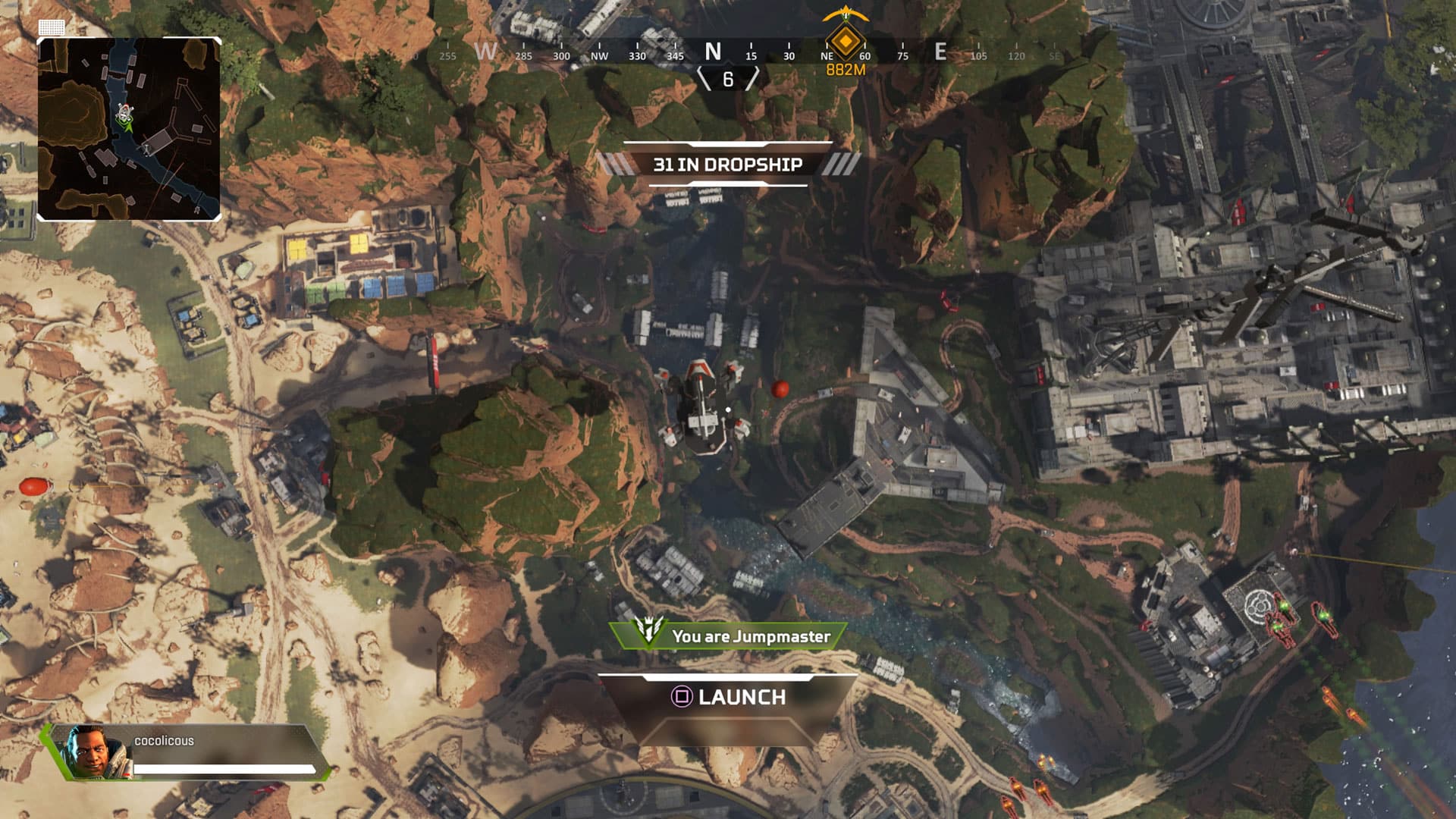 Whatever you do, make sure you get on that by grappling your way up the many ropes on the sides of it. Once on, roam the many corridors, loot everything and have a jolly good time. Be warned though, everyone wants what you have so chances are that other players will be roping up to the ship while you have your head stuck in a box. Be aware of your surroundings and remember, no fall damage so feel free to jump off to your safety at any time.

Playing with a load of friends in a chat party is great but even that needs Apex Legends’ awesome ping feature. The game lets you ping anything you want be it a location item, ammo loot, enemy or even that palm tree that has no interest to you. 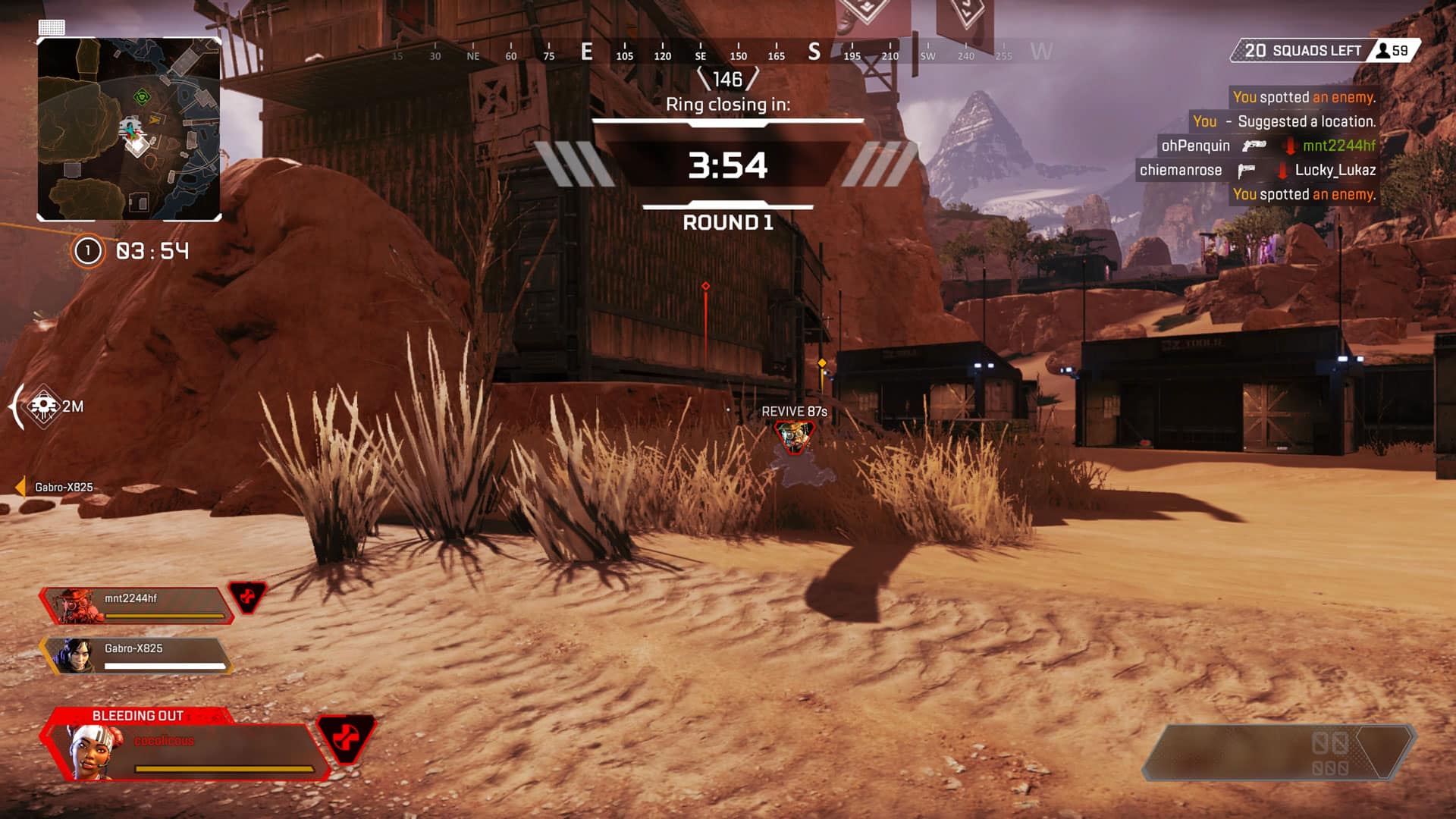 It is important to make use of this feature whenever possible, especially if you are playing with randoms. Ping enemies as soon as you see them, ping loot if you can see your teammates don’t have a shield or helmet and ping that rock that you want to go hide behind so that even if you die there, you can blame your team for not coming with you after you clearly pinged that you were going there. Just ping!

The weapon system in Apex Legends is pretty great. The variety of weapon types makes every match feel fresh and the fire rates then add to this too by offering a versatile way to fire your gun. 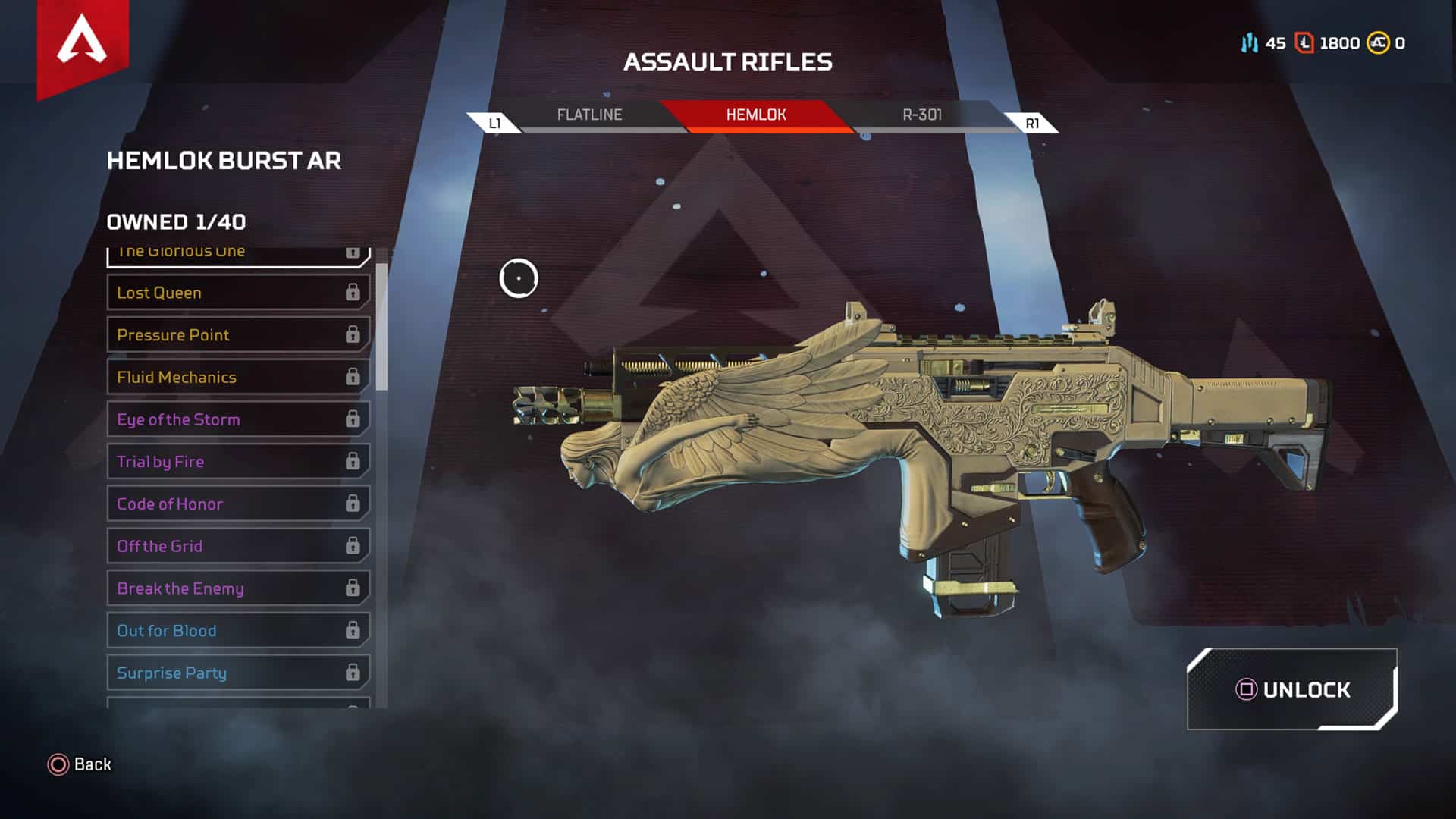 Pressing the left d-pad button will let you change from full auto to burst fire to single shot. This all depends on the weapon you have equipped. Different fire modes compliment different standoffs. If you want to accurately shoot someone from a decent distance away then a single-fire shot is key. If you want to go guns blazing into a small room then full auto away.

I cannot stress this enough as Apex Legends is built on its Legend characters and their unique abilities. Use them, people! They are extremely helpful in so many situations that not using them just proves you should go back and play Fortnite. 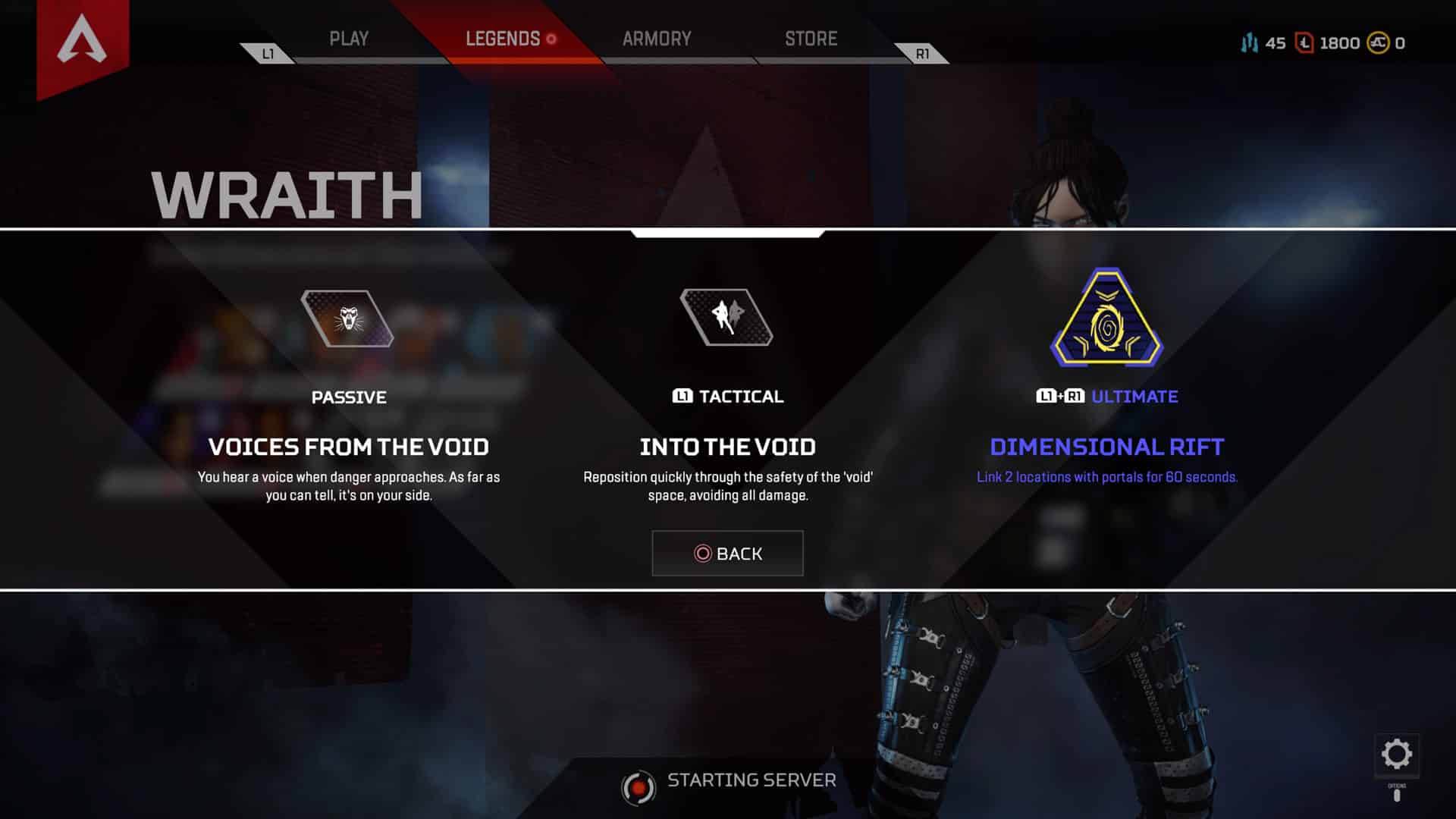 Every Legend is unique and has a specific ability and an ultimate skill. These abilities recharge over time so if you have one that can spam enemies then why not spam them? If you are the healer then heal at every opportunity. Call down that darn airstrike!! Use those portals that literally make you teleport from one point to the other. These abilities are game-changers.

So the game has a shield system that you really need to know in order to master it. Firstly, you should always have a knockback shield equipped. This lets you pull it up if you get downed so you can protect yourself from any oncoming fire. No, it will not protect you from the finisher move. We then have shields that you can find throughout the map. White, blue, purple etc. When shooting an enemy, if the damage counter is red then that means they don’t have a shield equipped. Blue means they have a blue one, you get the point. The idea of this system lets you tell whether or not you should push enemies or not. If you see red numbers then they don’t have a shield so push them and take them down. Any other colour and you may need to step back and approach the situation differently. Don’t forget, that the same thing is said for you so make sure you use those shield recharges wisely.

You know those spider-like drones you see when you open loot boxes in the game? Well, they are actually hidden around the map too and while they don’t drop skins (a shame really) they do drop some of the highest possible loot in the game. 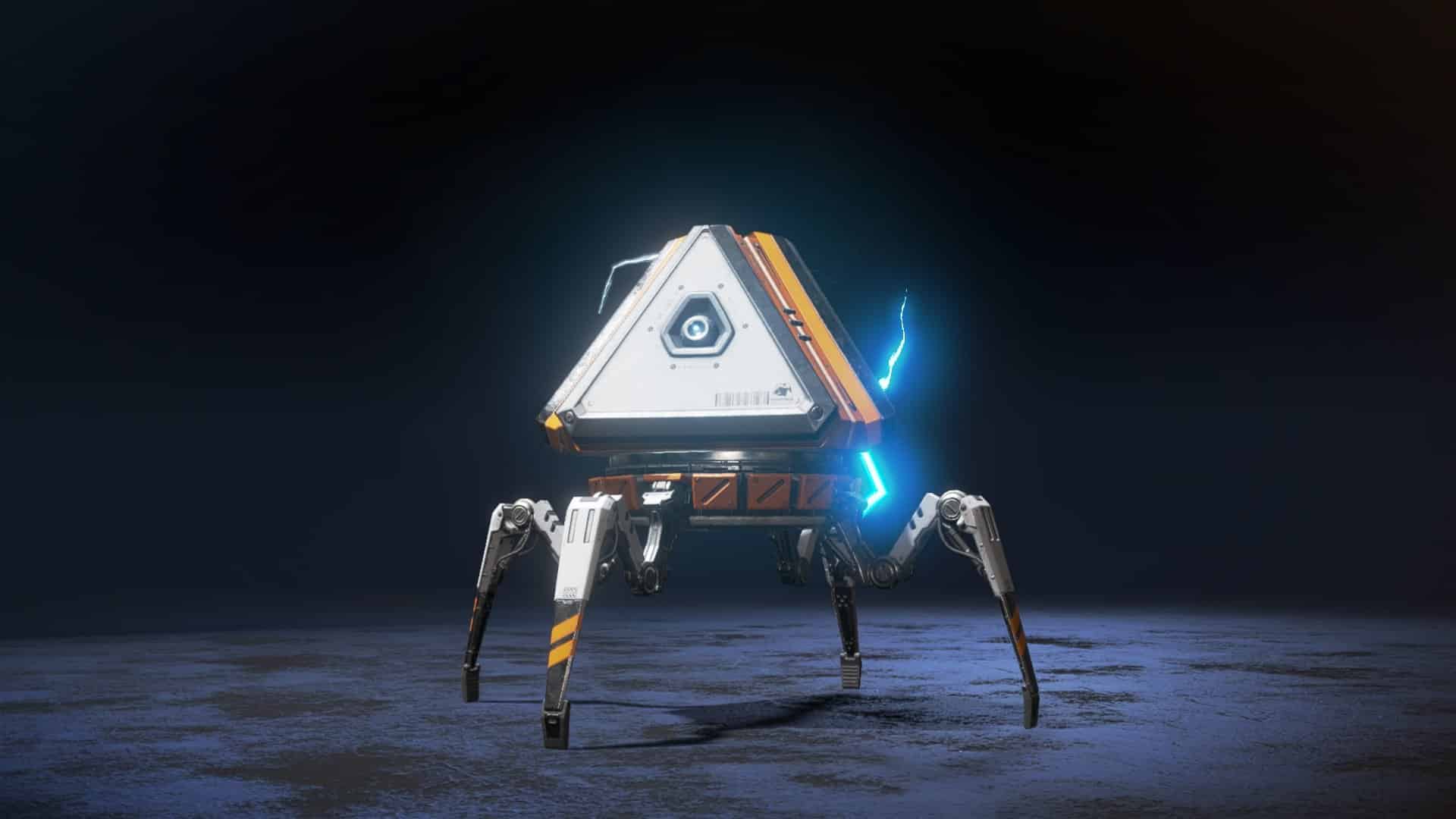 When you see one around, shoot or melee it and get ready to start managing your inventory as you try and make space for everything it drops. These spider-like drones can be found on walls and even ceilings so keep your eyes peeled.

So there you have it. These tips are just the surface of the game’s awesome gameplay. If you have any more, drop them in the comment section below.

Gaming | PC | 10 Ways To Dominate The Battlefield in Apex Legends