During its “Time Flies” event, Apple announced a range of new products including a new Watch Series 6, SE and iPad range. Of course, the new iPhone did not make its debut during the stream. This comes after an expected delay due to the ongoing COVID-19 pandemic. The company is set to host a special iPhone event later this year. While the event was iPhone free, the stream played host to some great new things.

The new Apple Watch Series 6 comes in a range of new colours. This includes a Product Red, Blue, Stainless Steel Gold, and Graphite shade. The biggest feature in the new the device is its new ability to read your blood oxygen. The new device reads this using advanced algorithms in hand with the new infrared sensors. The new watch packs the new S6 SoC which includes improved speed and battery life. 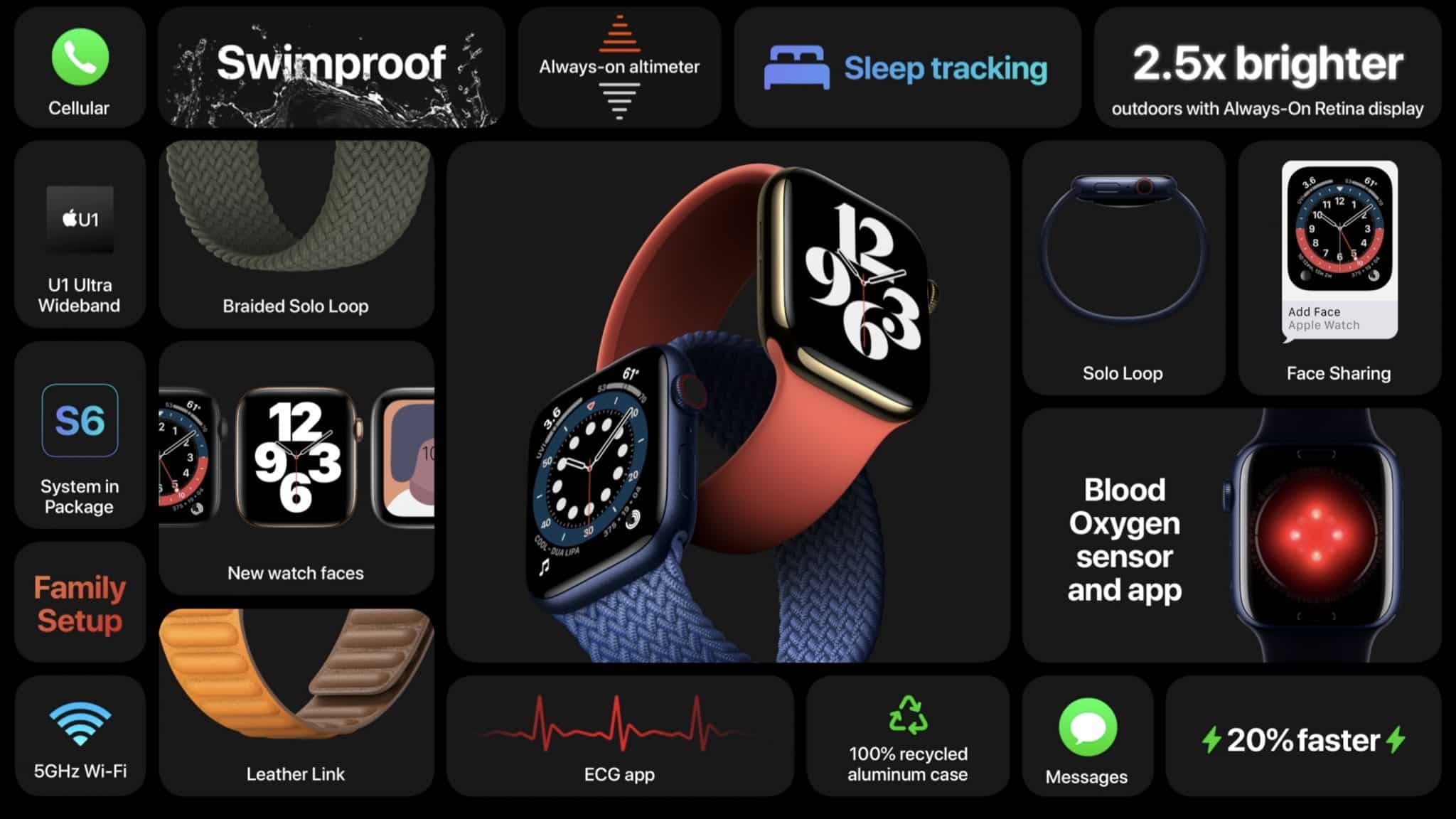 The always-on display on the new version is 2.5 times brighter than the current model. In addition, it includes a new elevation mode that detects how high you have climbed up a set of stairs. The Series 6 starts at $399.

The company shared a range of new watch faces too including a new MeMoji one that lets your custom-made Emoji character be the face of your watch. In addition, the company showcased a range of new Solo Loop Watch bands which are new link-free straps for all current watch models. These don’t contain any clasps or holes. They extend over your hand and fit onto your wrist. Apple claims they come in multiple sizes made for everyone. They are also made in two versions including silicone and woven band.

Apple announced a new cheaper watch called the Apple Watch SE that includes the new blood oxygen feature along with an S5 chip. It comes with all the bells and whistles you would expect from the range including fall detection, the large display, all the band support and more. It starts at $279. 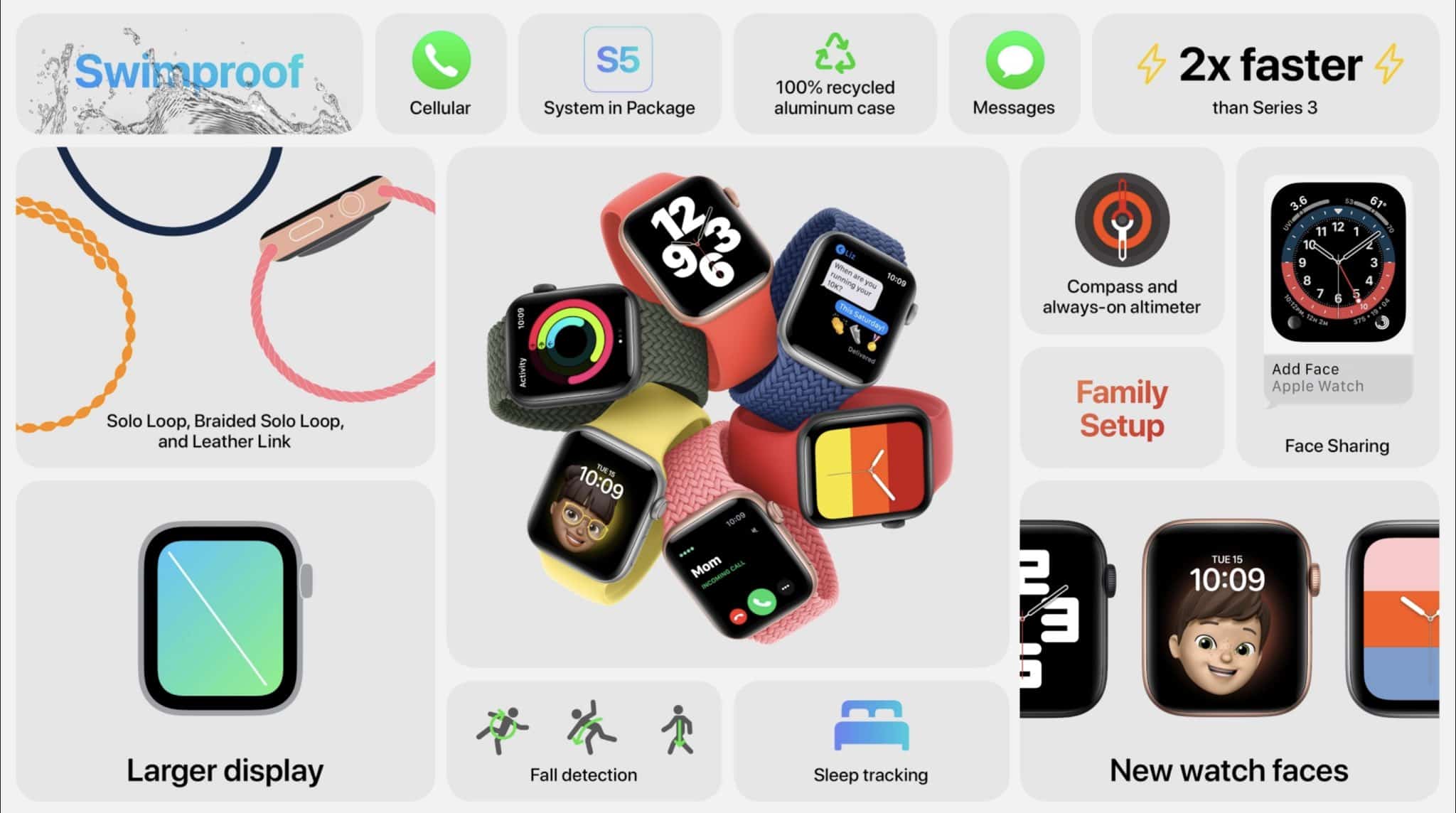 There’s a new fitness subscription coming your way called Apple Fitness+. The service goes hand-in-hand with the Apple Watch and is powered by the device. Users can choose a workout on their iPhone, iPad or Apple TV and it automatically starts the workout on your watch. The watch captures all your data while you workout and feeds it to your TV or iPhone while you watch the video. This includes yoga, cycling, and even some “at home” ones to keep users engaged. Apple claims new workouts are added on a daily basis along with new music and playlists. The subscription starts at $9,99 per month or $79,99 per year. Each subscription offers a free family package at no extra cost. The company announced a new packaged subscription service called Apple One. The service comes in three tiers and packs iCloud storage, Arcade, Music and TV+ into one monthly payment. In addition, the service includes News and Fitness+ in certain regions too. This costs $14,95 for an individual package, $19,95 for a family and $29,95 for the premier package that includes News and Fitness+ 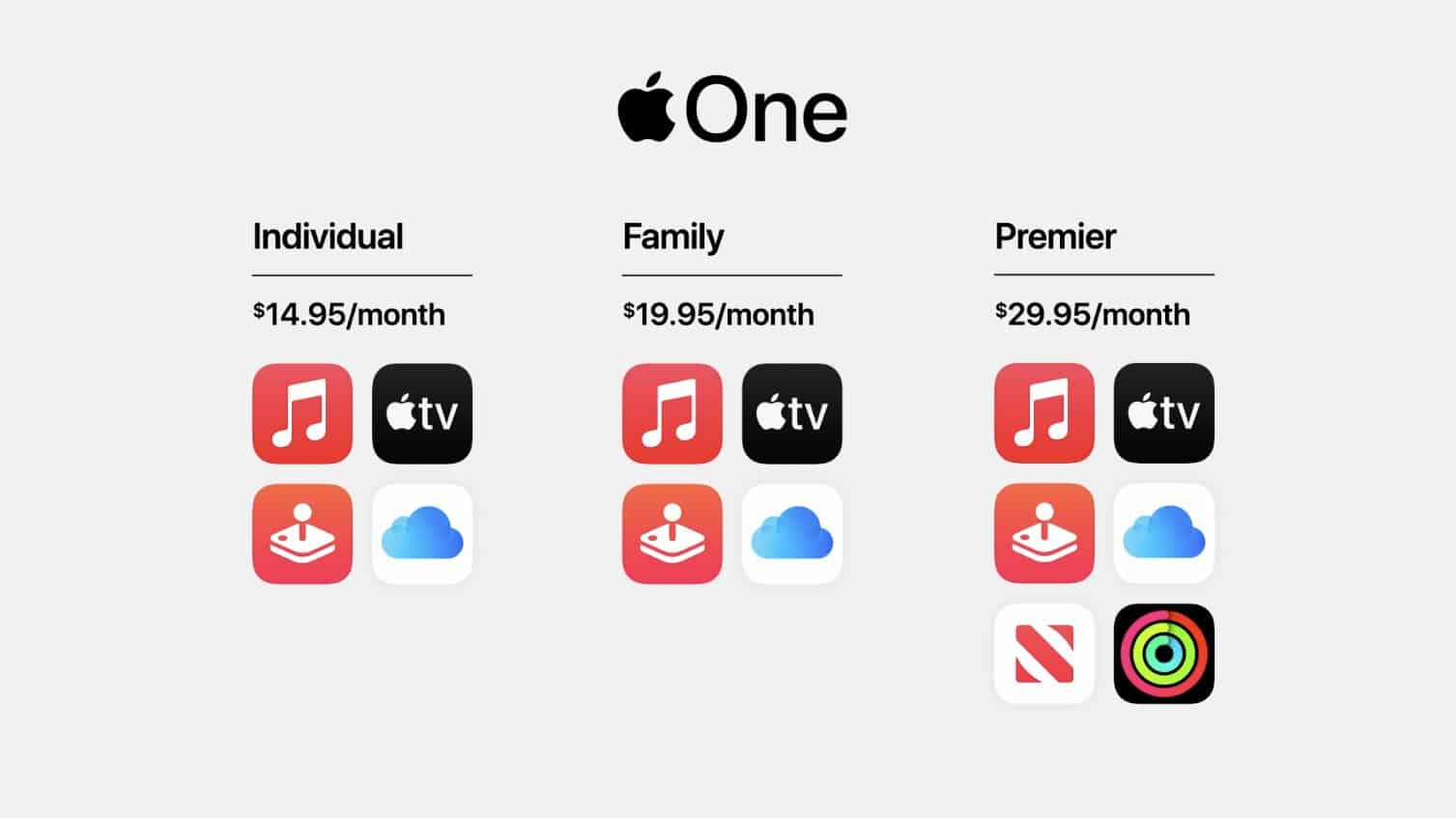 Find out more about these products on the official site. Local pricing and availability to be announced soon.