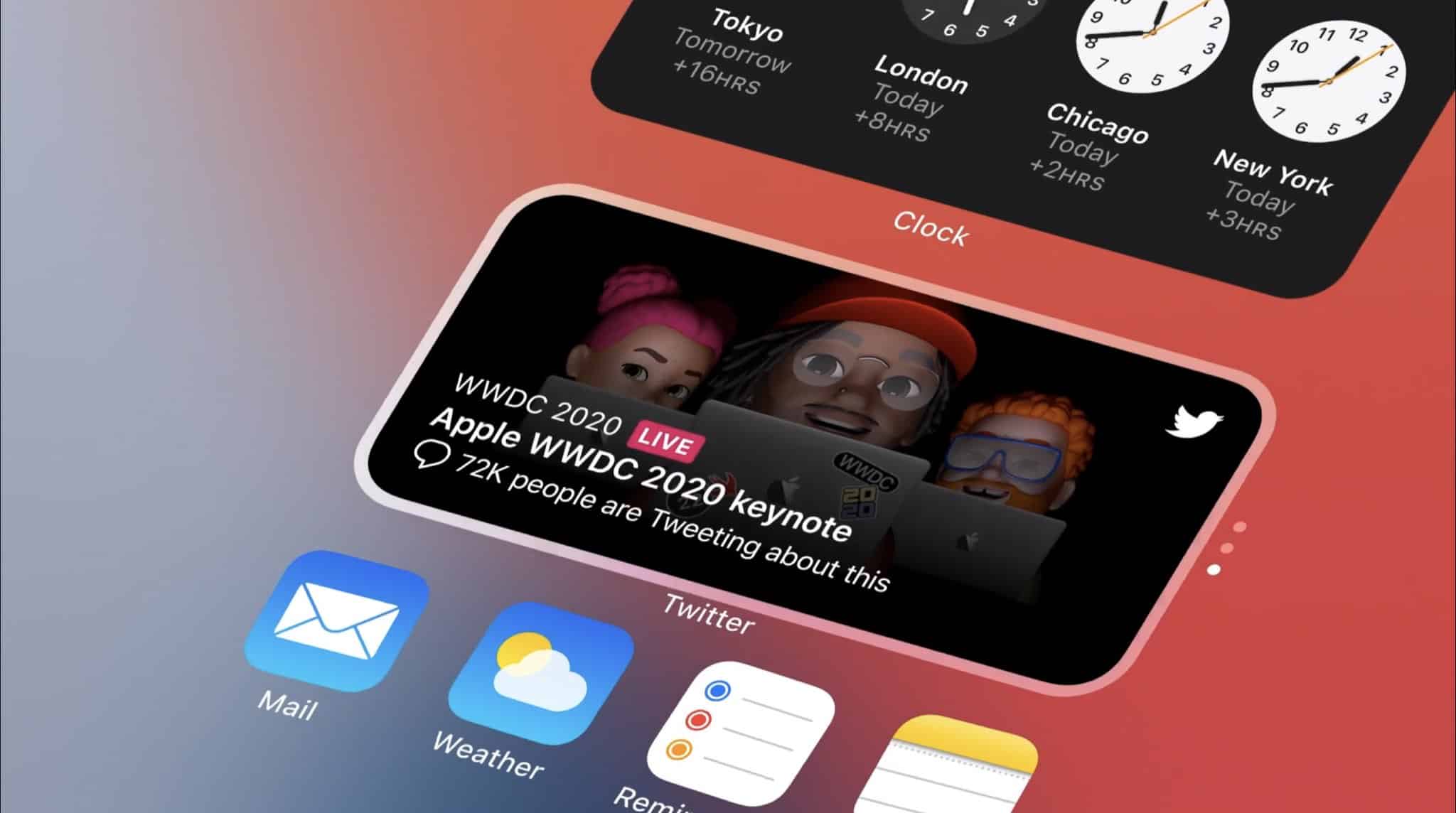 During the opening stream at WWDC 2020, Apple showcased its much-anticipated iOS 14 and there’s a lot going on here than it seems. The three biggest new changes in iOS 14 include an App Drawer, home screen widgets and iPhone picture-in-picture video so you can watch while you work. iOS 14 also brings some new Siri changes including a whole new design interface, smarter questions and responses and an automatic translate feature. Furthermore, Apple showcased some new changes across iMessage, CarPlay and the App Store.

The iPhone home screen has not changed in years, until now. First off, Apple will now allow users to add Widgets to the main Home Screen which will live alongside your other icons. Users can simply visit the Widget Gallery where they can add and customize widgets. There’s also a new “Smart Stack” widget that automatically shows relevant apps based on the time of day. 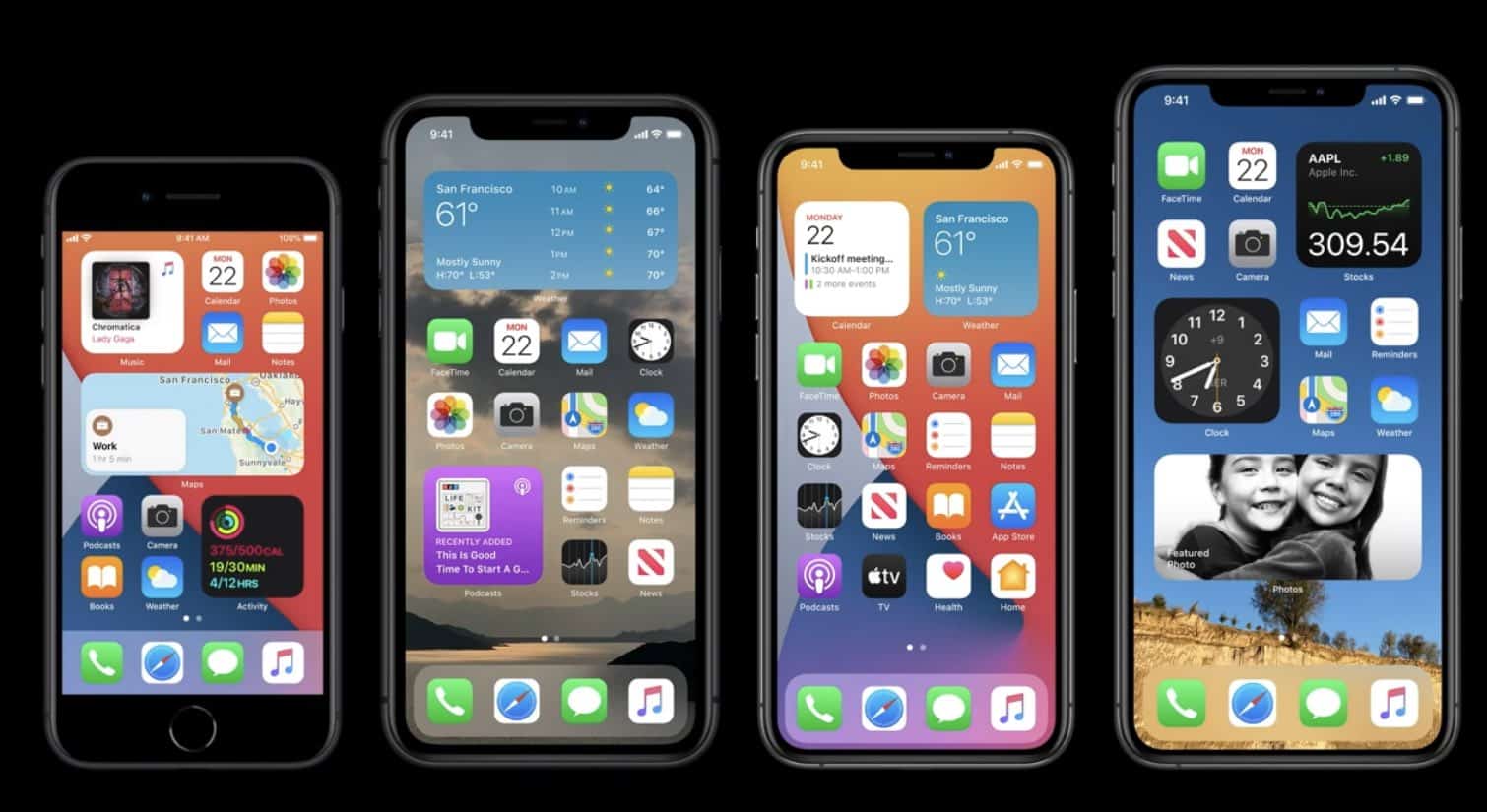 As for Siri, the new layout design will no longer take up your whole display. Instead, she will pop up at the bottom of your screen. There’s just a small overlay instead of the entire display. Siri also has some new features in iOS 14 including the ability to send audio messages and dictate them. 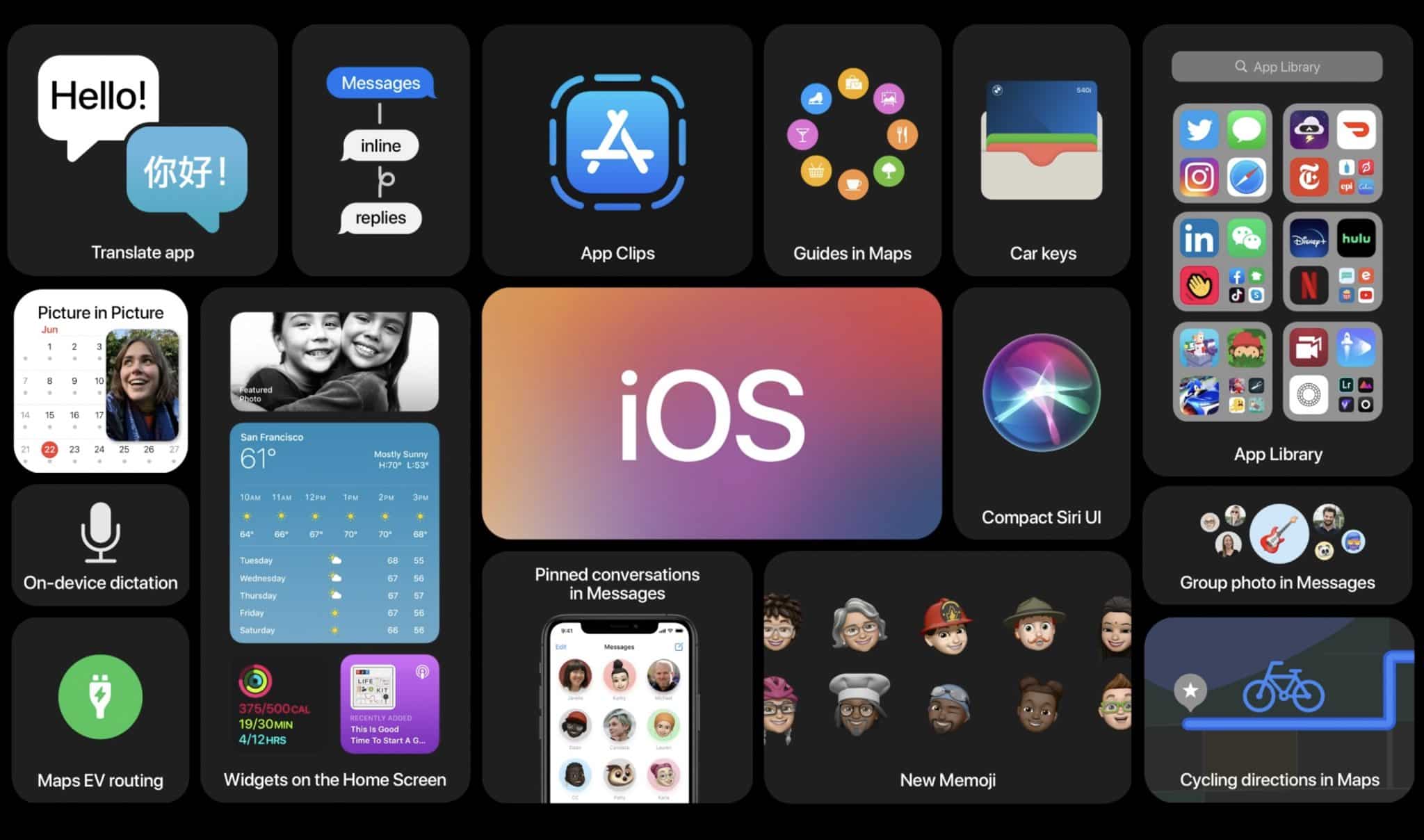 Apple announced a new Translate app that will be built into the iOS 14. It will allow users to easily translate between languages. Users can enter text or dictate something and get it translated into 11 languages. These include; English, Mandarin Chinese, French, German, Spanish, Italian, Japanese, Korean, Arabic, Portuguese, and Russian will all be supported at launch.

Messages in iOS 14 will get a few new tweaks. Users can now pin important contacts and conversations to the top of the Messages app making it easy to talk to specific people and group chats.  Apple is also adding new Memoji accessories to the OS including a face mask option.

As for iPadOS 14, Apple is introducing scribble, a new way to write something down with your Apple Pencil and have it turn into text on your iPad. In addition, iPadOS will focus on improving app designs to take advantage of the tablet’s large screen. Photo and Music, for example now have a sidebar that lets you move between different sections of the app. The calendar will also have more controls on the top of the screen. 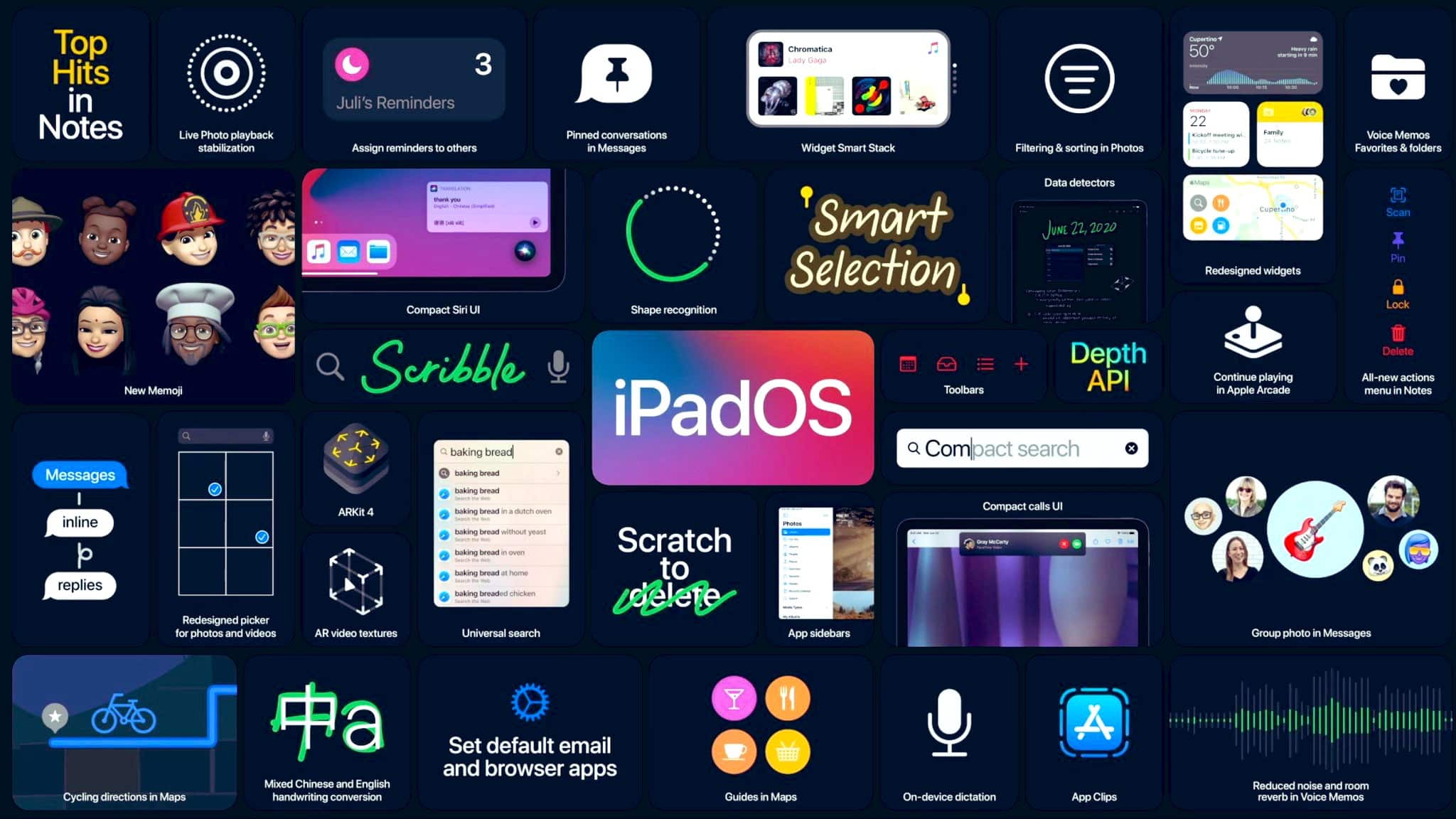 iPadOS is also getting a new compact Siri design. Both iOS 14 and iPadOS 14 will also get a compact incoming call menu that will pop up at the top of your display instead of taking over your whole screen. A new Universal Search feature will arrive with iPadOS 14. It can be used as an app launcher to find contact and documents and even search within apps for specific content.

Lastly, we have WatchOS 7 which has also been tweaked with some new features. The most important of all is the new Sleep feature that lets users set up a bedtime on their iPhones and start “winding down” by disabling the display’s notifications. When in bed, your Apple Watch will now enter a “sleep mode” that will display a simple watch face and track your sleep during the night. It uses machine learning to read you breathing, movement and heart rate. In the morning, your Apple Watch will then show you a detailed breakdown of your sleep, the daily weather and more. 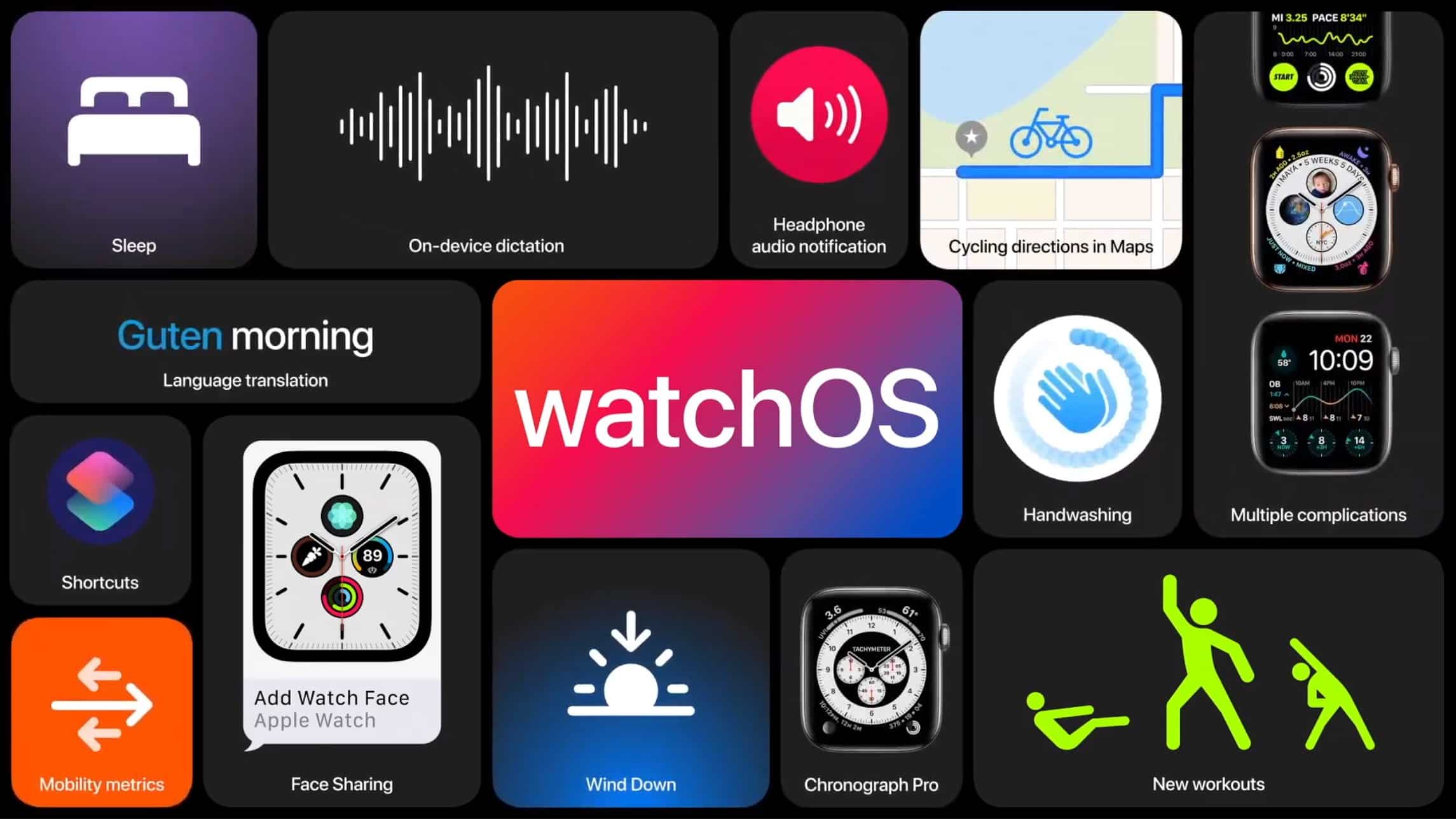 WatchOS 7 will also bring a new dancing workout to the app, and a revamped “Fitness” app which is replacing the “Activity” app. Last but not least, WatchOS 7 is coming with a hand-washing app that measures how long you wash your hands for. It tracks the movement and time it takes and notifies users when they are done.

Apple has yet to reveal the beta rollout plans for iOS 14.