Assassin’s Creed: Valhalla – Wrath of The Druids Review
"Where the challenge at?" 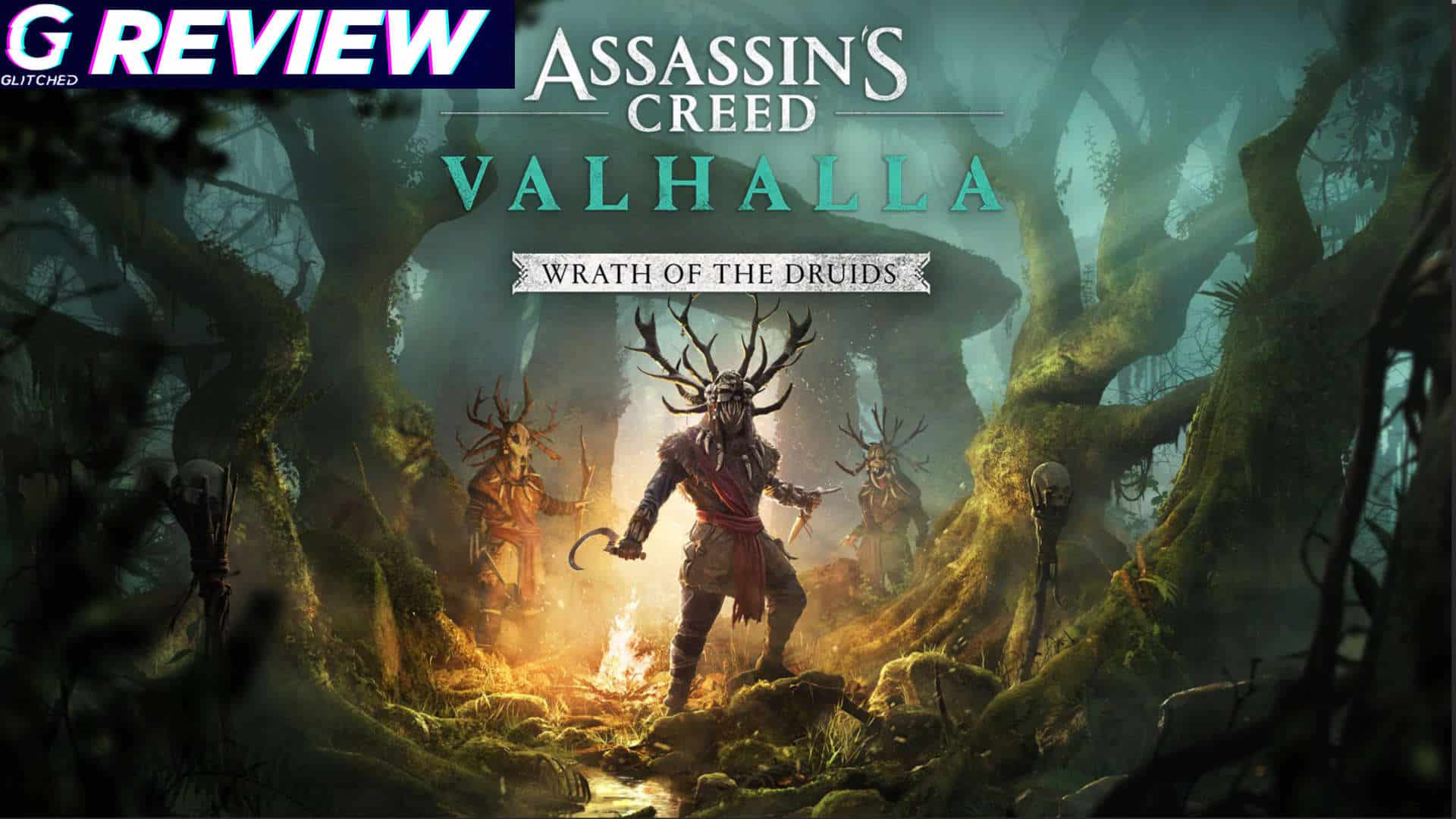 The first extended story DLC, Assassin’s Creed: Valhalla – Wrath of The Druids marks a big step for the game and Ubisoft had their work cut out for them. Not only did the content need to be big enough to warrant the game’s pricey Season Pass but it also had to be accessible to everyone. Let’s be honest, Valhalla is a big game and there are a lot of people out there that have not completed it.

Locking the content behind a game completion would not have been a wise move. Thankfully, Assassin’s Creed: Valhalla – Wrath of The Druids can be accessed just a few hours into the main game. It not only makes for a great place to start your Valhalla adventure but also for a fun break away from the main game, if you are low level that is.

Ubisoft has asked me not to refer to Assassin’s Creed: Valhalla – Wrath of The Druids as “DLC”. Rather, they are pushing for it to be called an “expansion” and I can see why. They already have DLC. You know, those nasty little cosmetic packs that get added into the game more than bug fixes and free updates. For the most part, Wrath of the Druids should satisfy all Assasin’s Creed fans. There is a heartbreaking story to play through that lasts around 12 hours. There’s a new trade feature that saw me running around the map unlocking trade outposts that gather resources I could trade to other regions.

Not to mention the map is littered with all the typical open-world activities you would expect from an Assassin’s Creed game. Also, it is simply gorgeous to play as Ireland manages to deliver a unique visual aesthetic compared to every other location in the main game. We all know Ubisoft for being masterful world creators and they did not hold back here at all. After I completed the story in Assassin’s Creed: Valhalla – Wrath of The Druids, I was satisfied with my trip to Ireland, even if it was a walk in the park. 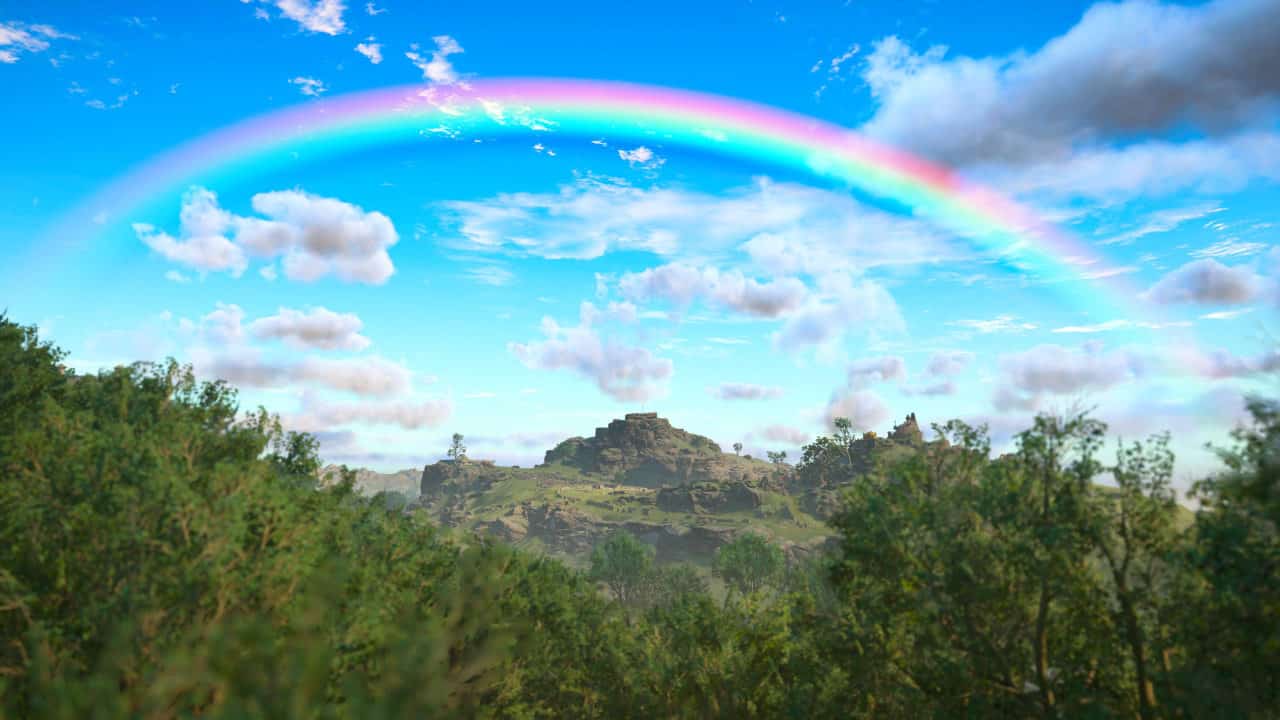 Assassin’s Creed: Valhalla – Wrath of The Druids can be launched the moment you get to Ravensthorpe. You receive a letter from a stranger tasking you to travel to Ireland to help with an ongoing situation. Upon arriving, you meet a handful of new characters including a one-eyed trade merchant named Azar, the King of Dublin, Barid, a Bard named Ciara and the High-King of Ireland, Flann Sinna.

These characters play a major role in the Assassin’s Creed: Valhalla – Wrath of The Druids story as I explored Ireland trying to uncover the mystery surrounding a group of rogue Druids called the Children of Danu. For the most part, the expansion has a great flow to it while at the same time locking me out of progressing the story by tasking me to complete bounties for the king to increase his reputation.

Much of the content pays homage to the old-school Assassin’s Creed games. There’s now a pigeon coop where Evior can pick up side-quests that spawn throughout the region. These tasks ranged from stealing an item to hunting down an enemy. However, each of these also came with optional side objectives called the “King’s Plea” such as not being detected or taking damage during the quest. 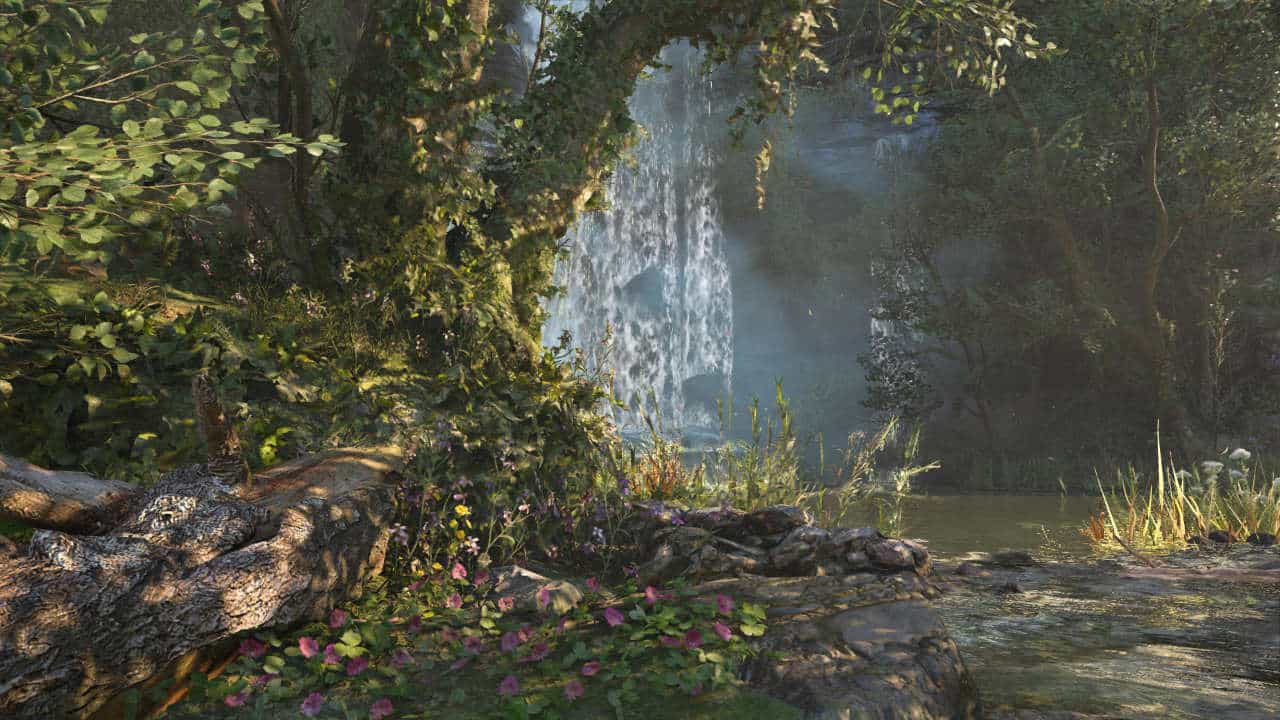 I thought this system was great at first. We all know Assassin’s Creed: Valhalla is the furthest thing from a stealth game so forcing me to play that role felt good. I miss sneaking around in tall grass and scouring across rooftops to jump on top of my prey from above. These optional objectives put me in a box and I wished the game did that more. However, these pigeon coop quests don’t last that long and are over before they get good.

You see, in order to progress the story the game locks the next quest behind reaching the max reputation by completing these tasks. Unfortunately, it only takes completing two with the optional King’s Plea to progress the game. This only happens twice in the story so basically, four quests are needed to move on. You never have to go back to these pigeon coops again once you’re done. You can carry on completing the tasks for trade materials but those are also in an abundance making the rewards pretty pointless. 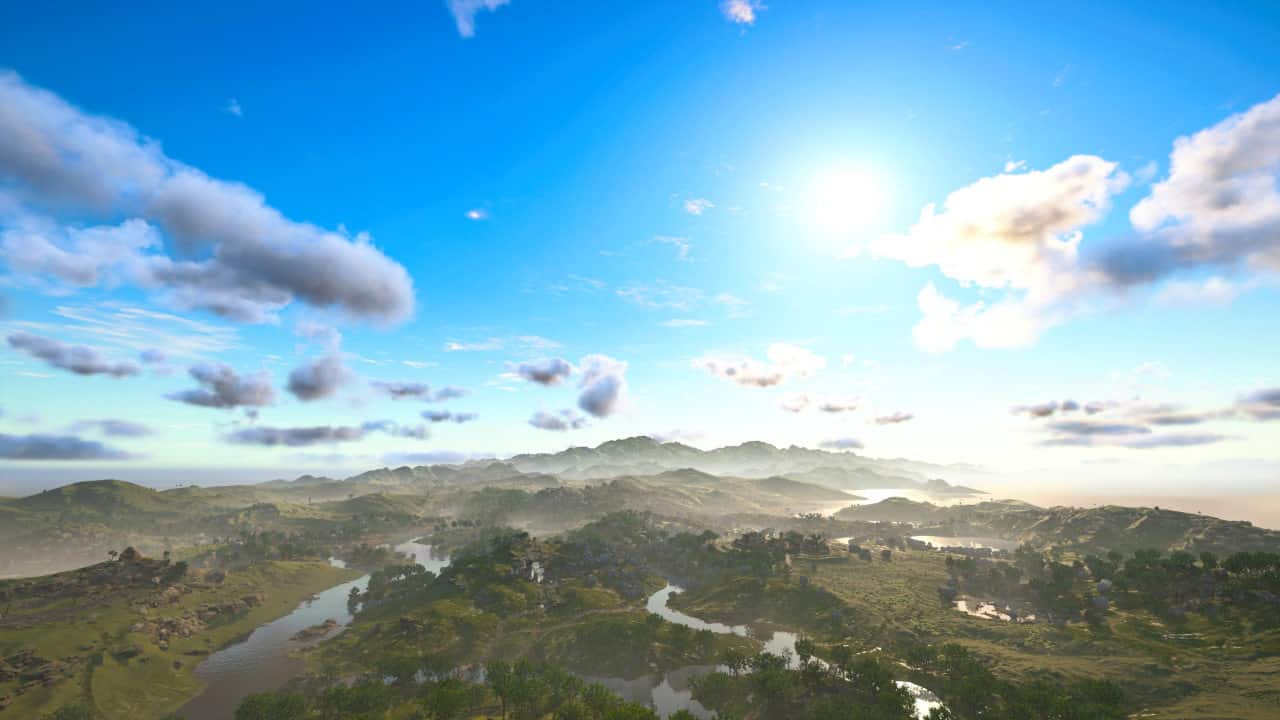 Speaking of which, the idea of a “trade” city pushes the narrative and gameplay features in Assassin’s Creed: Valhalla – Wrath of The Druids. I got tasked with taking back the various trade posts throughout Ireland which have been taken over by either the Druids or enemies. Each trading post specialized in a specific resource of Ireland. Once freed, these trade posts can then be unlocked by tracking down the deed.

Finding the deed turns the property into your own where I could upgrade some aspects of the trading post. This included increasing the rate at which it develops the resource, how much the chest where it is stored can hold and even unlocking some arrow and ration refill stations. By the time I reached the end of the story, I had all my trade posts unlocked and fully upgraded.

This meant I had an abundance of materials and even maxed out the Dublin rank by trading everything to Azar to unlock gear, tattoos and settlement items. So you can understand why I say the pigeon coop was pointless by the time I went back to take on new tasks. 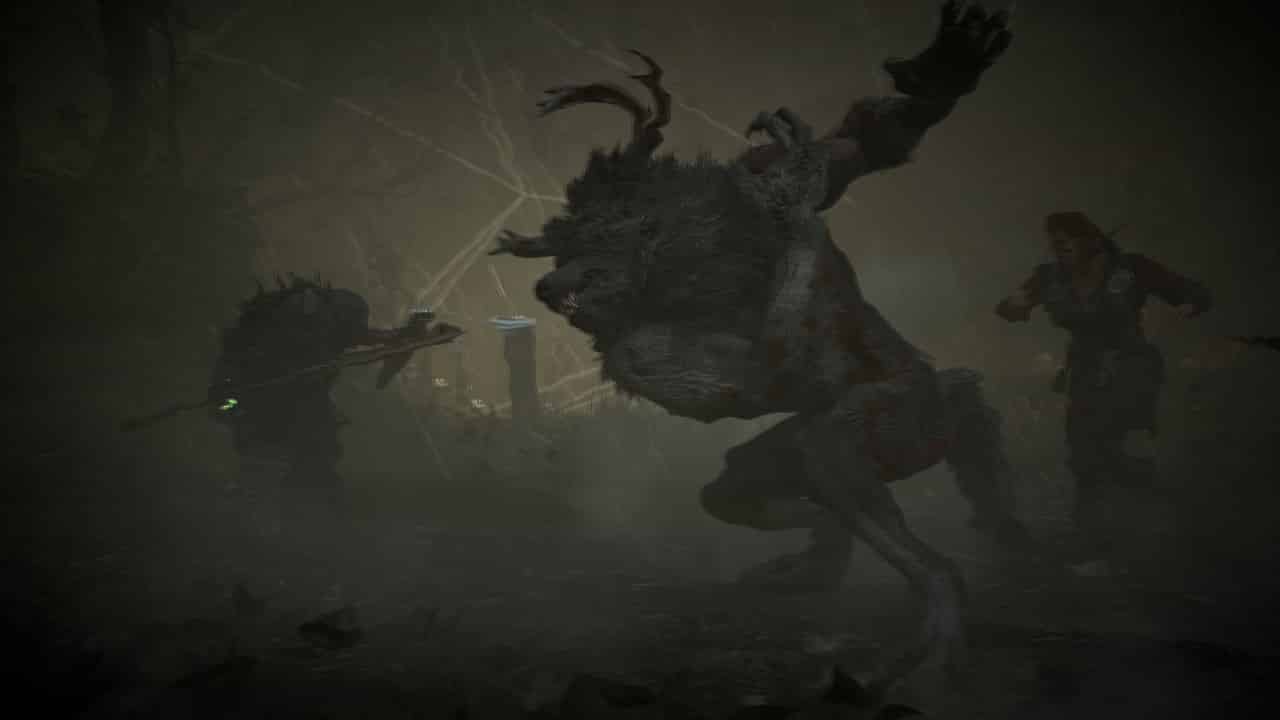 With that being said, I really enjoyed the whole trade post feature in the Assassin’s Creed: Valhalla – Wrath of The Druids expansion. It gave me something to focus on while going about the rest of the content. I was always looking for a deed, always checking my chest to see how full it was and constantly rushing back to Dublin in order to collect my stuff and trade it with Azar. There are also some really cool armour sets to unlock from trading resources which include Egyptian, Rus and Byzantine Greek armour sets.

Even if you don’t use the gear, the cosmetic items are more than enough to keep you grinding. I just wished there was more to it and after the story, I had reason to pick up tasks and do them.

Assassin’s Creed: Valhalla – Wrath of The Druids is a dark story. The Children of Danu drive most of the game’s plot as they have now crept their way into the ranks of the church and High-King Flann Sinna, being an extremely paranoid king struggles to see this. The expansion also has a large focus on the druids and the so-called “magic” they conjure using all sorts of items. This means that Ireland is littered with druid strongholds that are filled with green polluted air that makes Evior see things.

It creates a unique approach to combat as these druids have a slight supernatural take on them. Some of them can turn into werewolves, some can spit fire and some even teleport around the area. In a way, these new abilities mix up the combat a bit especially due to how ferocious some of these enemies are. 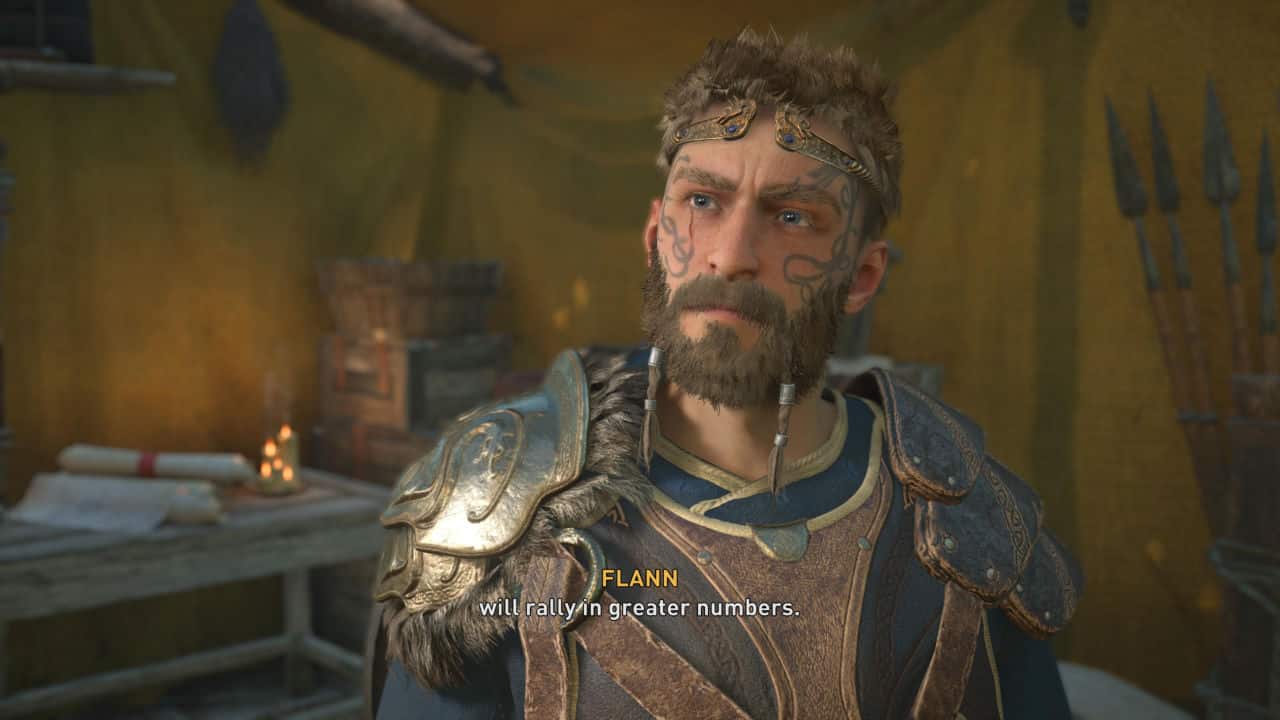 Even with the new enemies and threats, the expansion was still a walk in the park for me. I am on 427 power and I just breeze through the combat now. I even turned up the difficulty to the max and still, these encounters barely made me break a sweat. It is a concern. Players who have been grinding it out in the main game as I have might find the expansion to be a little too easy.

I wish there was a way to pump the enemy levels up to match mine. It would have made the content a lot more enjoyable with a little extra challenge. The max power level in Assassin’s Creed: Valhalla – Wrath of The Druids is 55. It is very low. I get the need to make this content accessible to everyone but at least include a way to pump the region’s power level up if you have been playing the game.

Assassin’s Creed: Valhalla – Wrath of The Druids is fun. It may have some major balancing issues across the trading feature and power levels but if you love the main game and need a new area to explore, Ireland is perfect. It is beautiful and there are so many things to see and do including new bosses to kill, opals to find, gear to locate and a whole roster of Children of Danu to track down and kill. It is everything you love from the main game with a sprinkle of “supernatural druid” on top of it. 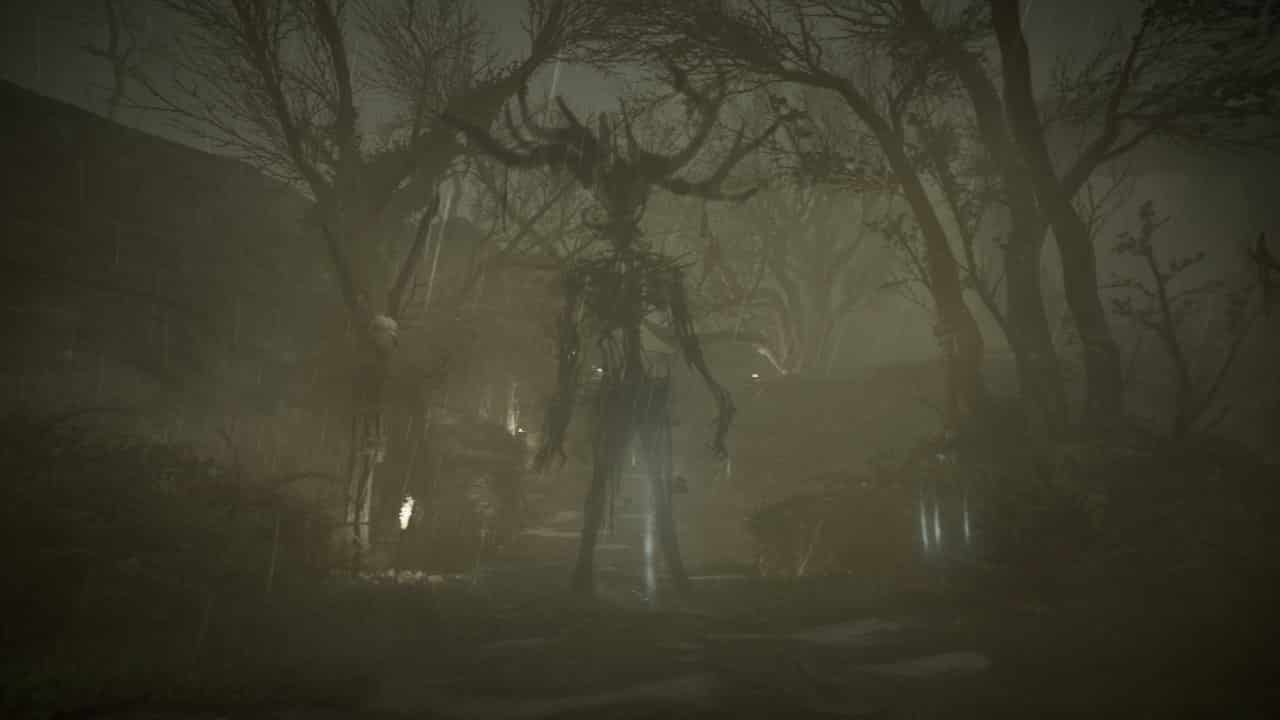 The first expansion in Assassin’s Creed: Valhalla doesn’t break boundaries but instead offers an enjoyable bite-sized experience with some fantastic characters and a superb story. Newcomers will love this content as you can complete it before you even jump into the main game. However, those who are veteran players may find it all too easy which is kind of pointless if you’re looking for new things to do. I was hoping for a challenge. It never happened but I got new gear and opals so there’s that at least.

This Assassin’s Creed: Valhalla – Wrath of The Druids review was based on a code sent to us by Ubisoft