ASUS announced a rather incredible collaboration with Mobile Suit Gundam, merging the passion of PC DIY and the famous mecha-anime together with new Gundam-themed products. With a full range of special edition ASUS motherboards, gaming cases, all-in-one coolers, and peripherals inspired by the original RX-78-2 Gundam, fans have the chance to create a full Gundam gaming setup. You can also win a ROG Gundam Helios Chassis. Details can be found at the bottom of the post.

These new products lean heavily into the Mobile Suit Gundam show, with design elements from the warring factions of Earth Federation Space Force and Principality of ZEON. The RX-78-2 Gundam-themed products feature the iconic red, white, blue, and yellow colour scheme, as well as Earth Federation Space Force decals and livery. Meanwhile, the MS-06S Char’s Zaku II boasts fiery red and black liveries, along with the Principality of ZEON decals.

The special edition ASUS Z590-Gundam (WiFi) motherboard boasts the latest Intel platform with “game-ready features and proven durability”. The platform is decked out with the heroic white livery worn by the iconic RX-78-2 Gundam, yet it still features the top-grade components, an upgraded power solution, and comprehensive cooling options to deliver rock-solid performance.

If you’re an AMD CPU user, the menacing red and black colours of the MS-06S Char’s Zaku II Edition is paired with the TUF Gaming B550-M “with gameplay-enhancing features, military-grade toughness, extensive cooling options and an upgraded power solution.” 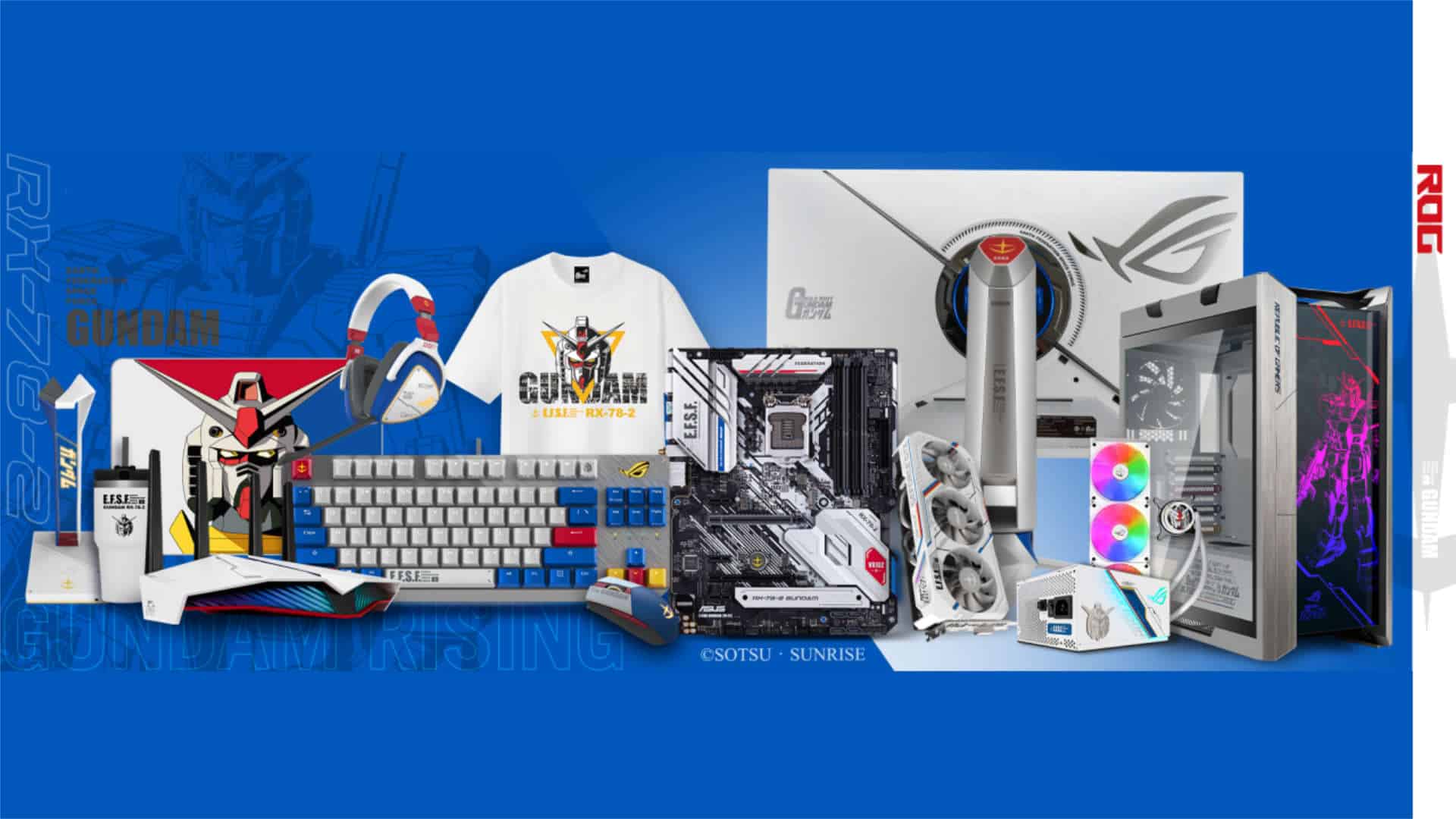 The ROG Strix 850W Gundam Edition power supply boasts a modular design that harkens back to the RX-78-2 Gundam. The PSU has a white shroud, with red, blue, and yellow accents, giving it a look that mirrors the iconic Gundam. It also boasts a magnetic ARGB panel, as well as ROG and Gundam-themed decals.

The centrepiece to the build is the ROG Strix LC 360 RGB Gundam Edition, which boasts a striking white finish, along with the RX-78-2’s head on the pump cover, while the signature design decals along with the radiator and pump complete the look. We will have to wait until October 2021 to get our hands on these special edition items. Although, this may prove to be difficult with the limited quantity coming in. If you want to have a look at all the special edition components made for this collaboration, click here. 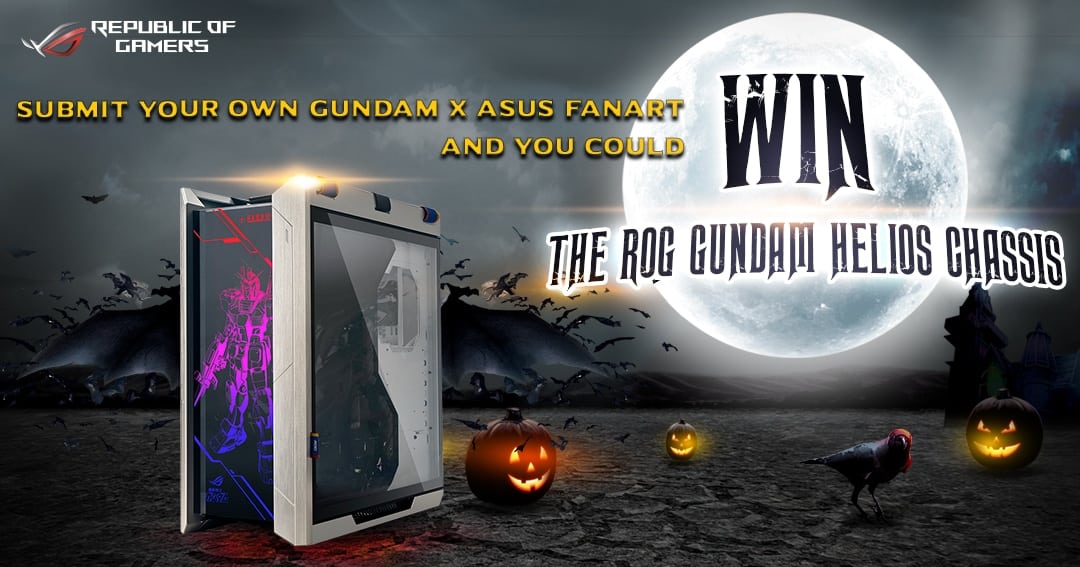 Users who want to enter the ASUS ROG GUNDAM Helios Chassis giveaway need to follow this link. Here you can submit your Own Gundam X ASUS FANART and you could stand a chance to win a Limited Edition ROG Gundam Helios Chassis!!