ASUS has a long-standing relationship with gaming and the ASUS ROG STRIX B550-E gaming motherboard oozes the brand’s stylish design aesthetic and power. This AMD board is one of the best on the market but it does come in at a cost. For around R6,000, it is the top-of-the-range B550 model. There’s also the F and I models which aren’t as supped-up as this one. They also cost around R500-R1000 less depending on where you buy them. 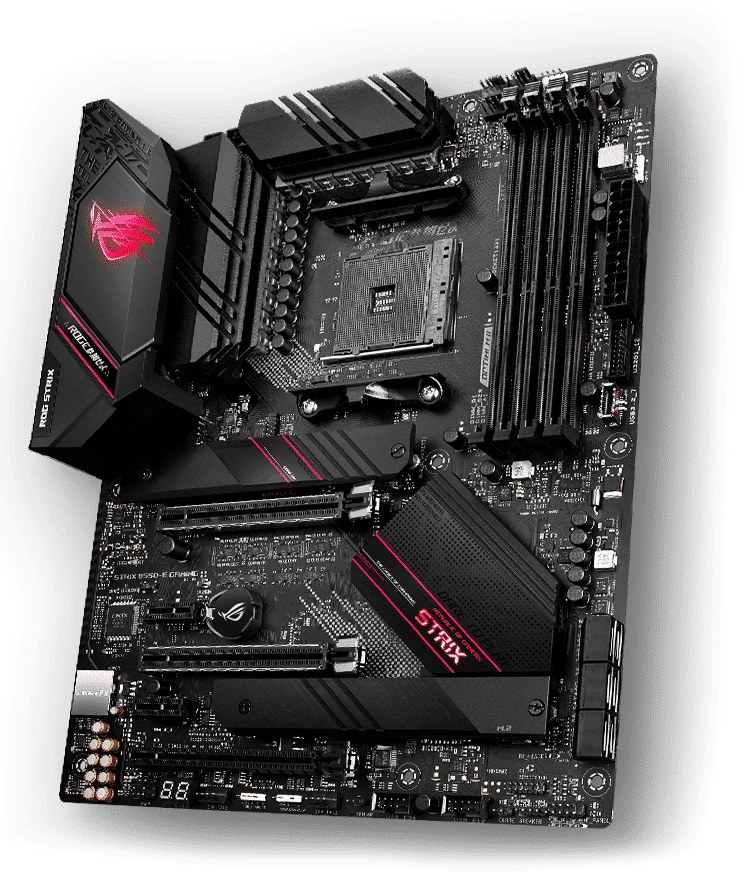 Like most STRIX gaming hardware, the B550-E is pretty much the same here when it comes to the design. There’s a pinch of RGB here, a load of black parts there and enough room to put everything you need into one motherboard.

When it comes to the outer ports, a big selling point for the B550-E is the Wi-Fi 6 support. Of course, you will need an adaptor with it, of which ASUS did not send with the device to test out. There’s a Display Port, HDMI, 3x USB Gen 2 (not Gen 2×2) ports, 2 Type-A ports, a USB Type-C, Intel 2.6gb ethernet, and an audio Type-C among the other audio ports like microphone and headset. Anyone with any modern PC will love the sheer variety the ASUS ROG STRIX B550-E Gaming Motherboard offers. 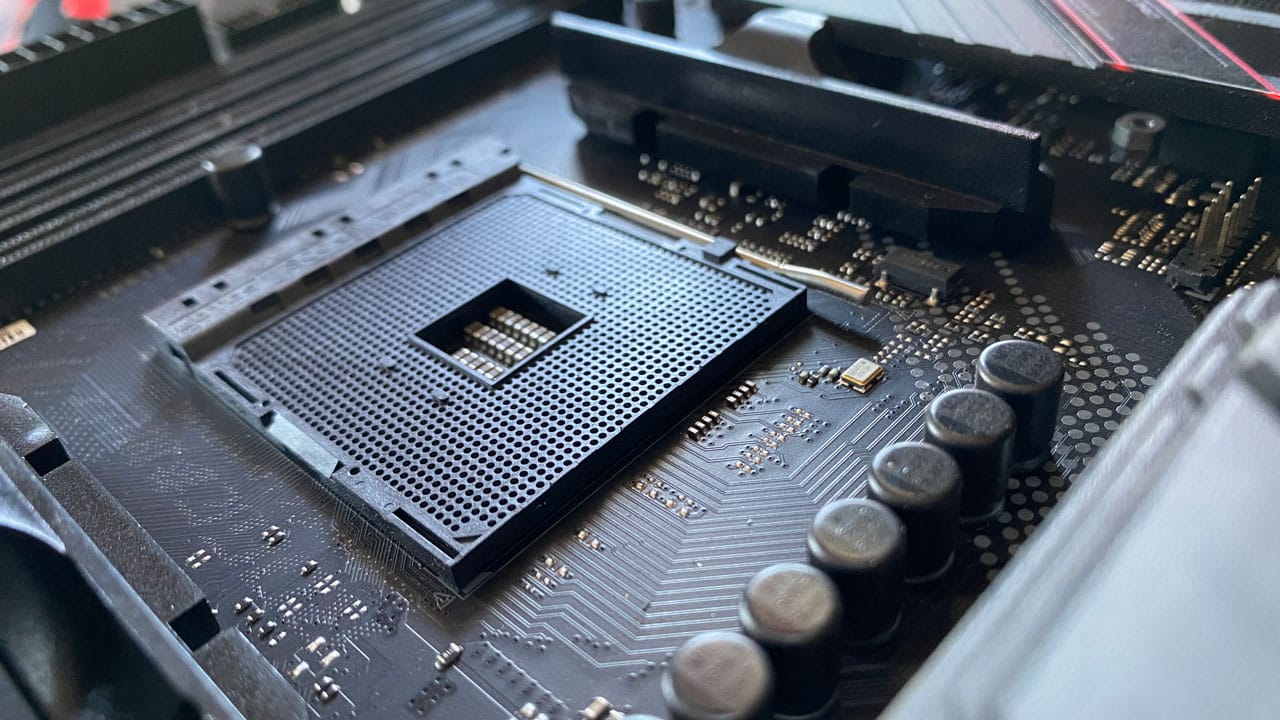 As for the board itself, it took packs a load of sockets ready for your hardware. At the top, there are the ProCool Power Connectors, followed by a heat sink and the AMD chip socket. Then there are two hidden M.2 slots which are accessible by removing the heatsinks. You have to replace them after installing the chips to help keep things cool. One slot is positioned under the CPU and the other near the bottom of the board. The top slot is PCI-E Gen 4 x4 and the bottom is Gen 3×4. But this is a problem. While the board supports 2x M.2 SSDs, they won’t run at full speed. The only one that will reach max speed, the Gen4 chip located closer to the CPU. There are other motherboards on the market that have two Gen 4 slots if you want to max out your SSD performance. 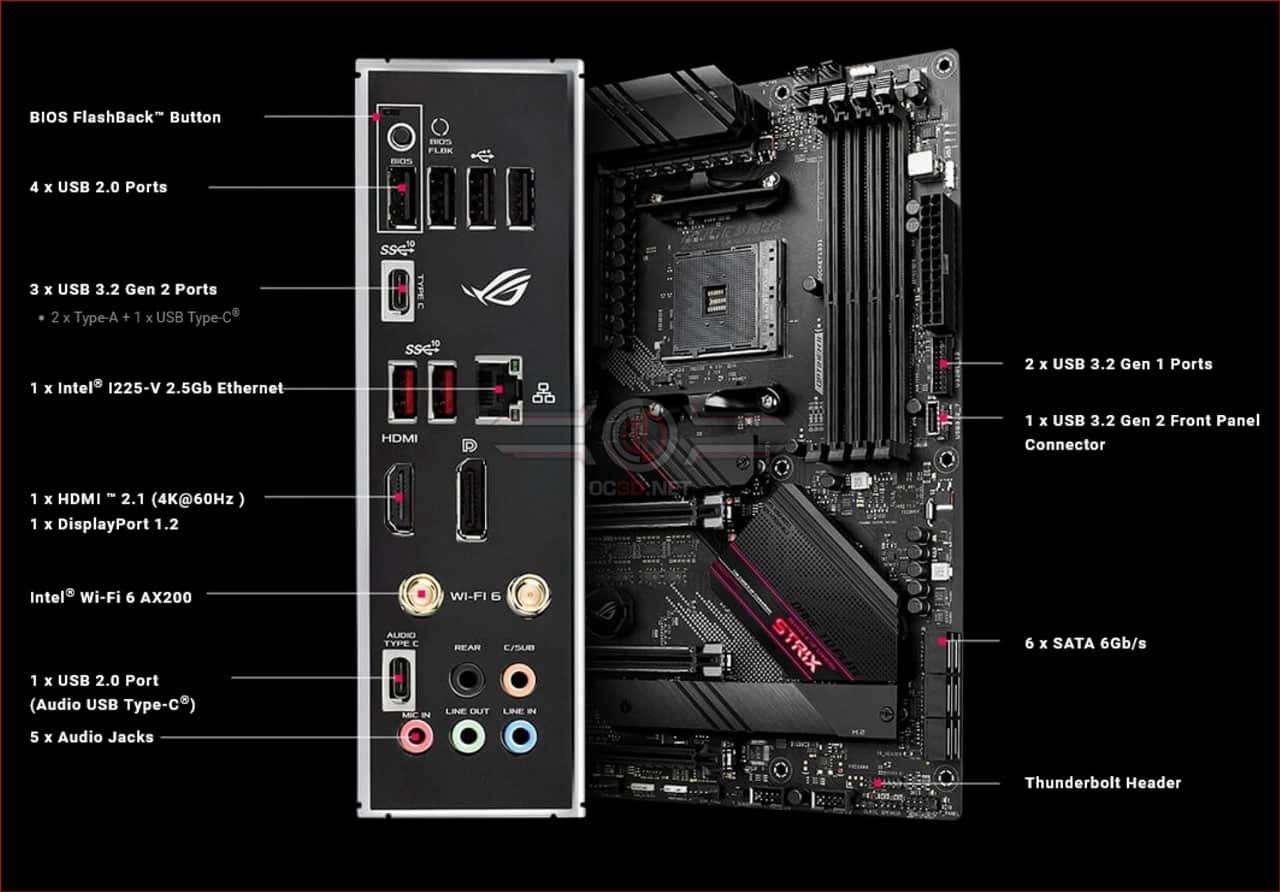 Then we have the additional 1 x PCIe 3.0 x16 slot (x4) and 2 x PCIe 3.0 x1. I know it sounds very complicated but in simple terms, these slots support dual GPU graphics both in the PCIe 4.0 slots. In addition, this ensures the max available bandwidth for high-end GPUs. While many won’t make use of this feature, it is still nice to have.

The board includes some other cool sockets. One of which is the sound. It used the SupermeFX S1220A Codec. In addition, it supports Shielding, Dual OP amps, Sonic Studio, Virtual Mixer, Sonic Radar III and DTS. This goes hand-in-hand with the Audio Type-C port which is a pretty modern connector used to listen to music with Type-C headphones.

Of course, you also have the RAM slots and other connectors to make the most out of your PC case. You will need a pretty modern PC case to max this board out. There’s a variety for USB Type-C support, a load of sound options which even includes 7.1 audio shielding that improves sound quality. 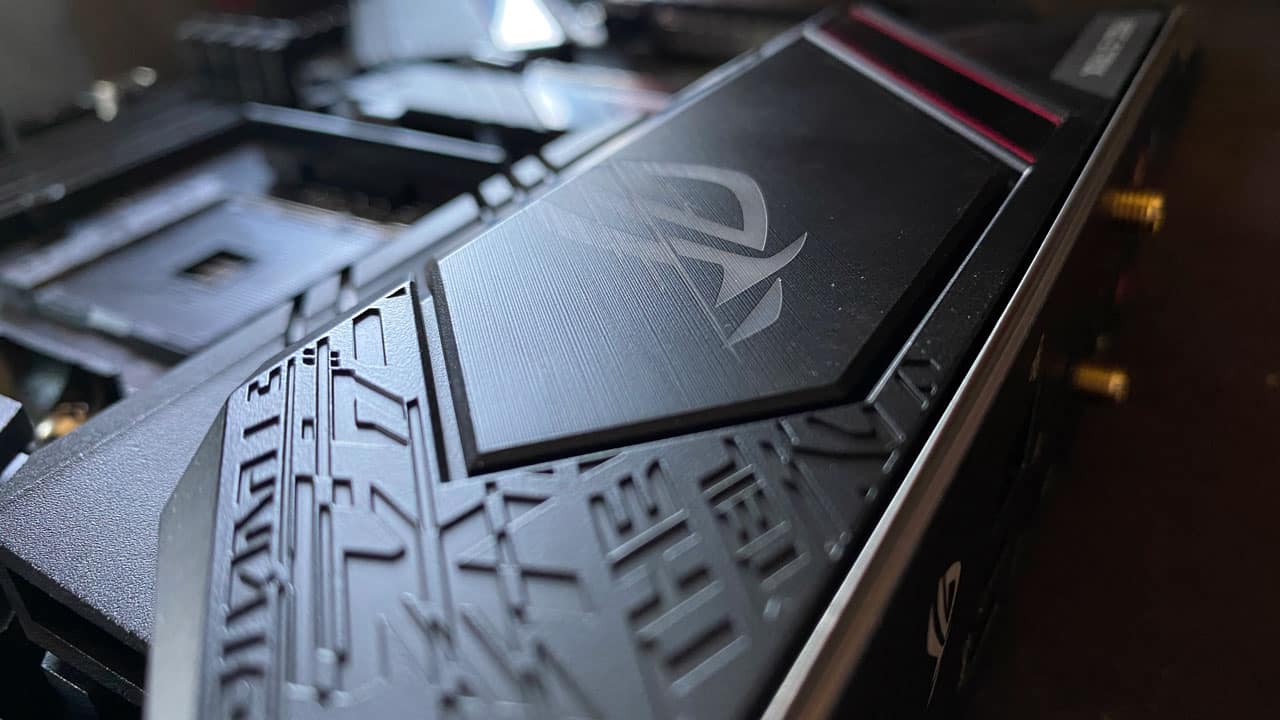 Other cool additions include the two-digit debug display. We then have the RGB which is found on the main port hub. It syncs to your other fancy ASUS devices which are Aura-capable. I am not going to bore you on how this is installed in your PC case. If you are reading this review then you most likely know about motherboard installation.

ASUS supplied an AMD Ryzen 5 3600x CPU along with the board to benchmark it all. This along with my MSI GTX 1070, 512GB Samsung Evo 850 SSD and 16GB of HyperX DDR4-300 were installed in the case. Performance speaks for itself. The motherboard is a beastly piece of hardware that complimented the CPU like no other. I tested a few games and the results spoke for themselves.

Keep in mind that the AMD Ryzen 5 3600x CPU that I used for these tests is also easily overclocked meaning you’ll most likely get a lot more out of this board when reaching the possible 4.4GHz frequencies. In addition, I don’t own any 2000 series GPUs so expect a further boost on this motherboard with that better graphics card too. If anything, my GPU definitely held back these tests a bit.

When then have the BIOS which is typical ASUS ROG style here. There are a lot of options to keep you happy. It also does a great job keeping tabs on everything plugged into the device including fans (if supported). It is here where the overclocking magic takes place too depending on your AMD chip. Chances are, if you have this board then you also have a fancy Ryzen 3 or 5 and the overclocking possibilities are quite plenty. Of course, you can further increase everything with liquid cooling and other heat dissipating options. You know the drill. 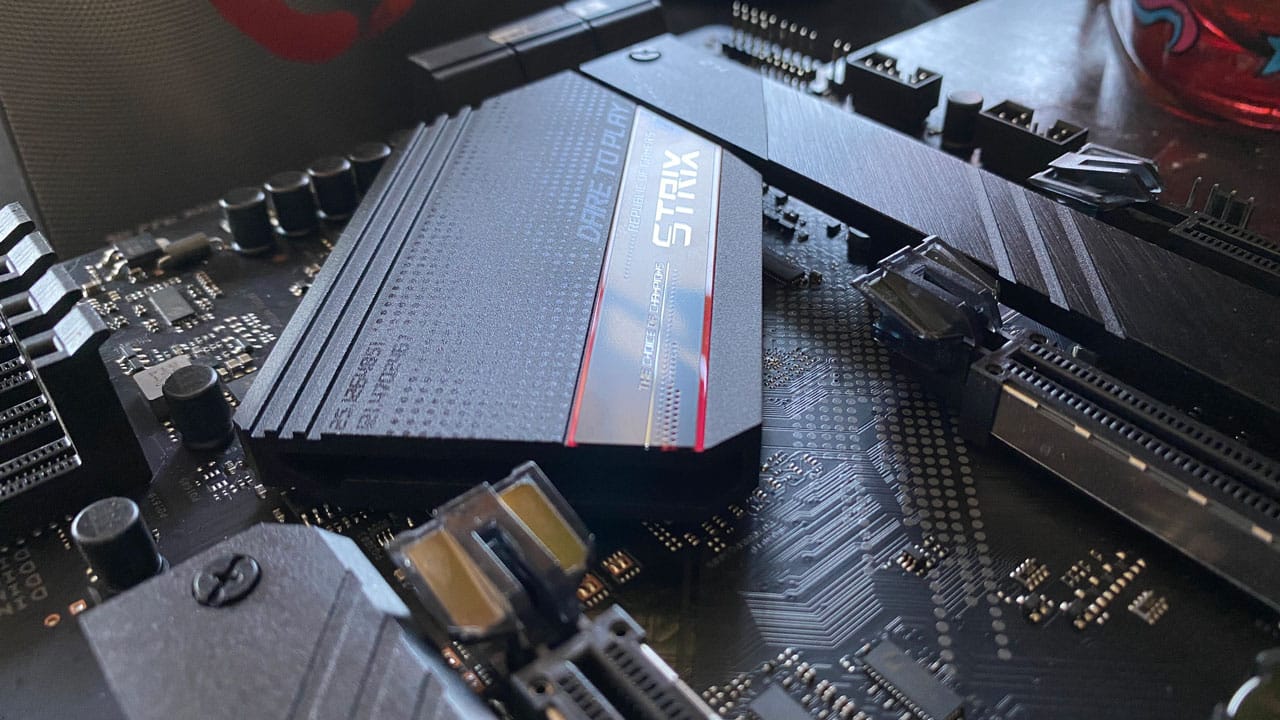 So who is the ASUS ROG STRIX B550-E for? There’s no doubt better boards out there and if anything, cheaper ones too. However, the ASUS ROG STRIX B550-E is for those who want to run a stable and pretty snappy OS. Sure, the M.2 restriction gets in the way of enjoying the best SSD speeds and the overclocking was often a miss here not affecting performance and not saving the profiles either. With that being said, this board is a monster and its ports are future proof.

Wi-Fi 6 is a great addition and the Intel Ethernet is one of the fastest on the market. You’ll just need to have the other tech to support it all. You always need to keep in mind that the B550-F is cheaper and while cuts away some of the meat, you may not even need what it does not include. I would say any B550 board does magic here.