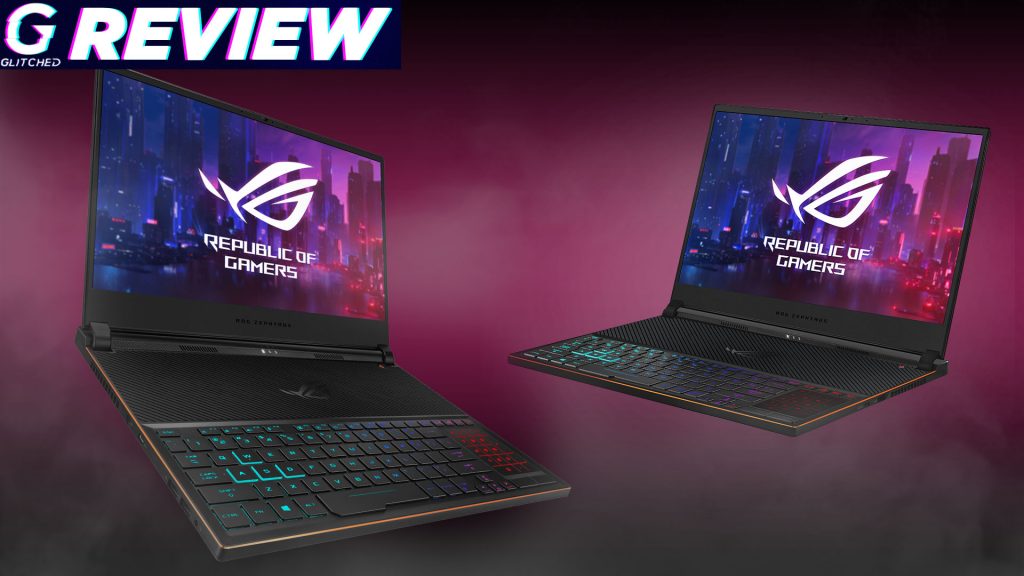 The Asus ROG Zephyrus GX531GX is a very expensive gaming laptop that comes with high power and performance. It could be one of the best gaming notebooks on the market that not only looks stylish as all hell, but also has some fantastic cooling, awesome slim design, and of course, all the RTX power you could ever ask for.

The Asus ROG Zephyrus GX531GX is a fierce machine but you will never say so from looking at the outside of the device. The notebook is not your average gaming laptop and instead of being bulky and heavy, you get thin, light and stylish, but at a price. Asus managed to put a lot into this device and it is quite a shocker to see how thin and portable it is, considering how much is inside of it. 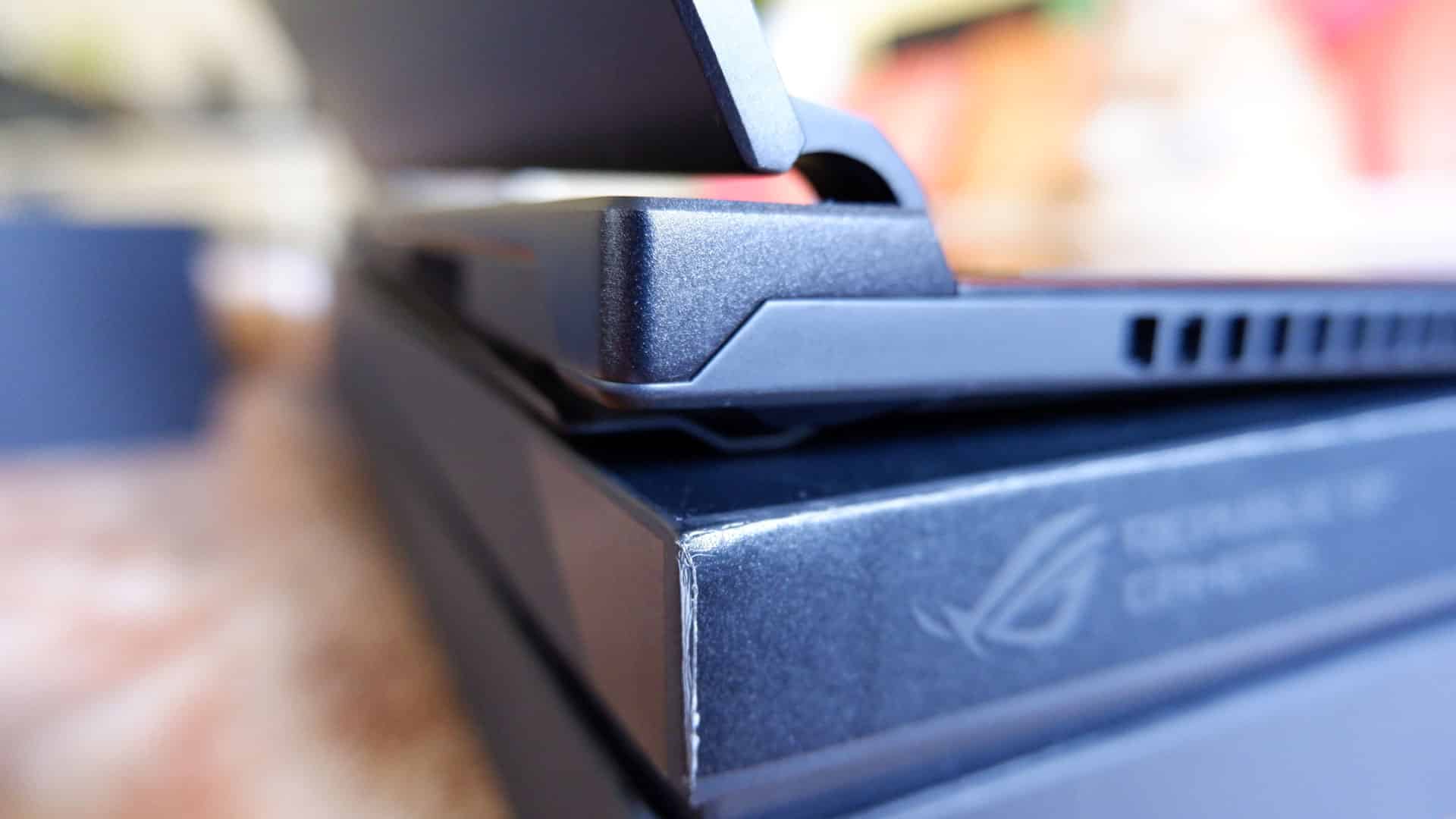 It is 14 x 10.6 x 0.63 inches with a weight of only 2.1kgs. Even the display has tiny bezels coming in at 7.5mm. The 15.6-inch Full HD display boasts a 144Hz refresh rate and a 3ms response time giving you a high-end desktop PC screen experience on a laptop. It is truly amazing. According to Asus, this was possible due to the connectors being places in the bottom body of the display compared to the top lid. The difference is night and day.

Just like the Asus Zenbook which I reviewed a few weeks ago (check it out here), the Asus ROG Zephyrus GX531GX also includes an Active Aerodynamic System, which means when you lift the lid of the device a kickstand comes out of the bottom and the laptop lifts off the ground a bit giving you a satisfying tilt. This helps open up the bottom to allow for better ventilation. The angle of the device delivers a more comfortable typing and gaming experience compared to flat keyboards and notebooks.

Ventilation on the Asus ROG Zephyrus GX531GX is important given the power packed inside of it. The cooling system includes five pipes for air control and two giant fans that, according to Asus, have 83 blades on each to really push cooling to the next level. It is one pretty impressive machine.

Then we have the keyboard. I am not a fan at all of the lower-body layouts which sees the keyboard being pushed right to the bottom edge of the device but I got used to it after a while. It is a full-sized keyboard that is four-zone lit. No per-key backlighting here. The keyboard makes great use of space on the device reaching both sides completely. Most smaller laptops sacrifice the number pad for space but Asus included it in the form of a touchpad-like device that acts as both the trackpad and a number pad. It was strange at first to have the layout so different to everything I have ever used but it was a fun experience using something so different. 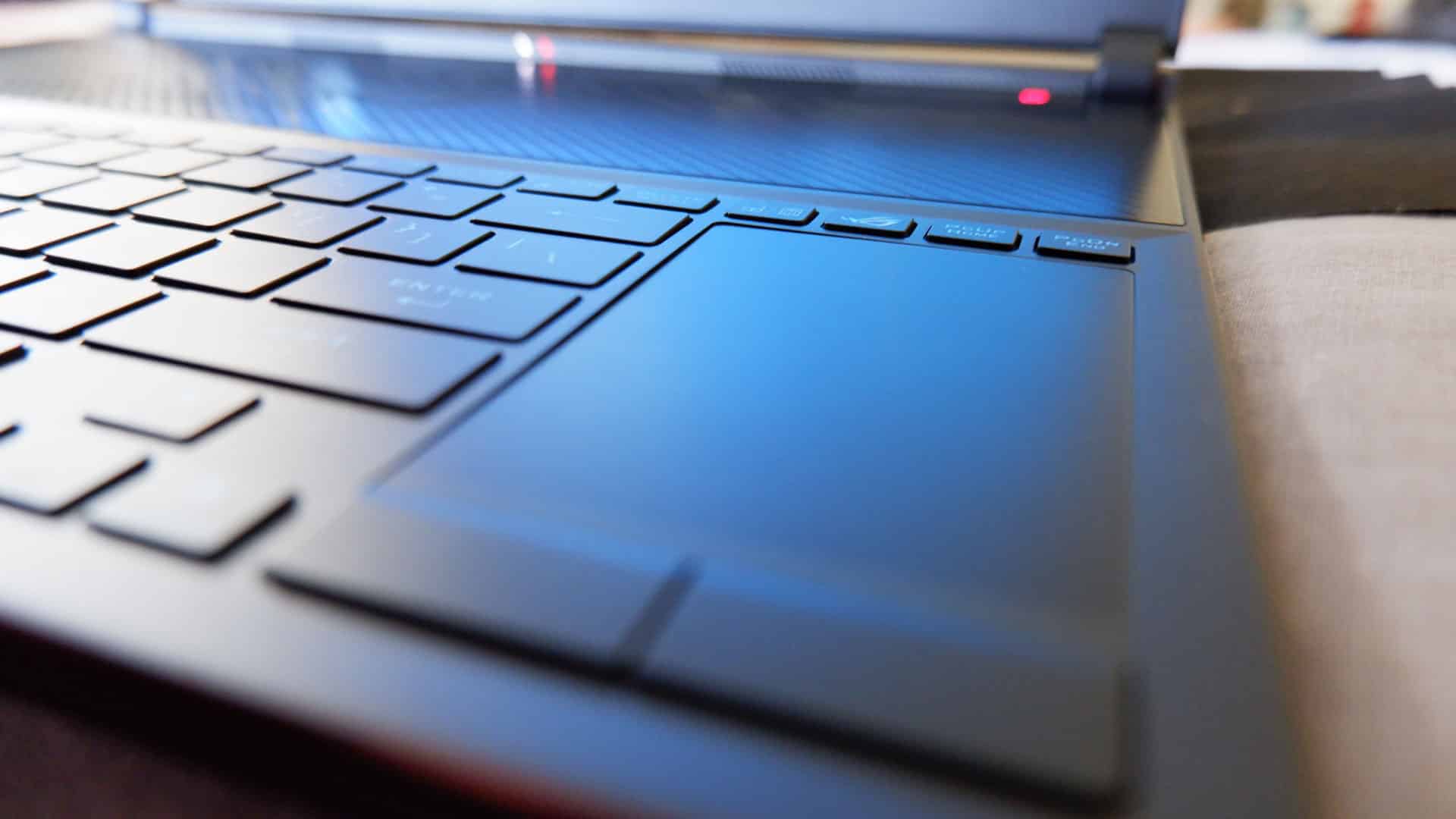 From the great use of screen space to the metal body, Asus did a great job here and the Asus ROG Zephyrus GX531GX could be one of the most innovative devices on the market. Still crazy expensive, but innovation is pricey I guess.

The Asus ROG Zephyrus GX531GX is the future of gaming notebooks and without a doubt one of the top performers on the market. It is powered by a Core-i7-8750H that can boost up to 4.10GHz without batting an eye. Sure, it is not a Core-i9, which would have been the ultimate combination (dreaming here), but the Core-i7-8750H is one of Intel’s best CPUs on the market and chances are that this laptop has a better CPU than your top-end desktop PC too.

The GPU, as you might have missed it, is a powerful NVIDIA RTX 2080 Max-Q chipset. We know the story about Max-Q; it is thinner, cooler but damn pricey and has slightly lower performance than non-Max-Q GPUs. Still, an RTX 2080 is without a doubt every gamer’s dream right now and the Asus ROG Zephyrus GX531GX makes it look easy.

However, as great as the GPU is, it kind of feels like a waste given the display built into the notebook. A simple 1080p IPS display could have been replaced with something of a higher res and perhaps even include HDR. There is no HDR on this device and with the addition of it would truly bring the best of all worlds into one package.

The RTX chip allowed the Asus ROG Zephyrus GX531GX to basically max out everything I threw at it. Battlefield V with RTX on and everything on “max” delivered well about 100FPS even during the most intense fights. Metro: Exodus, another RTX game was brought to life in ways I never thought possible. Light bouncing off walls and filling the room around me was a true testament to RTX and the experiencing it on the device was a dream come true. Again, everything on max at a decent frame rate.

Sure, the 15-inch 1080p (HDR-less) display is not the most ideal way to experience such raw power but the option is there if you want to plug it into an external monitor that has better specs.

I made sure to test the most graphically challenging games and they all just wowed me at every frame. The notebook is loud though. The fans buckled under pressure and the fans can get a little distracting at times. I did not want to skimp on performance but you can adjust them in the built-in app to lower performance and deliver a quieter gaming session. You could also just wear headphones. The sound on the notebook was also decent considering the size of the device. The speakers lack the kick you would get from bigger speakers but they will do just fine for most media you consume on the notebook.

When it comes to battery life, just don’t rely on this device being unplugged from the AC Adapter. You can get just over two hours if you are lucky from the device but the power inside of this notebook means it will chow battery life faster than anything on the market. It is small and powerful and the better is also smaller. Maybe not as powerful.

The Asus ROG Zephyrus GX531GX has set the bar for me when it comes to style and power in a gaming notebook. It sits at the top of the list of things I need but won’t ever buy. Everything I threw at it, it handled without any issues as if it was transported through a portal to the future of technology. Sure, the Max-Q GPU may be a little weaker than a big and bulky device but these chipsets are so powerful that you won’t notice the difference. Not right now anyway. Did I mention it is expensive?