All the Awesome August 2019 Video Game Releases Coming Your Way

All the Awesome August 2019 Video Game Releases Coming Your Way 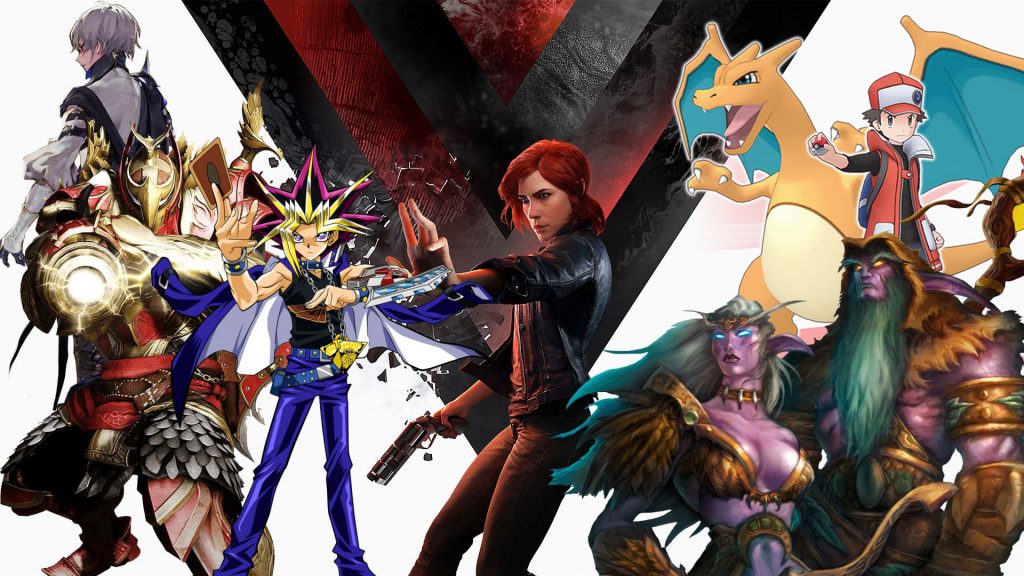 Praise the sun! We are slowly getting out of the video game drought that has been keeping us busy with our backlogs for the past few weeks. The August 2019 video game release schedule is the light at the end of the tunnel right now as the weeks ahead hold some pretty awesome new game releases.

We have the much-anticipated Control releasing from Remedy Entertainment, Square Enix’s new RPG, Oninaki and of course The Dark Pictures Anthology: Man of Medan.

Some other releases include Black Desert Online for PS4, the World of Warcraft Classic release and the creepy Blair Witch game. Check out all the August 2019 video game releases down below.

Face of the Franchise: QB1 – Be the Face of an NFL franchise where the decisions you make matter in your journey to become an NFL Superstar. Create your own College Quarterback to play through the College Football National Championship playoffs and the NFL Combine for your shot at the NFL Draft and to be the face of a franchise in a new and personalized career campaign centered around you.

The Church in the Darkness

In the late 1970s, the charismatic Isaac and Rebecca Walker lead the Collective Justice Mission. Labeled radicals and feeling persecuted by the US government, they relocate their followers to the one place they believe they can create a socialist utopia: the jungles of South America. There they build Freedom Town. But relatives left behind in the US become worried: what exactly is going on at this compound in the jungle?

Age of Wonders: Planetfall is the new strategy game from Triumph Studios. Build your empire with one of six unique factions, ranging from the militant Vanguard to the dinosaur-riding Amazons and the cyborg-zombies of the Assembly.

The country is in peril as President Michael Wilson defends the nation against a full-scale rebellion led by Vice-President Richard Hawk and the mechanized legions he commands. As the 47th President of the United States, it is your sworn duty to take your country back by any means necessary and end this unjust coup d’etat! Battle in your advanced mech – armed to the teeth – across iconic American landscapes including the Brooklyn Bridge, the Grand Canyon, and the front steps of the White House.

Take your party on the ultimate role-playing experience, Pillars of Eternity finally comes to Nintendo Switch! Created by the masters at Obsidian Entertainment, Pillars of Eternity released to critical acclaim and dozens of awards on PC. Now the fantastical world, tactical combat, and unforgettable storyline can be taken anywhere you go. Pillars of Eternity: Complete Edition includes all the additional content from the PC version, including the DLC and expansions.

Your choices are heavier and faster than a bullet. Create your own character and log in to Gun Gale Online, a world of guns and steel, where a chance encounter partners you with a rare support AI called ArFA-sys.  Experience a thrilling third-person shooter with a unique story and progression of an RPG in this first-ever “”TPSRPG”” from Sword Art Online!

Friday the 13th: The Game

Friday the 13th: The Game is a third-person horror, survival game where players take on the role of a teen counselor, or for the first time ever, Jason Voorhees. You and six other unlucky souls will do everything possible to escape and survive while the most well-known killer in the world tracks you down and brutally slaughters you.

Out of cash, out of luck, out on the fringe. Juno Markev has a killer to tail, a debt to pay, and more trouble headed her way. Rebel Galaxy Outlaw takes place in a greasy, blue-collar world of outlaws, truckers, cops and thieves.

RAD is a 3D action rogue-like set in a post-post-apocalyptic world, where humanity has faced armageddon not once, but twice. Playing as a teenage protagonist, you must venture into the Fallow — an ever-changing, radioactive wasteland filled with unknown and unspeakable creatures.

Remnant: From the Ashes

Remnant: From the Ashes is a third-person survival action shooter set in a post-apocalyptic world overrun by monstrous creatures. As one of the last remnants of humanity, you’ll set out alone or alongside up to two other players to face down hordes of deadly enemies and epic bosses, and try to carve a foothold, rebuild, and then retake what was lost.

Life is Strange 2 Episode 4 is part four of an all-new five-part story from DONTNOD Entertainment, the next stage of the award-winning Life is Strange series.

Black Desert is an expansive MMORPG sprawling across vast and various regions. From the forests of Calpheon to the harsh deserts of Valencia, Black Desert has a whole world to explore. Jump into fast-paced action combat, hunt monsters and huge bosses, fight with friends in seige warfare, or fish, trade and craft your way to riches.

Experience fast-paced, free-flowing gameplay with real-time battles.  Battle enemies taking advantage of the Daemons Battle System making use of a variety of exciting weapons. Bind your hero, Kagachi with different Daemons to enhance his skills and abilities whilst in battle.

Hidden in the shadows, an evil has waited patiently. Until now. Who will face the darkness if not you? A heroic adventure featuring 50+ hours of gameplay, 350 speaking parts, a Legacy Mode for returning fans, and over 100 pieces of incredible music!

For when I weep, then I am strong. Battle through Purgatory as Rei to help save her sister in this Action RPG. Switch freely between four playable characters, and uncover each one of their pasts to see the sorrows they have endured.

Get ready for a whole new take on Pokémon battles as you team up with famous Trainers from throughout the history of Pokémon in Pokémon Masters. This mobile game is a collaboration between The Pokémon Company and DeNA Co., Ltd., and it gives longtime fans an opportunity to reunite with Gym Leaders and Champions from previous Pokémon video games for an all-new adventure!

It’s 1996. A young boy disappears in the Black Hills Forest near Burkittsville, Maryland. As Ellis, a former police officer with a troubled past, you join the search. What starts as an ordinary investigation soon turns into an endless nightmare as you confront your fears and the Blair Witch, a mysterious force that haunts the woods

The Dark Pictures: Man of Medan

The Dark Pictures Anthology is a series of stand-alone, branching cinematic horror games featuring a multiplayer mode. In Man of Medan, five friends set sail on a holiday diving trip that soon changes into something much more sinister… Embark on a horrific journey aboard a ghost ship. Experience your terrifying story with a friend online or go for safety in numbers with up to five players offline

So there you have all the August 2019 video game releases? Let us know what you are picking up in the comments below.