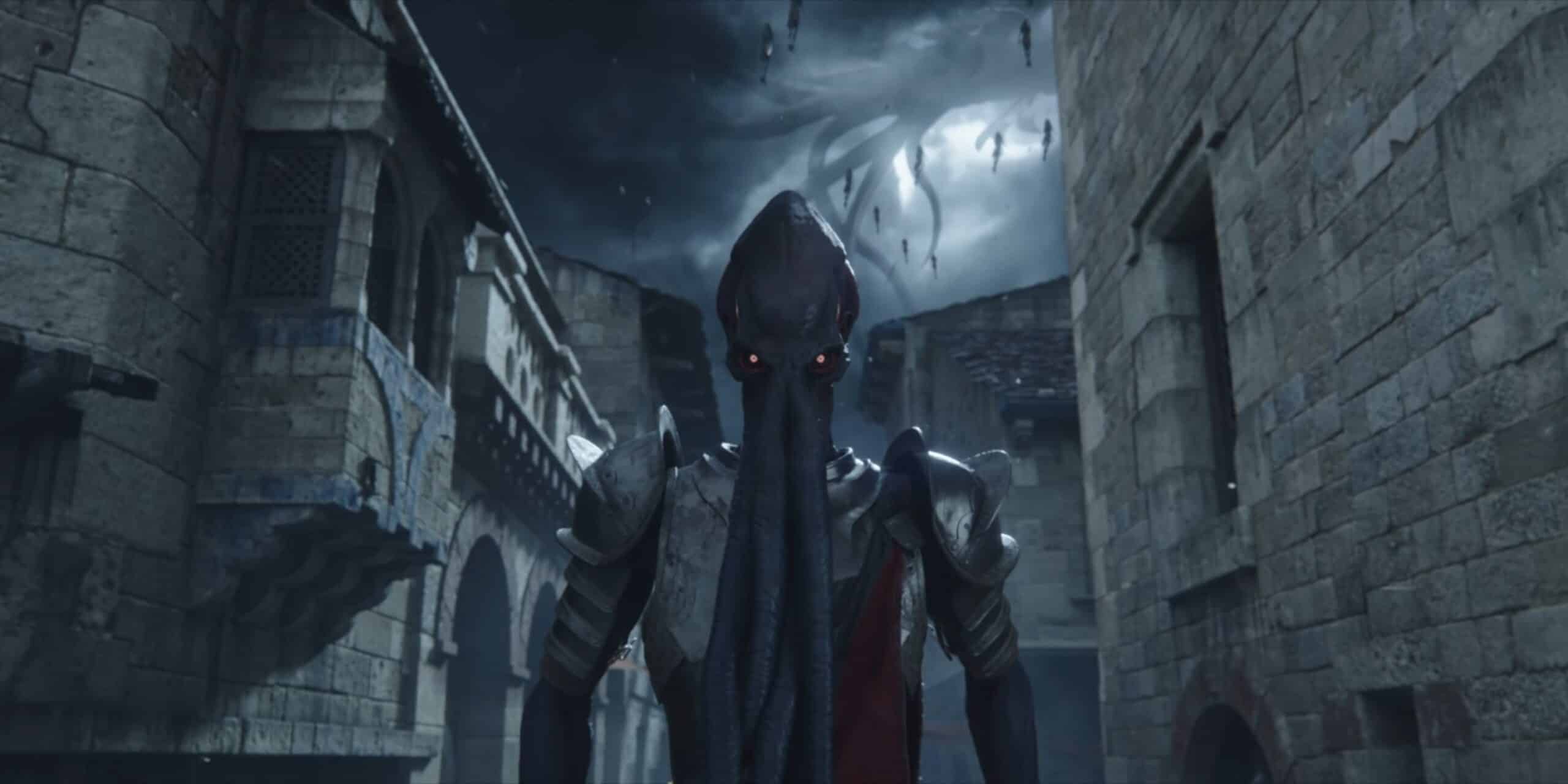 Baldur’s Gate 3 Has Been Officially Announced

Stadia Connect didn’t only focus on Google’s game streaming service, but there were a few announcements as well. As a fan of old-school RPGs, the one announcement that really blew me away was that of Baldur’s Gate 3, which is being created by the developers behind Divinity: Original Sin 2, Larian Studios in collaboration with Wizards of the Coast.

Baldur’s Gate 3 is a new adventure set in the Forgotten Realms as players and their party will set off on an adventure of epic proportions. From the teaser trailer which you can view at the bottom of this article, it looks like Mind Flayers will play an important role and they aren’t just in the Underdark anymore, but out and about accompanied by all those Cthulu-like tentacles.

With Larian Studios at the helm, Baldur’s Gate 3 will combine the best of Divinity and 5th Edition Dungeons and Dragons for the biggest project in the developer’s history. A short description of the game reads:

[perfectpullquote align=”full” bordertop=”false” cite=”” link=”” color=”#33f0ff” class=”” size=”22″]Developed by the creators of Divinity: Original Sin 2, Baldur’s Gate III is the official next adventure in the venerable Baldur’s Gate series. The teaser trailer shows a return of a malevolent presence to Baldur’s Gate, intent on devouring it from the inside out, corrupting everything that remains in the Forgotten Realms. The fate of the Forgotten Realms lies in your hands.  [/perfectpullquote]

That doesn’t say much, but GameSpot did have an in-depth interview with the head of Larian Studios, Swen Vincke, speaking about the collaboration between the developer and Wizards of the Coast, the D&D rules and much more.

The biggest and most exciting part of the interview that really stood out for me was when asked about the scope of Baldur’s Gate 3 and how it is the studio’s biggest RPG ever made, which is saying something when you think about the Divinity franchise. Mr Vincke’s response makes me extremely excited and you can check it out below.

[perfectpullquote align=”full” bordertop=”false” cite=”” link=”” color=”#4fff33″ class=”” size=”22″] Freedom of choice, agency, that’s the key pillar. Whether you’re playing single player or in multiplayer, having the freedom to affect the world and the world reacting to your actions as you embark on this fantastic narrative and having many, many different ways to play such that when you talk to one of your friends about how your session went, you say, “Are we playing the same game?” Mostly because of of the choices you make, that’s the ideal scenario.

Production values are very high also. Back in the days, Baldur’s Gate 1 and 2 were actually accomplishments when you see the size of the world. It has to be the same thing again when you look at it. Then, lots to explore, right? When you play Baldur’s Gate, you were exploring a lot of things, so this has to be the same when you get that feeling of exploration, there’s one more thing to discover and say, “Oh my God, that leads to this thing, I didn’t expect that.” Then preferably, when you get there you’ll say, “Oh, because of what I did there, this happened here.” Right? If we can get that feeling, then you’ll feel as if the adventure is yours or your party’s. [/perfectpullquote]

I, for one, am extremely excited to hear more about Baldur’s Gate 3 and thankfully, we won’t have to wait long, as the game will be at the PC Gaming Show during E3 2019.

Are you a fan of the Baldur’s Gate franchise? Let us know in the comment section below.