Buying and playing a big new game on release is always tempting. Sometimes, the hype just gets you and other times, there’s simply nothing left to play if you managed to clear your gaming backlog. It’s tough, very tough, to stop yourself from throwing your wallet at that shiny new release. With that in mind, there are also some good reasons to wait several months before playing a big new game.

Related: Review Bombing: A Valiant Undertaking or Drenched in Entitlement

Please note: We are not against pre-ordering and playing games on release and I will discuss the great reasons to play a game on release in an upcoming article because we all do it some times.

It doesn’t take much to give a perfect example of a game that released with hundreds of bugs. I am looking at you Fallout 76, a game that I pre-ordered with hopes of a fantastic experience. There are many big games that launch and still feel like they should be in a beta phase, begging the question of where the developer’s QA team ran off to.

What makes playing a new game on launch so infuriating sometimes is all those bugs. Even The Witcher 3, which I consider to be the best open-world game of this generation, had some bugs and performance issues at launch. Waiting a while before jumping into that big new game gives the developers time to fix issues, sometimes game-breaking issues at that. Sure, one can argue that games shouldn’t even launch with severe issues, but that’s just the world we live in. Instead of dealing with crashes, quest bugs and performance issues, waiting months and keeping tabs on updates from a game you would love to play could very well deliver the best possible experience when you play it later on. That’s what we all really want right? A smooth experience in a game we’ve been looking forward to for months or even years. 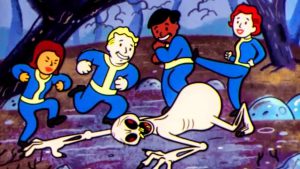 When it comes to games that require a constant online connection to a server, there might be some teething issues on release day. It almost always happens, especially if it is a big game that many gamers pre-ordered. There’s simply nothing you can do about it but sit and wait for server issues, login issues and more to get fixed. I still remember driving back from BT Games at 01:00 one morning after the launch of Diablo III, just to get home and run into that infamous Error 37.

Fast forward many years and it is still happening. Sure, it might not be as severe as Error 37, but when a new online game launches, you will likely run into trouble for the first 24 hours or maybe even the first few days. Trust me, server issues can be rage-inducing and gamers will lash out at the developers of a title if they can’t get online to play a game they just paid roughly R1000 for. That’s why holding off on buying a big new game on launch day might be a great idea for those who can’t stand server issues. 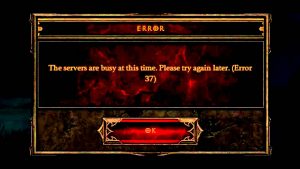 Big new games these days cost a lot of money. You are looking at roughly R1000 for a big new AAA release and that might scare your poor wallet. If your gaming budget is on the low side, there’s a strong argument for waiting months after a game releases to pick it up at a much better price. Every month, we see price drops on titles and that’s just how the industry works, with the stock just sitting there, resulting in price drops and specials.

By saving your poor wallet from the devastation a new AAA title cost can cause, all you need to do is wait about 2-3 months, depending on the title in question. With this waiting period, you could sometimes pay 50% less than on launch day, for the same game, the same experience and best of all, bugs, endgame content issues and more should mostly be fixed by then. If it is a singleplayer game, then you could also see updates in the form of new content or performance improvements in the first few months after launch, providing a better overall experience. 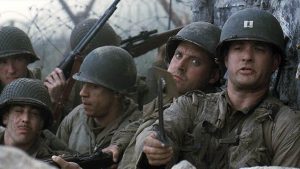 The world we live in now has a tonne of “games as a service” type titles, such as the recently released Anthem, to Fallout 76 and more. These titles launch with the promise of more content coming down the line. Sure, it is great to be an early adopter with certain titles, while others will leave you wondering where the endgame content really is.

Waiting for a big “games as a service” title to get fleshed out with content updates might be the best thing to do, especially in some cases. When you finally decide to play it down the line, not only will you have access to more content, but you will also save quite a lot of money as mentioned in the point above. Less money for more content? That sounds great, doesn’t it? 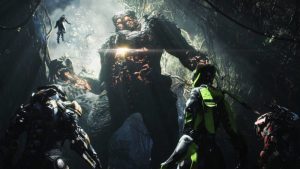 A Balance in all things

This last point focuses on competitive multiplayer games only, as that’s where balancing is one of, if not the biggest issues at launch. It is extremely difficult to get balancing right, especially when a game is still new. I experienced this issue in almost every multiplayer game I played at launch over two decades and even today, it still remains true. When reviewing Artifact, some cards were just way stronger (and more expensive) than others. When the original Starcraft launched, Terran was a bit overpowered. Some Legends in the recently released Apex Legends have bigger hitboxes than others, and the list goes on.

These types of issues will get sorted out if the developer is serious about creating a fair experience and working towards making their title an esports hit. Often, you will find cookie-cutter strategies flood every match you play in the first few months of a game’s launch. That is until the developer fixes clear balance issues and the game’s meta changes for the better. 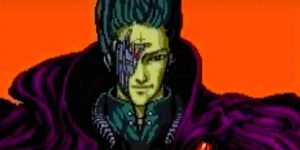 What do you think about these reasons for holding off on that next big game and waiting a few months before jumping in? Do you have any more reasons to share with us? Let us know in the comment section below.