As a big fan of the Bioshock series, the ability to replay the game again is never a problem. I actually went back to the whole trilogy last year to replay them from scratch. When 2K sent me the code for the BioShock: The Collection on Nintendo Switch, I was a bit worried it would be boring. I was wrong. The games offer a fun new way to experience the collection on the go. Not to mention the Nintendo Switch controller also deliver a unique way to play the games even if the mapping is the same. There’s just something magical about the hardware that makes this collection feel right at home.

Of course, it is not perfect. The original game released way back in 2007 and while it was a groundbreaking advancement for storytelling and visuals back in the day, it shows rough edges on the Switch in more ways than one. When travelling towards Rapture for the first time, I swear the city looked a lot different in my mind. However, that was not the case. It is strange how our brains store an image of something which is often a lot more glamorous than it actually is.

The first game, while being the oldest is still a benchmark title for the console. Areas are detailed, the water looks great, and of course, the game’s sound design is still one of the best around. It all comes together in a beautiful set piece that just shows how ahead the game was for its time. Of course, the gameplay is a lot slower and simple compared to the other two. While exploring the halls of Rapture, you can only hold a gun or a plasmid at any given time. In the second game and Infinite, you can do both. However, I actually prefered the swapping of guns and plasmids in the first game more than the dual-wielding feature in the later games. 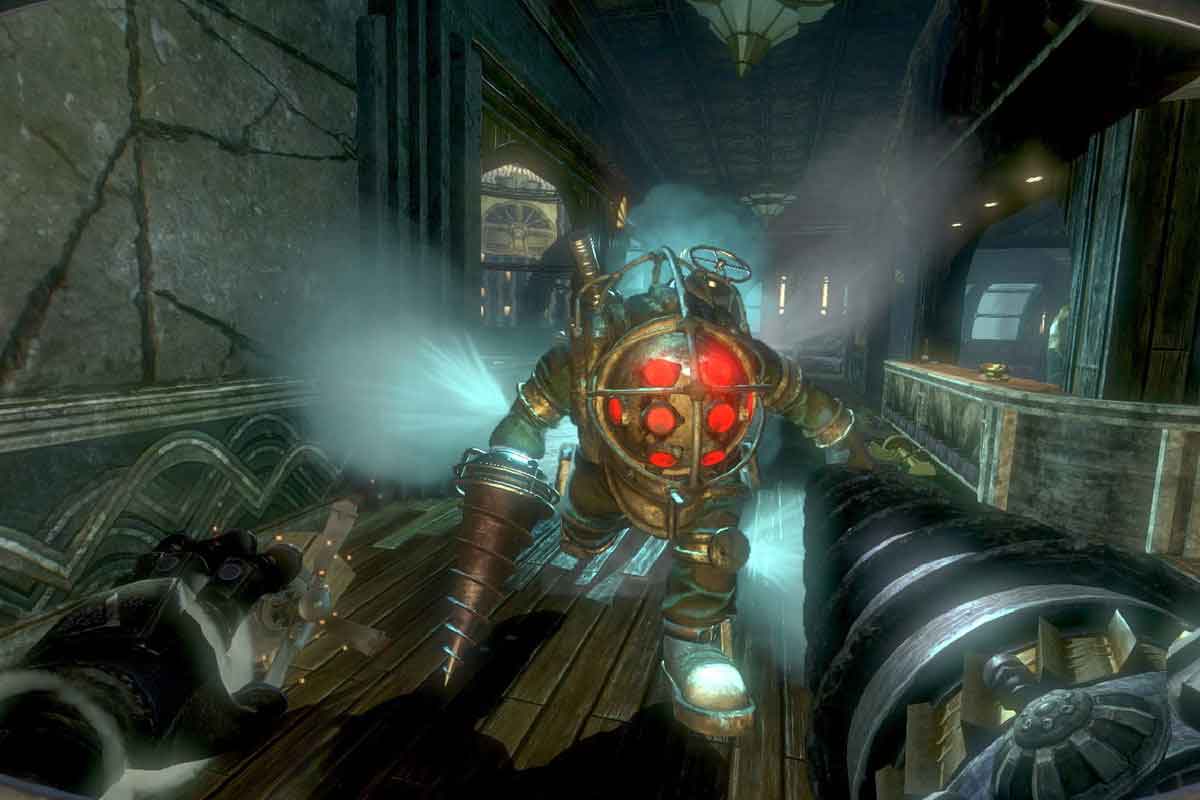 When moving onto Bioshock 2, it is still a great experience. Like the original game, it also ships with all the DLC meaning Minerva’s Den, which is still one of the greatest DLC releases of all time, is included in the package. Bioshock 2, for the most part was a step down visually compared to the first game. The engine was downgraded for some reason which meant the game suffered from some graphical hiccups. My biggest issue was the last of water reflections. This is definitely noticeable when moving from the first game directly to the second. Other than that, the game runs smoothly on the Switch both docked and handheld. However, you do see a drop in resolution when playing handheld.

We then have Bioshock: Infinite which was the biggest and boldest move in the series. It is also the most visually captivating game compared to the other two. It delivers a new breath-taking city to explore and manages to come to life on the Switch more than I thought it would. Unfortunately, all games now run at 30fps on the Nintendo Switch which is not the end of the world considering the hardware. At the same time, controls can be a bit tough to master and there’s no option to remap them at all. Still, Infinite is the best game here by far just due to how ambitious the experience is. 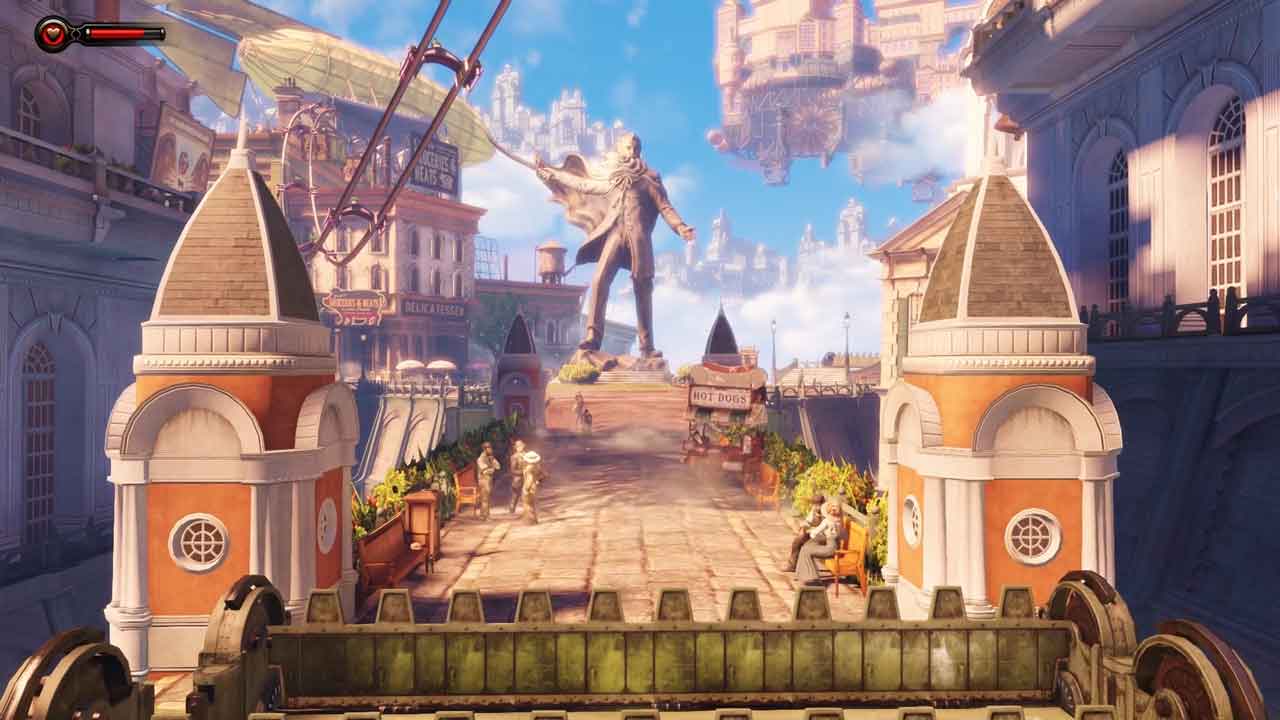 In terms of performance, as I mentioned before, all games target 1080p on the dock and 720p while handheld. They are capped at 30fps and I seldomly noticed any drops in performance. This means owners of the Switch Lite will also get a solid experience here without compromising the handheld-only mode. The biggest issue I had, and I am sure you will too, is the storage. Each game required around 18GB. If you want to download them all at once, you will need quite a lot of free space. Sure, you can download one at a time and delete them as you go, but I jumped across to each one quite often which made that a problem. It is also great that users can purchase the collection or each game separately.

BioShock: The Collection on the Nintendo Switch contains three fantastic games and all their respective DLC. Each of them has its own flaws in terms of gameplay and story but the collection is still something every gamer should experience. The move to the Nintendo Switch means those who have never played the games before can now do so and I highly recommend it.

This Bioshock: The Collection Nintendo Switch review was based on a code sent to us by 2K Games.