I can honestly kill someone with the number of Bluetooth Speakers I have around the house. They are often cheaply made and given to me at events or as gifts from brands. Do I ever use any of them? Not really because there’s just no need for them in my life. However, when I was sent two Bitty Boomers to test out, I could not help enjoy my time with them. These are cute little speakers aimed at kids who enjoy the world of geek and gaming.

Bitty Boomers come in all shapes and forms. There’s a Fortnite range, Disney range, some SpongeBob SquarePants models and more. Slowly but surely, the range wants to become the Funko pop of speakers and the price kinda aligns with this goal too. A Bitty Boomer sets you back between R299 and R399 depending on the sale. Ideally, you would want to purchase two of them to make use of the stereo speaker support. 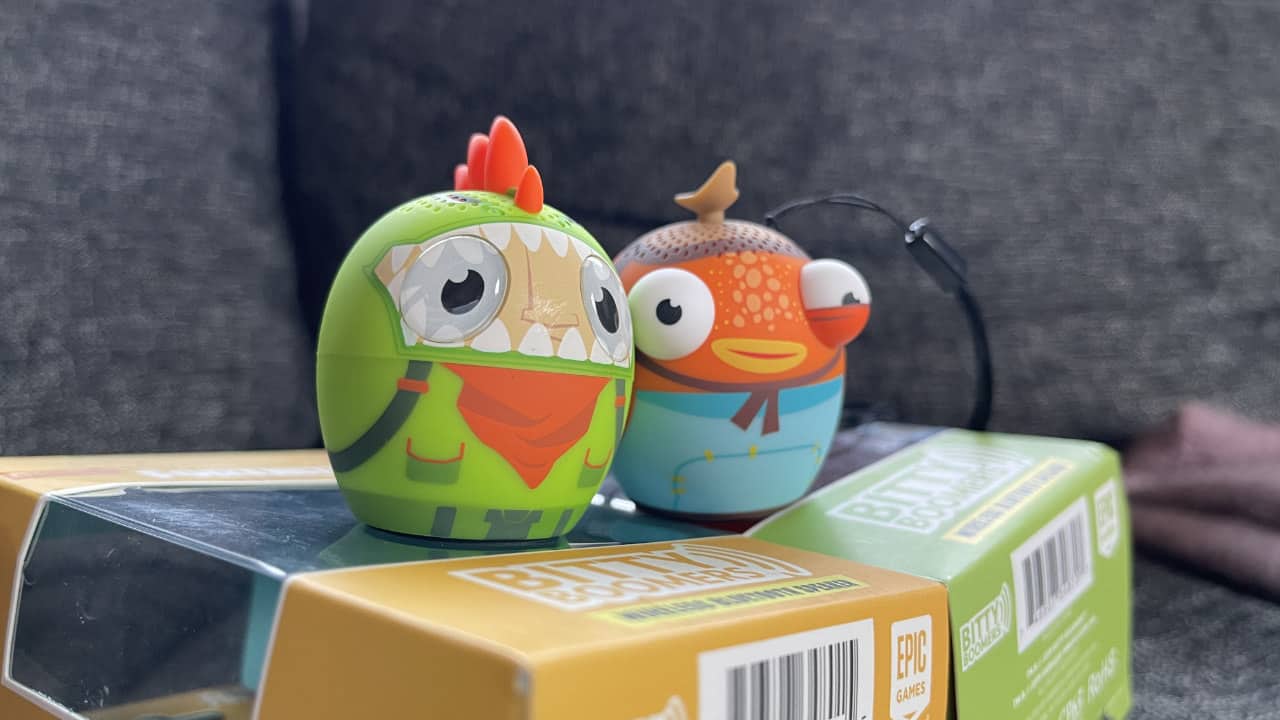 They are perfectly designed to suit the character and series they are from. If you’re a Fortnite fan or have kids that love the game, expect to find a range of colourful characters. The real joy from the design is how fantastically the brand has managed to create these characters to fit the speaker form. No matter the cartoon or game, you know where it comes from and they all fit into this palm-sized design factor.

The size also plays a big role in the feature set of the Bitty Boomers speakers. These Bluetooth speakers aren’t made for huge areas rather smaller rooms in a more private setting. Be it playing games on your phone and amplifying the audio experience outside of the mediocre speakers on your device. You could also use them in your car as many people don’t have Bluetooth setups that allow them to connect their phones to the car speakers. 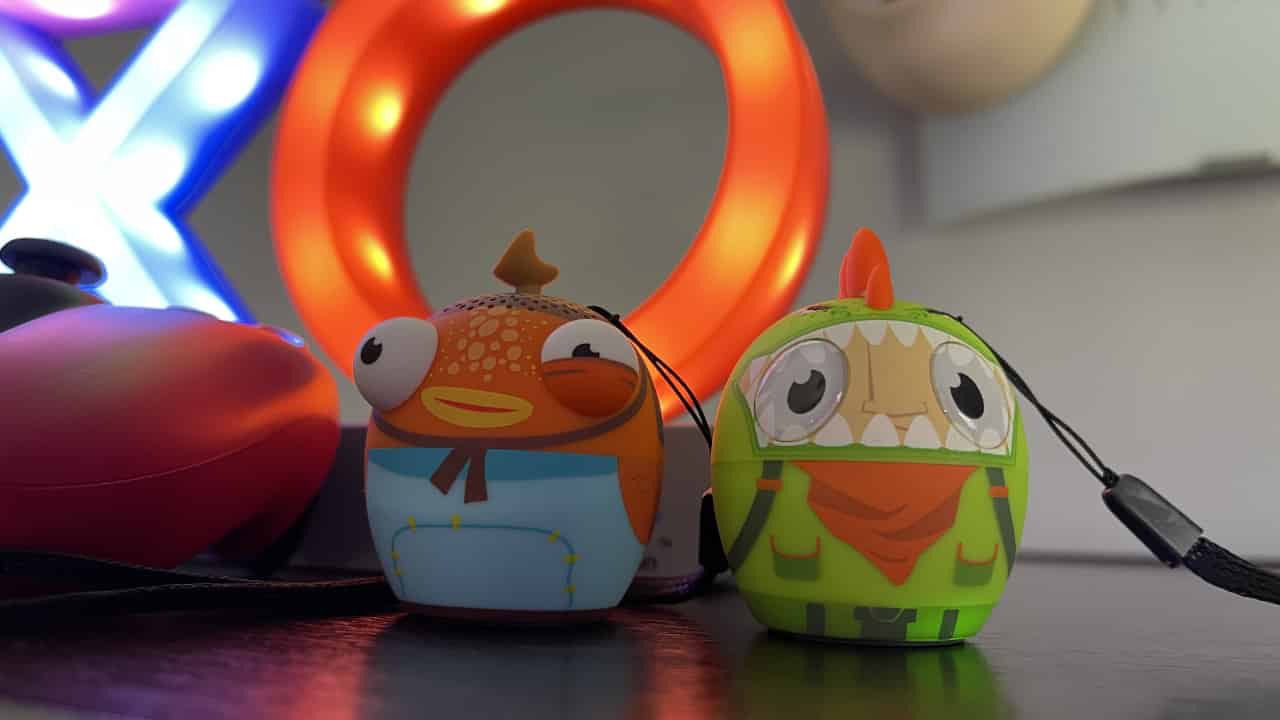 I also need to mention that the power button doubles up as a camera button so you can press it in when paired to a phone to take selfies or mount the phone up and take group photos.

Most of all, the range is for kids. Although nothing prevents you from buying a few as an adult. I also have to mention that while they are small, they pack some decent sound. So much so that once you have the stereo setup ready, they truly play off one another to create a fairly loud experience. 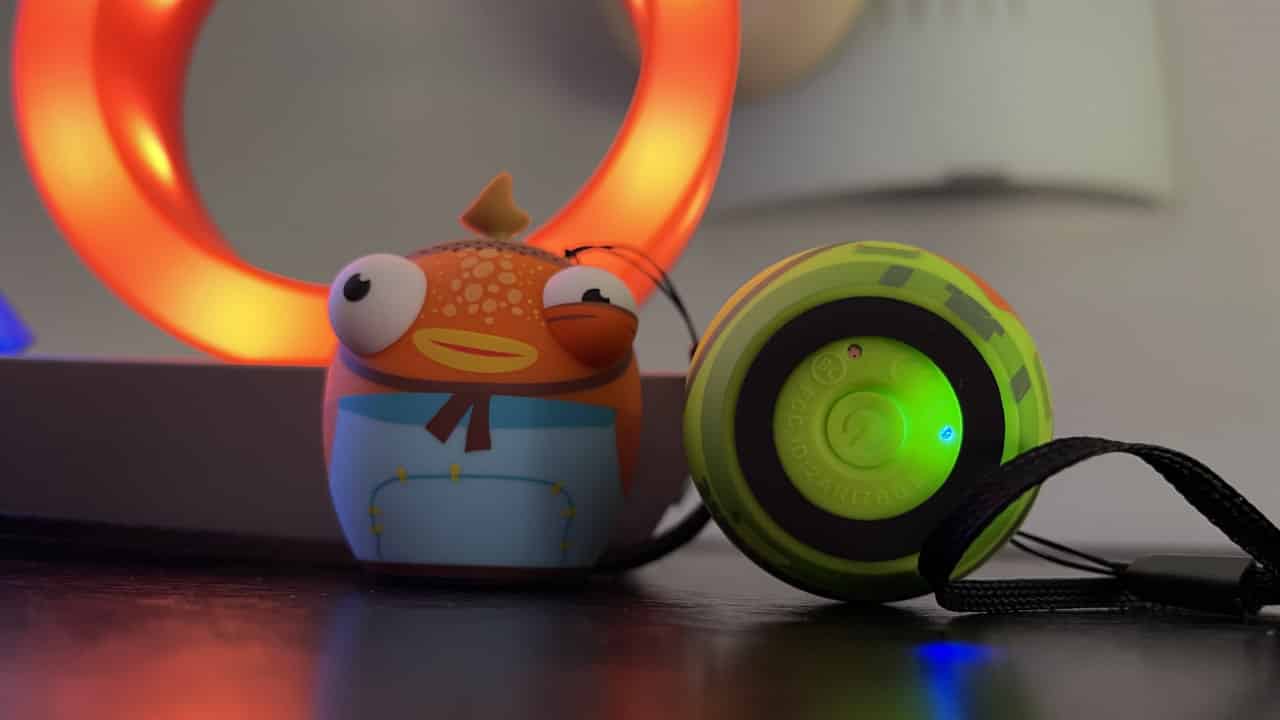 Setting up a Bitty Boomer is simple and if you have connected a Bluetooth speaker in the last five years, there’s nothing new here. In the box, you’ll find some instructions, a charging cable, the speaker and a very handy lanyard to attach to the speaker. This lanyard is more helpful than it seems. I could tie it to my bag, hang it from my door and put it on my wrist to prevent it from flying all over the show.

The charging cable is Micro-USB which is an issue for me. I hate the cable and hate the port. Hopefully, the company will move to USB-C soon to avoid kids shoving this cable into the port the wrong way around. Why Micro-USB even exists is still beyond me. The cable is also quite short but if you’re like me, you probably have longer ones around which you use for other devices.

Connecting the Bitty Boomers to a device is quick. I held down the power button for a few seconds and the blue light turned on and started to flash. This meant the device was ready for pairing. I opened my iPhone settings, went to Bluetooth and found the “Bitty Boomer” name ready to connect.

Pairing two speakers are just as simple too. With both Bitty Boomers turned off, I pressed the power button on both of them one after another. I then had to double press the power button on the second speaker it paired to first. At times, the speaker didn’t pair to the other so I just press the power button twice on the first one. It is extremely simple and kids won’t have issues setting it up. Once they are paired, you can turn them off and on and they automatically connect back. 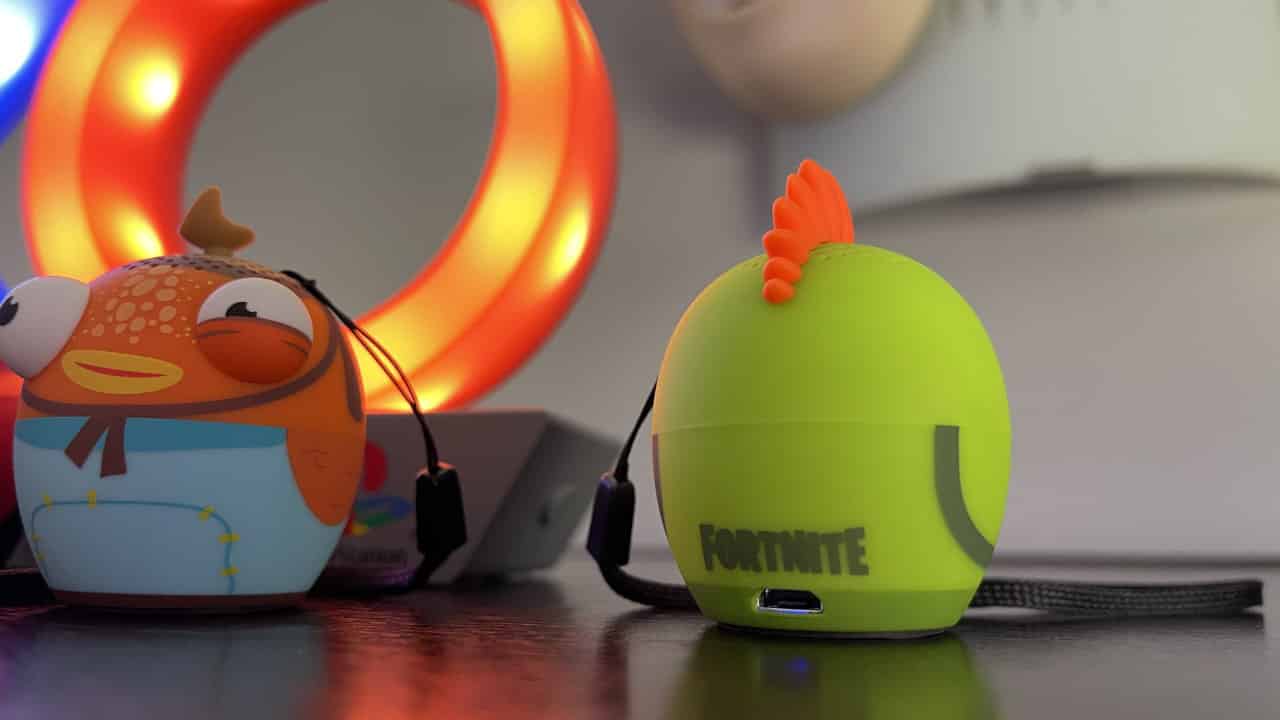 The max battery life for each speaker is around 4 hours. However, they will drain faster when in stereo mode and the louder the speaker is playing. You could get two to three hours out of them if you value higher volume sounds. Charging is also fairly fast but don’t expect to get the battery to the max in under an hour. Again, it is Micro-USB after all and the voltage restrictions get in the way.

As for the sound, the speakers are good. Don’t expect Apple HomePod levels of quality here but the sound was crisp and the volume levels are fairly loud. There is some loss in quality the higher the volume gets. This is likely due to the speakers overcompensating for the louder sounds. There’s also very little bass here to give you a kick but I didn’t expect it in speakers this small. 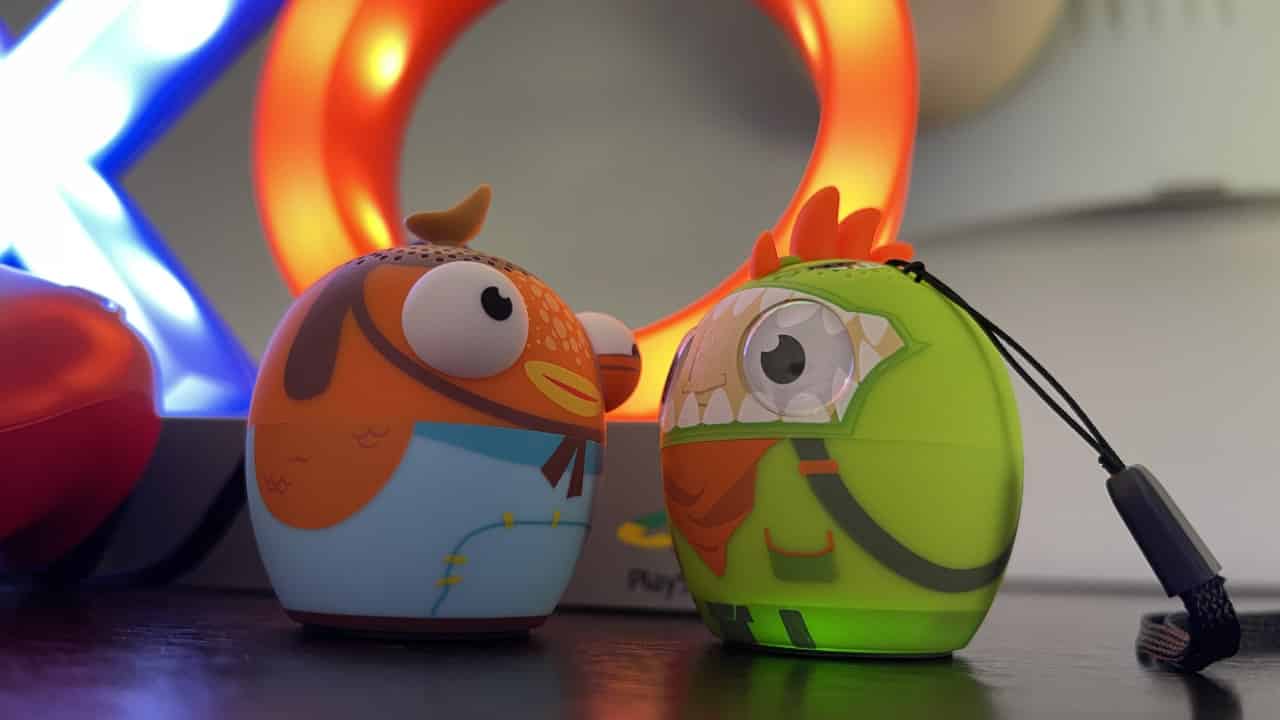 As mentioned before, the stereo sound is how you want to experience these speakers. When connected to one another, the quality definitely improves. Not only is the sound outputting through the stereo channels (the way it is meant to) but the sound doesn’t come across so hollow. The speakers combined together, provide a much better kick too. However, if a second speaker is not on your shopping list then one of them will suffice. They are quite loud and often I had my music on my iPhone on the lowest volume bar while working and even that was too loud for me.

My only gripes with these Bitty Boomers is the battery life which isn’t fantastic. Also, the sounds the speakers make when turning on and off are extremely irritating and overly loud for no reason. The sounds play at the max volume and you can even hear the speakers crackle. It is quite annoying. Other than that, these little speakers are pretty awesome. They aren’t too expensive either making them great for gifts.

This Bitty Boomers review was based on two speaker units given to us by MODE. You can purchase them directly from the store here.