Black Widow – 5 Characters and Where To Start Reading About Them

I’ve said it before, and I’ll say it again, 2021 has truly been Marvel’s time to shine. First, we got WandaVision, a charming look into two beloved members of the Avengers – followed by Falcon and the Winter Soldier, which gave us our first look at some lesser-known versions of Captain America. Straight into Loki, which is quite frankly a masterpiece and now, we have Black Widow.

If I had to pick just one cinematic highlight of my year so far, it would be Black Widow. It was one of the most fun and impactful “solo” stories to come out of the MCU so far, and I found myself enjoying every second of it. Black Widow has always been a bit of an enigma in Marvel movies. We’ve known of her but not really known anything about her, which is why it was so great to get to learn more about who she is, her past and her family – even if it couldn’t be more different from the comics.

This article is for those of you who watched Black Widow, loved it, but found yourselves wanting to know more about the characters, their origins and where would be the best place to jump into the comics. So without further ado, here are 5 characters from Black Widow explained:

Natasha Romanova A.K.A Black Widow has had many different origin stories and romantic entanglements over the years. Natasha was first introduced to us as a Russian spy who was the antagonist of Iron Man. Natasha was the first and most well known “Black Widow”. She was initially outfitted with a bunch of high-tech weaponry to complement her martial arts, including a pair of wrist-mounted weapons known as her “Widow’s Bite”. In one of her origins, we learn that she was raised by Ivan Petrovich, who was given custody of Natasha as a baby by a woman who died immediately afterwards. He raised Natasha as his own, and she would eventually train as a Soviet spy.

In another story, Natasha is raised by the U.S.S.R.’s “Black Widow Ops” program. In this version, Ivan Petrovitch was the one who took her to Department X, where she, along with other female orphans, were brainwashed and trained in espionage in the “Red Room”. There Natasha is biotechnologically enhanced, explaining her usually long lifespan and youthful appearance. While still with the K.G.B., Natasha gets into an arranged marriage with Alexei Shostakov. However, when the Soviet government decided to turn Alexei into “The Red Guardian”, they cut off all communication between the two and Natasha is told that he died.

Yelena Belova A.K.A Black Widow is the second character to use the “Black Widow” mantle. Yelena was trained as a spy and an assassin in the Red Room and was originally a notable foe of Natasha Romanova (Black Widow) being sent to kill her. Yelena has been a member of S.H.I.E.L.D., Vanguard and HYDRA, which later turned her into a Super-Adaptoid. As Super-Adaptoid, she served as one of the high council members of A.I.M.

Believing herself to be the rightful “Black Widow”, Yelena volunteers for a mission that puts her at odds with Natasha. However, once they meet, they start to bond, and Yelena eventually retires to Cuba, where she becomes a successful businesswoman and model. This peace doesn’t last because Yelena gets lured back in by S.H.I.E.L.D. only to be attacked and barely survive. She sustained severe burns during the attack and is approached by HYDRA to join them on a revenge mission against S.H.I.E.L.D, there they end up transferring her mind into a new body, and she becomes known as “Super-Adaptoid”. As Super-Adaptoid, she has the ability to copy all the New Avengers powers.

The Red Guardian is a name that’s been held by several different superheroes through the years, with the first being Alexei Shostakov. Alexei was one of the Soviet Union’s best pilots. Because of his skill, he was chosen for all the most secret and dangerous tests for the Soviet Union aircrafts. After getting married to Natasha Romanova (Black Widow), both Alexei and Natasha became Soviet agents. In the 1950s, the Soviet Premier realized that the Soviet Union would benefit from having their own equivalent to Captain America, and Alexei is chosen.

The KGB then fakes his death, and he is trained in secret. In addition to training, they also gave him a throwing disc on his belt that uses magnetic force to return the disc after it’s thrown. While Natasha eventually becomes disillusioned with the KGB, Alexei never does and instead remains loyal, becoming more ruthless and vindictive as the years pass. He ultimately battles the Avengers, and when Natasha notices something familiar about him, he reveals his identity to her before getting mortally wounded minutes later.

Best Comic to read: The Avengers: The Red Guardian 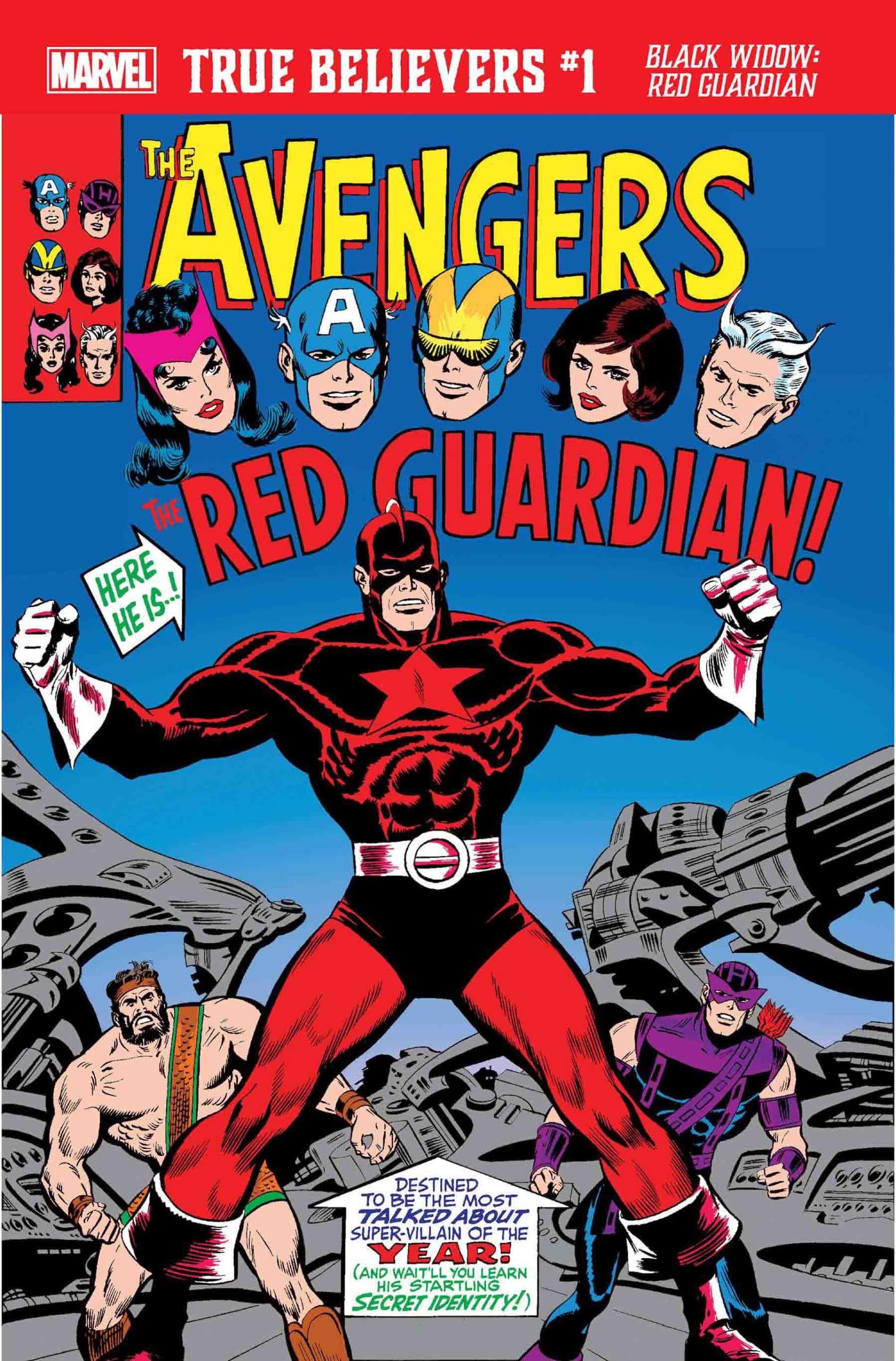 Not much is known about Melina Vostokoff A.K.A. Iron Maiden. What we do know is that Melina is a Russian supervillain and is most notably Black Widows nemesis. Originally hired to be an assassin for the Russian government, Melina eventually joined the Femizons and became one of Superia’s lieutenants. During Civil War, she is apprehended and coerced into joining the Thunderbolts before joining the Soviet Revolutionaries, Remont Six.

During her time in Remont Six, she ends up leading them in an attack on A.I.M. and ends up overpowering the Red Guardian. Iron Maiden is known for wearing a lightweight metal suit that protects her from impacts, bullets and energy weapons. Her suit also acts as an exoskeleton, enhancing her strength while wearing it.

Rick Mason A.K.A. The Agent

Rick Mason A.K.A. The Agent is the son of Phineas Mason, a prolific weapons designer better known by his supervillain name, The Tinkerer. Rick grew up in New York, and because of having a supervillain for a dad, he grew up among countless known criminals and villains. Deciding on a different life path for himself, Rick became a mercenary for S.H.I.E.L.D. and was later hired by the British government to help stop China Force from overthrowing their rule in Hong Kong. He returned to S.H.I.E.L.D. as a freelance mercenary specializing in non-lethal metahuman handling and worked closely with Nick Fury.

Rick eventually gets taken hostage by the Corporation to try and get Ricks, dad, the Tinkerer, to work for them exclusively. While being held captive, Rick ends up meeting Luke Cage, and together they defeat the corporation and rick escapes. If you played Spider-Man: Miles Morales, you would recognize Rick as Phin Mason’s older brother and friend to Miles Morales.

In a world that’s filled almost to capacity with Superhero related TV Shows and Movies, Black Widow still manages to feel like a breath of fresh air. While the characters are definitely portrayed very differently than their comic book counterparts (looking at you Red Guardian A.K.A. Black Widows Husband/Father), they still worked incredibly well. They made for a movie that you could enjoy regardless of whether you read the comics or not. And now you have an excuse to read the comics and learn the true stories behind the characters.

If my list has convinced you to join me in my comic book addiction, remember to head over to Critters and Comics and start your own addiction… one of us… one of us…

Persona 6 is in Early Development According to Atlus