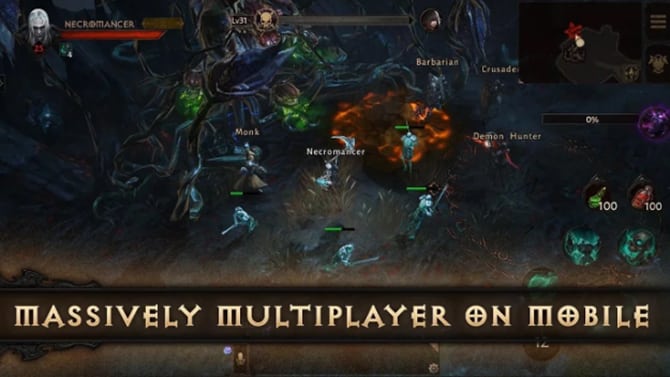 Everyone and their cat knows about the fallout over Diablo Immortal, the mobile game Blizzard announced instead of the expected Diablo 4. To add some fuel to that fire, Blizzard also announced that they are working on mobile titles across all of their IPs.

In a Q&A session when asked about Blizzard’s approach to mobile games, Allen Adham, one of the original Blizzard founders and its current Executive Producer, replied:

Many of us over the last few years have shifted from playing primarily desktop to playing many hours on mobile, and we have many of our best developers now working on new mobile titles across all of our IPs. Some of them are with external partners, like Diablo: Immortal; many of them are being developed internally only, and we’ll have information to share on those in the future. I will say also that we have more new products in development today at Blizzard than we’ve ever had in our history and our future is very bright.

The above statement echoes the sentiment that Blizzard is out of touch with their massive fan base because they “are not understanding gamers anymore.”

The fact that many of your employees swapped their mouse and keyboard for a mobile device doesn’t mean the market has followed suit. Over the past few years, many market analysts have shouted from the rooftops that mobile gaming is a thing and that developers should cater for that market or risk their coffers running dry.

In my opinion that is simply not true. The cash cow in video games gets its ‘daily bread’ from the adoration of its fan base, so the primary source for your market indicator should be your fan base. We’ve seen it so many times, and Blizzard’s stock plummeting after the Diablo Immortal announcement was another indicator of this fact.

I am not saying Blizzard shouldn’t develop mobile titles, but it should be an addition, not the primary platform. Unless your game is, of course, already on mobile like Hearthstone. You cannot force your fan base to play a game on a platform they have no interest in – gamers just move on to the next title. The video games market is oversaturated and we have a feast to dine on.

I am a big Overwatch fan, but if Blizzard releases Overwatch 2 solely on mobile, I will not touch it. The same goes for World of WarCraft. StarCraft could work as a mobile title, but again, has its fan base indicated they want to change platform?

As our Editor pointed out in his argument that Diablo fans have every right to be pissed about Diablo Immortal; 20 years of the franchise means 20 years of fans, and if you upset that thing it is going to devour you.

You can watch the statement (in English) about Blizzard working on multiple mobile titles in the video below at 2.13. News via Reddit.