To think that a few months ago Borderlands 3 was just a rumour and now we have seen the game in the flesh with all its awesome new gameplay details. Yesterday, Gearbox hosted a gameplay reveal that showed off a load of new gameplay features and changes. If you missed it, then check it out below.

With so many things that are new in the upcoming game, we thought it wise to put together a list of twenty-five things you may not know about the upcoming shooter. This covers gameplay, how co-op works and of course the loot system and much more.

1. Loot is no longer shared

In past Borderlands games, if you played co-op with another player and loot dropped, you would have to fight over who picks it up. This applied to both local and online co-op. In Borderlands 3, loot is no longer shared and each player will get a unique drop and their own loot from chests and kills.

You can, however, turn it off so if you want the old-school Borderlands experience you can. When the option to share loot it enabled, the gameplay experience will be like the past entries in the series and each player will have access to the same loot drops.

3. Level scaling can also be turned off

Apart from the loot drops, level scaling is also back which means you boost up levels to match the highest player in the party. This can also be turned on and off to enable a traditional Borderlands experience.

4. Biggest Borderlands Ever Made

Gearbox has confirmed that Borderlands 3 is the biggest entry in the series and features more loot, bosses, enemies and locations than any past game. 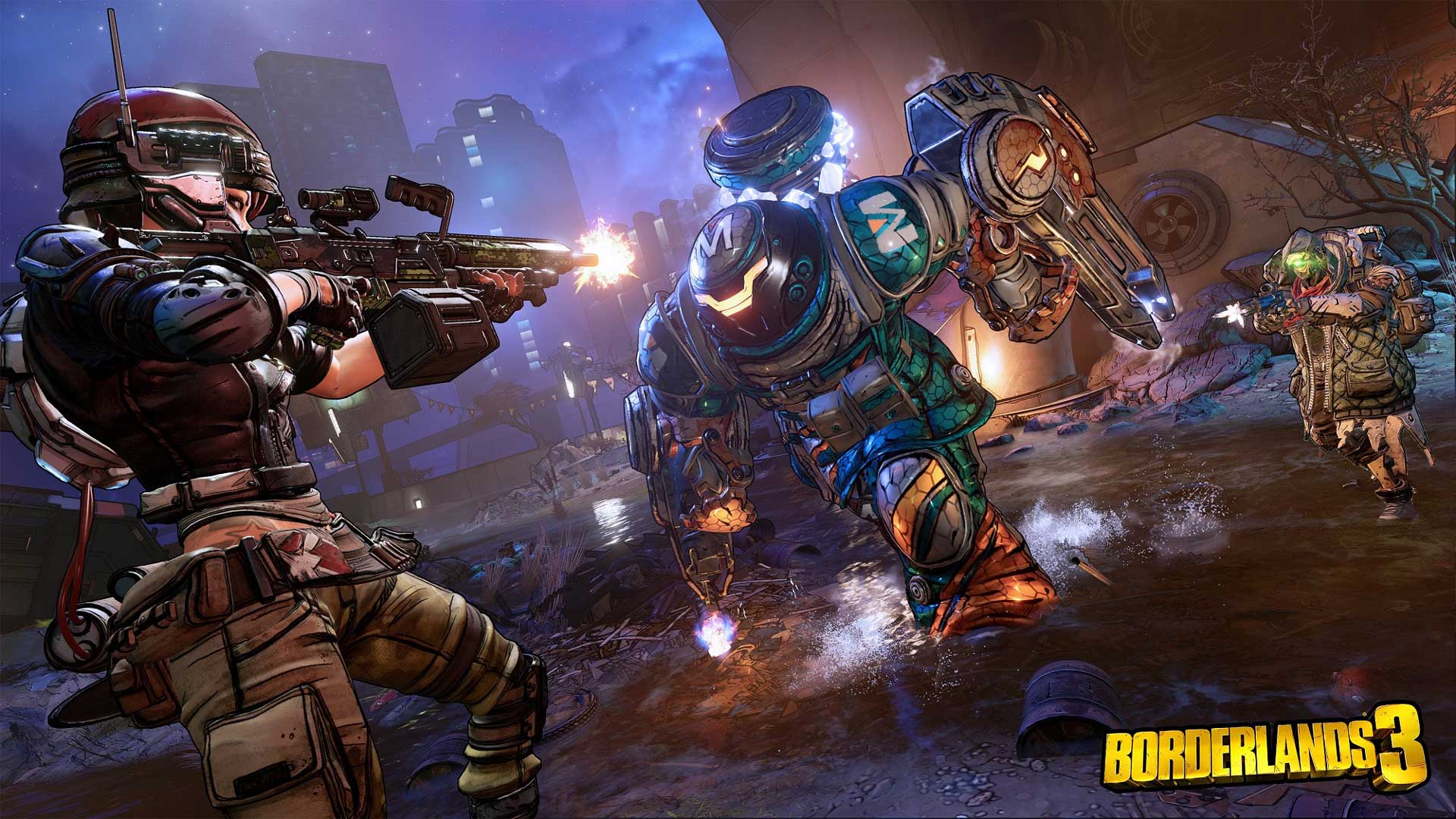 6. Sanctuary 3 is the New Sanctuary but a Space Ship

Instead of featuring a town that acts as your home base, Sanctuary III is a giant ship that you will head back to quite often to do your admin. Here you can buy new weapons, visit the lost and found where loot lost in the field can be found and even visit the trophy room where the creatures you killed will be viewable.

The ship is customizable especially in your room that changes depending on the character you are playing. You can place items you find in the world around your room and create a great viewing session for friends that join your game

Sanctuary 3 is a social hub when playing with friends. You can all decide which planets to visit from the launch bay and gamble some cash away in Moxxi’s bar. 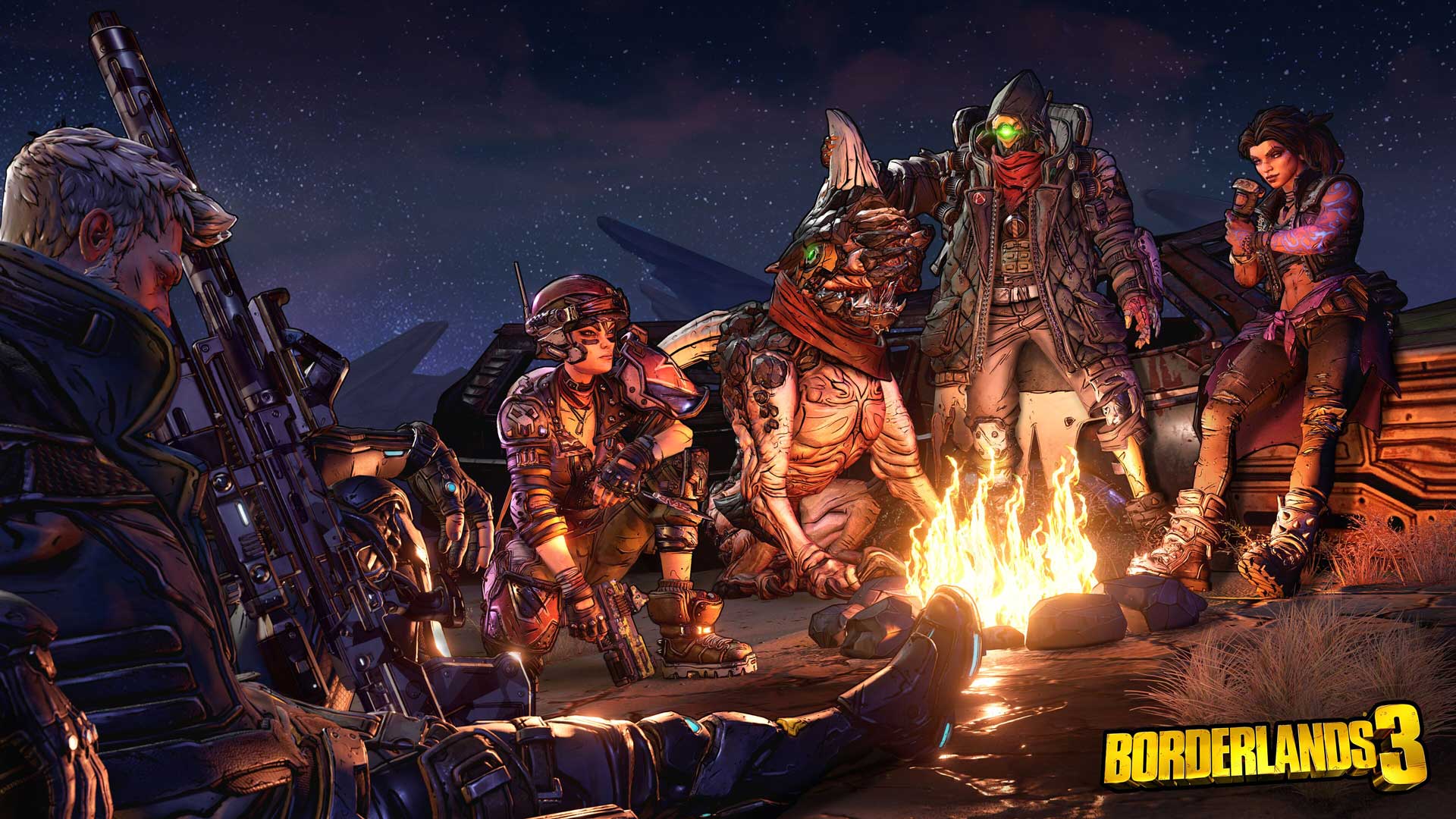 9.  It acts as a shopping outlet

Of course, it has shops too. Marcus’s Munitions is where you can browse the current store offerings including storage upgrades. He also has a firing range to test out new weapons. Crazy Early is also aboard running a Black Market where you can spend the Eridium you collect.

10. You can customize Your Character

Using Quick-Change Stations, you will be able to customize heads, skins, colours, emotes, ECHO skins and ReSpec your character. These stations are scattered around the game and found in Sanctuary 3 too.

As you kill enemies and creatures in Borderlands 3, they will dismember differently. Exploding an enemy will cause its body parts to go flying into the air. Don’t be surprised if you see a head flying into the distance due to shock damage.

12. The Environment is Adaptable

Oil on the ground can be burnt to create a firewall and deal damage to enemies. Cover can also be destroyed by shooting it and exploding nearby barrels. Speaking of which, you can also melee explosive barrels which launches them at enemies and explodes. Instead of just jumping towards a ledge and not being able to make it up, you can now mantle in Borderlands 3. This means you can reach higher ledges by pulling yourself up towards them if you are high enough.

Players can also sprint and slide into a crouch to quickly take cover or shotgun an enemy in the nutsack. This will add a tactical advantage to combat not found in past games.

15. Ground Pound is Back

When you are on a mission with someone in Borderlands 3, the NPC partner can die and will need to be revived. You will need to revive him or her. If you go down then they can also help you out and revive you.

As you level up you will find better weapons that rank into different tiers of power. The higher your level, the better the weapons. White = Common, Green = Uncommon, Blue = Rare, Purple = Epic, Orange = Legendaries. 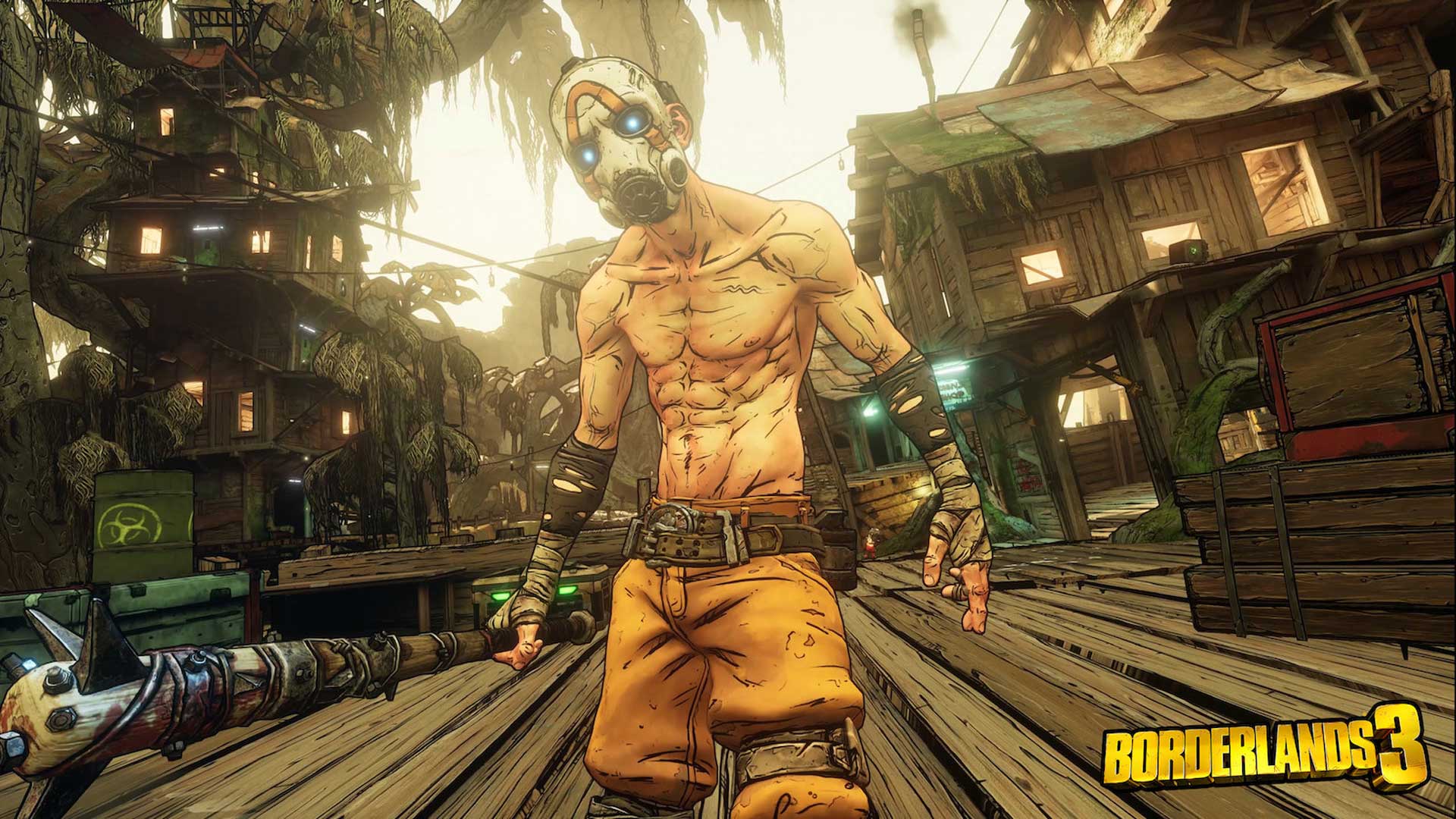 Legendary weapons feature completely different mechanics from other standard weapons and are unique to everything found in the game. You will know you have a Legendary weapon when you find one.

Weapons have skins and trinkets that you can attach to any gun. These skins change the colour styling of each weapon and trinkets are little collectable keyring-like attachments that add flair to your weapon.

Instead of the typical “shoot me and I shoot you” boss fight, bosses in Borderlands 3 change during the fight. As you deal damage to them, their fighting style adapts to a different encounter making the fight layered and entertaining.

21. The Game is About the Crimson Raiders

Borderlands 3 is all about a new group called the Crimson Raiders. Lilith recruits new Vault Hunters (you) to investigate them and their intentions.

Expect the same humour found in past Borderlands games to be in Borderlands 3. The writing, characters and dialogue are going to be as extra and over-the-top as ever with the same gut-punching moments, crazy action and sensitive jokes. 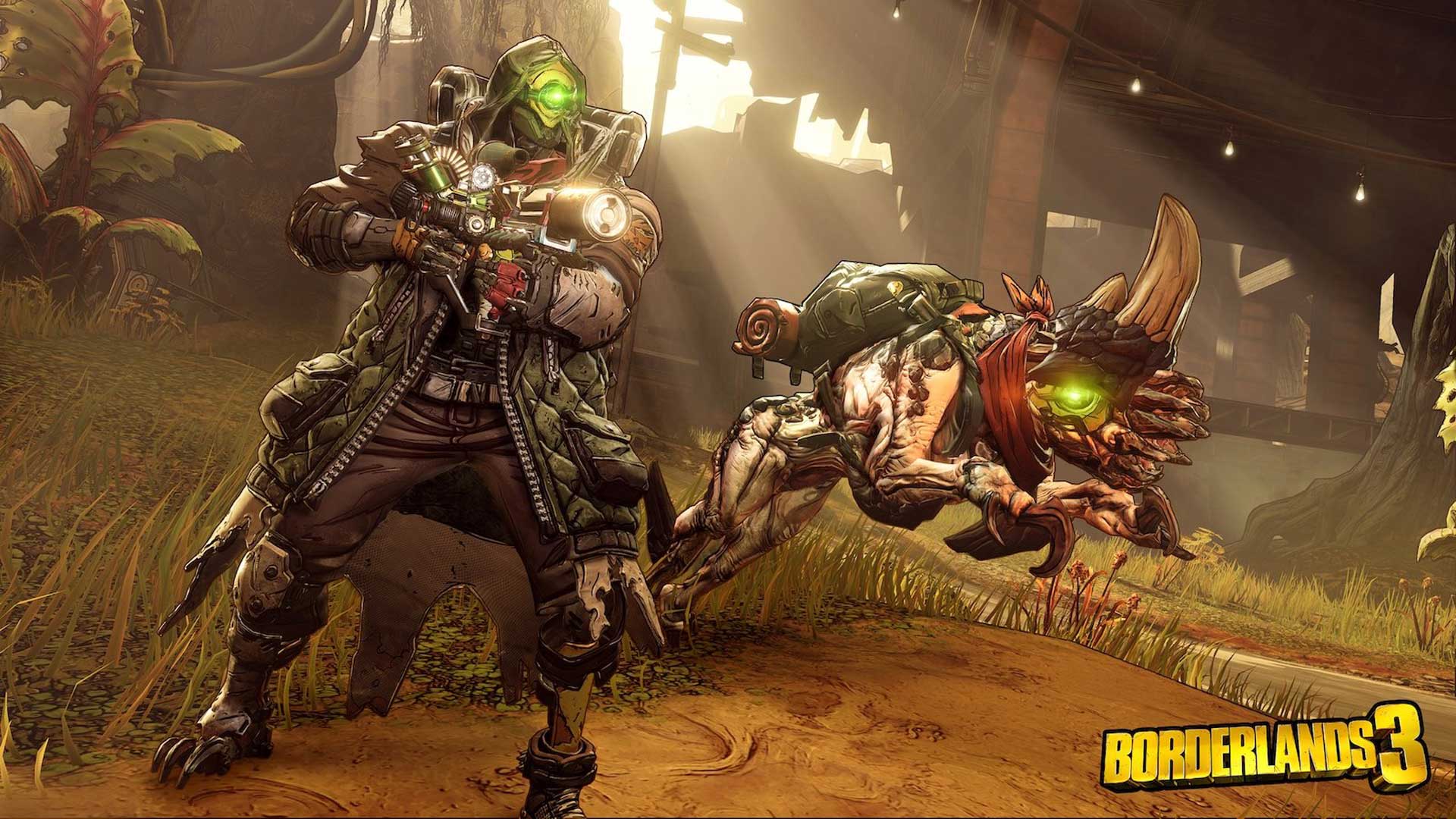 23. However, it will not be Super Sensitive

Gearbox has stated that although the game is going to be “extra” they have tried hard to move away from certain derogatory terms in Borderlands 3. For example, the game will not feature words like “midget” which was used to refer to the smaller enemies. These enemies will now be called “Tinks”.

Weapons manufacturers include returning favourites like Tediore, Dahl, Maliwan, Jakobs, Pangolin, Torgue, Hyperion, Vladof, and Atlas. Children of the Vault is a new type of manufacturer.

25. Weapons All Have Alternate Fire Modes

All weapons in Borderlands 3 have an alternate fire mode depending on the manufacturer. Vladof shoots normal ammo but can be switched to shoot micro-missiles. One weapon type can also change an element on the fly and another can be thrown at an enemy and runs towards them screaming insults while shooting at them.

Borderlands 3 releases on 13 September 2019 for PS4, Xbox One and PC. Check out the Borderlands 3 gameplay below.

RELATED: Borderlands 3 Microtransactions Have Been Confirmed

Gaming | PC | Borderlands 3 – 25 Gameplay Details You Might Have Missed