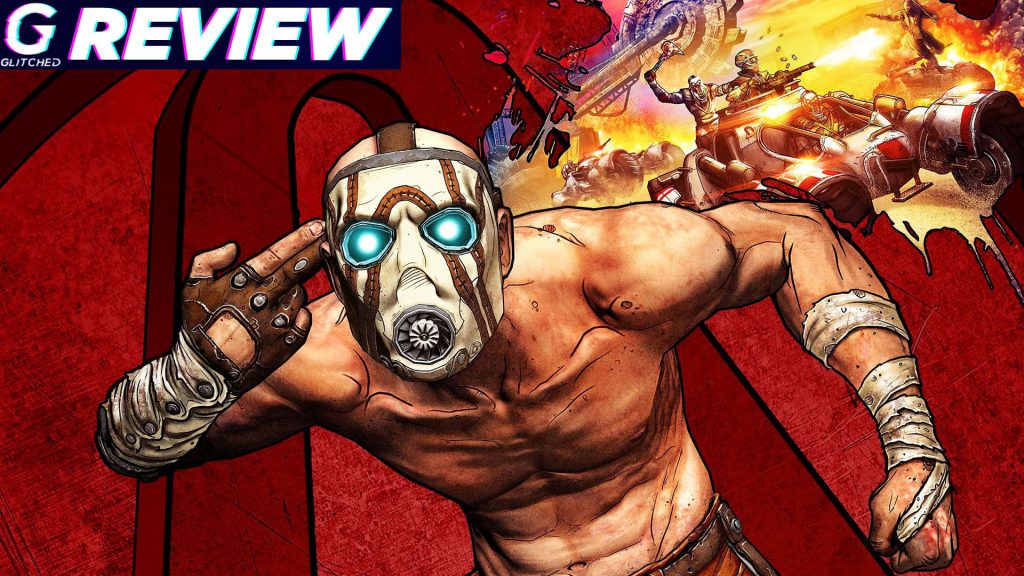 With all the excitement around Borderlands 3’s looming release, Gearbox is using this year as the “year of Borderlands”. What this means is that the original Borderlands has been re-released on PS4 and Xbox One along with 4K enhancements, all the DLC and new gameplay features and tweaks. Borderlands: Game of the Year Edition is the start of it all. That little underrated looter-shooter that set the bar for all RPG shooters to come.

The original Borderlands is viewed as the father of all looter-shooters and with millions of guns, fantastic gunplay and a great open world to explore and complete missions in, the game still holds up today. Borderlands: Game of the Year Edition, in a nutshell, is Borderlands Remastered. The game has been ported from the 2009 release and contains all four DLC packs, 4K HDR support and a few new features like golden keys and customizable heads for the playable characters. 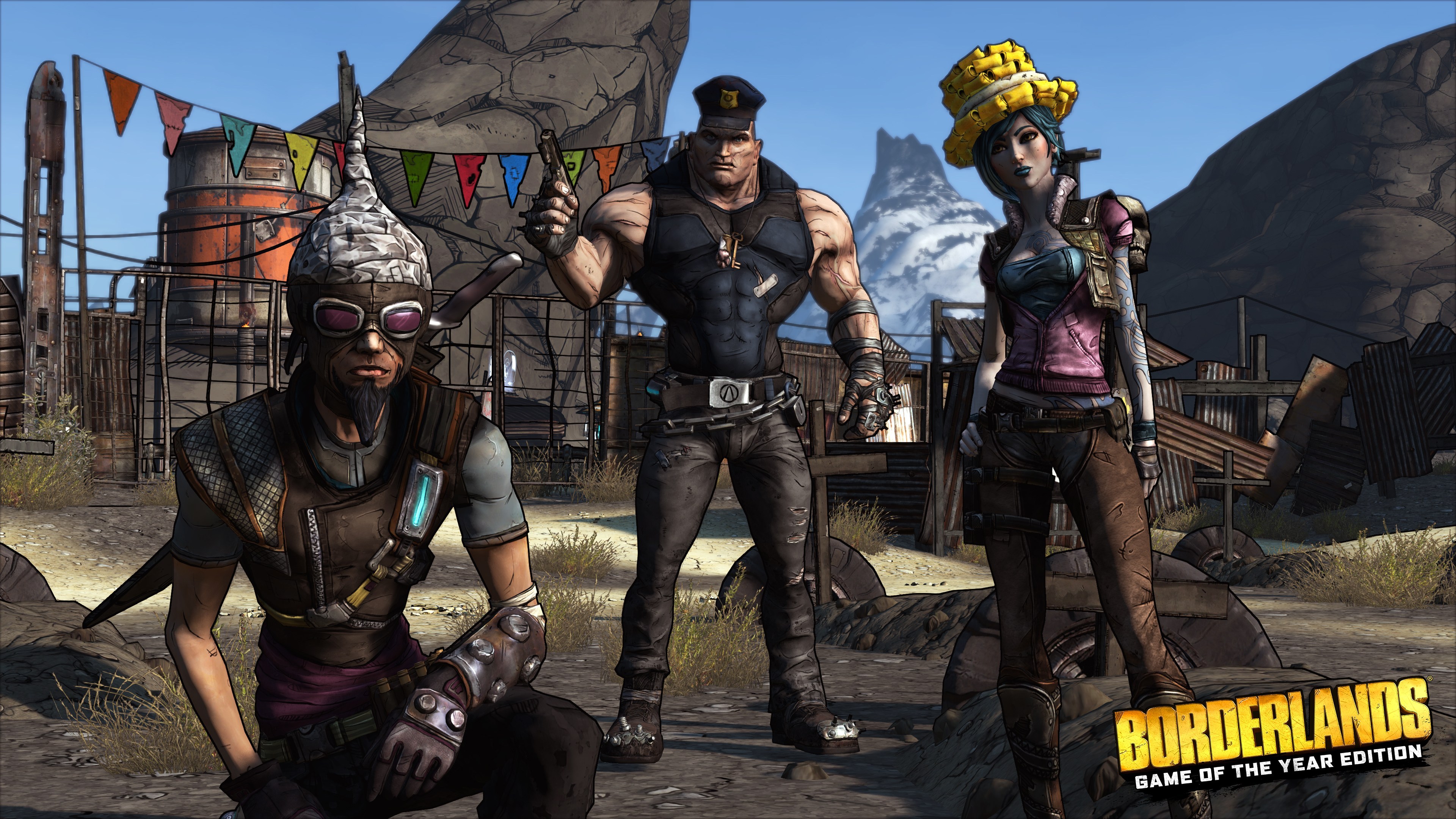 At its core, Borderlands: Game of the Year Edition is as true to the original as it could be possible. The experience takes you on a wild and explosive adventure through Pandora as you take on the role of a Vaulthunter in search of a so-called “hidden vault” that contains the loot of a thousand worlds. Throughout the game, you will collect hundreds of thousands of guns, fight through the bandits, skags and other deadly creatures of the world, and take on some boring and not-so-boring missions in an attempt to track down the vault’s location. 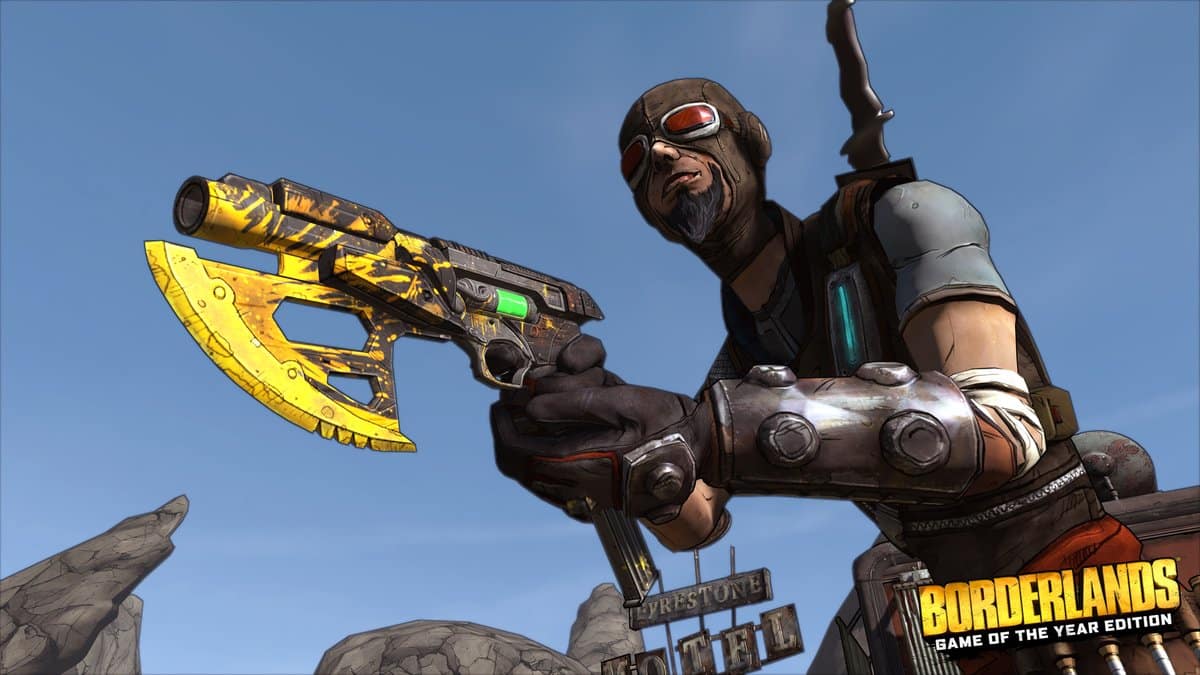 The game has four playable classes which you can pick one of for each playthrough. Each of them has their own unique set of skills that compliment different weapon types but don’t lock you into using a set loadout. I chose Lilith, the Siren as I played the original game with her too. Her super ability to phasewalk and turn invisible lets her get out of combat easily and you can build her up through the skill tree to have some rather kickass power. My build for her focused on a high fire rate with a large emphasis on elemental damage so I made sure to use more SMGs and machine guns with corrosive, electric or fire damage.

The game’s classes will keep you coming back for multiple playthroughs as they really do deliver some fun ways to experience the game over and over again. Brick, Mordecai and Roland all offer unique skills, buffs and a separate focus on different weapon types to make things interesting and I will most likely give them all a bash all over again at some point. 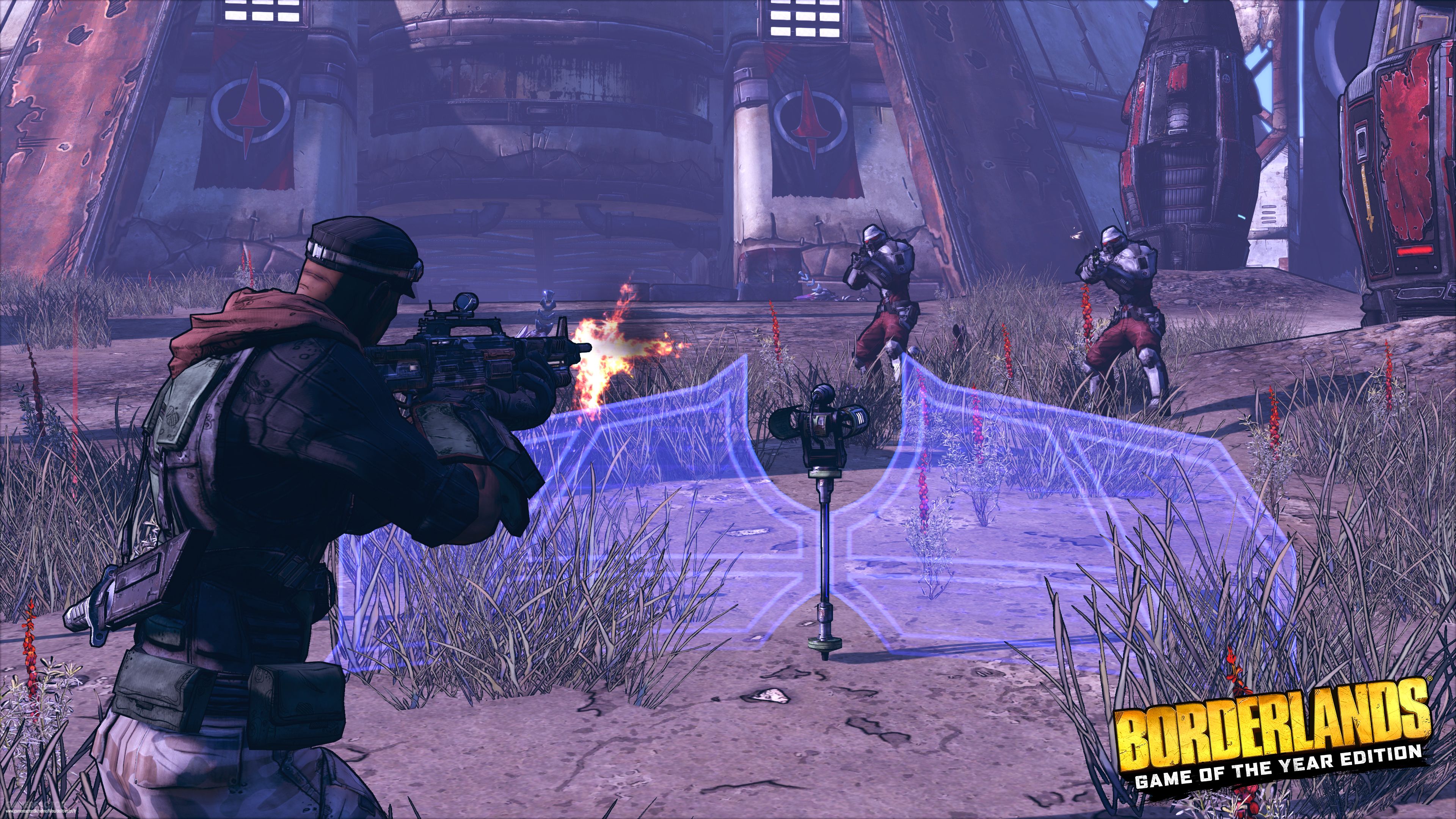 Being the first game in the series, Borderlands: Game of the Year Edition does feel dated at times. Its empty explorable hubs lack the detail found in modern games but its visuals are as crisp as ever. The cel-shaded graphics come to life in 4K and every object, weapon and area looks great. You will never say this game is ten years old and the high-res textures added with HDR delivers a visually outstanding game.

With that being said, the gameplay loop can get in the way. Borderlands, while having some great storylines running throughout the experience, does have its fair share of MMO-like quests that slows the pace down. “Go there and kill xyz enemies” or “go there and pick up xyz parts”. These quests can be a downer especially due to the fact that they are given to you after you just finished another mission in that same area. For a large chunk of the game, you cannot fast travel either so you are forced to run back and forth to do mundane tasks. 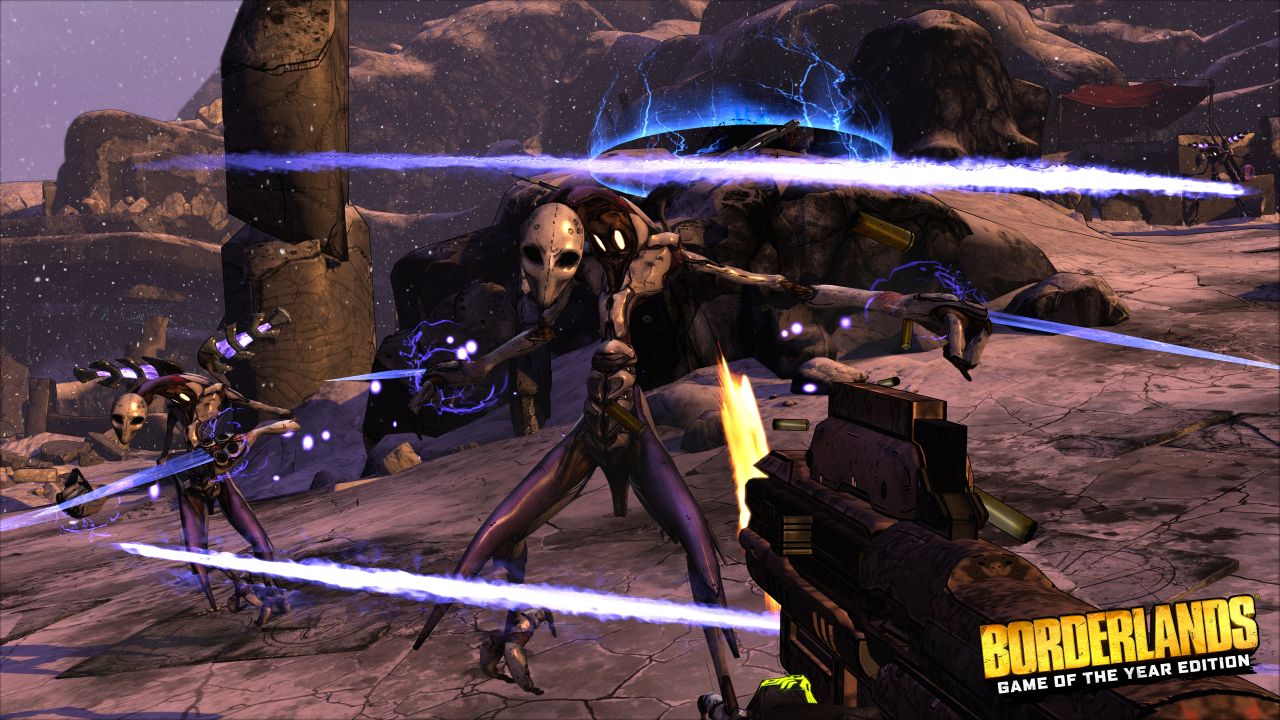 But for every boring mission, there is one that turns up the pace and these are especially great thanks to the steep difficulty curve that the game delivers throughout the story. Boss fights had me on the edge of my couch as I grasped the controller and circled the arena jumping around to avoid being hit. These intense gunfights kept things fresh even after running back and forth to the same area over and over again.

Borderlands would be nothing without its weapons and the first game delivers some exceptional loadouts. While it is not as “out there” as Borderlands 2, the weapons in the game make it so enjoyable. From the sniper rifles that cause enemies heads to pop off thanks to its shock abilities to the shotguns that pack quite a punch. As you level up, you will find better weapons and as you find better weapons you will find rarer ones with better abilities and perks. These then go hand-in-hand with your skill points that you unlock to create a pretty badass game. 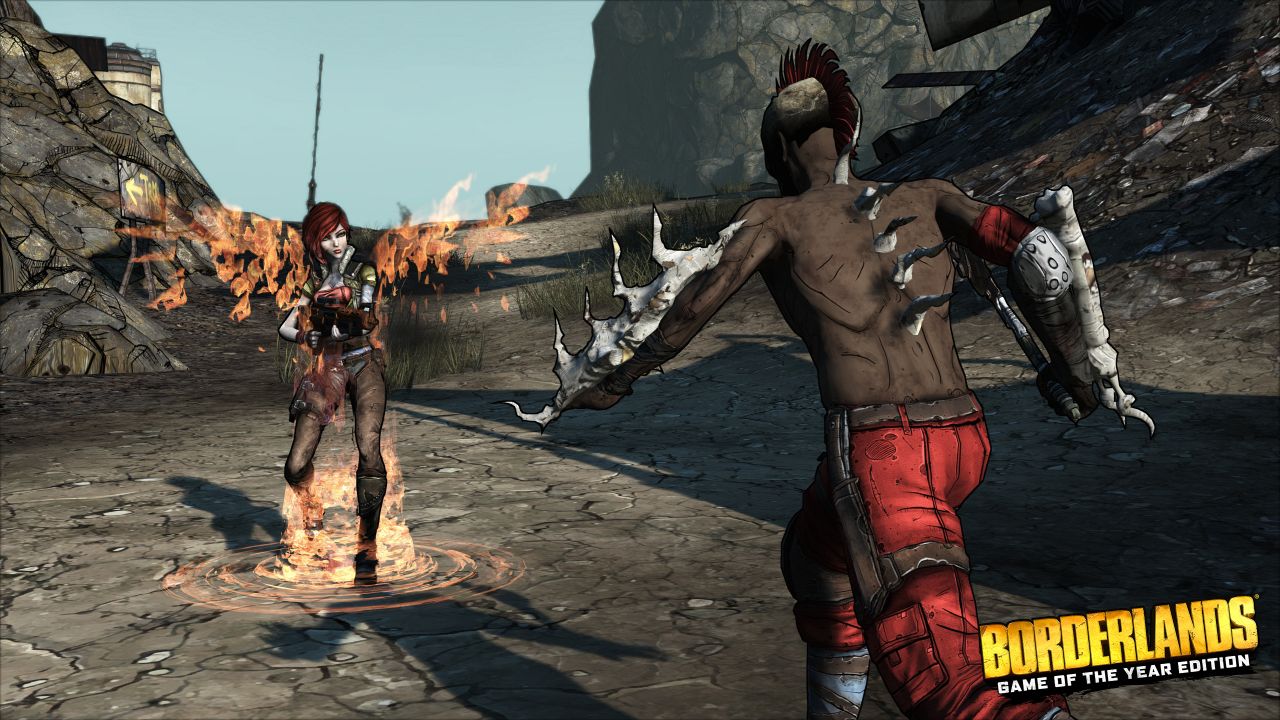 The real challenge then begins when you finish the main game and head to the DLC which are four fairly large story chapters that take you to different locations to fight new enemies and find new gear. The Zombie Island of Dr. Ned is still one of the best DLCs ever made and it holds up in Borderlands: Game of The Year Edition quite well. It is all about zombies, brains and has a much darker tone than anything in the rest of the game.

Borderlands: Game of the Year Edition is a solid experience. For under R500, you really cannot go wrong. The experience is not as dated as most “remasters” on the market today and you have to appreciate how much fun this game still is, ten years later. Its 4K HDR enhancements add a world of difference to the experience as the art style and engine shine brighter than ever before. Its gameplay is also fun and addictive with a few slow slumps here and there. There’s never been a better time to play Borderlands.

This review was based on a copy of Borderlands: Game of the Year Edition sent to us by Gearbox