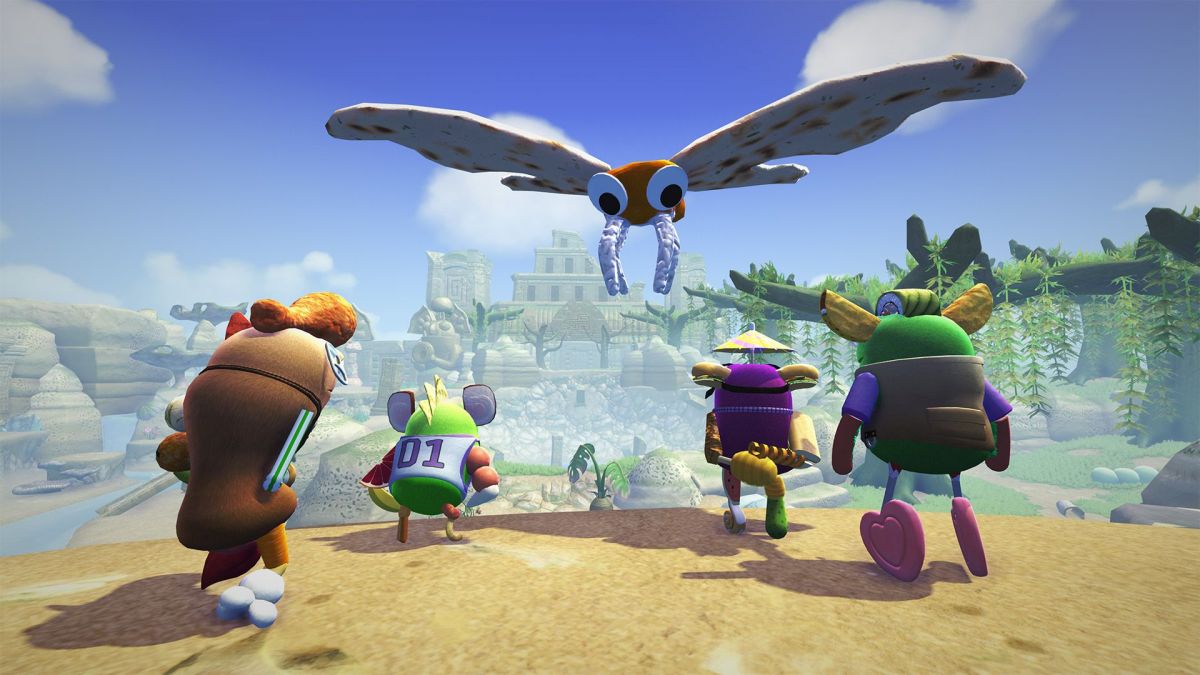 Bugsnax, the game that was released as the first PlayStation Plus title for PS5 back in 2020 is getting its free DLC drop on 28 April. Titled, The Isle of Bigsnax, the free expansion adds a bunch of new content to the game. This includes a whole new island to explore inhabited by giant Bugsnax creatures and some main game additions too.

The Isle of Bigsnax is a new three-hour adventure with new story content. Players will explore a strange island that has risen from the sea. Instead of finding normal Bugsnax around, players discover that the island is inhabited by giant, oversized creatures.

While exploring the island, players will complete new challenges that unlock new furnishings for their personal hut. You can also hunt down hat-wearing Bugsnax and put these hats on your own collection of creatures.

The good news is that this new expansion is completely free for all owners of the game. So if you picked the game up with PlayStation Plus in 2020 or grabbing it for the first time now, you’ll be able to enjoy the content.

Bugsnax and The Isle Bigsnax are also launching on Xbox Game Pass for Xbox and PC. All players will have access to the main game and the free expansion when it launches on 28 April.

Here’s a trailer showcasing all the things you can get up to in the new content.