If you’re buying the upcoming Call of Duty: Vanguard for its multiplayer then you’ll love this news. Activision has detailed everything you need to know about the upcoming shooter’s multiplayer and beta test. This is ahead of the full game’s release on 5 November 2021. PlayStation owners are the first players to get their hands on the Call of Duty: Vanguard beta as early access kicks off on 10 September.

Keep in mind that in order to participate in the early access beta this coming weekend, you need to pre-order the game. However, if you decide not to pre-order Call of Duty: Vanguard then you can jump into the open beta the following weekend on 16 – 20 September. 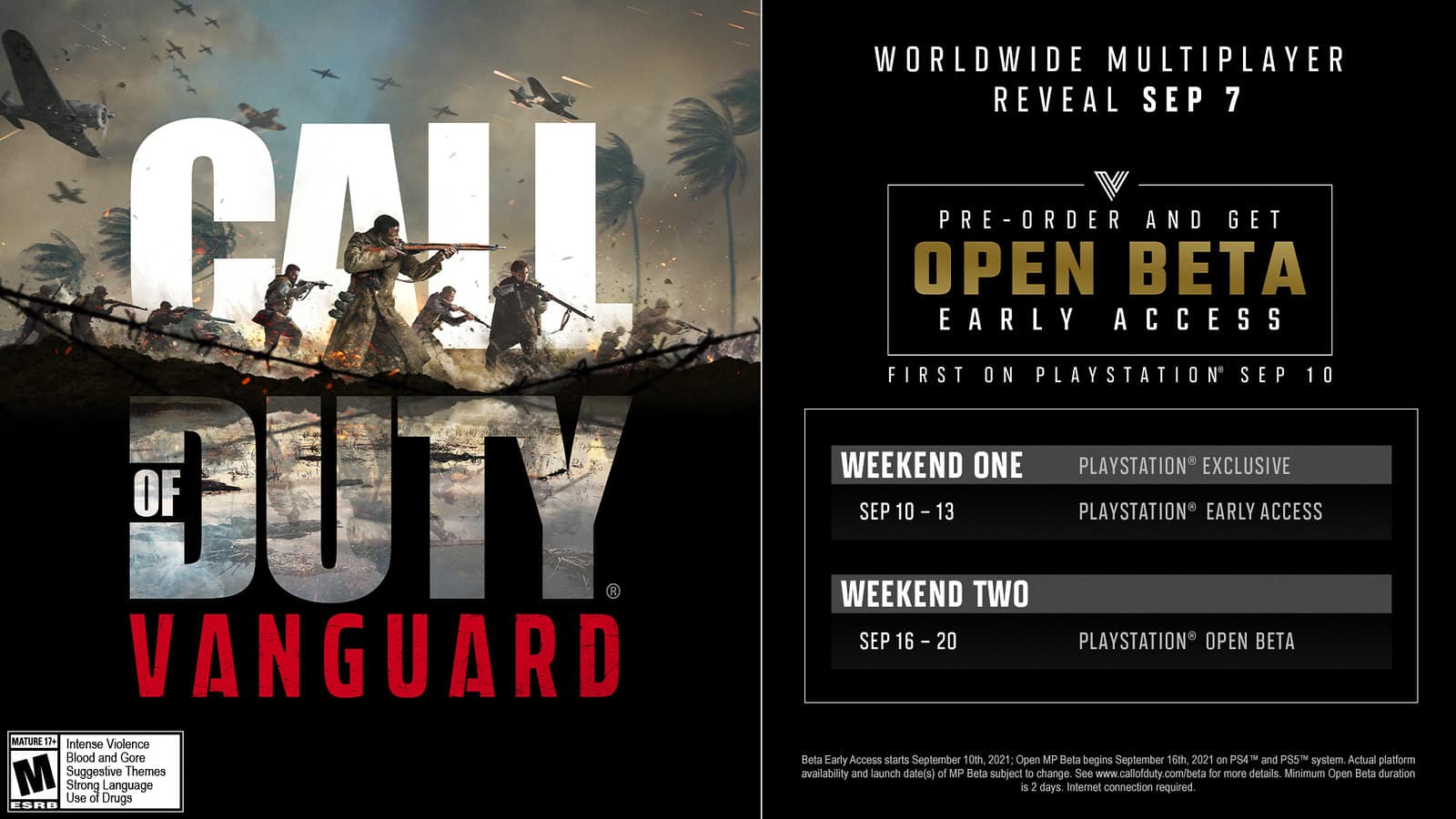 So what are you going to get when the full game launches on 5 November? Activision detailed the full Call of Duty: Vanguard multiplayer experience including its launch content.

Call of Duty: Vanguard will launch with 16 maps that cater for the traditional multiplayer modes. In addition, there are four maps designed especially for Champion Hill. That means there are 20 maps in total. 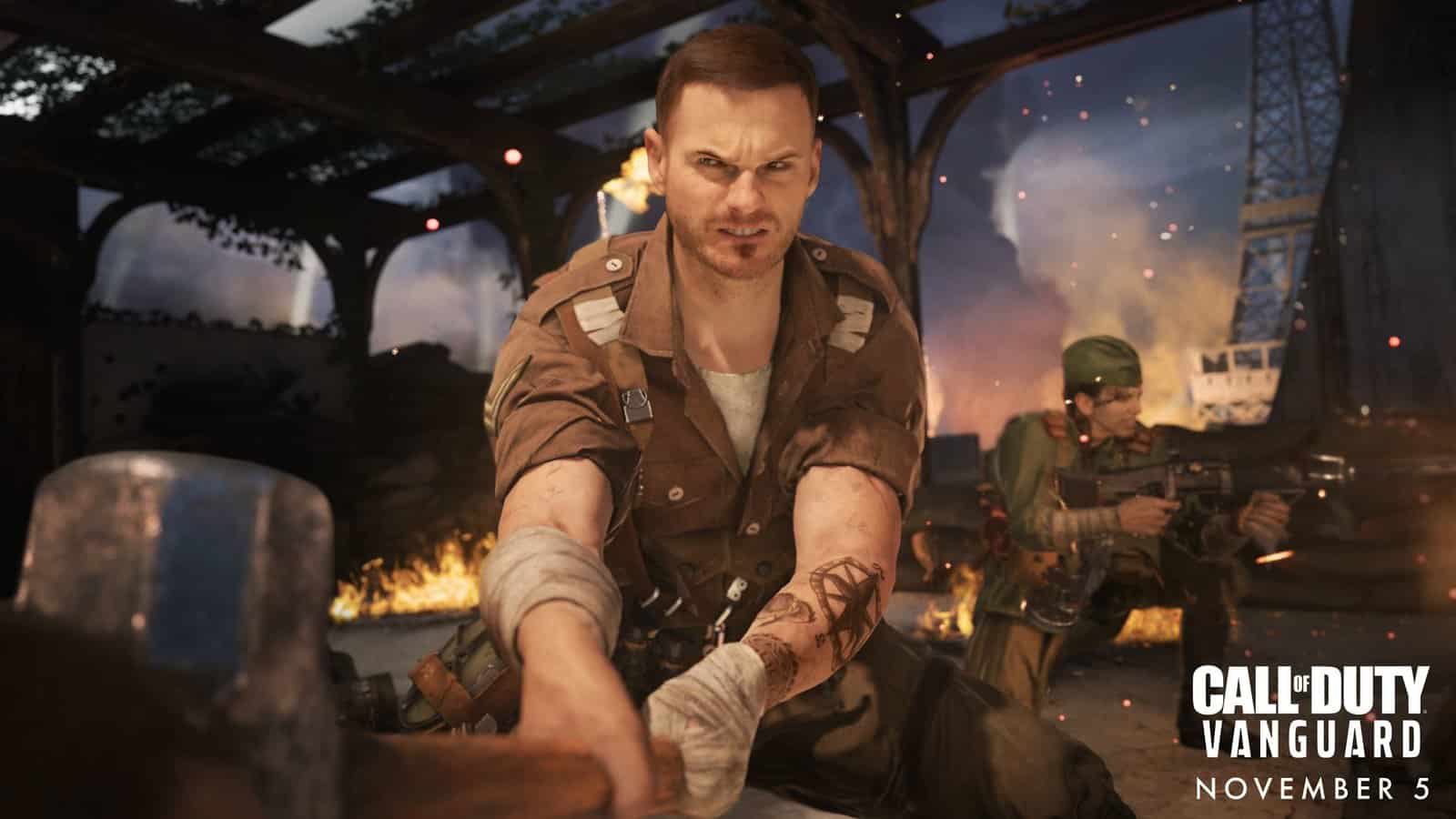 The modes at launch include Patrol, Champion Hill, Team Deathmatch, Domination, Search and Destroy and more. This all ties into the new Combat Pacing system in Call of Duty: Vanguard that gives players control over how they want to play. Vanguard is broken up into three categories including Tactical, Assault and Blitz. Each of these delivers its own gameplay pace that enables players to experience the game the way they want to.

For the classic 6v6 player experience you know and love, pick Tactical. If you want to up the ante, go Assault. Need it fast and frenetic? Blitz is your got to, jamming in high player counts for non-stop action and mayhem.

You can also set Combat Pacing to “All” to experience all three throughout your play session. The choice is yours.

Vanguard includes a Clan and Groups Rewards system that features its own progression, emblem and Battle Pass related rewards. As this XP levels up and gains new ranks, all players in the clan will earn unlockables and share the loot.

As for the Gunsmith, he will now feature up to ten attachments slots on certain weapons unlocking unlimited possibilities for customization.

Riot Shields are also making a return in addition to two melee options: a standard-issue knife at launch and a bayonet charge for weapons that can equip the underbarrel blade. Akimbo is also available on select weapons for a high power, close-range option.

Activision says that Call of Duty: Vanguard features a new “Reactive Environment System” where players can blast through weak points, break down doors and windows, destroy tiles and slowly damage and destroy the map throughout a match.

The cover system also allows for new strategies: the first is mounting, which returns from previous games, though Operators can move their weapons across vertical and horizontal surfaces as well. The other is blindfire – at the sacrifice of accuracy, take shots at your enemies without exposing yourself to imminent danger.

Operator Perks and Weapon Perks – now known as Proficiencies – are making a return. Pick Lightweight for faster movement speed, or equip the Weapon Perk Gung-Ho, allowing Operators to fire with the weapon while sprinting. Prepare for Field Upgrades, too.

So there you have it. Get ready for the beta kicking off in the next few days and the game on 5 November 2021. Check out the gameplay reveal trailer below.

NOW READ Call of Duty: Vanguard Editions and What They Come With