Capcom Arcade Stadium Review
"One of the best collections around" Capcom Arcade Stadium oozes nostalgia and even if I had never heard of some of these games before, I could not help but get lost for hours on end trying them out. You see, the PS4 release of Capcom Arcade Stadium marks the full package hitting the platform. This being after the Nintendo Switch version released last year with limited games. In addition, more titles were made available for the console at an additional cost. If you want the best, most complete version of Capcom Arcade Stadium, this is it. However, keep in mind that Capcom still has a few additional DLC purchases available for the game in the form of cheats but if you buy the game, you get a crazy package of 32 games.

While some of these titles might seem a bit foreign to you, there is no doubt the library of games includes some gems. We have the iconic Ghosts ‘n Goblins, 1943: The Battle For Midway, Bionic Commando, Forgotten Worlds, Ghouls n’ Ghosts and so much more.  These games are all divided into various packages that span across an era of arcade gaming. The full list of the entire game includes: 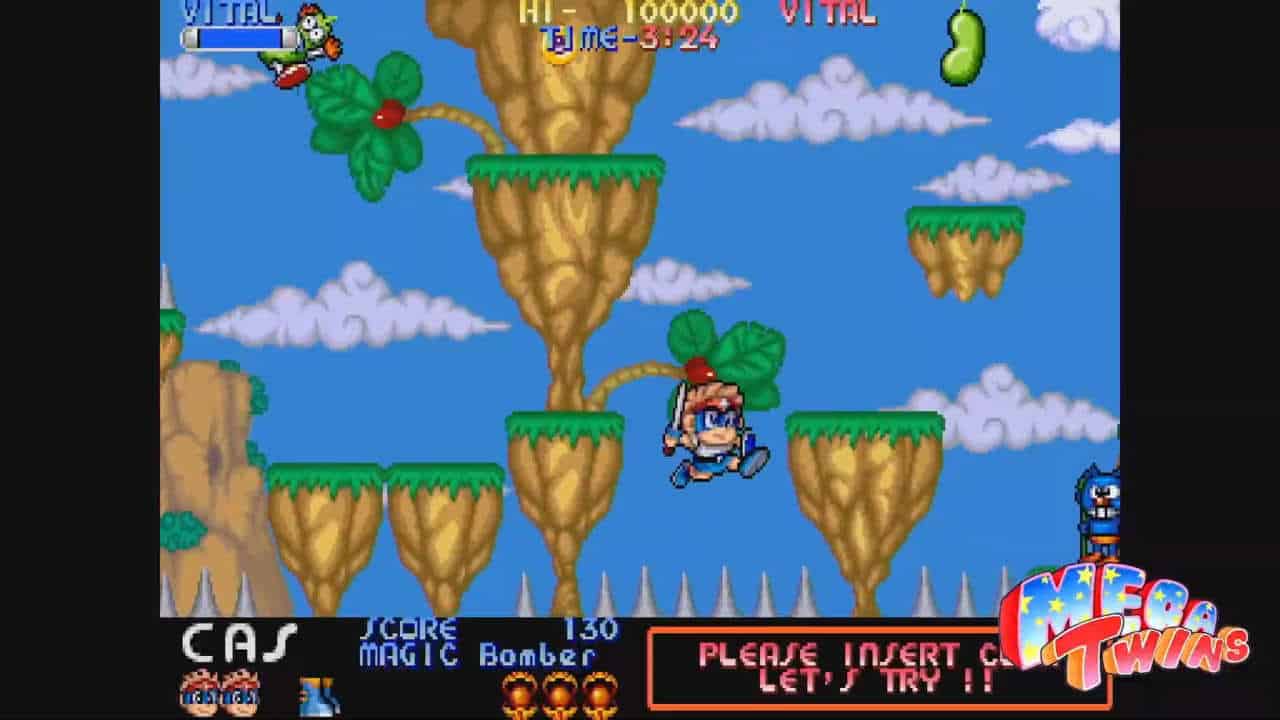 Keep in mind that each of these above packages can be purchases separately so if you’re looking at a list of games and you’re not seeing anything you will like, you don’t have to buy the full experience. However, I would recommend you take the dive and get the full 32-pack game. It works out cheaper as well as offers some new experiences to discover along the way.

Booting up Capcom Arcade Stadium for the first time, I was taken back at just how stylish the entire package was. From the thumping digital soundtrack that chimes with its 16-bit sound effects to the entire presentation of games. Capcom has clearly put a lot of effort into delivering their arcade classics in the best way possible. This is not your PlayStation One classic console menu here and puts a lot of game collections to shame. 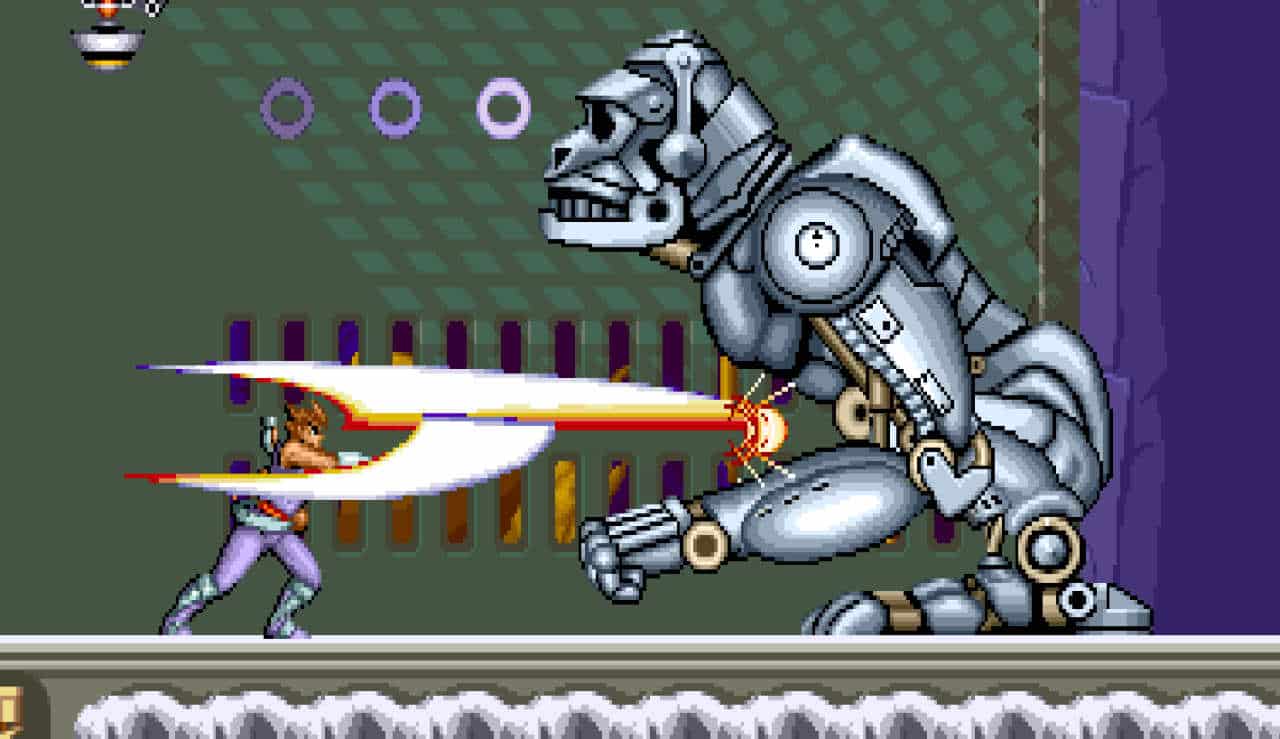 The full lineup of games is delivered in a row of arcade machines sort of as if you’re walking down the aisle back in the nineties trying to see where you’ll spend your coins. The games are divided into various eras from the oldest titles like Section Z and Commando. There are the later packs like Strider and Mega Twins and the last pack that includes the most iconic games like 1944 and Street Fighter 2.

Going through the games, the Capcom Arcade Stadium not only showcases some fantastic arcade experiences but at the same time, does a great job highlighting the changes the technology saw over the years. Playing Commando then jumping into Giga Wing, for example, shows a clear step up in sound, animations, pixel art and more. However, as dated as these experiences are and look in comparison to today’s titles, they are still extremely fun. Well, most of them anyway. 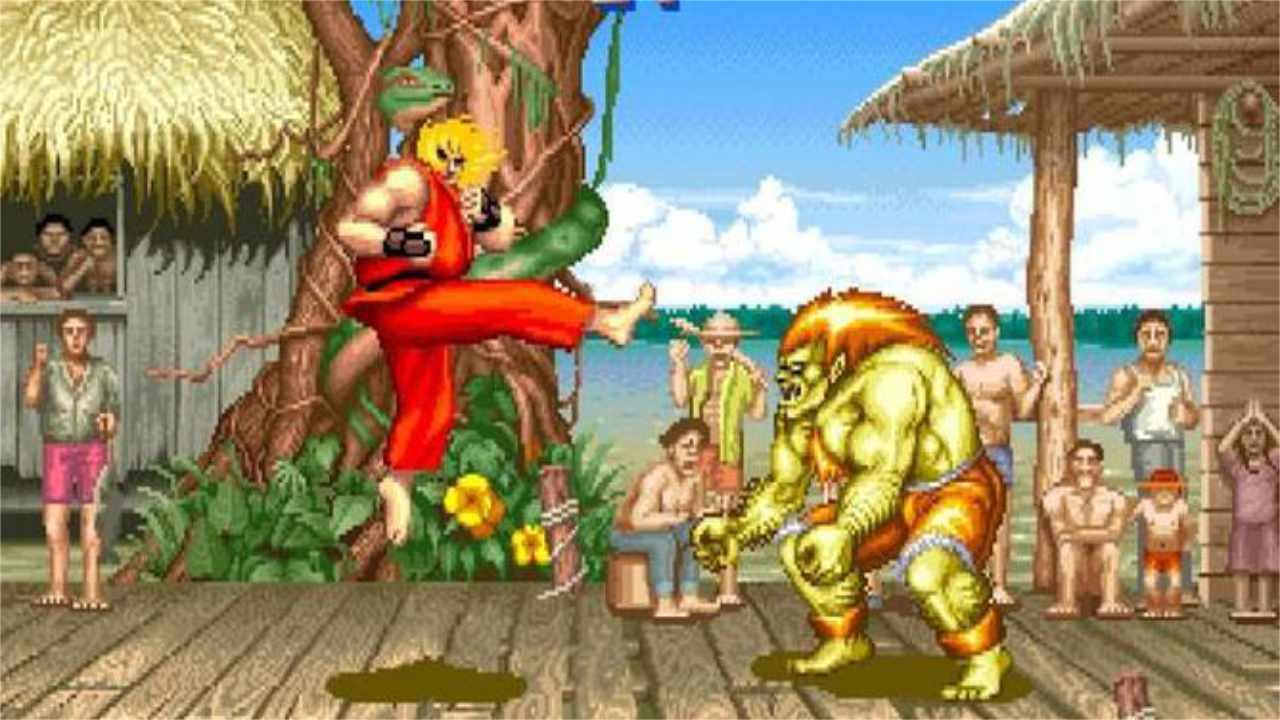 Each game loads up instantly on the arcade machine selected in the main menu. With 32 games to choose from, there’s a lot to jump across while deciding which one I would stick to for a longer period of time. There are 4 fighting games, of which three of them are Street Fighter, 15 shooters, and 13 action games. Could it have done with less Street Fighter? Definitely but hey, some people enjoy these classic fighters.

Playing a game is simple enough. While the DualSense controller, or any other modern-day controller you may use, includes an array of buttons, you need to remember that these arcade games only use a couple. Each game also has its fair share of display settings to choose from. By default, I played the game simply by loading it up and watching it move about on the arcade cabinet display in front of me. It looked fantastic and is the best way to enjoy this “arcade” experience. There’s also other ways to enjoy the games including scanlines, a “max” display mode that stretches the game to your TV. You can also adjust some filters by adding RGB pixels to the filter, softening scanlines, adding a curved display and even a verticle orientation for horizontal games. 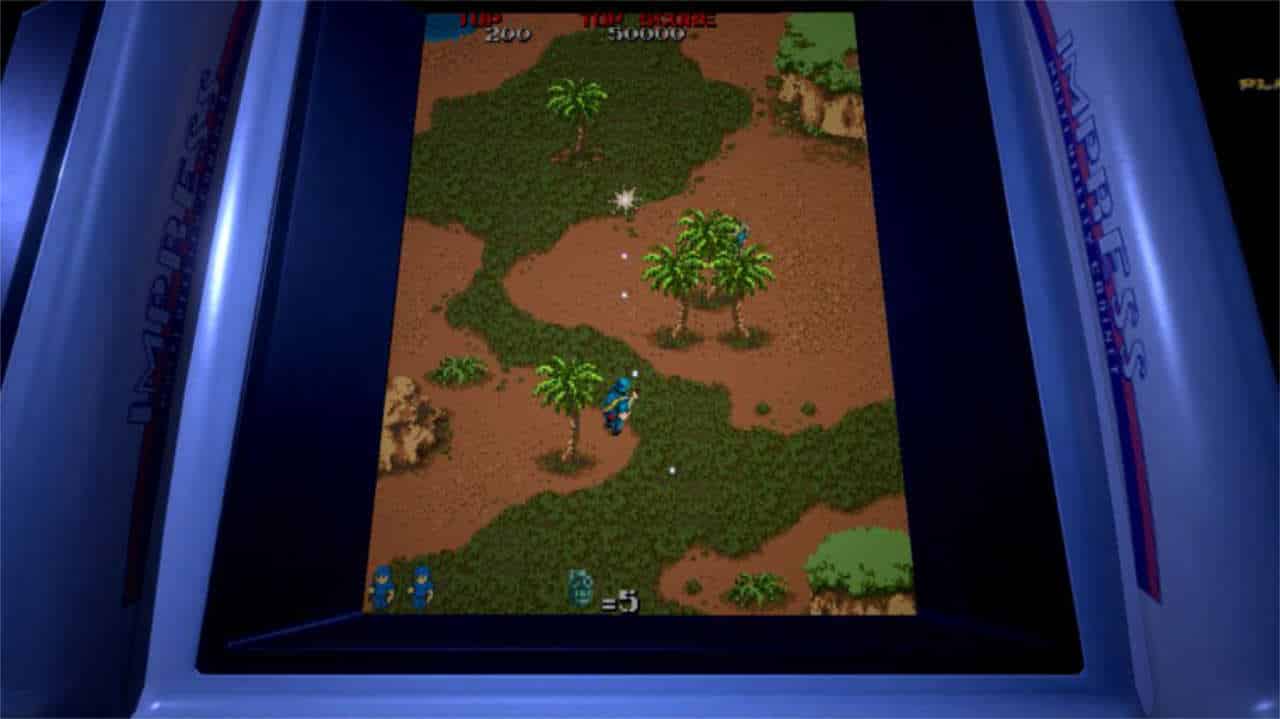 Then we have the various gameplay settings that tweak that not only help improve the general clumsiness of some of these games but also make them a lot more forgiving. My favourite has to be the rewind feature that let me instantly rewind the game to the moment before I got shot, walked into a guillotine or made the wrong decision and killed the wrong enemy. Honestly, I think most games need the ability to rewind stuff but it goes a long way here in the Capcom Arcade Stadium collection due to the sheer amount of content one would have to get through. I could not find a game where I did not find this feature useful. Especially in those u unforgiving titles like Ghoul’s ‘n Ghosts and Commando. Having the ability to quickly rewind the game to avoid an instant death was a lifesaver.

Capcom went a step further to modernize the game too by adding an online leaderboard and challenge system into Capcom Arcade Stadium. Some games offer Timed Challenges where I could compete with other players’ times to see how far I got on a single life. Some games also offered the classic score system that brought back the classic arcade days. It is great for those who have friends and family who would love to compete for the best score across certain titles. Capcom also has monthly and weekly challenges available that rotate every now and then. These will change your approach to each game in the coming weeks and hopefully deliver fun twists to each game 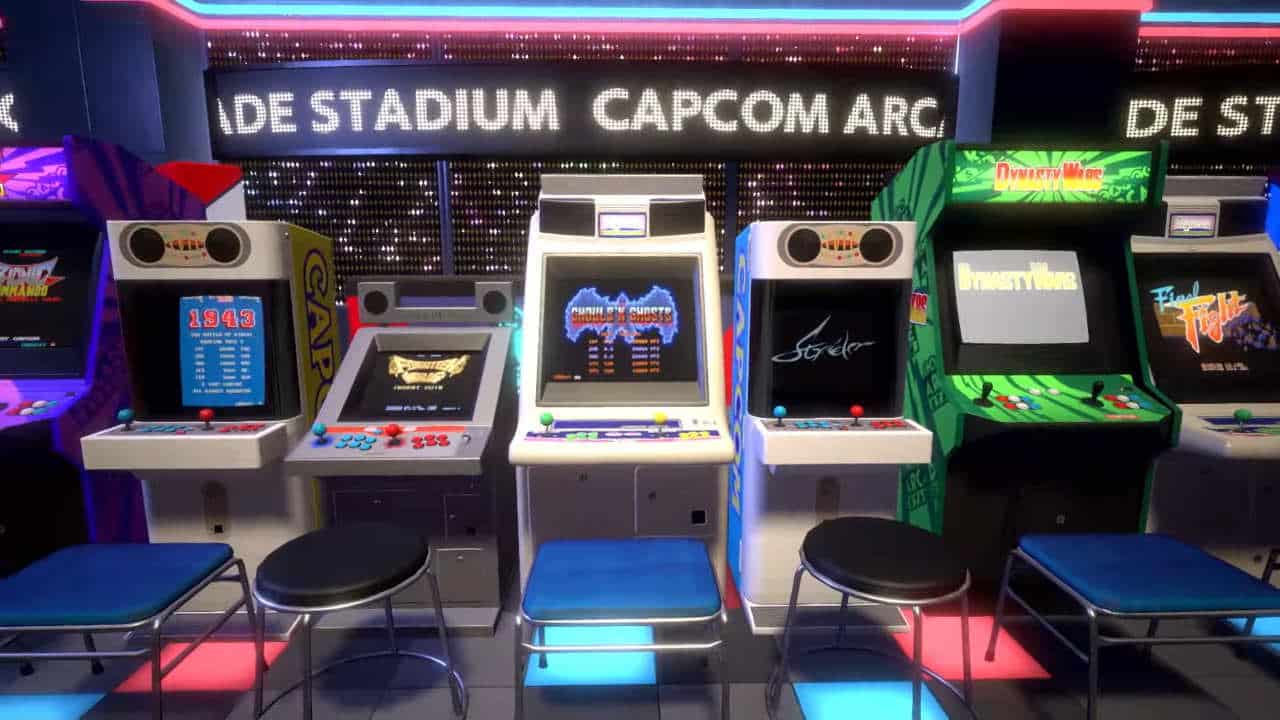 Speaking of friends and family, certain games also have their co-op modes included in the package. If you remember playing a game with a friend by your side back in the day, it is available to do so again in the Capcom Arcade Stadium.

I was extremely impressed by the Capcom Arcade Stadium. Often, publishers try and flog off game collections with zero effort put into it other than simply “porting” the game to a new console (looking at you SEGA). However, Capcom went above and beyond here to not only polish up 32 amazing games but also deliver them in the best possible way. There are dozens of trophies to collect, challenges to complete and so many memories to relive that investing in this package should be a no-brainer.