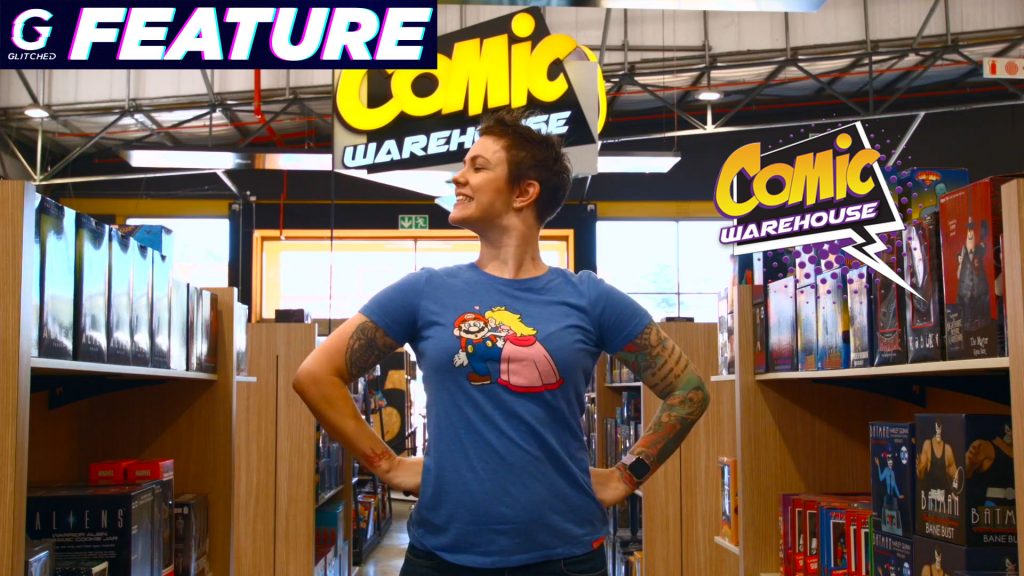 Captain Marvel’s about to burst onto cinema screens. The movie, which was written and directed by Anna Boden and Ryan Fleck, premiers in South Africa on 08 March 2019. Before you go watch the upcoming movie, you’re going to want to brush up on some knowledge of this new marvellous superhero. These Captain Marvel facts will help you understand the movie better, and also hopefully help you appreciate this awesome superhero more.

There Have Been Seven Versions Of Captain Marvel

The role of Captain Marvel will be portrayed by Brie Larson. This awesome actress won an Oscar for Best Actress in 2015 for her leading role in the movie Room.

Brie Larson will be the first female to lead her own Marvel movie. DC’s Wonder Woman and Catwoman have both had their own movies (Batgirl’s movie is still coming, apparently), with Supergirl having her own TV show. Marvel’s Agent Carter had her own show, which sadly only had two seasons. But Captain Marvel will be the first Marvel superhero movie to feature a female lead.

What Are Captain Marvel’s Superpowers

Captain Marvel is described as gaining her powers:

When head of NASA security, Carol Danvers was exposed to a powerful alien device, she transformed into the mighty cosmic powered hero, Captain Marvel!

One of the Captain Marvel facts that’s very clear is that she’s super strong and is described as having already been in “excellent shape before she was transformed by the Psyche-Magnitron“. She then became even more marvellous with the following superpowers and special abilities:

She also possesses a seventh sense, giving her random, uncontrolled flashes of the future.

She can absorb and manipulate energy too. In the promotional features for the movie, we can see Captain Marvel being able to perform powerful photon blast with her hands.

In the upcoming movie, she’s trained by Jude Law’s yet-to-be-confirmed character (we’re guessing Mar-Vell) when she joins Starforce – an elite Kree (alien) military team. She later returns to Earth with questions of her past and because Earth’s in danger.

She also has a sidekick/super pet cat called Goose. Captain Marvel’s cat is a powerful, intelligent alien being called a Flerken. With some awesome intergalactic powers that we hope will be showcased in the upcoming movie, as the trailers have been a little light on details surrounding Captain Marvel’s feline friend.

How Does She Fit Into The MCU

With Avengers: Endgame coming out this year as well, fans are sure to want to see Captain Marvel somehow progress the story.

Captain Marvel is set in 1995 and therefore plays off before many of the events that have been central storylines in Avengers movies. But a hint at the end of Avengers: Infinity War could suggest a strong connection with Captain Marvel. We see Nick Fury (portrayed by Samuel L. Jackson) call on help from someone from his pager. With only a few Avengers remaining after the events of Infinity War, Captain Marvel is believed to be the key to saving the rest of the Avengers’ and many others’ lives, and the one Fury is reaching out to for help.

One of the villainous themes to regularly feature in the comic books as well as in the upcoming movie is the Skrull – an alien race that’s capable of imitation. You see the old lady in the trailer being beaten up by Captain Marvel – that’s because she is a Skrull. So this theme will probably be used to showcase what Captain Marvel’s all about in her upcoming standalone movie before we get to see her connection with the Avengers and the larger Marvel Cinematic Universe.

Some Captain Marvel facts are a little less important to know before you watch the movie, but they’re still fun for the fans out there.

Are you going to be watching Captain Marvel at the movies? You can watch a live stream from the world premiere in Hollywood below.