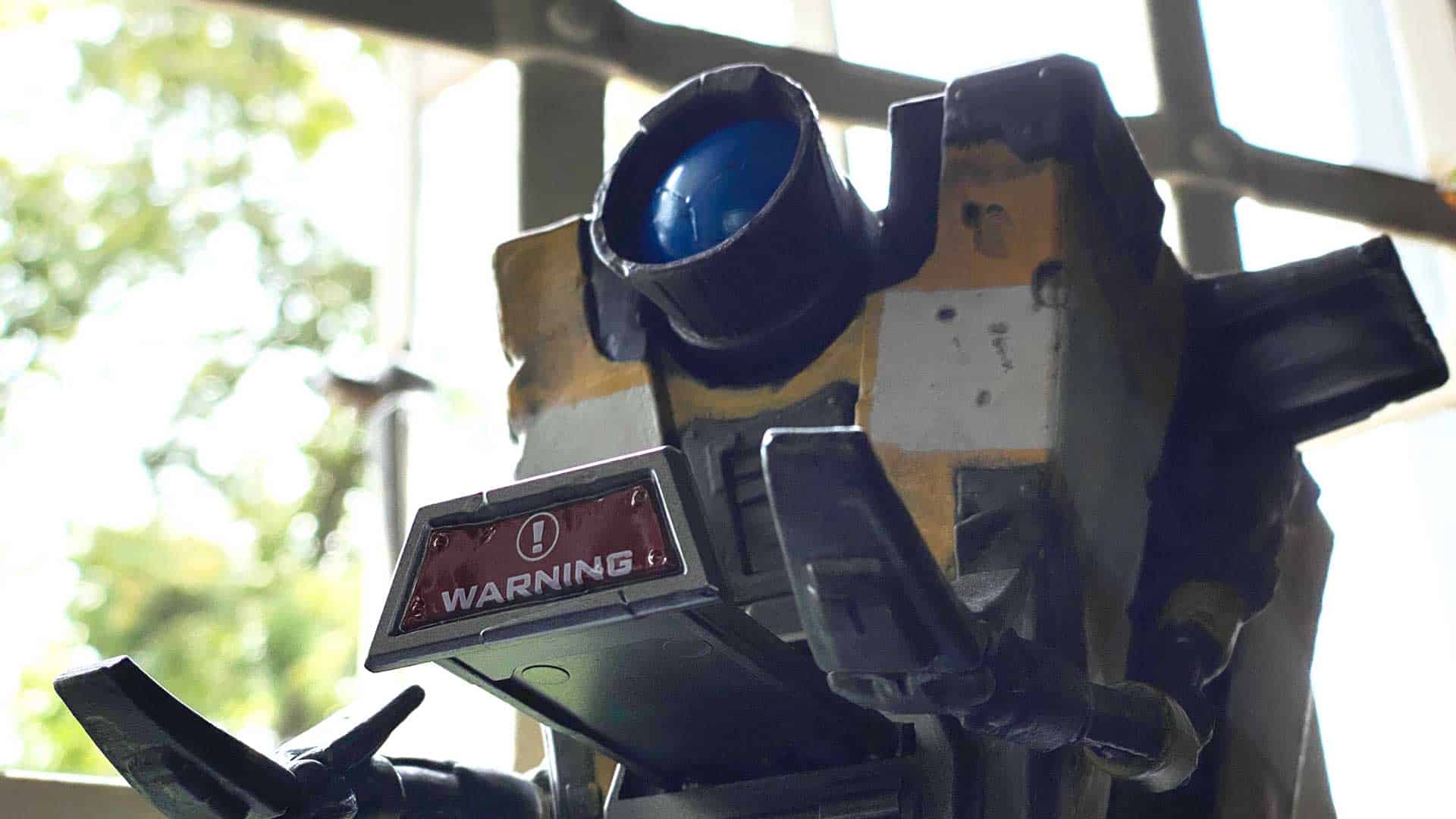 So to review this little guy, I decided to test a load of random things I had around the house to see how they held up in its arms. Before I start, some information you may need. The Cable Guy controller holders come in two sizes. You have the standard version that retails for R399 and the XL versions that sell for R499. There’s a crazy range of them available in SA at all leading retailers including Koodoo.co.za. From Spyro to Darth Vader, Hulk to Crash Bandicoot. They make not only great controller holders (among other things) but also just cool gaming merchandise to own and show off on your gaming setup.

Claptrap could be one of the best Cable Guys holders on the market. Sure, I love the game franchise a lot more than other models on the market, but he has quite a lot of finer details I did not expect. When you buy a Cable Guys controller holder you get the box (of course) and inside some of them, mostly the XL range, you will get a 2-meter micro USB charging cable and the holder itself. It is quite straight forward for most of them. I was impressed with the packaging and the detail I spotted around it. At the back of the box, there’s a Claptrap graphic similar to the Borderlands 3 box art but instead of the psycho, there’s a Claptrap. This is no doubt a nudge to the robot’s obsession with being in the limelight throughout the game. 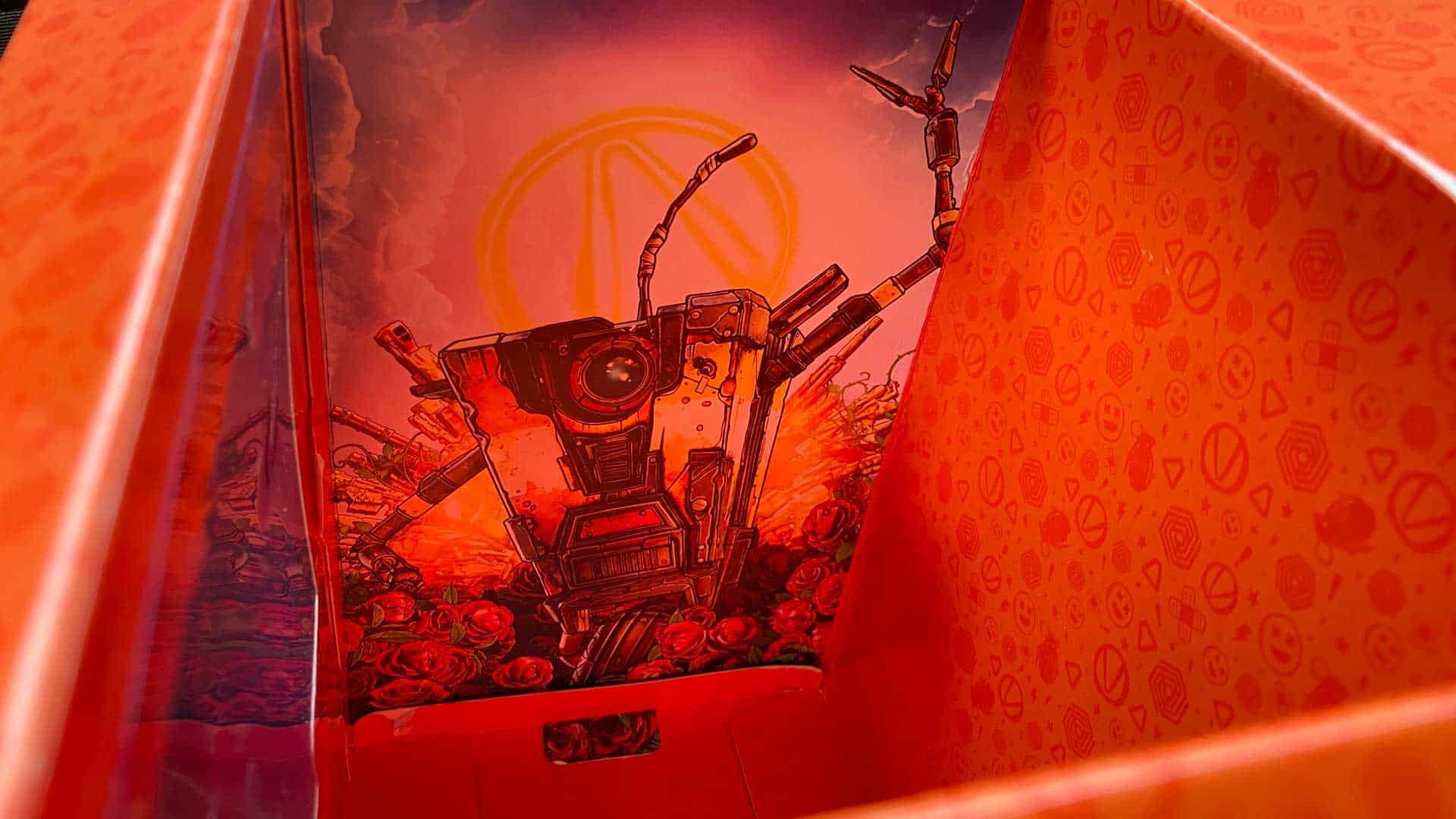 The holder itself has been made from a sturdy plastic that has been hand-painted to the utmost detail. He has two robot arms sticking out which at first glance I thought was the holder itself but I was wrong. Claptrap has a tray that comes out that is actually for holding objects. It comes out of his chest and slides back in if you just want him to stand there looking all cool like.

The stand itself is just a hollow plastic shell that supports the giant model on top of it but there’s no doubt that the main attraction is the holder itself.  Claptrap bears all the bells and whistles as if he was yanked out of the game. From the cracked eye globe, the taped-together antenna to the broken heat vents and damaged metal body. The creators did a great job bringing this little guy to life. While the Cable Guys Controller Holder is made for a controller, it is a lot more versatile than you think. The XL model boasts the ability to hold the Nintendo Switch and Switch lite and its functionality goes beyond what the box states. It can hold your phone in both the vertical and portrait position and other little things you have laying around the house. I for one used it as a jewellery holder during the day hanging my chains, rings and bracelets from Claptrap’s arms and tray.

The cable that comes in the box lets you charge your controller while it is mounted onto the holder which is great for those moments when you are away from your gaming set up and need to leave the controller to get some juice. I do wish that it had a dedicated way to hold and charge it at the same time. More like a docking station but that would then get in the way of the holder being able to hold various objects. It works and I guess that is all there is to it.

Some other crazy things I tested on the device includes a TV remote which worked, AirPods, a digital camera and even the PlayStation Platinum Headset which surprisingly enough strapped on the sides quite well. No need for a headset holder now I guess?

For its asking price, the Cable Guys Claptrap Controller Holder is great. Its attention to detail makes it not only a practical thing to own but also something cool to have displayed on your desk.  There’s a massive range of different characters available which you may prefer. I think the most attractive feature for me is that they actually do something worthwhile, unlike POPS that just sit there and gather dust.

This Cable Guys Controller Holder review is based on a unit sent to us by GameFinity.