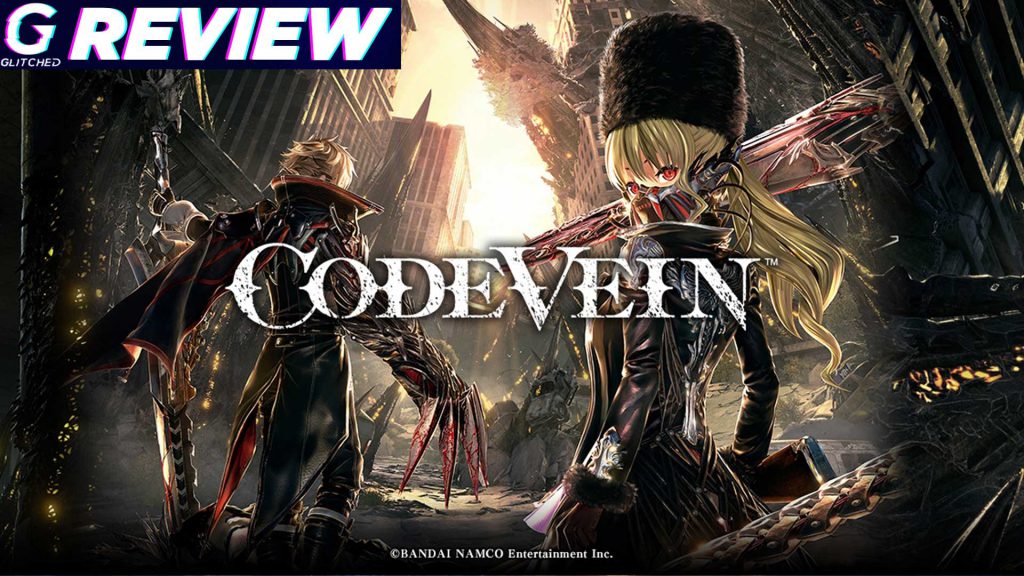 It is hard to not compare Code Vein to Dark Souls as it is no doubt a “soulsborn” game. However, I prefer to call these types of games “hardcore action RPG” as the Dark Souls comparison is getting dated now. Code Vein is a hardcore action RPG that merges some relentless combat with an anime setting to bring a different take on the genre. It is often a chore to play, but for the most part, it keeps you going as you continue to face off against bosses and tougher enemies as you progress through the game.

Is the game as polished as other hardcore action RPGs on the market? No, and it also lacks the variety and often the excitement of them too but it is not a bad attempt at doing something a little differently. The game is set in a post-apocalyptic dystopian environment after the world falls to a great cataclysm.

Creatures known as Revenants have been born from the corpses of dead humans. Every time a Revenant dies, it can come back to life but at the cost of losing a memory and if a Revenant loses its heart, it will die too. These creatures take the form of humans and you play as one. Revenants constantly need to feed on human blood else they go frenzied and turn into monsters. The world where Code Vein takes place is running low on blood with more Revenants walking the lands than there is blood available for them. 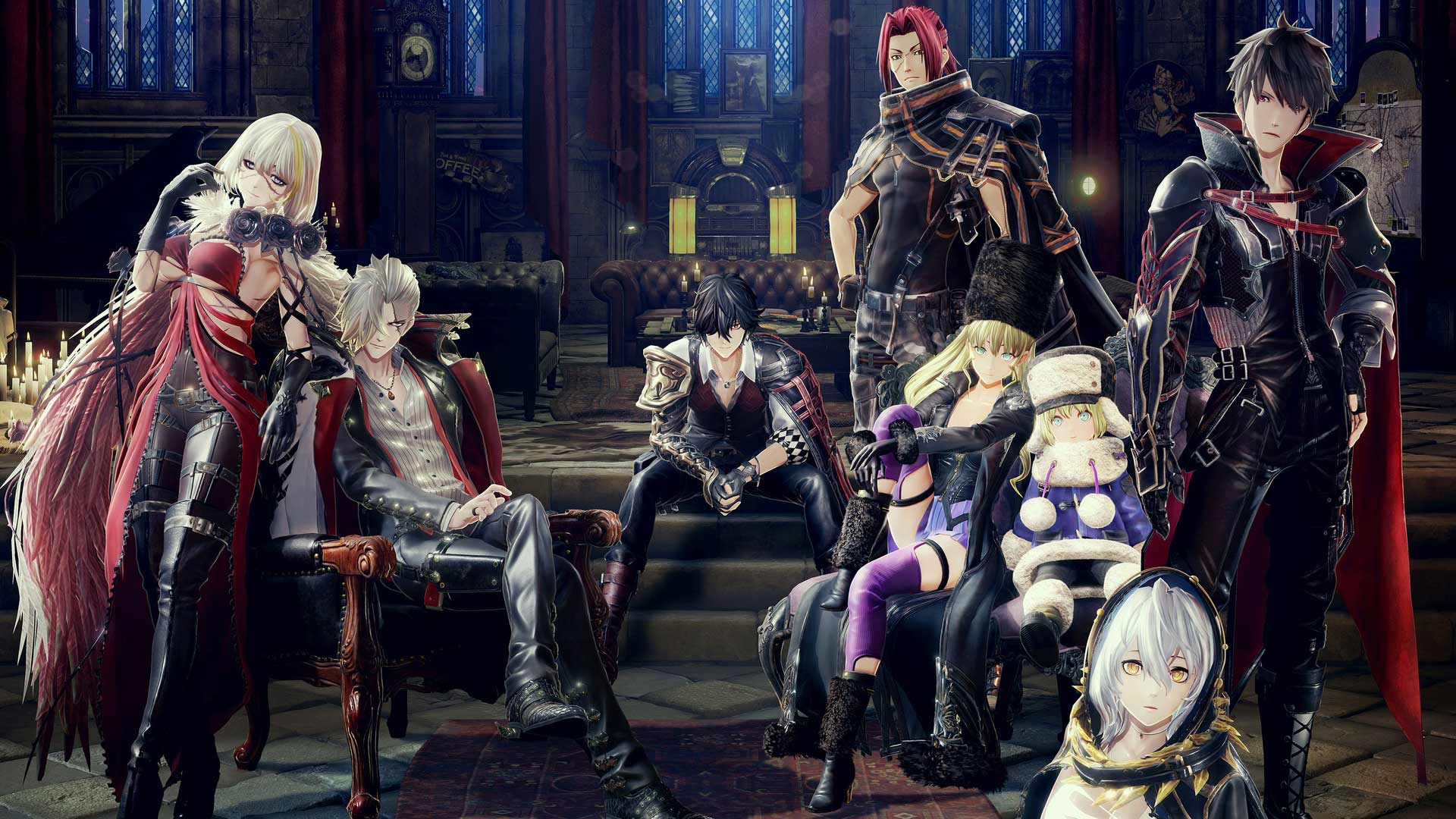 Without getting into too much detail, Code Vein delivers a solid story. Sure, at times, it can feel a little drawn out but its characters, anime-styled approach and unique story direction are pleasant to follow. From the crazy trees that grow actual blood beads to the over-the-top characters that you meet along the way. It often turns dark, overlaps historical references to how the great cataclysm took place and even gets a little whimsical at times.

You get to create a character when you start the game. The character creation system is deep and extremely detailed with you being able to craft something that looks like it is right out of Dragon Ball Z. There’s no shortage of crazy here and it is a refreshing take on the genre. Whatever you decide to do, you can do it with all that Bandai Namco flair you have come to expect from the Japanese publisher. 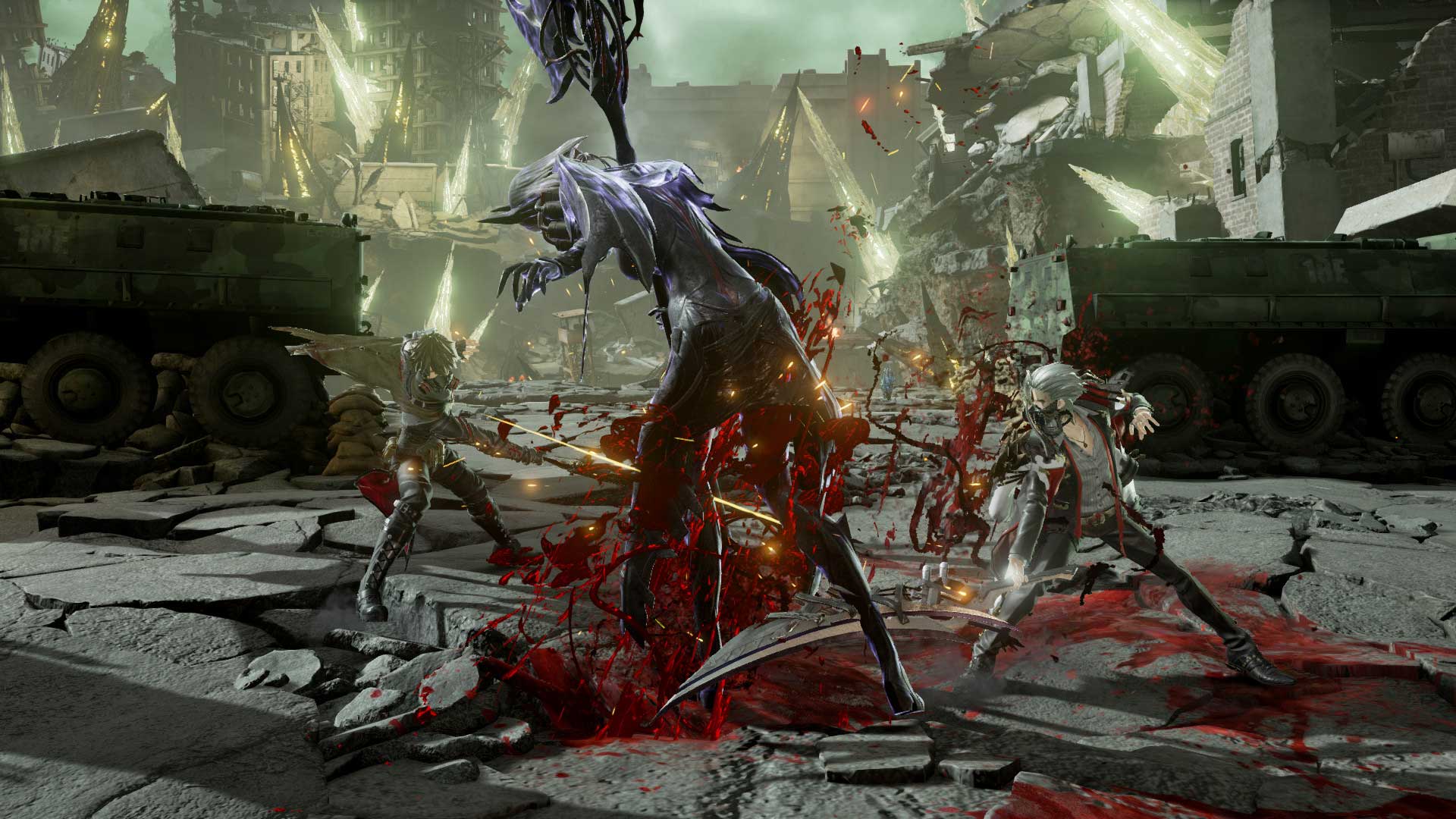 The class system is just as versatile as the character creation one allowing you to change your “Blood Code” at any time. Blood Codes are obtained throughout the game and favour specific perks, stats and “Gifts”. If you want to use a giant greatsword then you will have to stick to a Blood Code that gives you enough strength to wield it. Often these will also include skills such as magic-like spells that you can shoot or combo attacks that let you swing your sword at enemies a couple of times.

Weapons range from giant greatswords to polearms, halberds and even scythes with abilities complimenting you chosen weapon. Once you obtain a Blood Code you can master its skills and take them across to another Blood Code if it falls into a similar class. This allows for a great amount of freedom when building your character and the fact that you can swap them at any time allows you to switch them up when you get bored. 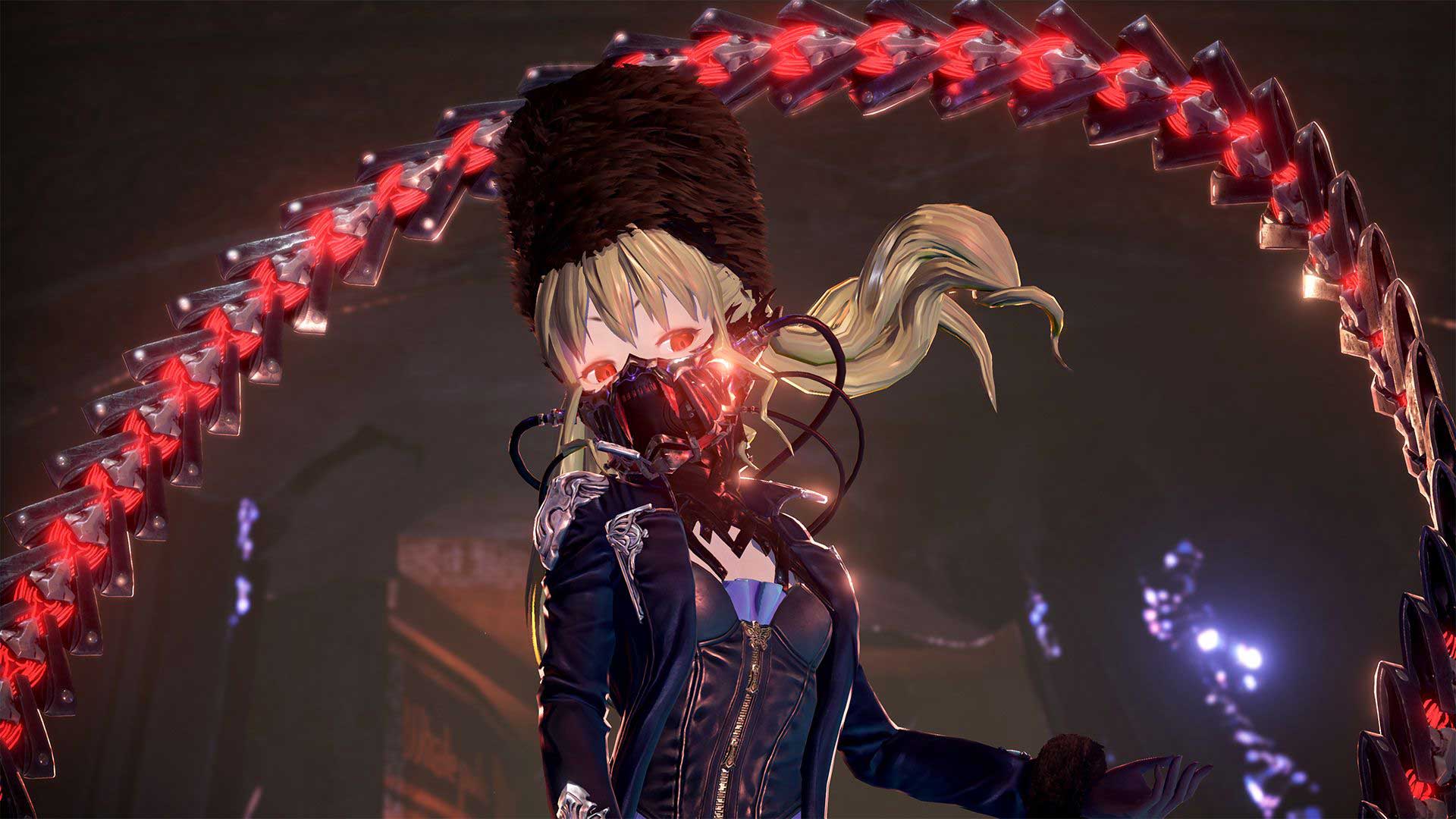 Switching Blood Codes also means you can easily change things up when you get stuck on a boss. They often don’t feel too drastically different from one another unless you are really switching your entire approach from melee to magic or switching things up with buffs for you and your partner. The abilities, gifts and weapon system is quite layered and allows for a great amount of freedom to fit your play style.

The combat also goes hand in hand with your current partner. For much of the game you are given a companion that fights alongside you, heals you when you are down by sacrificing his own health and buffs you. You can also aid them the same way they do you which creates this great sense of teamwork. They also make the game a little easier as often I was about to die and was saved by his own health he fed me. However, it is not all great news. The AI can get a little shoddy after a while resulting in him often dying form dumb mistakes. This was more present near the end of the game as bosses and enemies got harder. 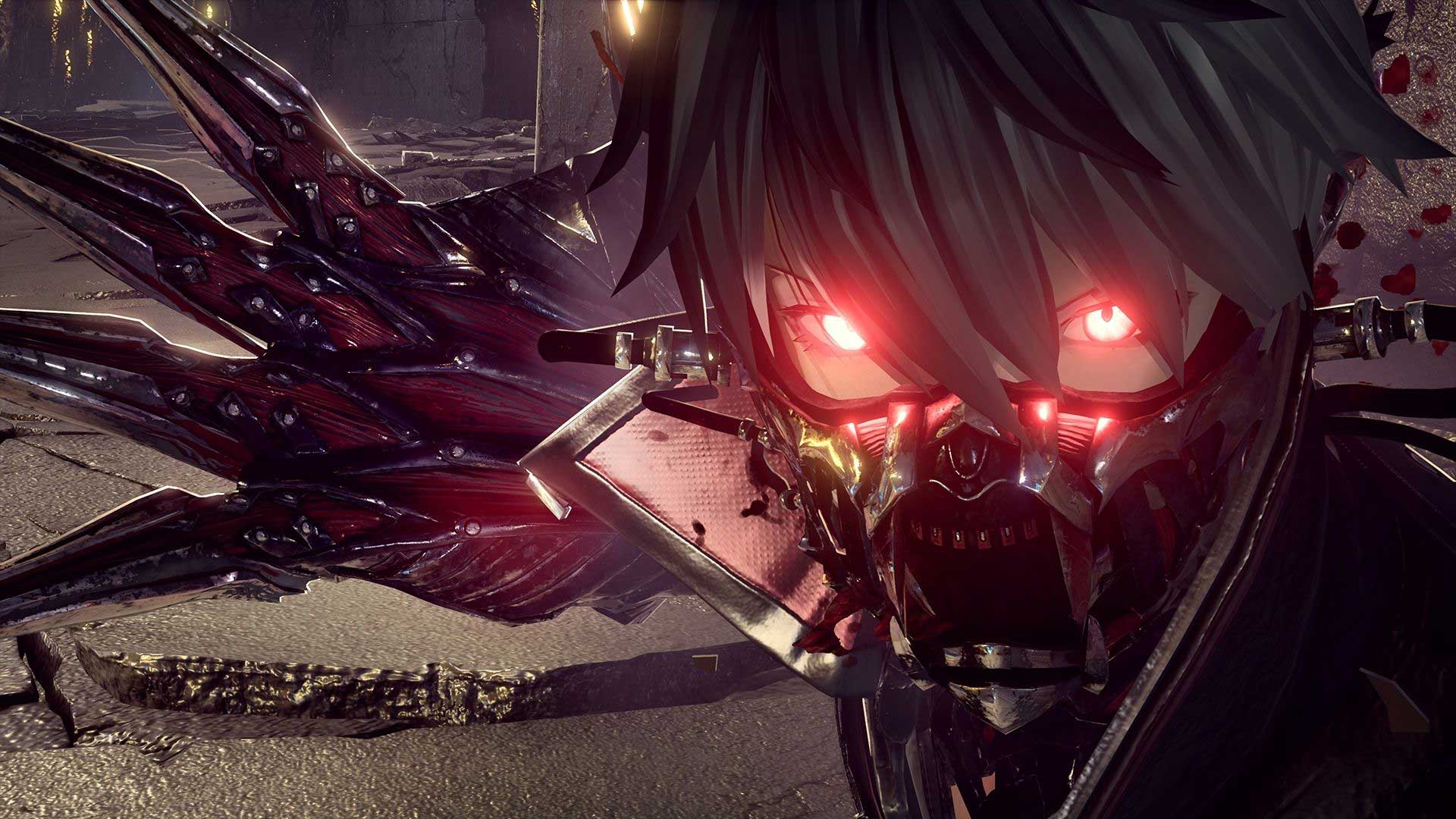 Instead of running back from a charged-up attack, he would walk right into it leaving me frustrated and wishing that I had an actual player at my side. Speaking of which, you can thanks to the “summon and be summoned” multiplayer features that let you ask for help from other players and even enter other worlds to help them.

Code Vein suffers in its world and progression. You find these mistles throughout the lands bring them to life and can use them to level up using Husks you have obtained from killing enemies and teleport to and from other ones you have visited before. Your main hub is also where you will level up your weapons, imbue them with elemental damage and trade items with NPC characters to unlock new rewards. 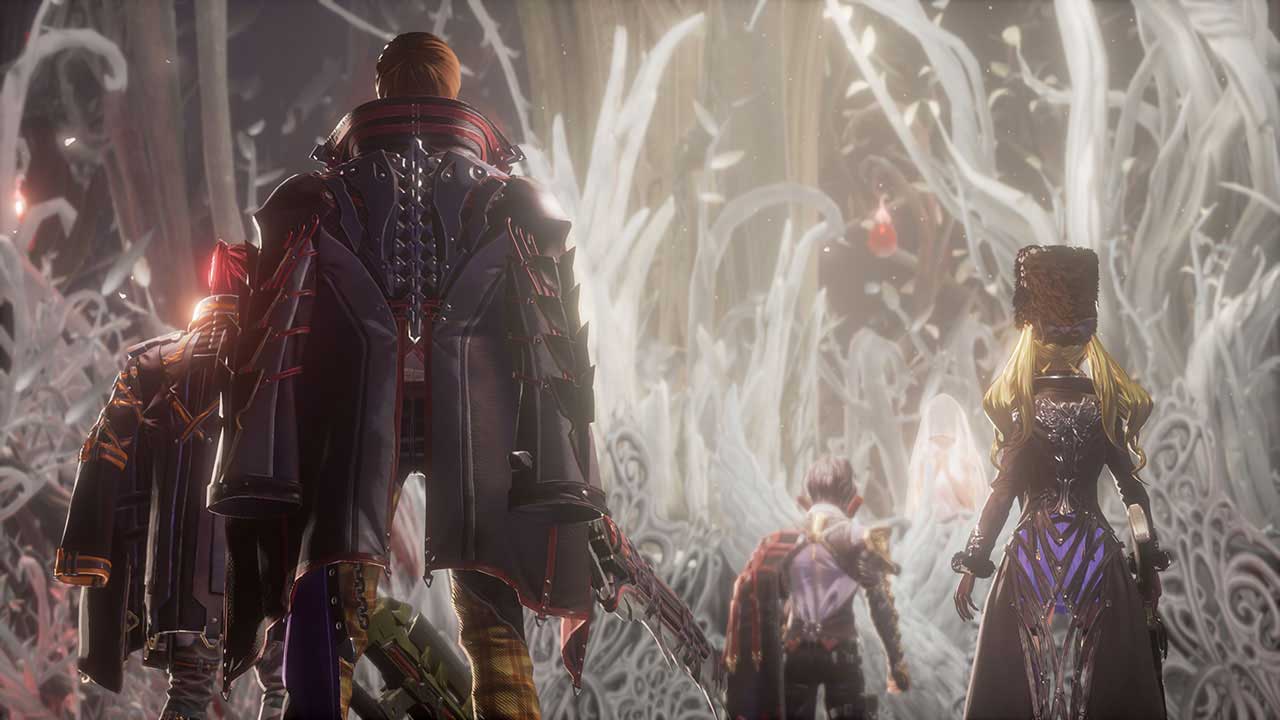 However, things are not all that great as the overall world of Code Vein is just damn boring. Linear corridors and reused assets become tiring after a while and enemies suffer from the same issue. Way too many of the same enemies are found in the same “hidden-behind-walls” locations and it just gets a little tedious. The combat is enough to carry it at times but when you have spent an hour walking through a floating citadel with no new environment changes, it gets boring.

The world lacks excitement and it all starts to look the same after a while. I then began to lose interest in the story, characters and even finding hidden pathways and items. It brings down the entire experience.

Code Vein is a fun hardcore action RPG set in a tired world. It takes you around 25 hours to finish and the excitement often spikes throughout the campaign. The boss fights are enjoyable-tough and the story is safe but the presentation of it all clouds what makes this game so great.

This Code Vein review was based on a copy of the game sent to us from Bandai Namco.