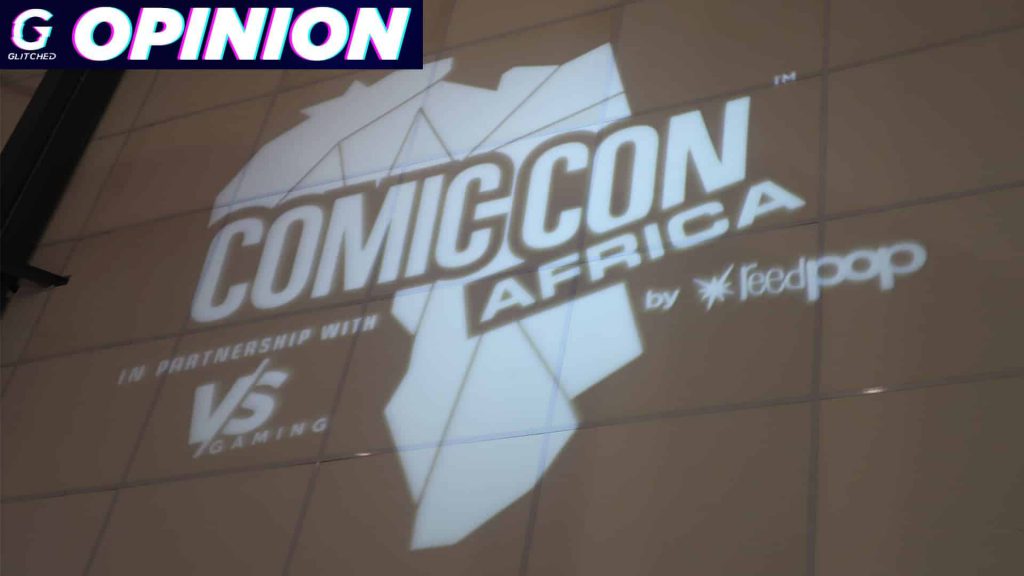 There must have been a lot of pressure on Reed Exhibitions during the organizing process for the first ever South African Comic Con. To be able to bring a Comic Con event to South African shores and make sure it lives up to the international standard was not an easy job and I respect the hard work that went into it all. Comic Con Africa was a spectacular event with one major issue, it did not know what it wanted to be. Divided into various sections at the Kyalami Grand Prix Circuit and International Convention Center, Comic Con Africa suffered a major identity crisis this past weekend. Many people saying it was rAge 0.5, rAge 2.0 and that on 5-7 October, we will be experiencing the same thing all over again when SA’s biggest gaming event kicks off at the TicketPro Dome in Northgate, Johannesburg. 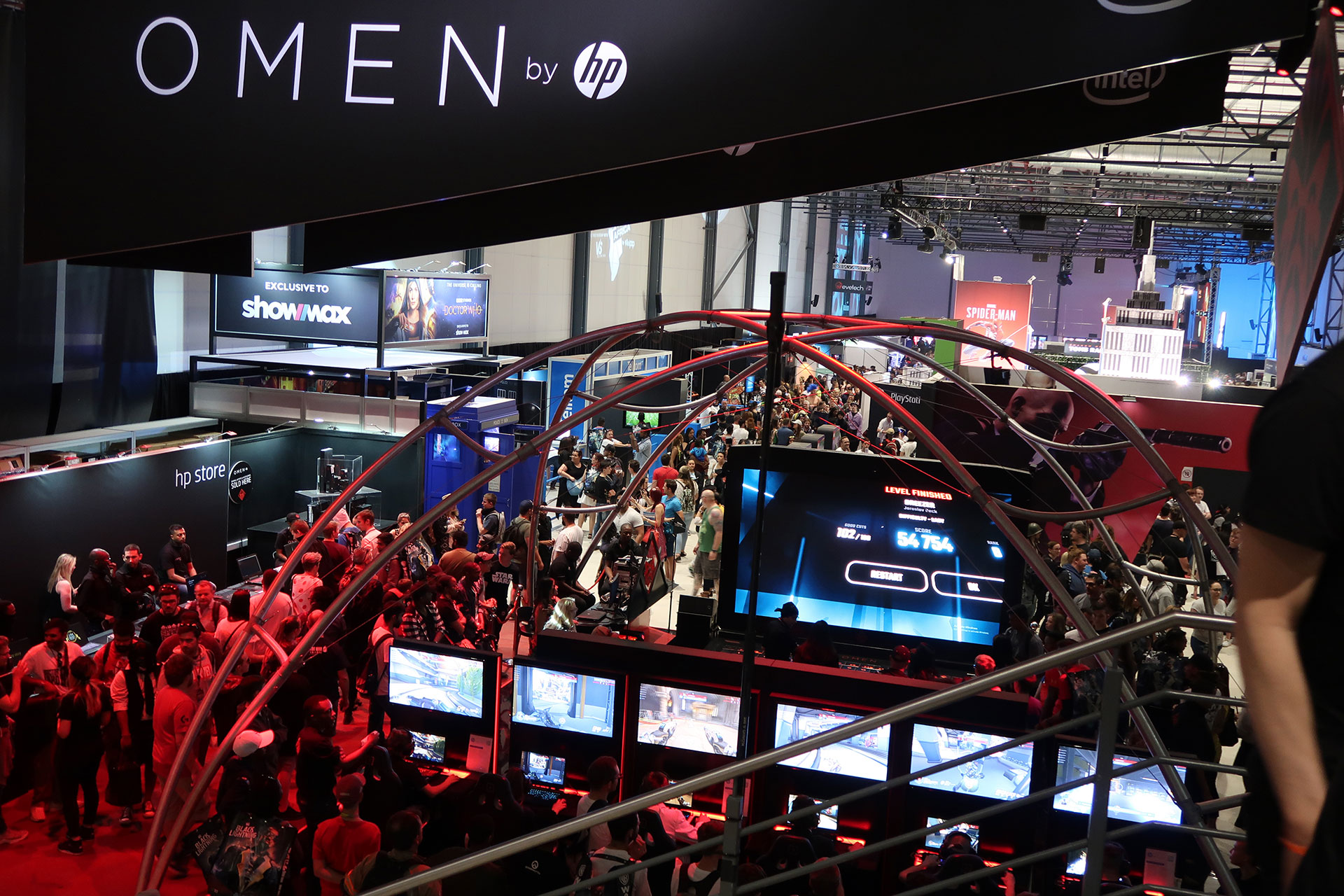 If you have ever seen a Comic Con event or got the privilege to experience on you would know that Comic Cons all around the world are a geek and comic-based event. Tens of thousands of people head to the expo to see their favourite actors, artists, comic book designers and more. It is a weekend filled with a lot of geekery and a strong lineup is key to having a successful event. While Comic Con Africa had a somewhat strong lineup it was all-around disappointing. With three major key visitors cancelling within the build-up to the event, one the day before the event, Comic Con Africa just failed to deliver that love letter to fans. Instead, what we got was a cool tech and gaming expo with the odd chance of bumping into Kevin Sussman (The Big Bang Theory), Demore Barnes (American Gods), Travis Fimmel (Vikings), or one of your favourite artists like Sean Izaakse (Champions). The “Comic Con” was just in short supply. 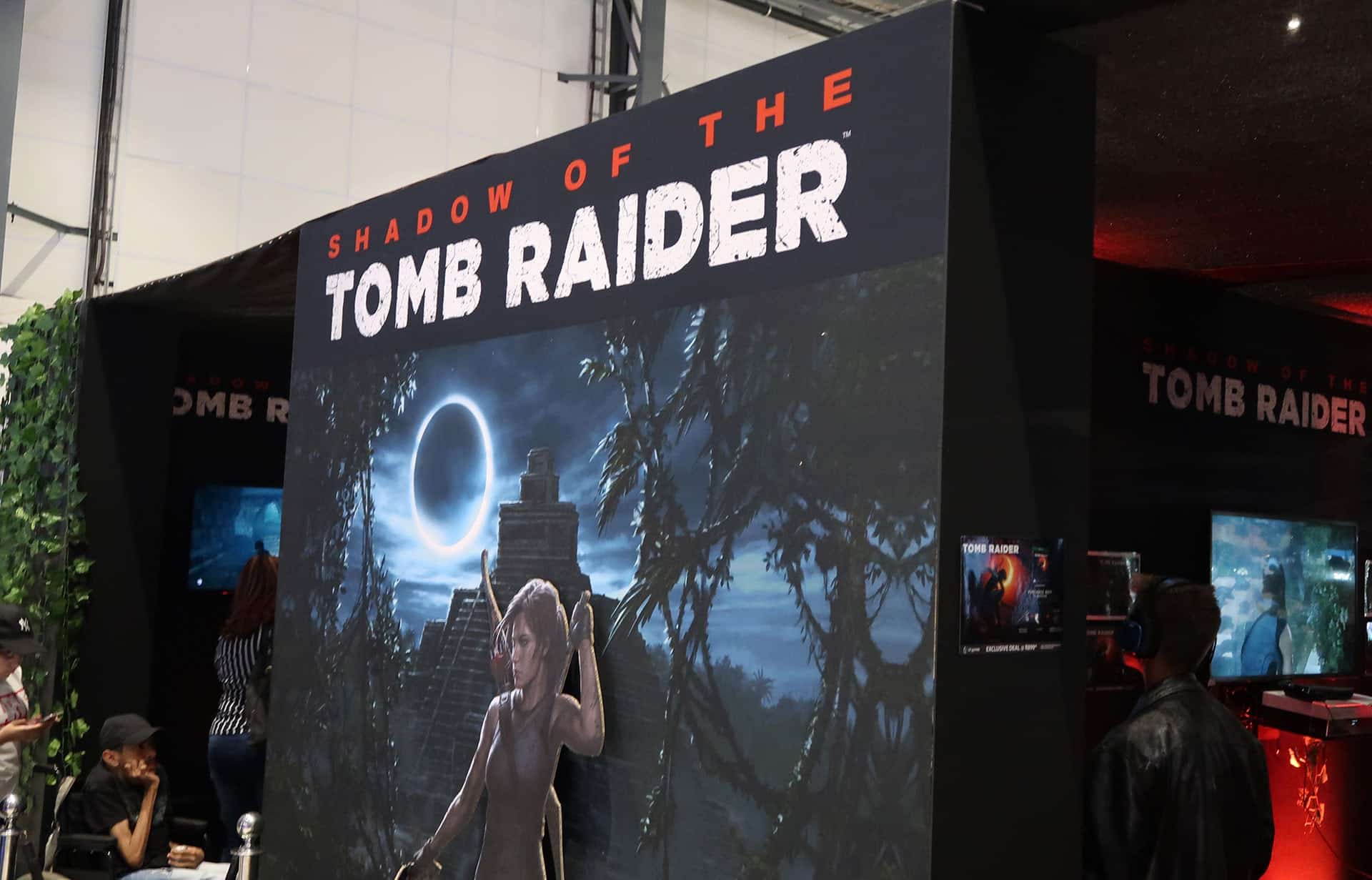 Now don’t get me wrong, it was a cool event. PlayStation had an epic Spider-Man stand, Shadow of the Tomb Raider had a giant stand, I got to play Kingdom Hearts III again and I spent an unnecessary amount of money on a headset and Comic Con Africa-exclusive Pops. Did I manage to sit in on any panels and learn about an upcoming comic book, movie, TV show or game? Unfortunately not. The gaming tournaments were not in short supply though which is a questionable decision for an event dubbed as “Comic Con Africa”.

Before you tell me I hate esports and what not, that is not the case. I even got to participate in a quick Lenovo gaming challenge where Constantine and I came eleventh on PUBG. It was cool and the energy around the expo was amazing thanks to these tournaments taking place around the halls. But I could not help but think that there are a better time and place for these to happen “cough-cough rAge”, SA’s biggest “gaming” expo. 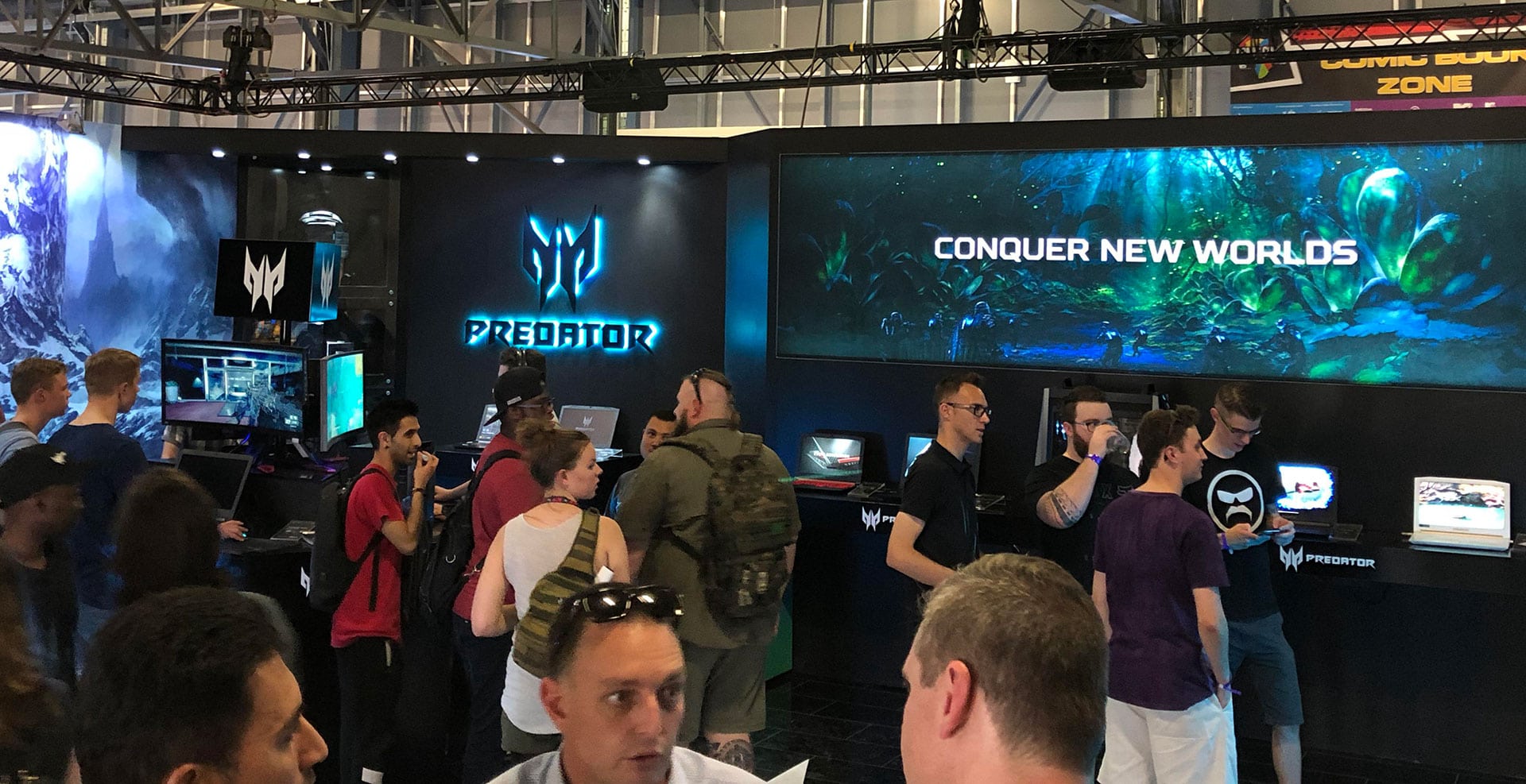 The people that attended Comic Con Africa did not disappoint. The sheer level of love and attention to detail put into every cosplay outfit was the highest standard I have seen in SA to date. The number of times I stopped talking to a friend because I saw someone walking in the hallways and I just had to a pic of them. It was insane. From the NieR twins to a Space Marine that almost knocked me clean out with his shoulders walking by, to all the Harley Quinns (there were a lot of them!). I have a great amount of respect for everyone who did their utmost best to bring their cosplay A-game to Comic Con Africa. It was you guys that made it feel less like rAge and more like what it was meant to be. 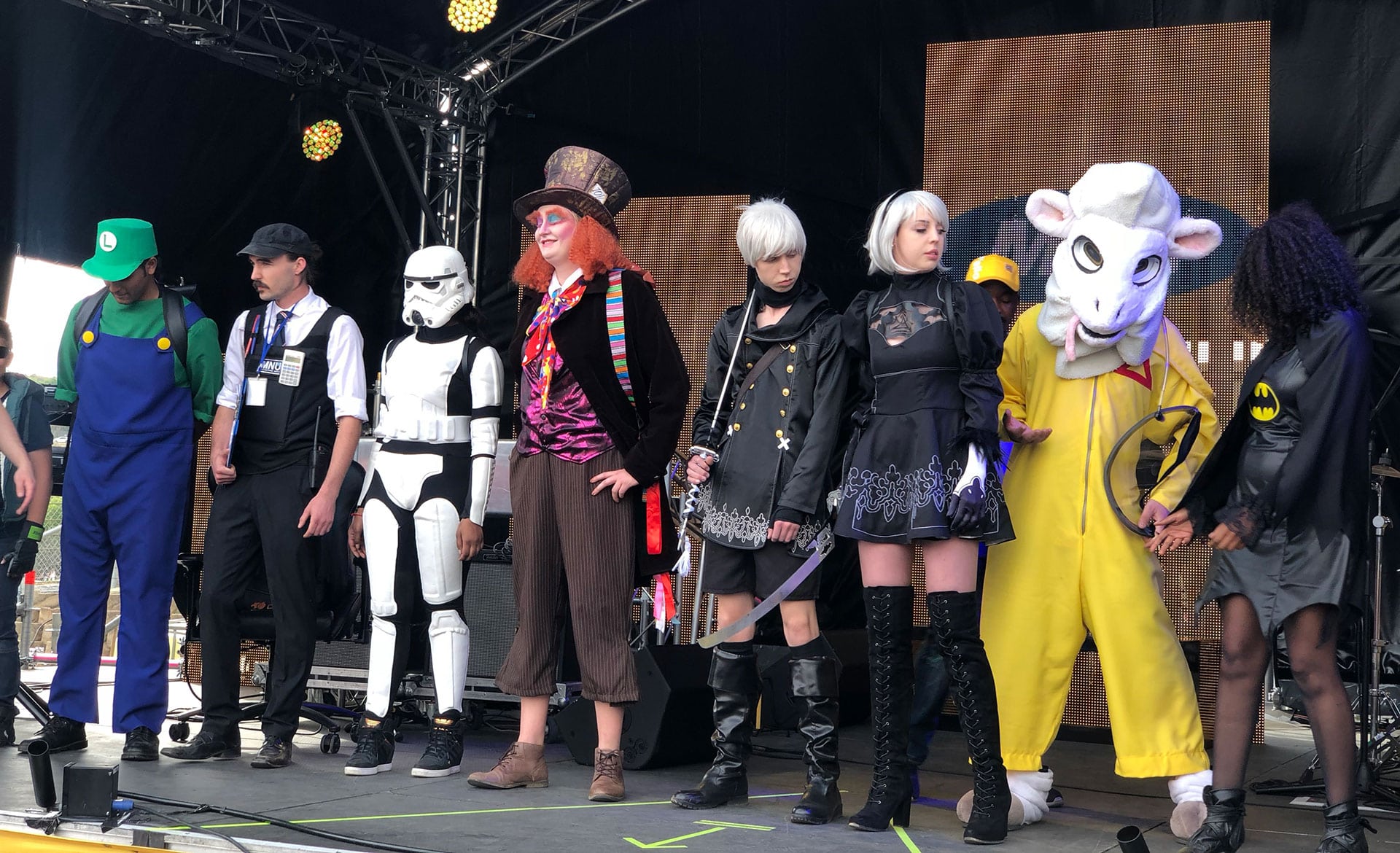 But it was not all doom and gloom this weekend as the entire show, as much as it did not succeed as a Comic Con, was a spectacle to behold. Every tech brand went all out with their stand from Acer having their best Predator stand to date (no seriously, I don’t know why it took so long), to the HP Omen stand having demon-like men walk around the halls as if they were about to sacrifice a child to the Omen gods. The food trucks were plenty and even the lines moved steadily along. The stores were packed with people splurging on comics, figurines, tech and games and if you just wanted to chill for a few you could head to the MTN stand and bob your head to some unnecessary DJs making a noise outside. There was ample to buy and experience even if it was on the other spectrum of Comic Con. 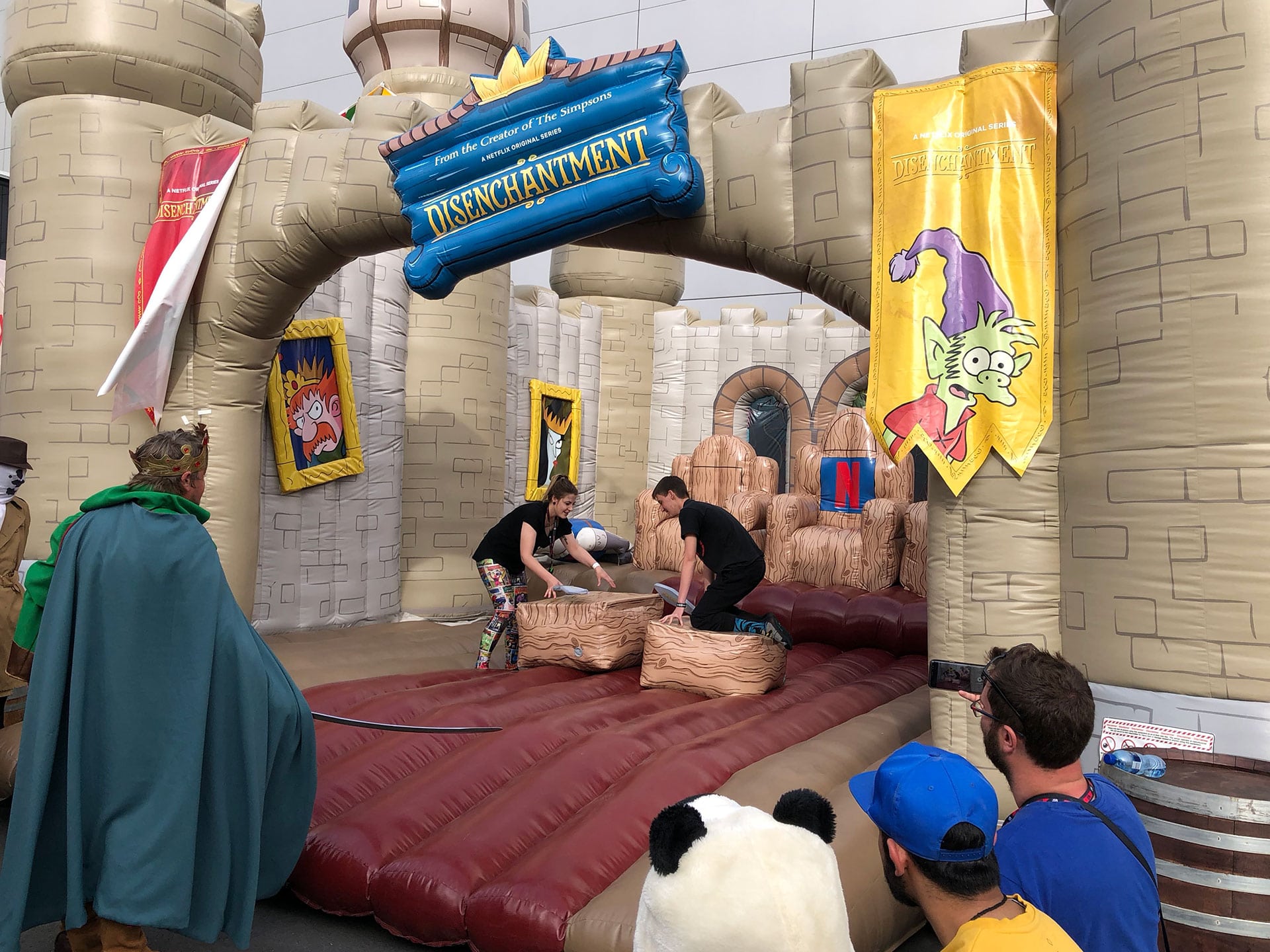 But for every positive, there is a negative. Kyalami is tiny and with around 40,000 people it was havoc at peak times. Isles were narrow causing traffic jams throughout the day. The top level of the event had no aircon and a tin roof which meant you went up there to die a slow and hot death. I could not imagine what the tech brands were going through dealing with hardware overheating.

Parking was atrocious making everyone walk at least 20-25 minutes to the venue unless you wasted R1750 on a VIP ticket. On Friday I saw a lady with two crutches having to walk to the bottom of the venue (at least 20 minutes away) on a dirt, rocky road while cars raced past her kicking up dust in her face. She was struggling and I could not help but wonder where the assisted transport carts were? I then remembered that the organizers did not have any. I know this may sound like a nit-pick but it is everyone’s worry when attending an event of this magnitude. I could just imagine the people in heavy cosplay outfits having to mission up the mountain to get to the venue. 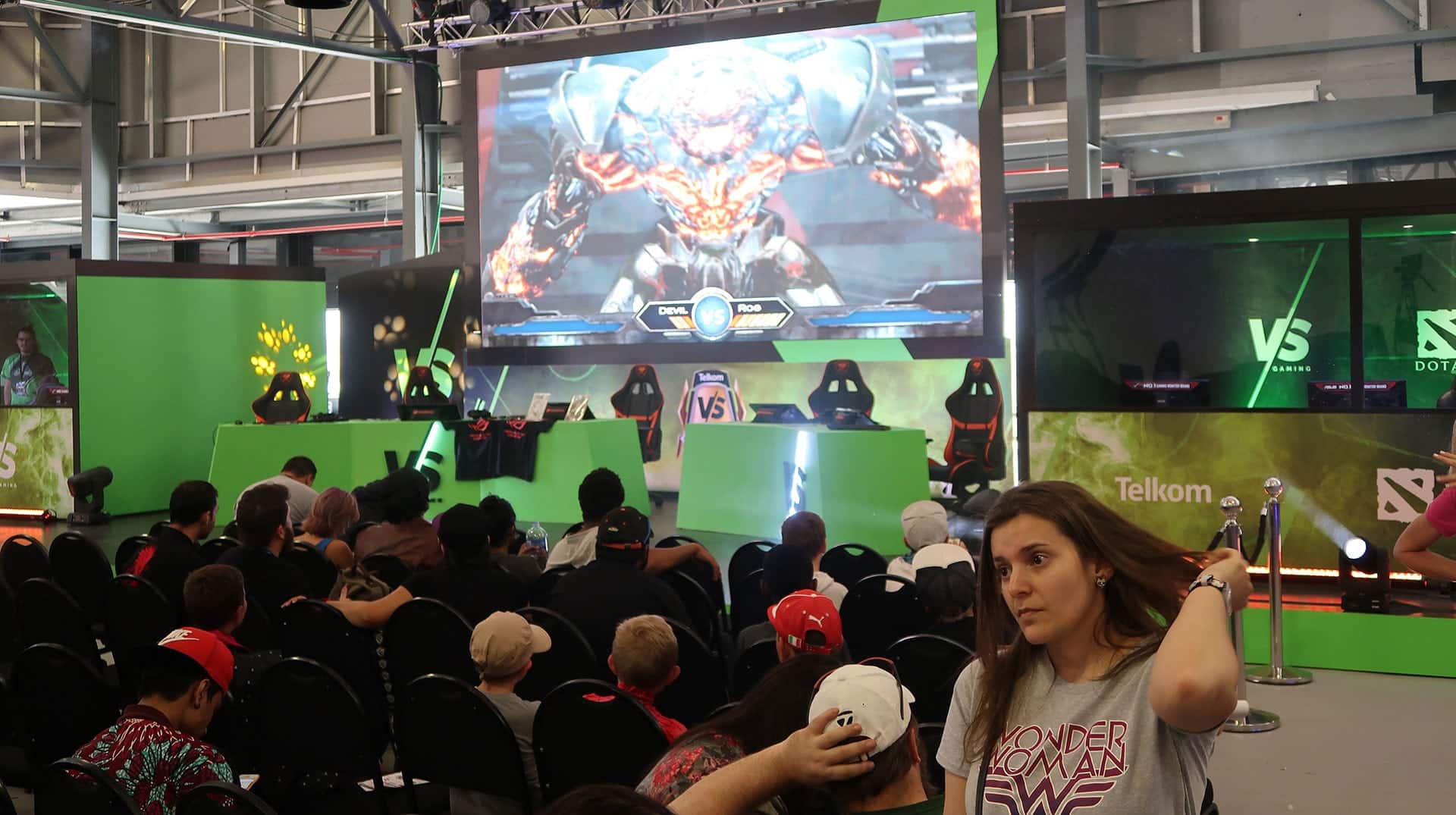 I am in two minds about Comic Con Africa. In one way I have to look at it from the point of view of us being a small market and to have a Comic Con event just being comic and geek stuff, like it is overseas, is a risky move. It would cost a lot of money and would it sell out? Reed Exhibitions deciding to go the route of creating a rAge 2.0 makes sense in this regard as it guarantees tickets get sold because if you are not there to see your cancelled guest’s poster on the wall then at least you can watch someone play games I guess. On the other hand, there is an expo that does everything Comic Con Africa did this weekend, and it does it well. Why we needed two is a mystery and everyone is asking the same question. 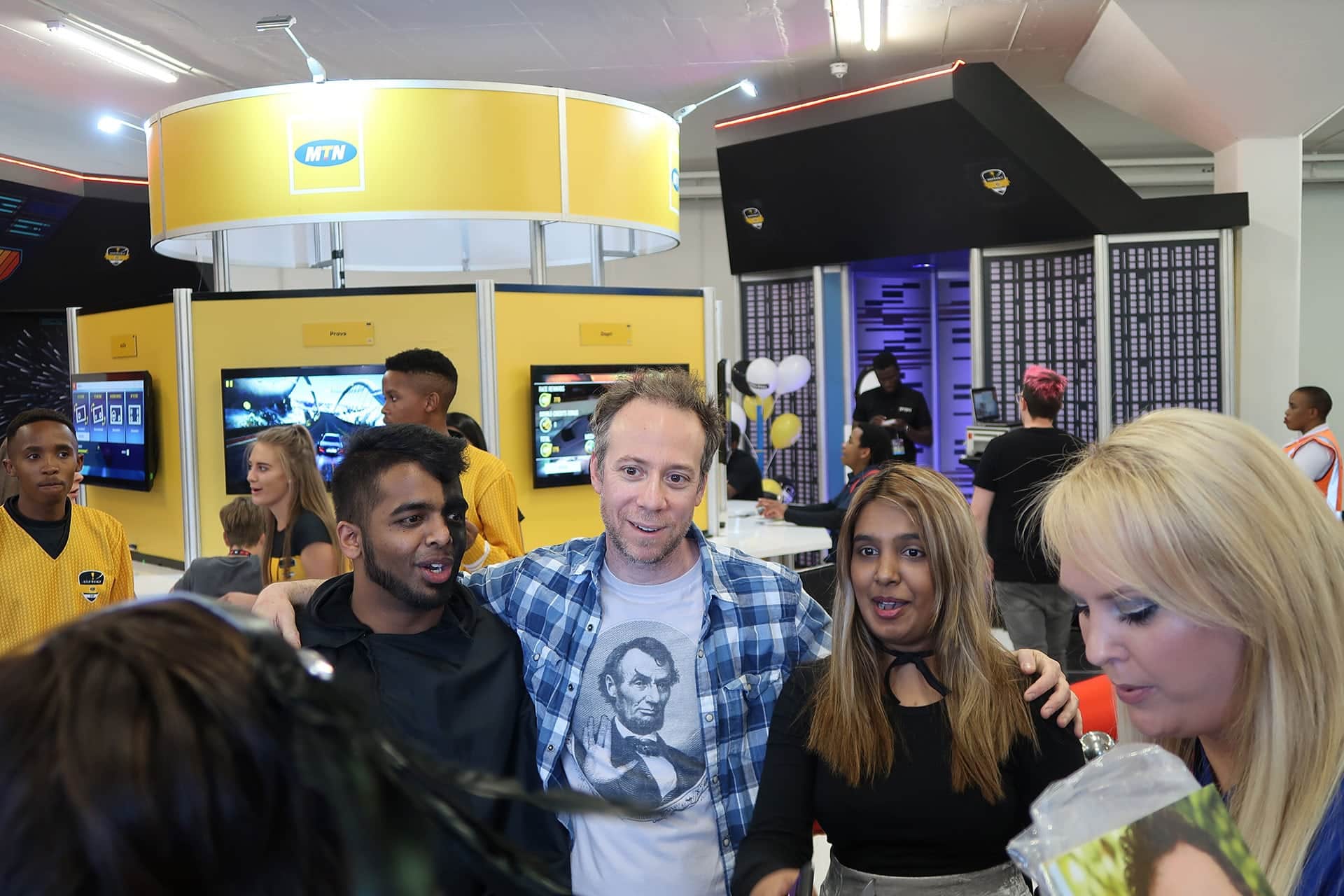 Comic Con Africa’s biggest downfall has to be the shoddy [retracted] lacklustre lineup of guests compared to what they promised at the reveal. This made the event look more like a gaming and tech expo than anything else. It has been confirmed that the event will take place again next year and all I hope is that they nail down some talent and don’t have as many cancellations as they did this year. I don’t know if they are aware but guests are vital to having a successful Comic Con event, the games, esports and tech….not so much.

Did you attend Comic Con Africa? What did you think of it? Let us know below.