Advertisement
Concrete Genie Review – Paint Me Like a French Genie 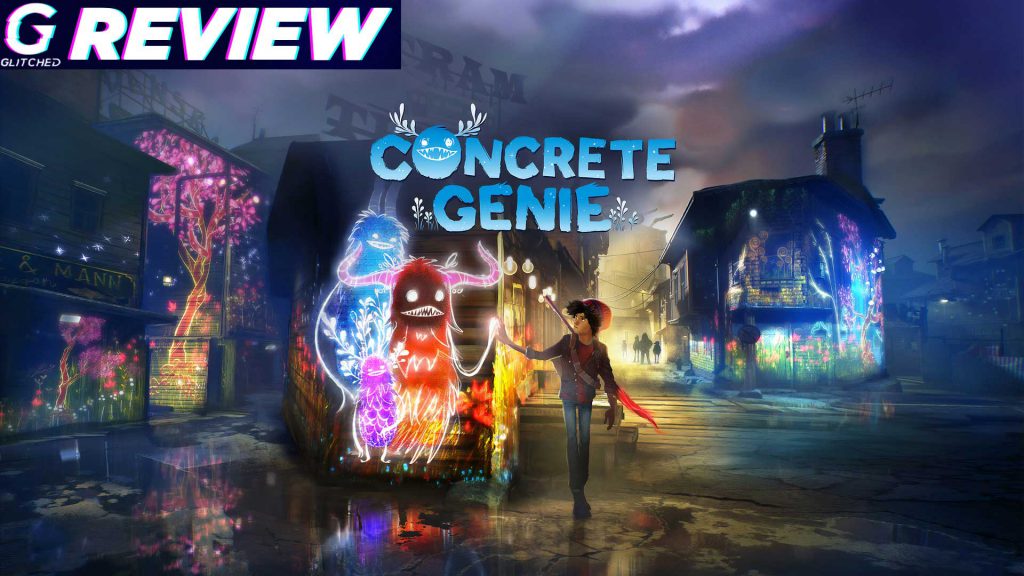 There were often times where I was left in awe during my time with Concrete Genie. It relies on a simple story that plays into undertones of depression, global climate change and of course, childhood bullying. The game is set in the town of Denksa which has been abandoned and polluted. During the game, you learn more about this town and how it became to be in the state it is in. The way the game unfolds is truly magical as newspaper articles and tidbits of backstory portray the once-thriving town as a place anyone would like to grow up in.

The game follows Ash, a shy young boy that has been emotionally afflicted by the town’s ultimate downfall and often thinks about the memories he once shared with his family in specific locations of the town. Ash is an artist and draws doodles in his notebook. After an unfortunate incident with the town bullies, Ash loses all the pages of his book and sets off to track them down.

Call if having a wild imagination or just Ash being on a crazy pill but his creatures, specifically Luna come to life to aid him in his grand adventure thanks to the help of a magical paintbrush that brings anything he draws to life. 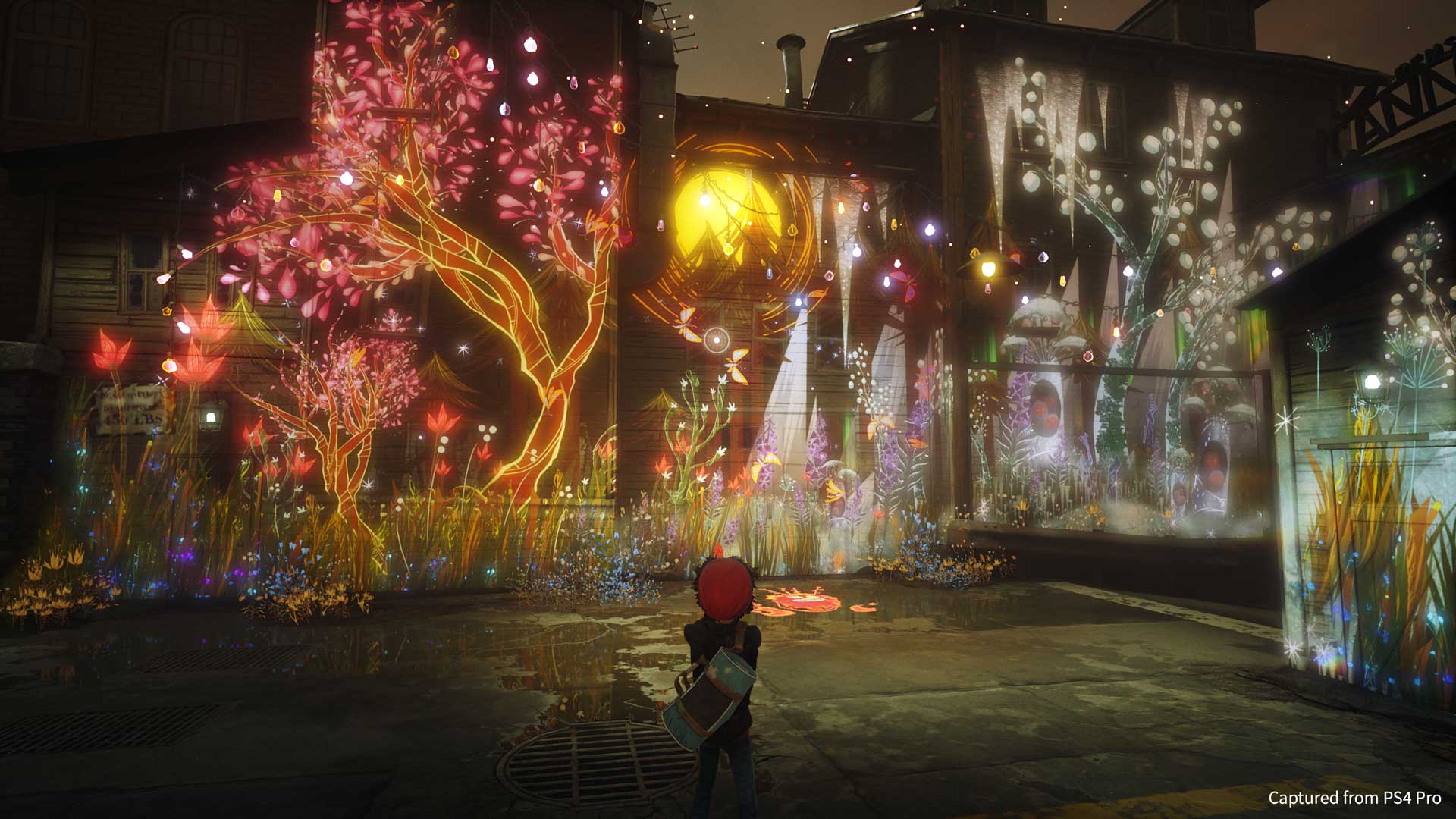 Ash takes it upon himself to use this new power he has found to paint life back into the dark and dreary town of Denska and throughout Concrete Genie, he evolves not only as a person but his artistic approach changes due to the new art forms he obtains.

Thanks to Ash’s encounter with the disturbed bullies, his notebook is now empty and every page you find is a new design for the masses of art you draw and paint in the game. The “Genie” aspect of the game takes the form of creatures that you can create at specific points that aid Ash in his adventure. 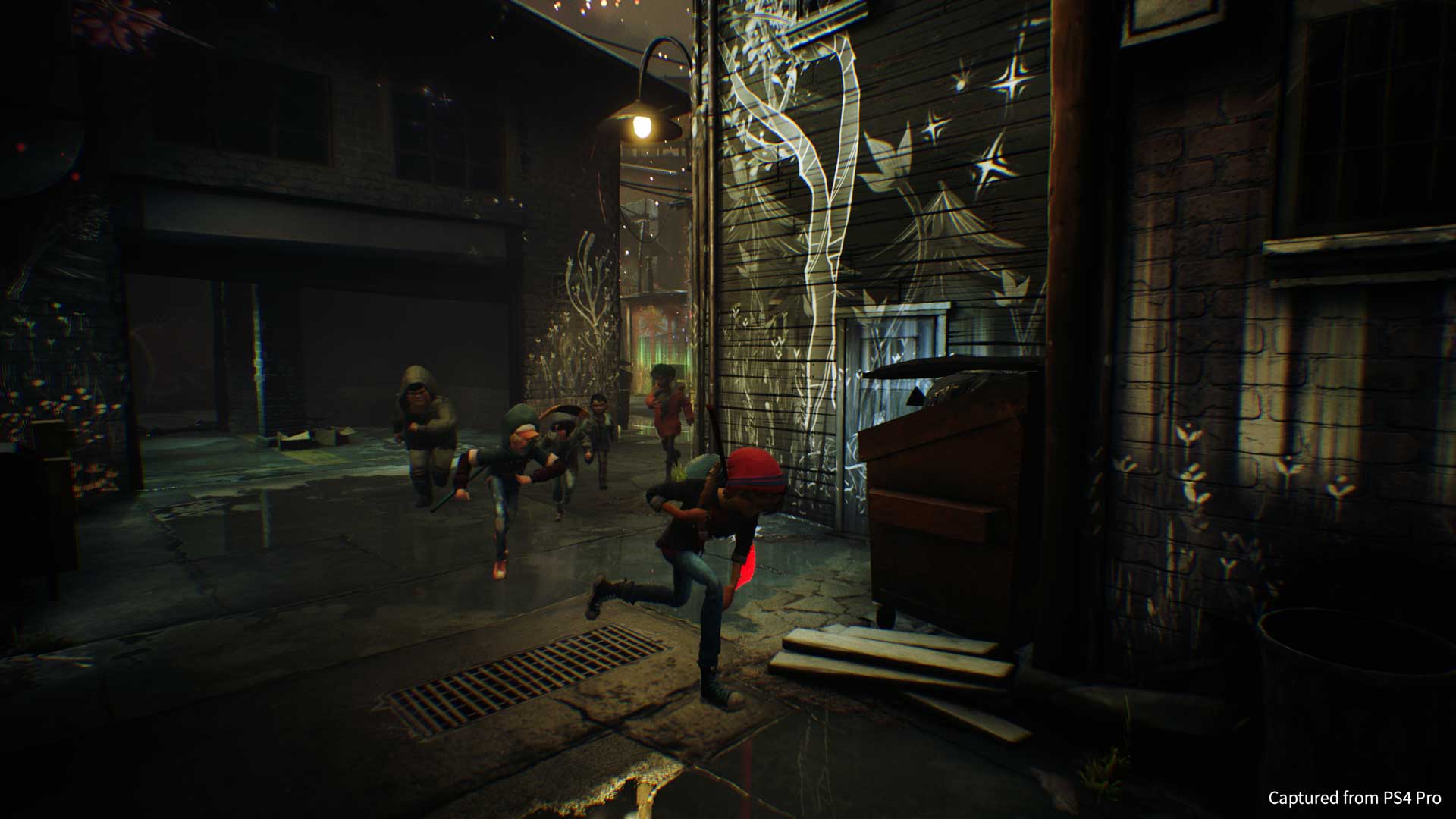 From the surface, Concrete Genie looks like a painting simulator but it is so much more than that. The goal of the game is to light up bulbs scattered around the town by painting near the wall where they are situated. This involves you solving puzzles to get to higher locations and into rooms previously-locked by obstacles, avoiding the town bullies that are constantly chasing Ash and bringing creations to life as you expand on the designs available to the player.

Every page you collect fits into a category of the “Zone” you are painting. Each page in the book has a specific style from the first forest collection to the ice and even underwater. Every object fits into the look and feel of the section and you can go wild on a wall by painting as much as your heart desires. Placing down a waterfall, some seaweed and some dragonflies gave one wall a swamp look. Dropping some seeds that grew towering trees, painting a fireplace and some stars in the sky brought my forest creation to life. The possibilities are endless with a wide range of things to paint thanks to the various designs at your disposal.

I went into an area with a mere two designs and as I explore the new zone I found more things to paint thanks to pages you collect that float around the area and more walls to cover with new sparkling designs. At times I would find a broken painting and use the designs I had to bring life back into it. Copying the design I would paint a rainbow, mushrooms and a few stars and it would unlock collectables like artwork and concept art. The best part about this is the fact that a lot of Concrete Genie is optional but the sheer joy you will get while painting and bringing the world to life around you is addictive so you will find yourself doing more than just the objective.

Ash’s Genies all play a vital role in the game’s mechanics as they are attached to the wall you create them on and I had to use their special abilities to overcome challenges. You can draw these Genies as freely as you wish using preset body parts including tails, ears and even the body shape. Once they come to life, they will stay with you throughout the game and accompany Ash throughout the adventure. 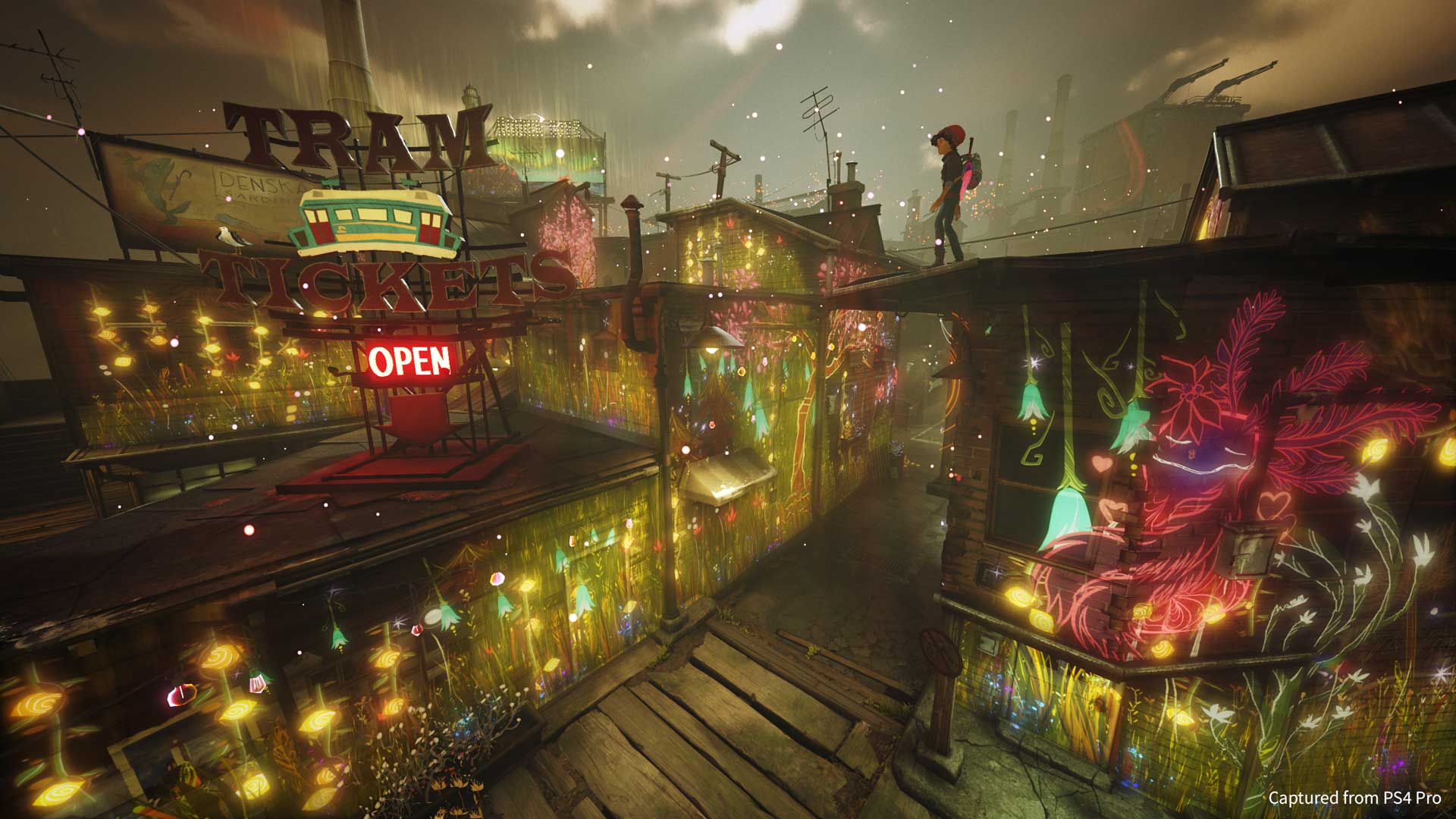 These Genies are also Ash’s key to progression as they help him solve puzzles. The red Genie can breathe fire to burn objects; the yellow Genie is electricity and can turn on cranes and even be used as a link between wires; the blue Genie can then blow objects across the area and act as a movement option for Ash.

The puzzles are not extremely hard at all but they are a nice break from the constant painting you undertake in the game. The most challenging part for me was discovering how to call your Genies over to your location which I completely missed during the tutorial. 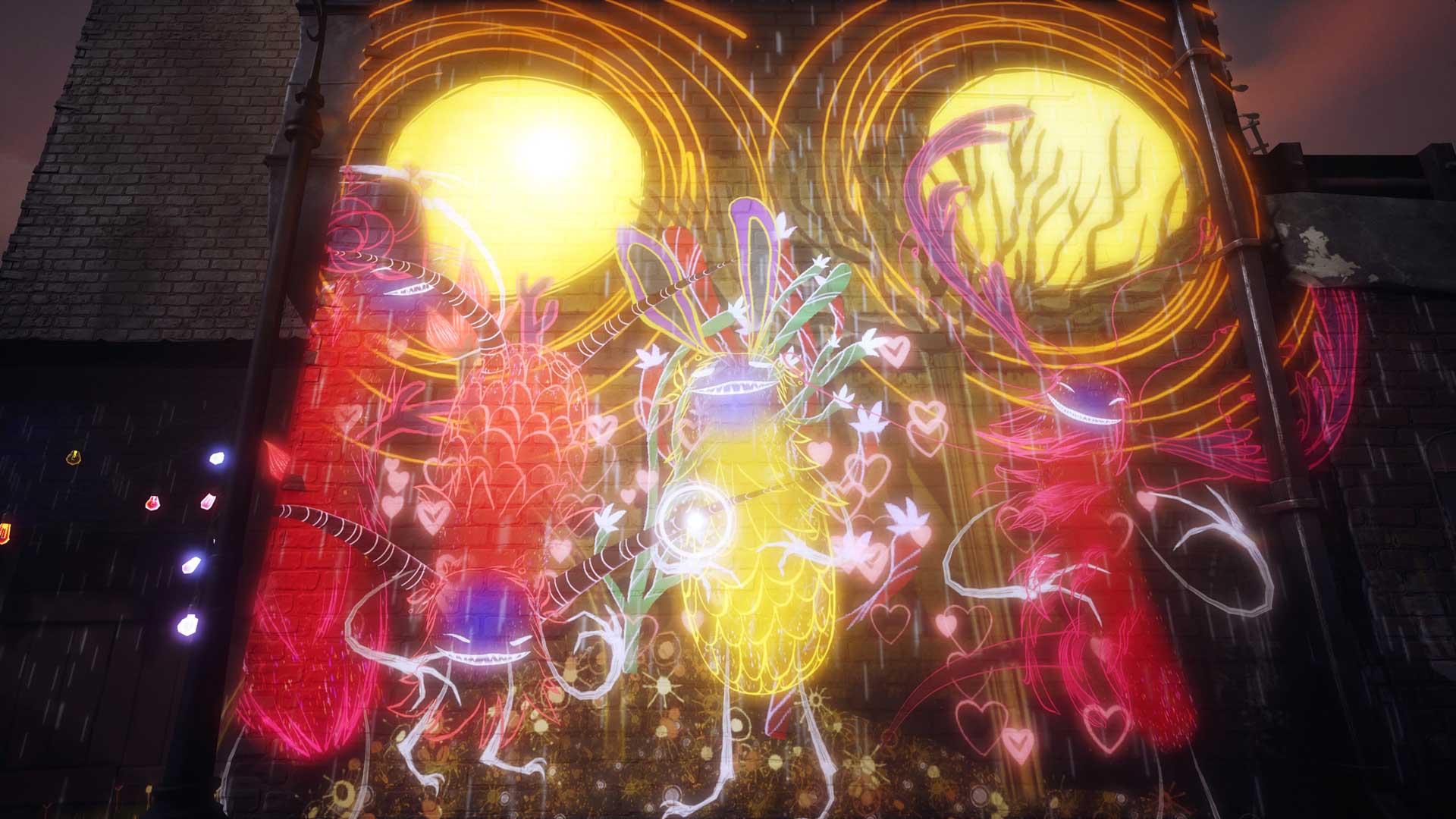 The Genies also offer unique painting puzzles where they will request a specific design be drawn on a wall. I had to copy these designs one for one and unlock concept art for doing so.

Throughout the game, Ash comes into contact with these town bullies that are really a set of nasty children. However, you learn why they are so off-putting and slowly the entire game’s message is just about sharing happiness and overcoming childhood pressure. These bullies often get in the way as Ash can’t let them see him and they tend to vandalize his work too. A simple repaint over damaged art fixes the problem.

Concrete Genie is extremely satisfying to play. You use the motion controllers on the DualShock 4 to move your paintbrush around and the R2 button to paint. Flicks of the controller result in a satisfying quick draw of whatever object you are trying to paint and dragging it across the wall will copy certain designs. Each design has a specific way to paint it and a few hours into the game I mastered them all. I was always surprised to see how my creations came to life by simply just painting a couple of things on a wall. The overall art style means everything is bright and beautiful. 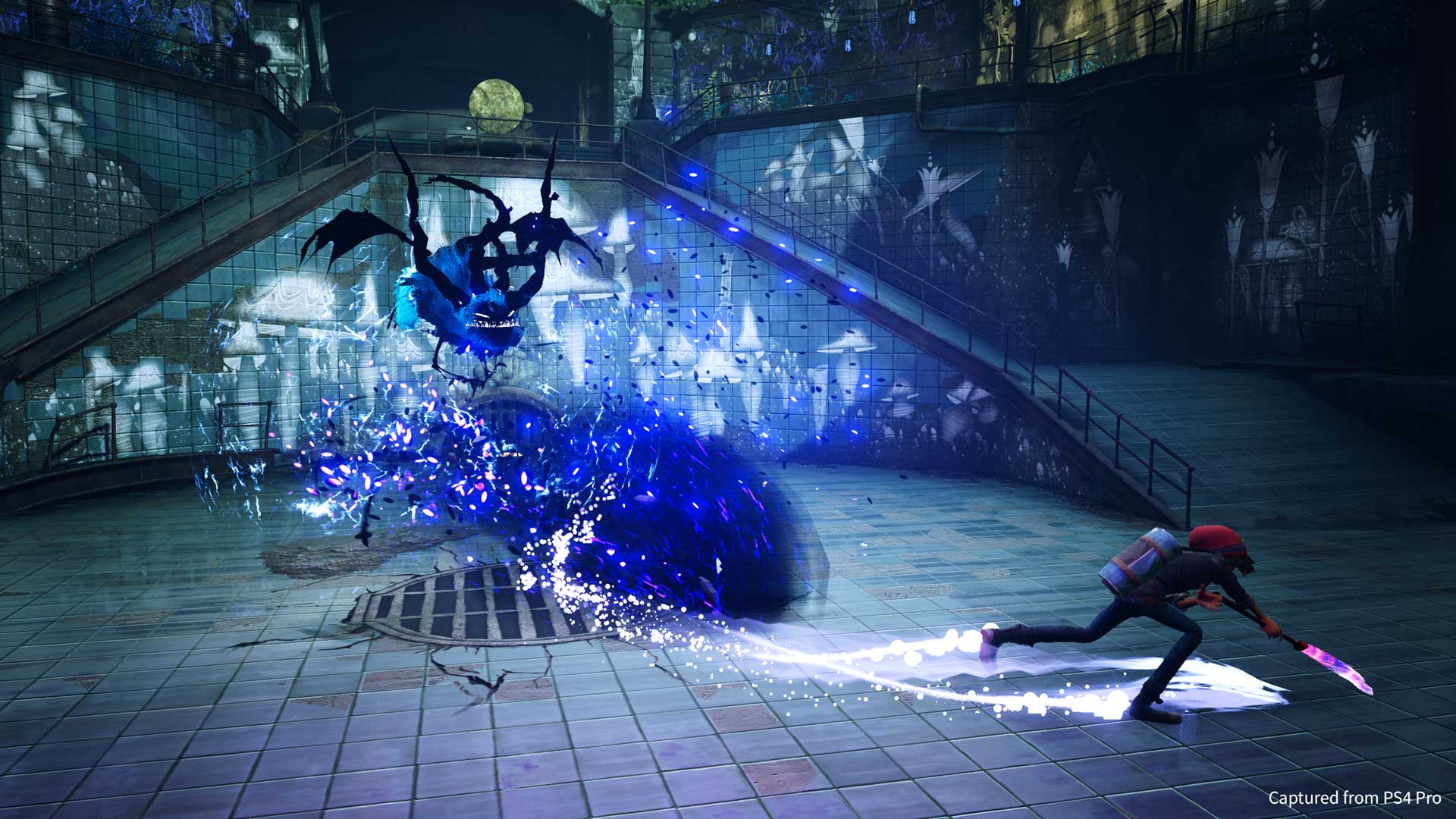 Later in the game, Ash unlocks new combat abilities he needs to use in order to fight the darkness that comes to life in the town. The combat is simple and relies on you “Paint Skating” around the area and using red, blue and yellow attacks on enemies but it is a fulfilling experience given that up to a point, you just think you are going to spend the whole game painting. You then can “heal” these enemies and turn them back into friendly Genies by sneaking closer to them while they are calm. It’s a great break from the painting and a fun way to spend your time.

Concrete Genie is not without its flaws. As much as I tried to embrace the bullies, they came across annoying and extremely cliche. Sort of like a bunch of kids from a low-budget Hollywood film where shallow characters were the only thing they could afford to write up. I get it, they are all disturbed kids but they are all annoying and one dimensional. I would have loved to see them expanded on a bit more than them just writing “Ash the trash” on a wall. 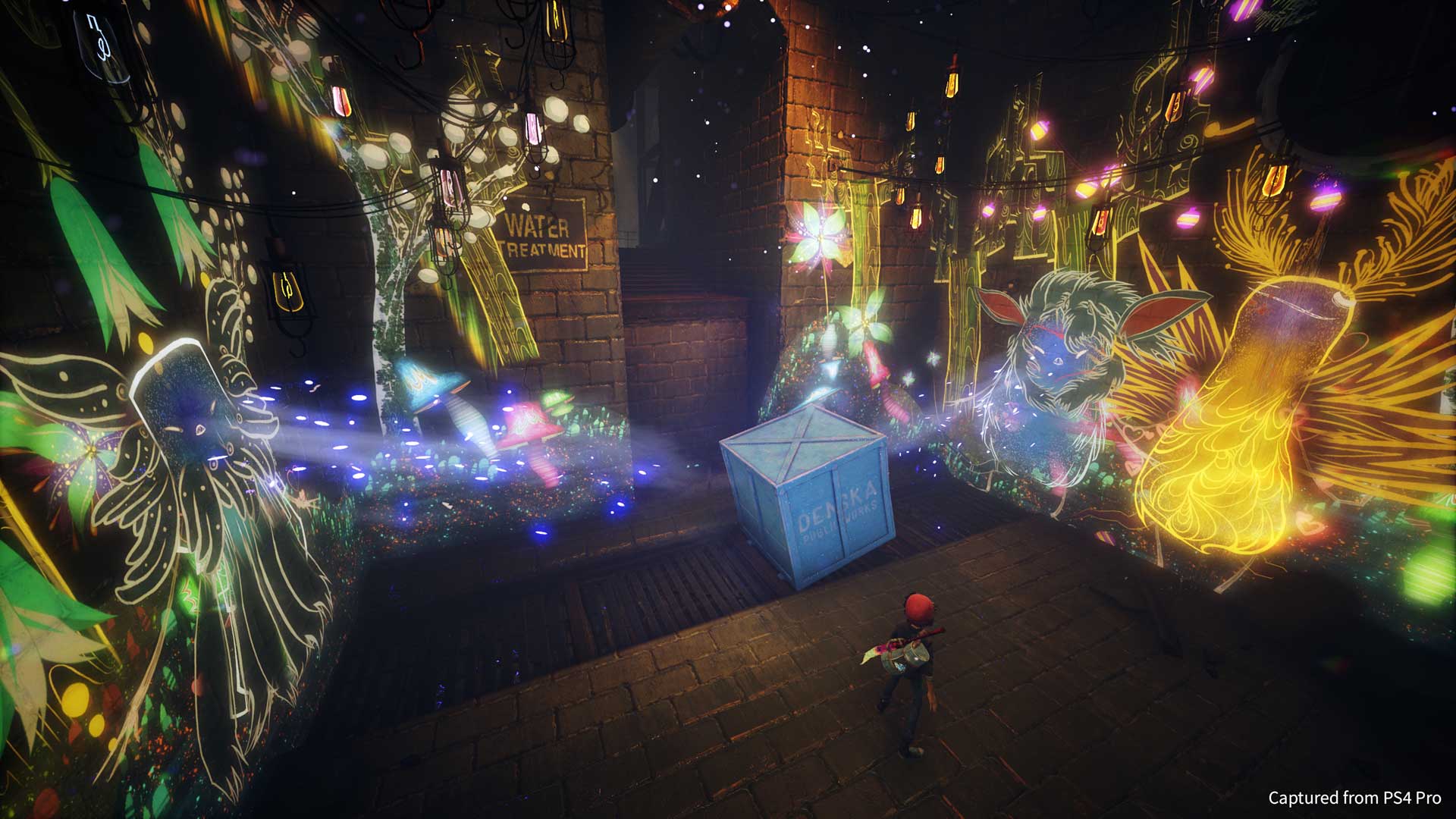 The game lasts around 6-7 hours depending on how much you love painting everything in sight and after that, you can head into a free paint mode to take all the designs you have unlocked and drawn a masterpiece. There’s also a load of collectables to find and puzzles to solve which gives the game that extra life.

Concrete Genie also features a VR mode where a player can use the Motion Controllers and enter two games modes. One is a 2D free paint mode where you can paint anything you wish across some preset locations. The other is a 3D painting mode where you get to create a 3-dimensional landscape for Splotch. It is a load of fun to do and looks great on the headset.

Concrete Genie is a short but sweet adventure. Its painting features are easy to master and extremely fun to use and there was nothing more satisfying than bringing the town of Denska back to life one district at a time. Do I wish it was a little bit longer? Yes, but the time I spent with the game was enjoyable and I will most likely go back and collect all the other goodies and paint every single wall available.

This Concrete Genie review was based on a copy of the game sent to us by PlayStation.