Remedy’s Control puts you in the boots of Jesse Faden, who has been haunted by a supernatural event that took place in her home town of Ordinary 17 years ago. She finds the headquarters of the clandestine Federal Bureau of Control, a building called The Oldest House. Jesse has one goal in mind and knows that the Federal Bureau of Control was present during the supernatural event that took place all those years ago.

As Jesse enters the building, things get absolutely crazy. She meets a creepy janitor that looks like he’s been pulled from an episode of the Twilight Zone. Then, she suddenly becomes the Director of the Federal Bureau of Control after a strange ritual and has to fight a supernatural force called the Hiss. If this all sounds a bit confusing to you, then you are not alone. For me, this initial confusion pushed me forward as I wanted to explore every little detail and unearth the game’s lore. It was an enticing beginning to what I feel is Remedy’s best work yet.

Take a look at our full video review

For those of you who don’t want to read through a whole review, you can check out our video review below, featuring spoiler-free gameplay. Not to mention that the game looks much better in motion.

The best way to describe Control’s story is that it is a mix of X-Files, Twilight Zone and Stranger Things all thrown into a melting pot to create something truly intriguing and memorable. Control was the first game that I’ve read every piece of lore found throughout the game, from redacted documents to correspondence between the agency employees, watching research videos on the Astral Plane, Objects of Power and more.

This brings us to the game’s combat and character progression. You will be using Jesse’s service weapon throughout the game and it also happens to be the first Object of Power you acquire. The service weapon has a handful of forms that you unlock through the story and those can be upgraded by adding mods that, for example, increase damage when your health is low. Forms include Scatter, which acts like a shotgun, Spin, which acts as a submachinegun, Pierce, which delivers high damage, armour-piercing shots and a couple of others I don’t want to spoil for you, as discovering each form is a joy on its own.

When you combine the abilities and weapon forms together, it makes for some extremely intense and surprisingly deep combat.

Remedy definitely went with a less-is-more approach when it comes to both the game’s weapon forms and abilities. You only have a handful of telekinetic abilities at your disposal, from the ability to throw objects at enemies to taking control of an enemy for a period of time and more. When you combine the abilities and weapon forms together, it makes for some extremely intense and surprisingly deep combat.

Control doesn’t hold your hand as it is a challenging experience which asks you to learn its mechanics and find the finer details of the story on your own. You have to keep moving to avoid damage, combine telekinetic abilities and weapon forms to take down enemies and really focus on what you are doing. For example, some enemies have eerie red shields around them making your bullets ineffective. 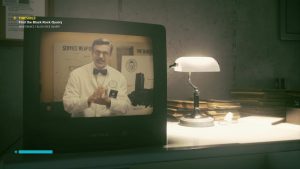 You need to throw objects to break these shields while watching your energy meter so you still have enough to dodge attacks. Then, you have flying enemies who dodge your throws, invisible enemies and a whole lot more that are so frightening to walk in to for the first time. I died quite a few times when facing a new enemy and when it comes to boss fights, they all offer something unique and challenging to overcome. 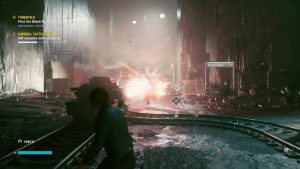 The same goes for the game’s puzzles, which aren’t all too difficult but if you aren’t paying attention to the game’s brilliant environmental storytelling, pieces of lore found throughout the agency’s headquarters and more, you might get stuck for quite a while on a puzzle. In many games, these feel like an unwanted chore for me, but with Control, every new one furthered the story in an interesting way and I never felt frustrated by them. Sometimes, it forces you to read up on some lore, but that’s part of what makes Control such a great experience, the light investigative work thrown in with the action. 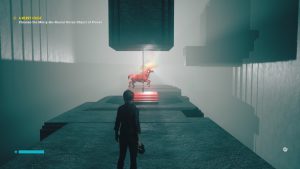 Everything in Control is just so well-paced, from discovering more abilities by finding Objects of Power and learning how to use them in the Astral Plane, to the mysterious and intriguing supernatural horror Sci-Fi story that kept me on the edge of my seat and the exhilarating and challenging combat.

Not to mention the game’s environmental storytelling and gorgeous graphics that just oozes atmosphere. Speaking of graphics, the game doesn’t have HDR support but it still looks great. It is also locked at 30FPS and on the PS4 Pro, it was a smooth experience. 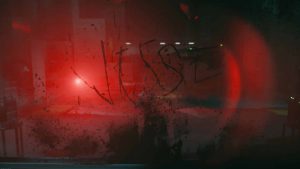 As you progress through the game, one of the most awesome effects you will ever see in any game takes place as you take over Control Points, as the environment opens up and changes. Every single one of them is a joy to watch and I couldn’t wait to get to the next point and dive deeper into the massive building. 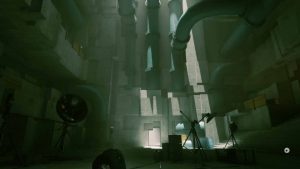 However, Control isn’t perfect as the game does have a few minor issues. Enemies respawn a bit too quickly for my liking and if you die, which you definitely will, you have to fight through waves of enemies again. Thankfully, the game’s combat is so enjoyable that it didn’t really matter for me.

Then, I also ran into a few bugs and at one stage, Jesse had a box around her body after a fight and I couldn’t get it off for 20 minutes. These issues, thankfully, don’t break the game and they are few and far between, as I only experienced three bugs in roughly 20 hours of play. 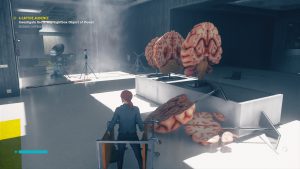 When you combine the abilities and weapon forms together, it makes for some extremely intense and surprisingly deep combat.

The game also features some RPG elements as you gain more ability points from completing quests to increase Jesse’s power, from more health and energy to more interesting mechanics such as the ability to use your telekinetic powers to grab rockets mid-air and throw them back at the enemy. Then, you can upgrade your character further with personal mods and upgrade your service weapon by collecting enough essence and rare materials from enemies and the environment.

This all combines to deliver a gameplay experience that I just didn’t want to put down. The only real boring parts of the game are some side quests, for example, having to throw barrels into a furnace. However, even these tasks further the story in a way, so they are well worth the effort. Then, you also have challenges to complete called Board Countermeasures, for example killing 50 enemies without dying, which you can pick up at any Control Point. 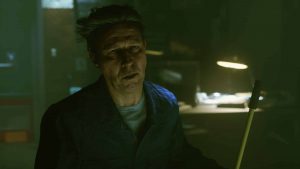 There is a bit of backtracking in Control as well, as you gain Clearance Levels throughout the game, opening up more doors to the player. Sidequests also send you back to the same area at times, but it all delivers that sense of exploration and intrigue as you head into a section of an area that was previously not accessible to you. These areas then hold more lore to uncover and more creepy things to find, making backtracking to areas an enjoyable experience.

In the end, Control delivers a brilliant story that kept me on the edge of my seat for roughly 20 hours. The story pacing is simply fantastic and for every bit of combat and puzzle-solving, there are new mysteries to uncover through environmental storytelling and collectables. Combined with the fantastic story is the combat and movement that feel so incredibly smooth and responsive, making it a near-perfect all-around experience that looks and feels great.

I did run into a few technical issues, but those were rare in my playthrough. Enemies felt like they respawned a bit too quickly for my liking as the game is hard and you will die, but with combat as satisfying as that of Control, I didn’t really mind all that much. Control, for me, is the sleeper hit of 2019.

This Control game review was based on a code sent to us by 505 Games.