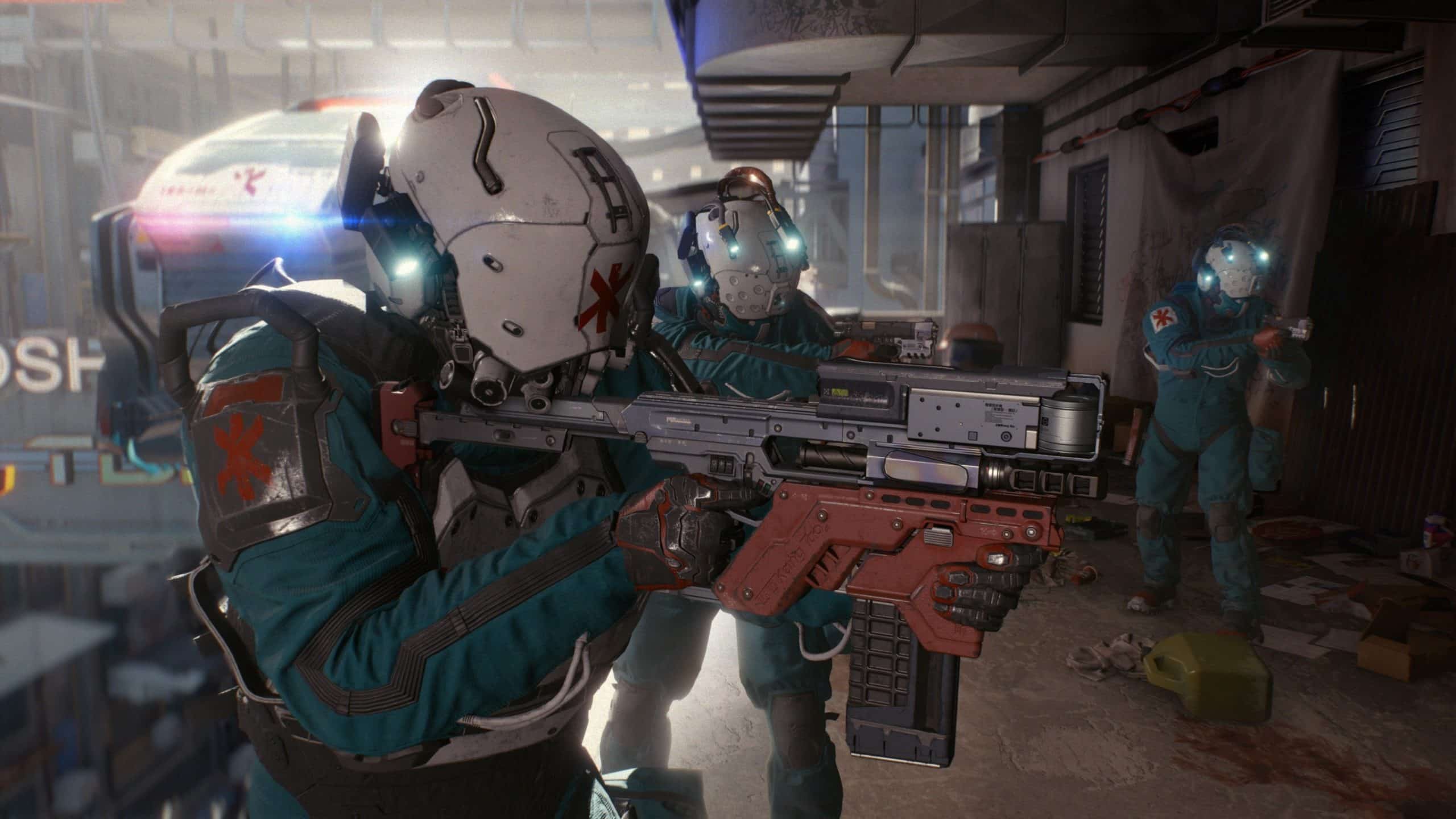 Cyberpunk 2077 Getting a Comic Book Series Tie-in Before Launch

Cyberpunk 2077 will be getting a comic book series release that will tie into the game before it launches in November 2020. The series will be put together by none other than Dark Horse Comics and be called Cyberpunk 2077: Trauma Team. According to the listing, the series will be about an assistant emergency medical technician on a failed rescue mission in Night City.

[perfectpullquote align=”full” bordertop=”false” cite=”” link=”” color=”#E4FF00″ class=”” size=”21″]”Nadia, an assistant EMT for a privately-owned business known as Trauma Team International, is the sole survivor of a failed rescue mission turned shootout. After she agrees to continue work for an upcoming extraction mission, Nadia and her new team find themselves in an even more dangerous and life-threatening situation.”[/perfectpullquote]

Here’s a look at the issue one cover;

The above listing is just for the first issue of the series. We don’t know how many issues will release in the comic book series. Furthermore, the team behind the series is Cullen Bunn who wrote Dark Horse Comic’s Harrow County and Marvel’s Uncanny X-Men back in 2016. In addition, illustrator Miguel Valderrama is on board too. He illustrated Giants.

The listing claims the Cyberpunk 2077: Trauma Team comic book series will launch in September 2020 with the first issue being 32 pages long. The release date was no doubt put in place before the game’s delay into November. If you are interested in checking this series out, make sure you find out if your local comic book store will be getting it in closer to the time. With that being said, luckily with the game’s delay, South Africans have a few months to track them down and read them before the game’s launch on 19 November 2020.

Make sure you stay around tomorrow for the special Night City Wire stream where CD Projekt Red will showcase more Cyberpunk 2077 gameplay.