Finding a decent video game for your kids can be a challenge. Often, while these games are colourful and have loads of personality, the gameplay falls short and fails to provide anything worth remembering. The same can’t be said for DC Super Hero Girls Teen Power as it is actually a decent game for kids. Not only does it pack some colourful characters that your kids will recognize but it also managed to develop on its gameplay making it a worthwhile investment for your children.

As the name suggests, DC Super Hero Girls Teen Power is an action-adventure game based on the female DC cast. It follows the teenage version of Wonder Woman, Batgirl, Supergirl and others on various adventures through the DC world. When evil robots attack the world, this band of loud and excited superheroes get together to try and stop them. Along the way, I faced a range of DC villains including Harley Quinn and Cat Woman. However, these villains also become allies for reasons that I won’t spoil here. 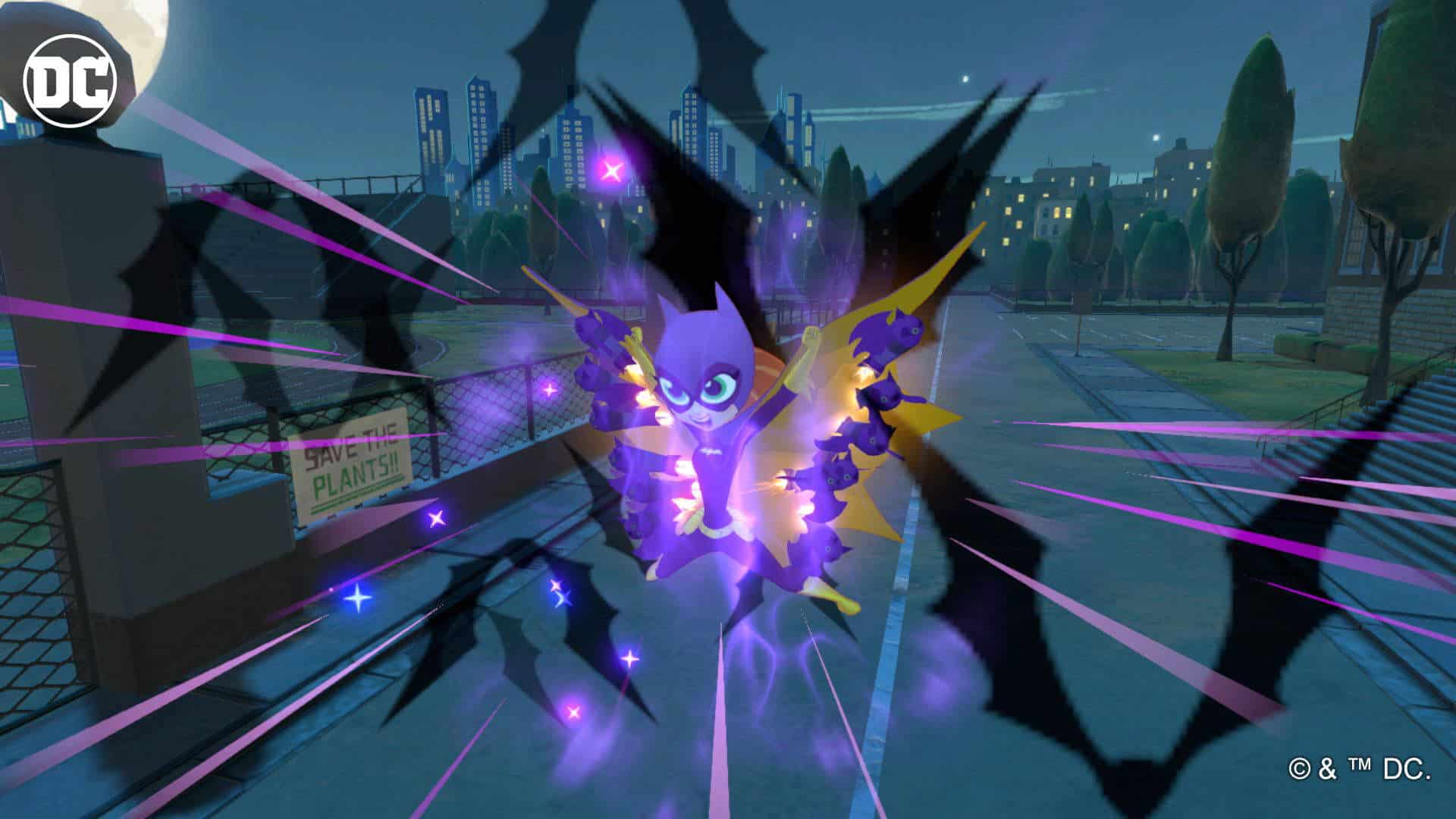 To make the gameplay even more exciting, DC Super Hero Girls Teen Power is an open-world game that features kid-friendly combat backed up with a colourful palette of cartoon comic shades. Much of the gameplay saw me explore the world as different characters and take on missions. The character roster is limited at first with only Supergirl, Batgirl and Wonder Woman being playable. However, the roster increases with more characters as the game progresses.

For the sake of the story, DC Super Hero Girls Teen Power restricted me to play as a specific character for some story points. However, I could go back and replay them as any character once completed. Some missions even featured multiple characters that fought alongside me. I couldn’t control them but having them around gave me the feeling that I was part of a bigger group out to do awesome things. 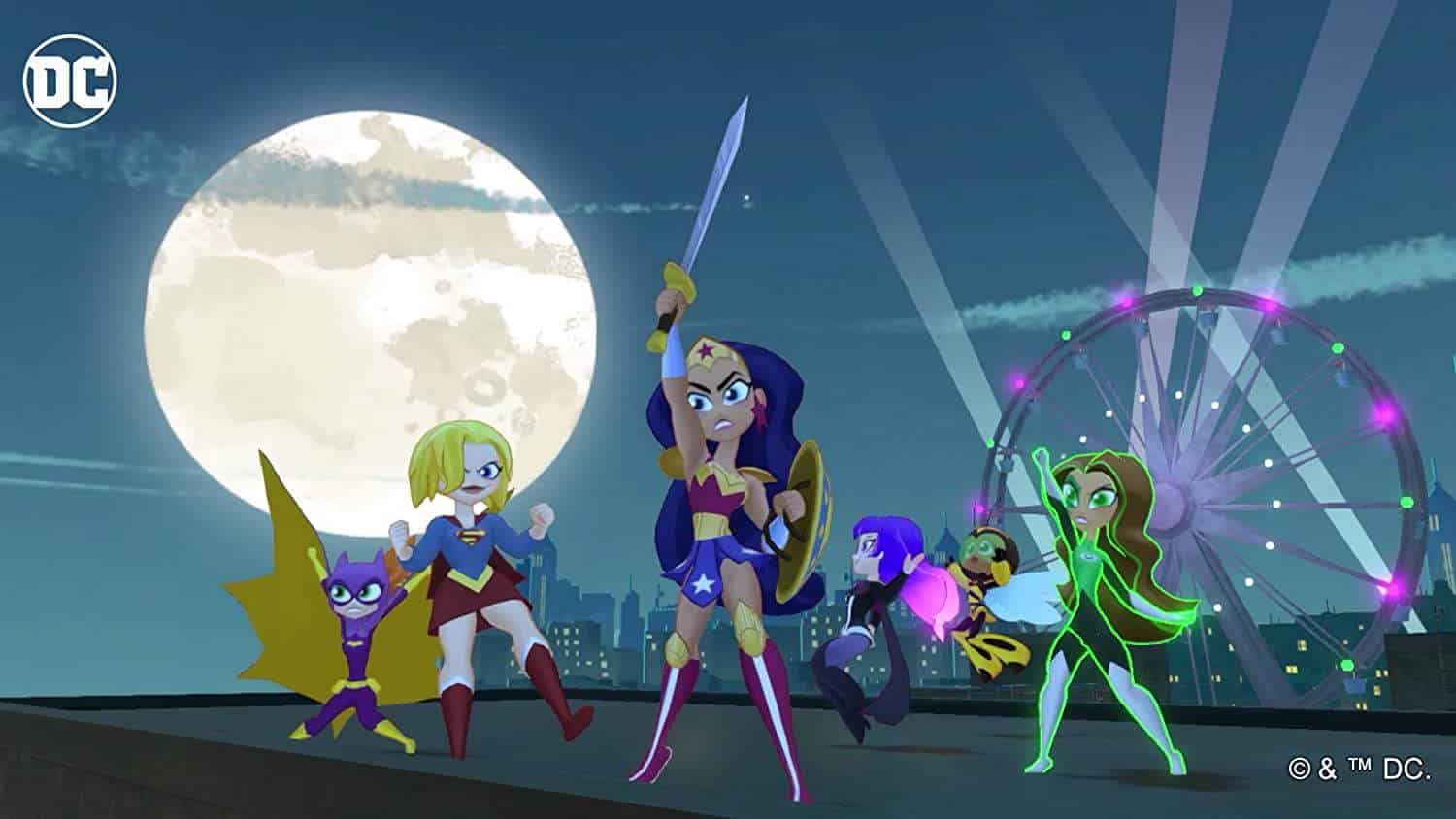 Each character also comes with their own skills and playstyle. While the general gameplay relies on a single button press to attack, the overall combat flair on-screen varied depending on the character I was playing. This approach made the gameplay accessible. Instead of focusing on pulling off combos, I was able to just press a button and watch my character go crazy on screen.

The characters also include some unique skills including gadgets and powers that make the game feel authentic to the DC series. Batgirl can grapple hook to the top of a building while Supergirl can fly around the map and Cat Woman can climb walls. This helps separate the cast from one another especially given how the combat slowly starts to feel one-note after a while. The general progression system in DC Super Hero Girls Teen Power is also quite deep for what the game is. Missions rewarded me with star ratings which were used to upgrade the character’s stats and unlock new abilities. The better my rating of four stars during the mission, the more stars I obtained. This went a long way to force me to be better at a specific mission. I could also use coins to buy costumes to dress up the characters with. This also offered an incentive to replay the missions and explore as much of the area as possible for collectables.

Coins can also be used to upgrade the main base of the game. This place is called Hob’s Bay and gets destroyed very early on in the story. The repair system focuses on rebuilding various parts of the building. While most of these upgrades are simply cosmetic (because who doesn’t love upgrading a base in a game), some of them unlock clothing stores that offered costumes available to purchase. 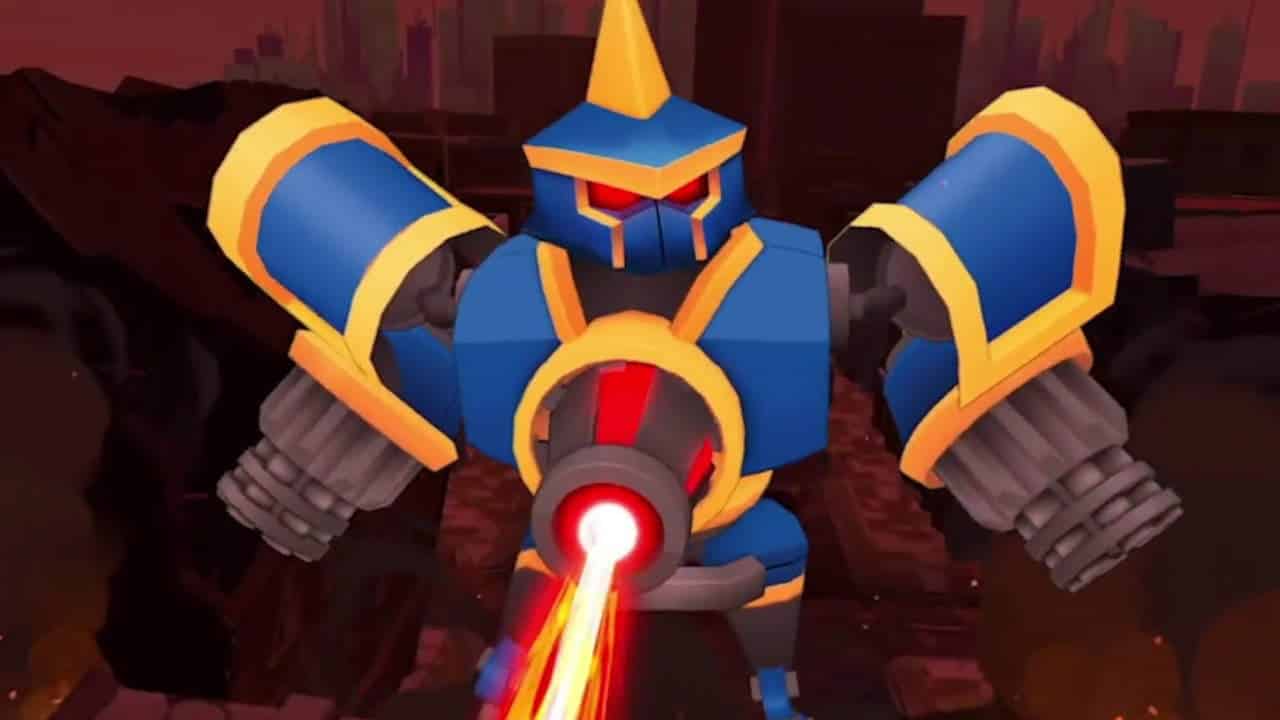 Given that the game is open-world, there is a heavy emphasis on exploration and it is great. The game felt just the right size to make it something you can invest your time in without it coming across overwhelmingly big. I could fast travel across the various points that I unlocked to find treasures I missed and even take pictures of landmarks. These pictures can then be used to post on the game’s fake social media platform called Superstapost.

So why is it a good game for kids? DC Super Hero Girls Teen Power is extremely accessible for the most part while also being quite fun to play. The story is colourful and unique while the characters and dialogue never felt overly cheesy. I think this is thanks to the game’s original gameplay that has been inspired by the TV show. It also helps that the game is able to bring the world and characters to life thanks to the incredible amount of personality on screen. Sure, combat can be a bit boring for veteran gamers but the combo system, characters all combined together make it a worthwhile adventure. You don’t often get games that are simply fun to play for kids. This is one of them. My only issue is the lack of a co-op mode. The game just suits it and to have another player on-screen helping fight the crazy robot toys would have been the cherry on top.

If you’re looking for a superhero kids game to play with a cool story and somewhat easy gameplay to master look no further. DC Super Hero Girls Teen Power is the rare exception for a TV show turned video game done right and should be on your list of games to play with your kids. It would have been amazing to have co-op but the game is still fun solo.