When I first reviewed Death Stranding, I awarded Kojima Productions’ ambitious post-apocalyptic action/adventure with a 9.2/10, calling it one of the best and most inventive games of 2019. Marco reviewed it and gave it a 10/10 calling it a “generation-defining experience”. Upon my second playthrough, my thoughts wavered. Perhaps it was the intrigue of opening this delectable mystery box that made such a huge first impression, but with that illusion shattered, it left me to ponder the game as a product overall. I admit I was hesitant to jump into the Director’s Cut fearing it would conjure up my wavering feelings, but once again, I ‘strand’ corrected.

Before we jump in, it’s worth noting that much of Death Stranding Director’s Cut is exactly the same game that was released in 2019. You’re still playing the role of Sam Porter Bridges on an odyssey to unite America after a cataclysmic event brings forth mysterious beings called BTs from another dimension. Along the way, you meet many people that share their own philosophies and ideals on the state of the world, and in this department, Death Stranding still shines bright.

Hideo Kojima is often known for his convoluted plots (and that may be putting it lightly) but Death Stranding separates itself from Metal Gear Solid in many subtle yet profound ways. After revisiting the Director’s Cut with a more open-minded approach, it became apparent to me that this isn’t just a video game that gives players a list of objectives and checkpoints to tackle. You’re an active part of an ever-evolving world, and the additions to the Director’s Cut only reinforce the nature of the connection, bonding and the importance of it. It’s never inherently preachy as much as it is cryptically in your face, but it makes the experience so much more rewarding and impactful as a result.

Instead of importing my save file over from my PS4, I decided to start Death Stranding Director’s Cut over from scratch – and I implore fans to do the same. Not only has Kojima Productions introduced vast improvements to tutorials at the beginning of the game and more clear-cut explanations for its various strange oddities in the world, the Support Skeleton – an exoskeleton unlocked near the beginning – gives players a lot more options, speed boosts and freedom to carry their packages across the terrain effortlessly. A new AR firing range also gives players the chance to test out weapons and aiming before diving into the open world’s encampments. 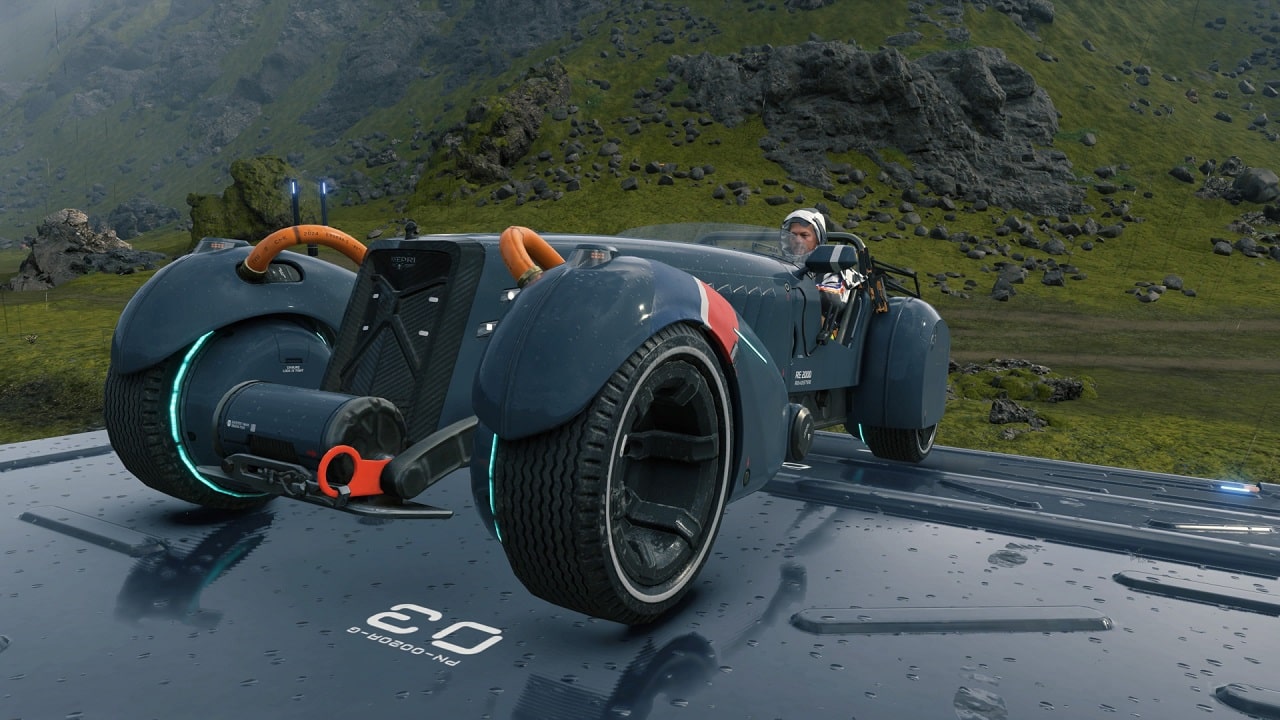 The story remains as mysteriously engrossing as it was at launch, but the Director’s Cut spends a little more time preparing you for the inevitable whiplash of strangeness to come by making subtle changes to the codex, in-game explanations, and more. These tiny but significant tweaks do so much to re-contextualize the experience beforehand so you have more time to appreciate its nuances and needle-drop bombastic set pieces in equal measures. Graphically the game also remains a visual marvel, with jaw-dropping scenery, draw distances and textures slightly improved on PS5, though nothing that looks like a true next-gen leap sadly.

Kojima Productions took some of the criticisms about the base game’s often frustrating foot traversal into account, introducing some helpful tools to use. The cargo catapult launches your packages several yards away so that it’s easier to traverse a particularly rough patch of terrain without losing your balance by being overburdened. The Buddy Bot in particular is the most useful new addition to the Director’s Cut as it will transport cargo for you to other cities, eliminating much of the stress of carrying excess cargo over long stretches of land. A racetrack mini-game also provides some great moments to breathe from all the stress and just tackle time attack runs on a surprisingly fun little detour. 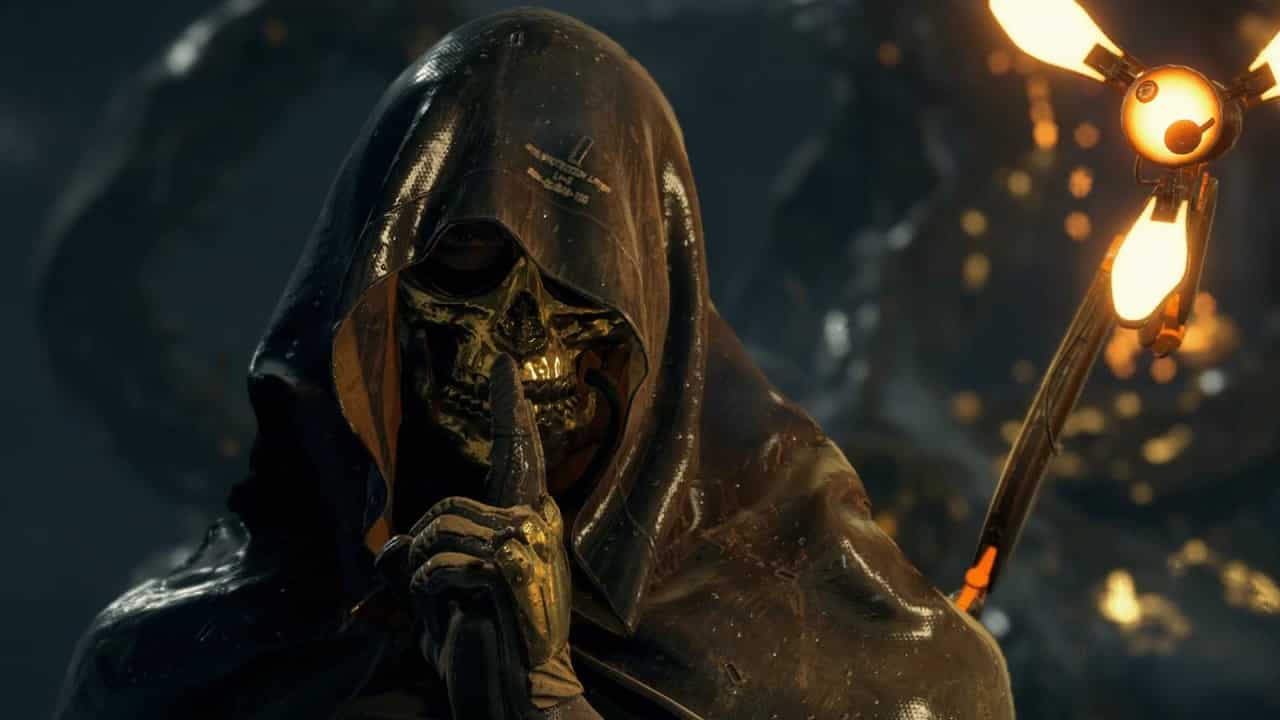 All of these new changes combined make Death Stranding Director’s Cut a lot more accessible to newcomers while rewarding returning players by eliminating many of the infuriating or otherwise tedious elements of gameplay that makes revisiting it a bit of a chore. Unfortunately, if Death Stranding didn’t connect with you, these changes won’t exactly win you over. The structure of the game and its story remains the same, so don’t expect any revelatory or game-changing enhancements or else you may leave disappointed again.

That said, there is some new story content that I’ve purposefully avoided talking about until now. Like Ghost of Tsushima Director’s Cut and its Iki Island expansion, this bit of expanded story can be accessed via a quick detour at a specific point in the narrative. Sam discovers an abandoned science facility that branches out to new areas during key points in the game, but it never overstays its welcome which is a slight problem I had with Iki Island. It’s also not the most fleshed out new story content, but it does add to the overall themes and messages about uniting America and the challenges that come with it. 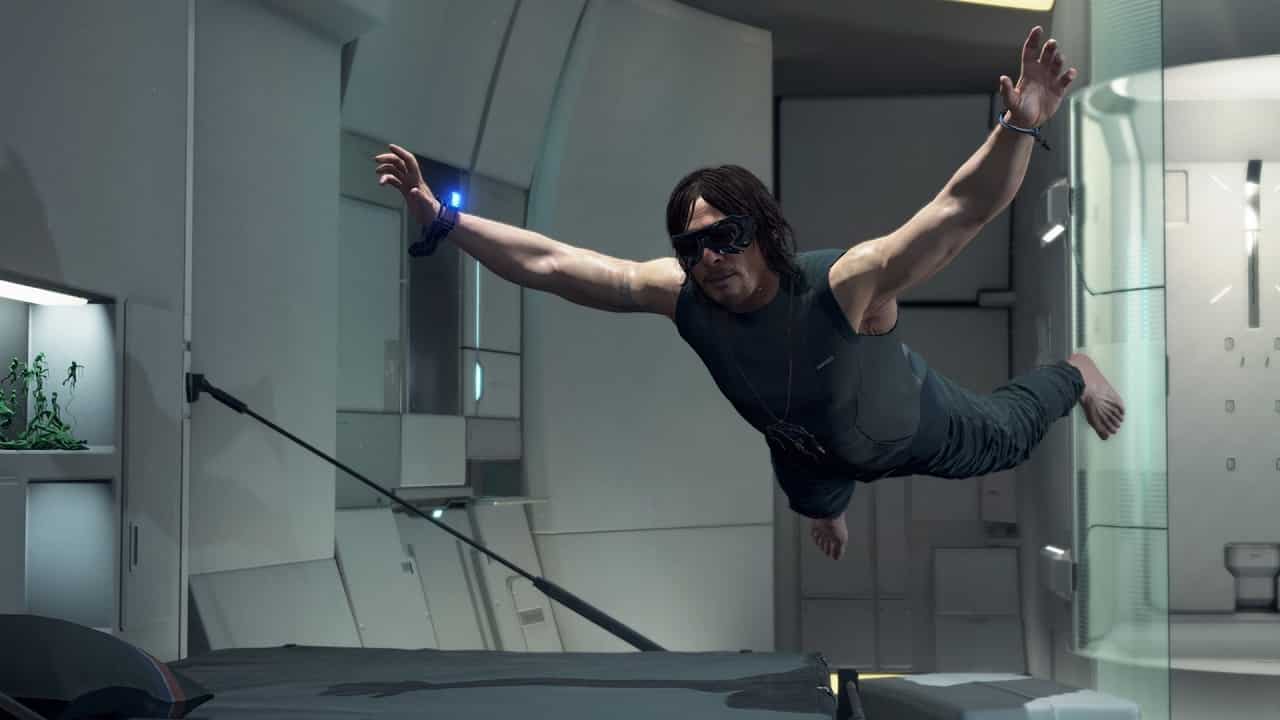 From a gameplay standpoint, this is where the new story content takes quite an unexpected turn. I won’t spoil any surprises (and trust me, there are a few well-placed nods and winks if you know what you’re looking for), but let’s just say that fans of Metal Gear Solid might find the most to enjoy from these segments’ stealth-focused moments. Perhaps it was just Kojima still flexing his muscles in the stealth department – and some might debate if it actually fits into Death Stranding‘s more deliberate gameplay style – but it was the right amount of nostalgia for me to appreciate as a whole.

As for PS5 improvements, there isn’t much here that’s going to add to the experience on PS4 apart from some welcomed, and often brilliant, DualSense controller implementations. Adaptive triggers and haptic feedback work much in the same way as Ghost of Tsushima Director’s Cut, providing feedback and kick to your weapons. Even during traversal, you’ll feel the slight shift in terrain, whether rocky or sleek during a storm. The gentle blink of your indicator during a storm is particularly impressive and well-implemented, providing the necessary response for players to react and manoeuvre accordingly.

Death Stranding Director’s Cut somehow made me a believer again. Since the original game’s release in 2019, my overall feelings for the game have changed from hot to cold constantly – something I never found myself doing with the Metal Gear series. However, the Director’s Cut simply reaffirms the game’s best strengths, in my opinion. That of discovery, self-reflection, isolation, and uniting humanity under a common banner against insurmountable supernatural odds. The new UI tweaks, slight gameplay changes, small bits of story content and more all add up to a worthwhile and wonderfully bizarre package that still proves Kojima Productions have truly crafted a game unlike any other. It’s not for everyone, but it is absolutely still worth playing.