With Destiny 2: Shadowkeep on the horizon, we thought it would be a good time to take a look at some of the changes coming with the DLC. These changes include exciting new features, cool new content, sandbox updates and much more! While these are our top 5 favourite new things coming in the DLC, there are loads more that are on the way. Shadowkeep looks to be an exciting time for Destiny, so let’s look at 5 upcoming exciting changes.

We are giving away two copies of Destiny 2: Shadowkeep Deluxe Editions thanks to Bungie. Enter here

Check out our video guide on the top 5 changes coming to Destiny 2: Shadowkeep

Now there has been a lot of mixed feelings about this, some people are ecstatic that they will be able to look exactly how they want without worrying about the rolls they got on their armour. Armour 2.0 is essentially a system that will allow players to fully customize their guardian. They will be able to equip any armour they see fashionably fit and load their own mods, which now work as the new perks, into that armour. The system works off a ten-point scale, meaning players will have 10 points worth of mods to equip, with different mods requiring different points. Now there has been some negative feedback from players, saying that ability recharge has been decreased overall even at the highest levels of the new stats and that certain mod combinations are not possible, due to the way the armour 2.0 system works. 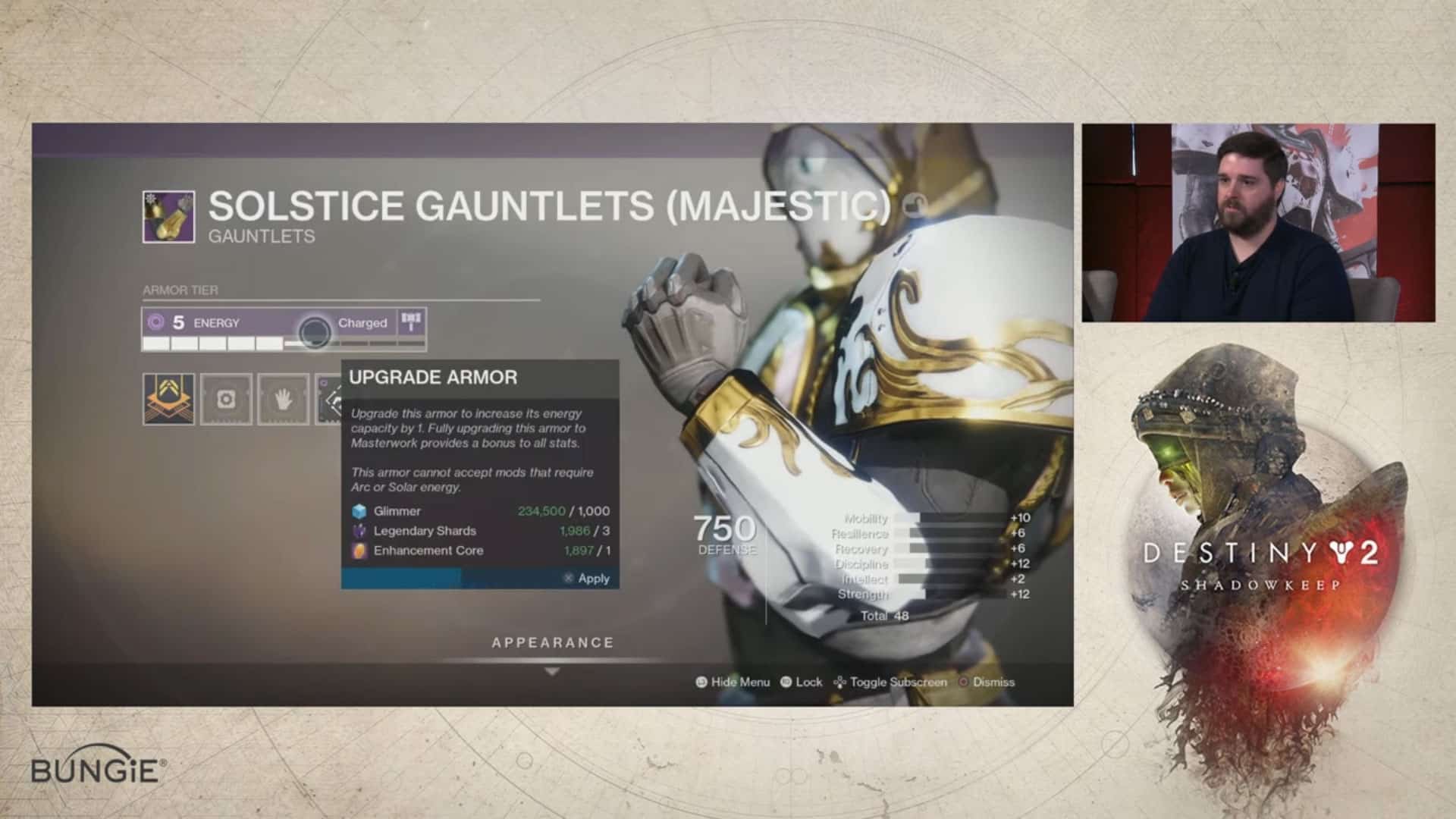 If you don’t know, each piece of armour 2.0 will come randomly rolled with an element, Void, Solar or Arc and this element dictate what mods are compatible for that armour. Even with all the negative talk about armour 2.0, it is a solid step in the right direction and I cannot wait to start pimping out my guardian in my favourite looking armour!

Now while this is not entirely new to the Destiny universe, it is new to Destiny 2: Shadowkeep. Players will now be faced with 6 stats on their character screen. Mobility, Recovery, Resilience, Intellect, Discipline and Strength. This reintroduction of the three cooldown stats from Destiny 1 is going to be a sure-fire way of keeping players always looking for a better combination of armour to maximize their stats. Bungie has made this in such a way that players will be required to make important decisions with their guardian’s armour if they wish to focus on only one or two stats! 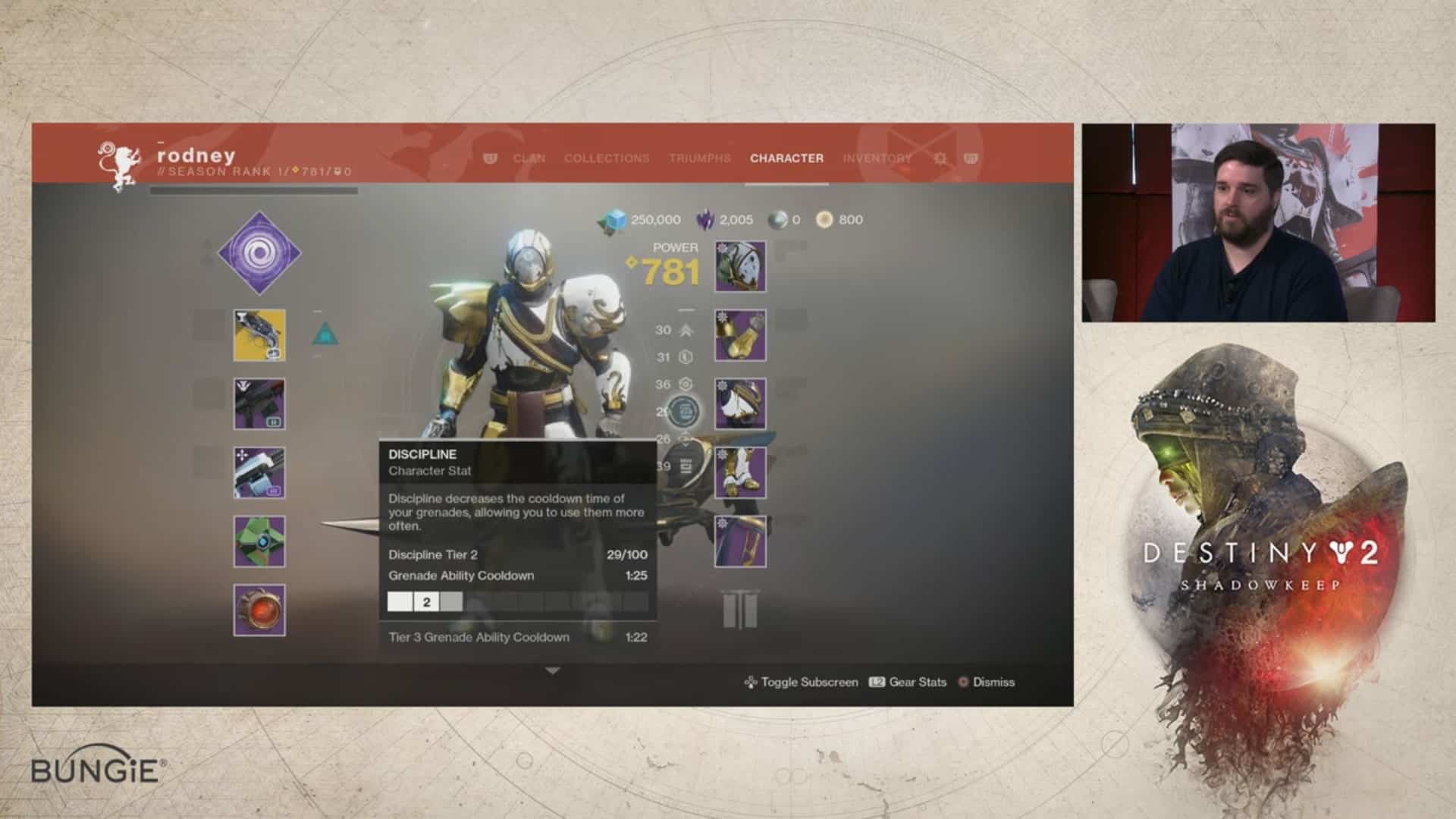 These stats will now work on a scale of 1 to 100, with every increment of 10 granting an increase to the potency of that stat! For example, having 93 Intellect will provide a substantial boost to super recharge time, but this might come at the cost of only have 35 Strength and 29 Discipline, leaving your grenade and melee cooldown in the dust. There will be more ways to increase the amount of stats you obtain such as masterworking your armour. This is a fantastic move from Bungie, making it actually worth your while.

This kind of ties into the new armour system too. There is a new emphasis on mods in Shadowkeep and how they will take on a critical role in building your perfect killing machine. Mods will now be universal, meaning, they will be in infinite supply once you have obtained one in Shadowkeep and that you can apply them anywhere, as many times as you like. Now, this is a super exciting feature that I’m honestly so happy about. No more spending 100 plus mod components at ADA 1 to try to get that rampage spec mod for multiple guns. Now all you need is a single one of those mods and you’re good to go! 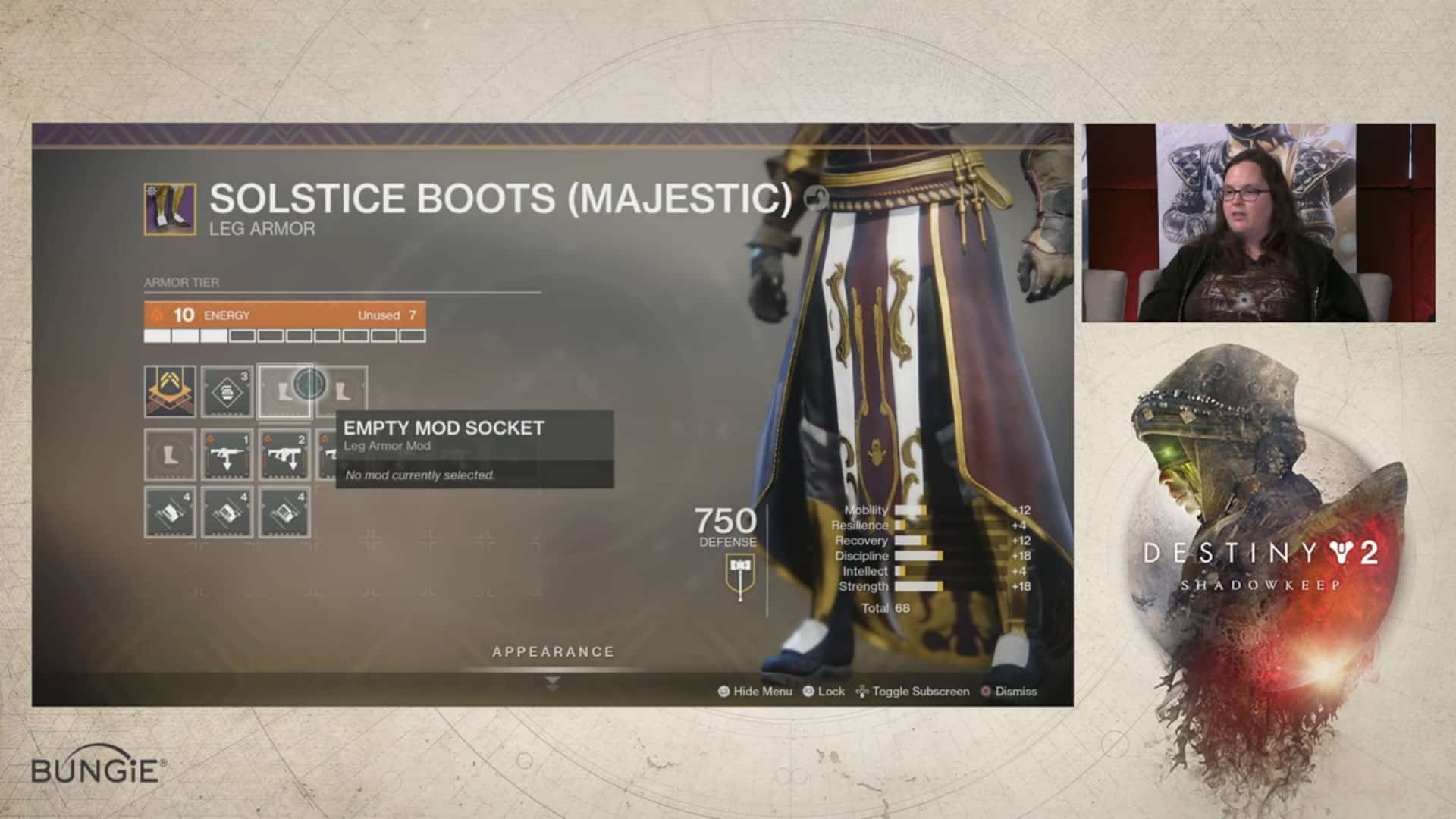 New exciting mods are also on their way in Shadowkeep. The finishers that Bungie has been showing off will come in the form of a mod that you will earn throughout Shadowkeep. There are also new mods that we don’t have many details on right now, but these icons certainly look cool. I Can’t wait to see what all of them do! If you want more details on mods, how to make sure you’re going to have all of them available to you when Shadowkeep comes out and how to be fully prepared, mod wise, then check out our 5 ways to prepare for Shadowkeep video where we go over important points that will get you a quick start in Shadowkeep.

Now, this is an exciting new idea from Bungie in Destiny 2: Shadowkeep that has seemed to get a lot of traction since they revealed it. It serves the purpose of being an equipable item that grants us rewards as we level it up as well as an overall power increase. Now Bungie has come out to say that these seasonal artefacts have no power cap, meaning we could potentially level them up miles past the power limit! From what we know, the power cap in shadow keep in 960, and with this artefact, we can artificially level up way beyond that! Perhaps over 1000 even! This will definitely allow players to tackle those harder bits of content that they might have been a little too weak for. 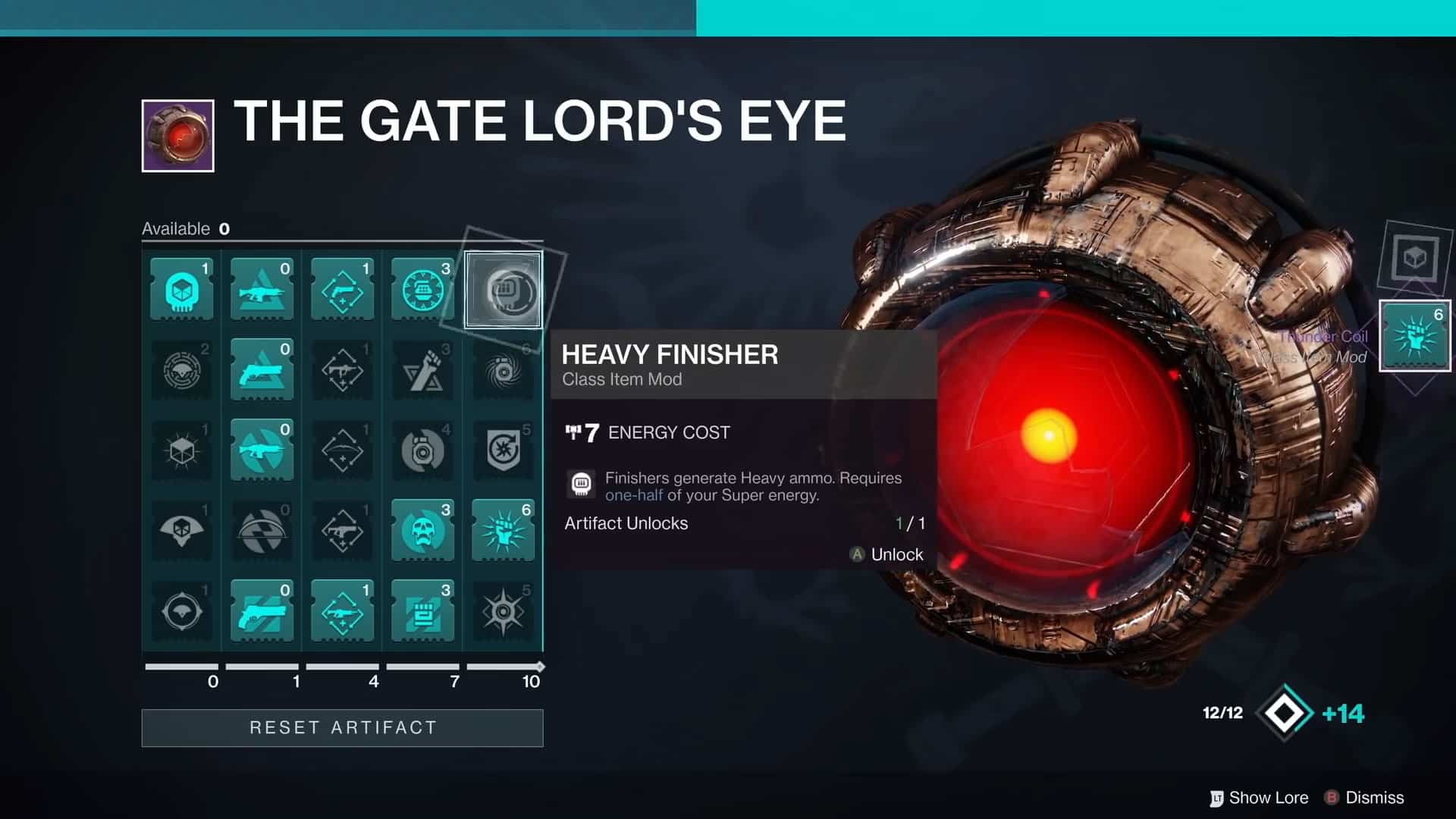 This artefact will not only provide power, as I mentioned it will also be a source for some cool items. Mods will be locked behind the artefact for us to earn! Levelling the item up will unlock rows of items for us to choose from. From what we know you can only choose one per row, however, your choice can be reset and you can claim other rewards that maybe piques your interest a bit more. Overall I love the idea of the artefact, It obviously raises some concerns with an event such as iron banner where some players could miles ahead in terms of their artefact level, and therefore have a clear advantage! However, Bungie could just disable this items power boost while in those activities, simple.

Now, this undoubtedly has taken some serious flak from the community, however, it has also received some praise. The Battlepass will see players level up through 100 ranks to unlock cool items, materials and cosmetics. Bungie has come out to say that the Battlepass will be included in the seasonal purchase. Meaning if you buy Season of the Undying you will automatically get the Battlepass for that season! See, not so bad now, is it? 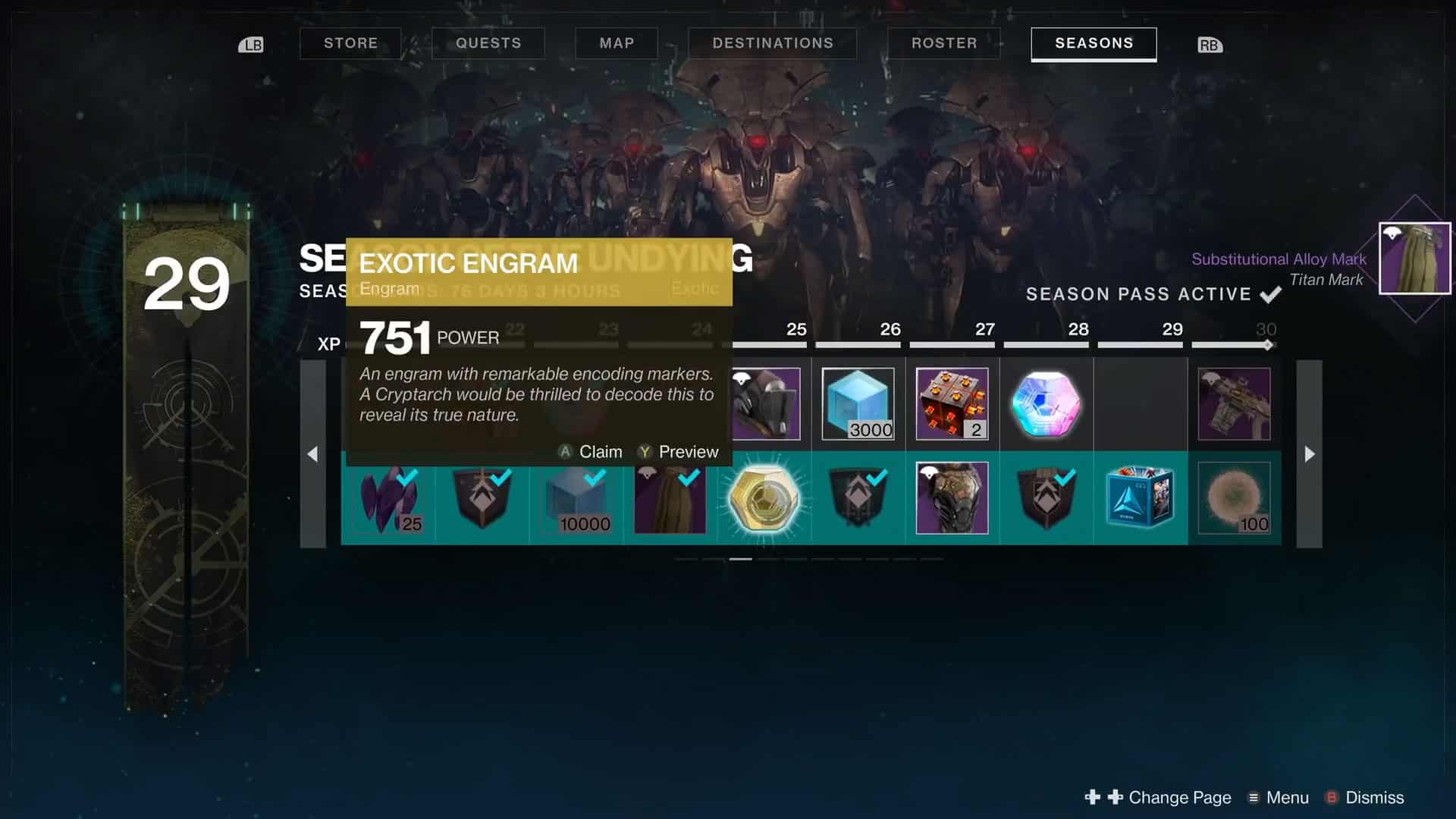 The Battlepass will undoubtedly give people a reason to keep playing, even beyond the completed content. The 100 levels will provide exclusive items that will surely draw in the player’s interest! So players will primarily earn these 100 ranks through XP gains however Bungie has come out to say that these ranks will be purchasable, but only towards the last week or two of the season, meaning people who have fallen behind or won’t have enough time to unlock the remaining ranks, could purchase them On their own. I think it’s a great approach making them only purchasable on the finals stretch of the season. This removes the situation of people just dropping a ton of money in the game on the first day and being done with the pass.

What new system in Destiny 2: Shadowkeep are you most looking forward to? Let us know down below.