Advertisement
Destroy All Humans Review – Time To Get Sadistic 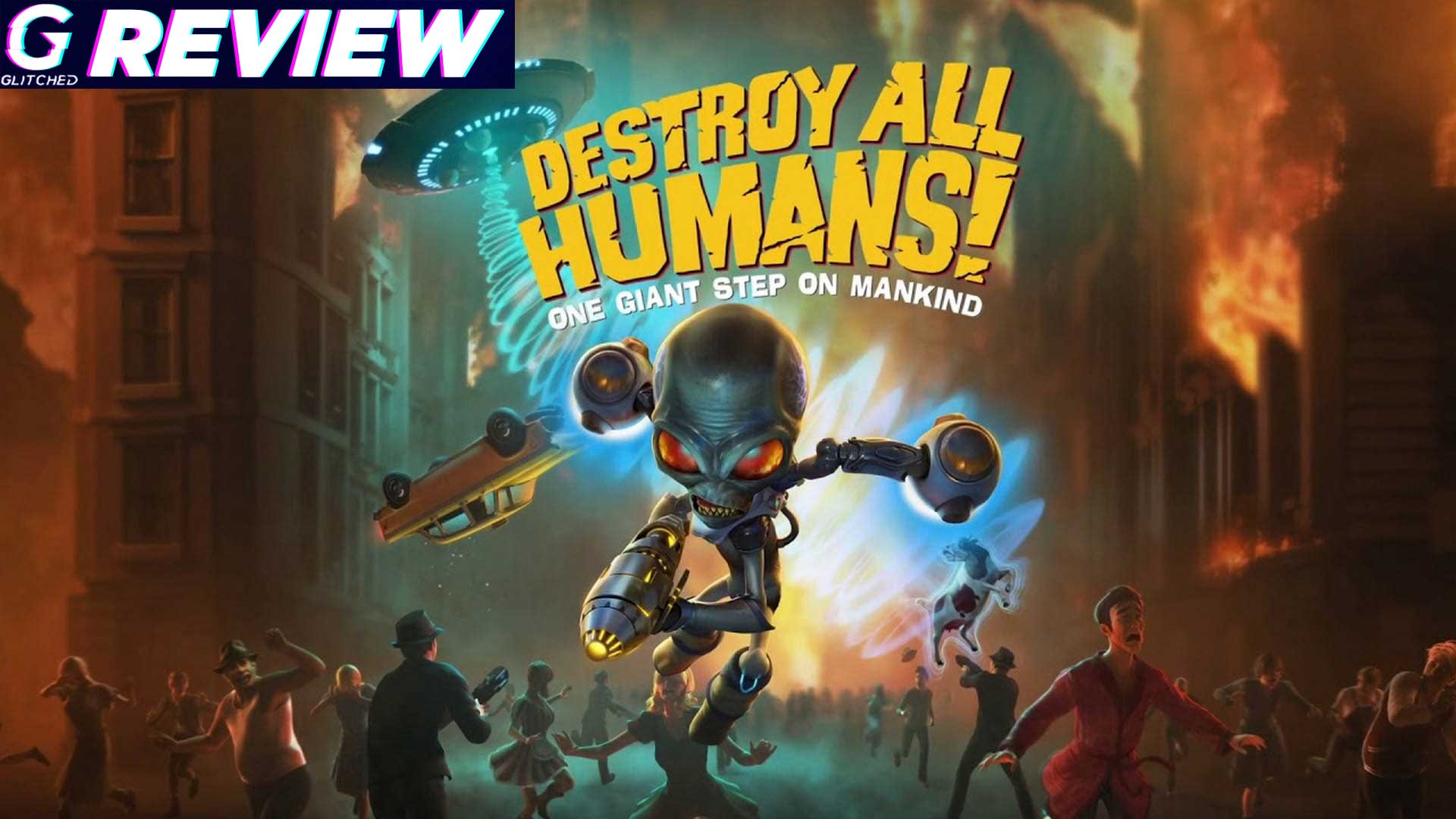 Back in 2005, Destroy All Humans released to some positive acclaim. The game’s story which featured two aliens set on taking over planet Earth was great and the game’s mission-based gameplay was easy to get the hang of. I remember playing this game in my teenage years and loved it. While I don’t remember much of the story, I just remember you could anal probe people by pulling their brains out of their backsides and pick up almost any object and toss it. Destroy All Humans remake stays true to the original game. Not only does it include the fluid gameplay the original boasted but the humour, weapons and characters have never been better.

Of course, the game is far from perfect. Even with a fresh coat of paint in every department, Destroy of Humans remake shows some rough edges when it comes to the overall gameplay flow of the game. Missions can be tedious at times, the AI is still as dumb as it was back in 2005 and the overall plot still goes nowhere. However, underneath it all there’s a great classic remake here to enjoy. Crypto is fun to play, the missions let you literally destroy all humans and the overall art style is great.

For those who have never played the original game before, the remake is a great place to start. So much so that even after I completed the game I wanted more. I also hope Black Forest Games plan on remaking all the games in the series because this one is pretty great. The game kicks off in 1959. Cryptosporidium 136 crash lands on Earth and gets taken away by the human scum. Pox, the so-called leader of this group of aliens sends the next Crypto clone, 137 to Earth to find him. So unravels a dastardly plot to brainwash the human race while gathering brains, blowing up buildings and destroying all humans. Oh, and pass the blame onto the Russians while you’re at it.

Destroy All Humans includes every cliche alien gimmick you could think of. The game portrays what humans in the 1960s thought aliens looked like including the round saucers, lots of probing and often calling them “green men” even if they are far from it. This plays into the general plot of the game. Majestic, a dodgy government-run organization is hell-bent on destroying any evidence aliens exist so they make Crypto’s life pretty tough in the game. Every mission revolves around some sort of plot to damage the human race. Be it brainwashing them through controlled TV broadcasts, killing a major hosting a pool party or even sneaking into a lab to find your captured brethren. Crypto can also use a load of abilities throughout the game. These all revolve around mind control such as forcing someone to do something by implanting a command. He can also make people follow him and disguise himself as an NPC to get into restricted zones.

When not on foot, Crypto can fly around in his flying saucer and shoot things. The vehicle also includes a range of weapons like the iconic death beam. The saucer can also abduct vehicles and people and swing them across the area. Later on in the game, the flying saucer gets a powerful boom and massive bomb that destroys anything in its path. It makes for a great way to destroy all humans. 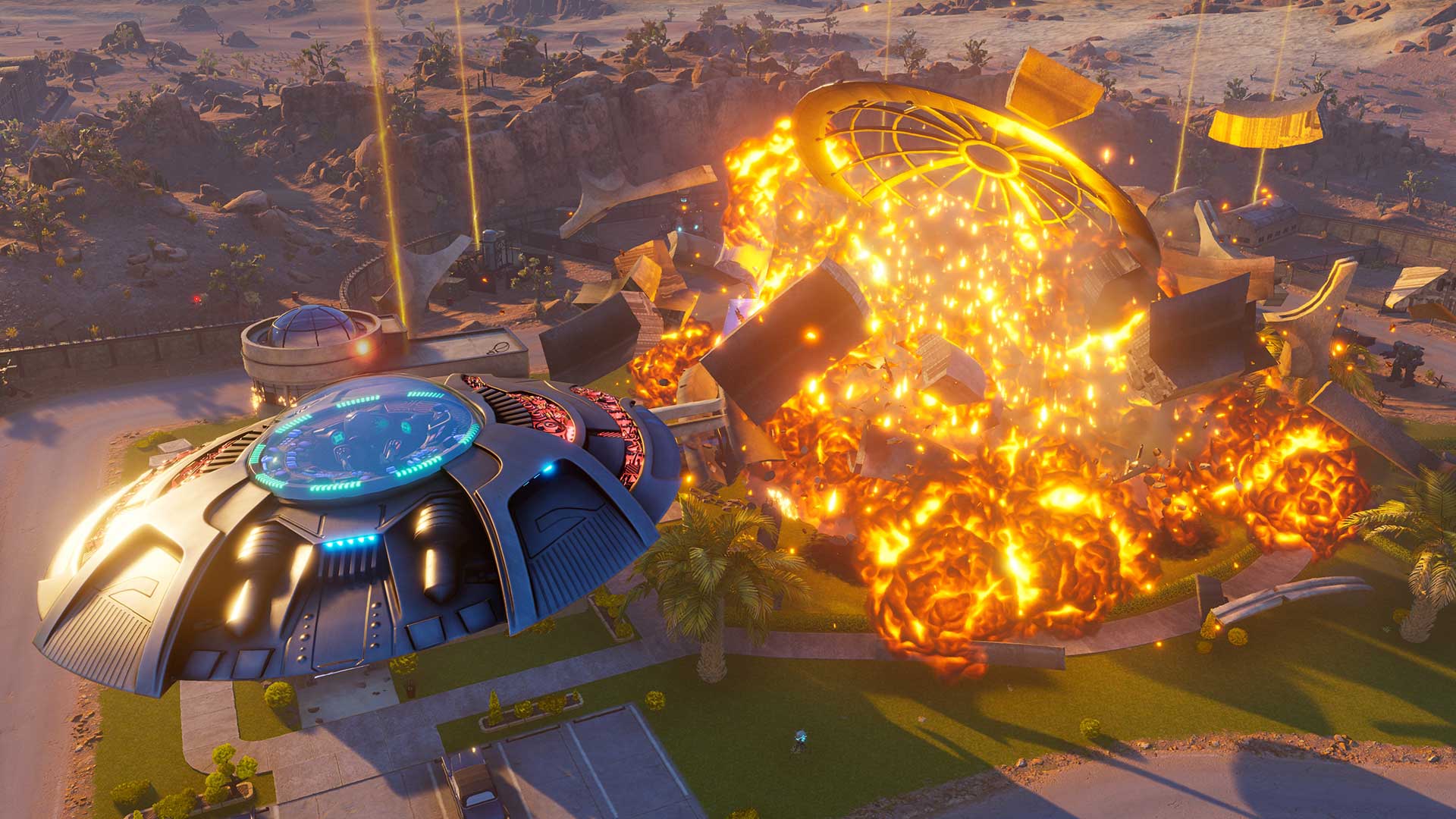 All of these mechanics are then combined together into a range of missions with specific objectives. They make for a great way to spend your time and while non of these missions break ground in terms of gameplay, Crytpo’s arsenal and abilities add layers of mechanics to them all. I especially enjoyed missions where I had to sneak into an area and scan enemies to hear what they were saying. Some of them ramble on about nonsense but it adds to the game’s great comedy.

Everything is upgradeable. More ammunition, faster cooldowns and even increasing the spread of the Zap-O-Matic. Crytpo’s abilities get the same treatment. This includes being able to pick up a vehicle with telekinesis, a dash that can turn into a fully-fledged skate and some disguise cooldown reductions. You upgrade using the currency earned in missions and by doing challenges in each location. 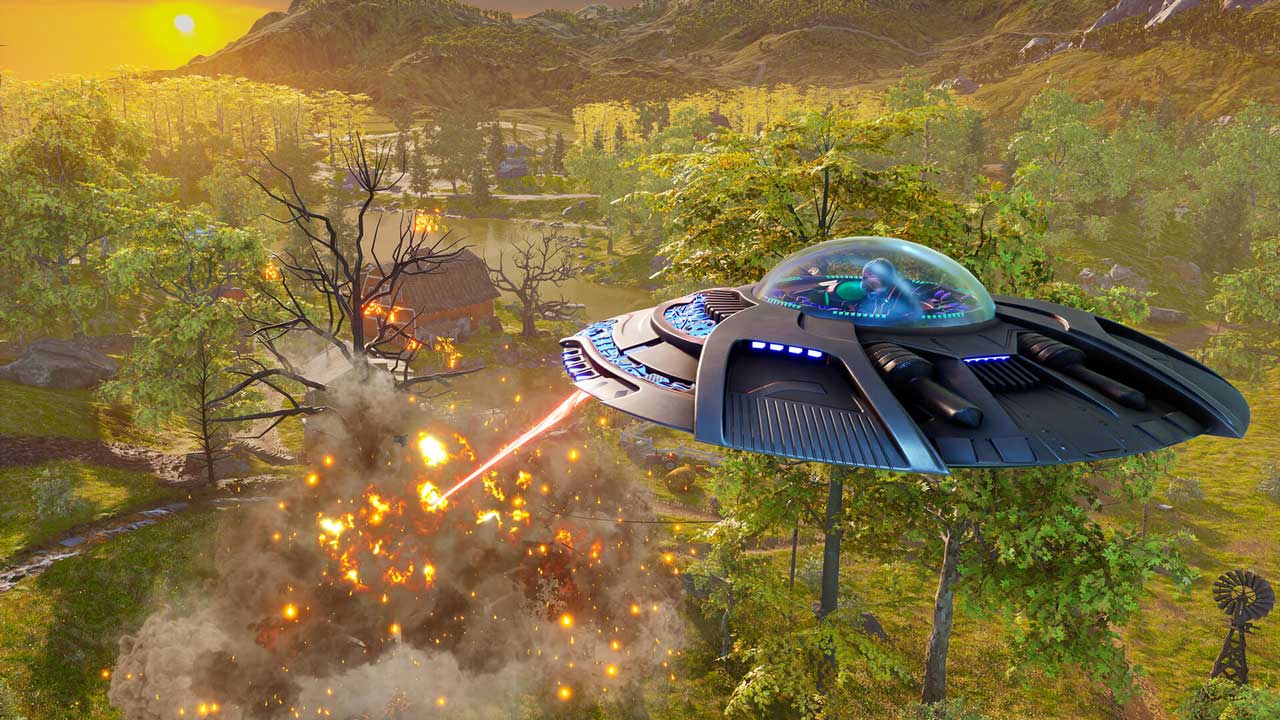 Speaking of which, the challenges make for a fun ride too. Each area in the game includes an option to explore it after you reach it for the first time. Once unlocked, Crypto can collect drones and complete set mini-missions. These range from destroying everything in your site in a set amount of time to abducting cows before the timer runs out. They aren’t super challenging by any means but a great way to spend your time.

Destroy All Humans Remake includes a range of cool skins which can be in the game. The sheer genius behind these is impressive. I won’t spoil it for you but I liked them a lot. The only problem, there weren’t enough of them. Well, the version of the game I played only had two really cool ones anyway. Once I completed the game, I had the two best ones unlocked and just wanted more. Then there’s the “Lost Mission” which is fantastic. As an avid fan of the original game, it was a joy to see so much love put into a creating an extra mission for the remake. Again, I can’t spoil this for you but just know if you’re playing the game, it will be worth it.

Destroy All Humans remake may not be game of the year but it is definitely a load of fun to play. Anyone who’s ever played the original will love it and newcomers will find an enjoyable action-adventure game here. I do hope it is a success so we can see the rest of the series get the same treatment now.