There have been several rumours floating around about Diablo 4, including that the game is already very far into development and could release next year and that Blizzard Entertainment has multiple Diablo projects in the works. Further, the developer recently reiterated that they are still a PC developer first and foremost and that they handled the Diablo: Immortal announcement poorly.

We now know that Blizzard Entertainment will make a handful of big announcements at this year’s BlizzCon 2019 and there have been strong leaks suggesting the return of Lillith to the world of Sanctuary. BlizzCon 2019 is only a few days away, kicking off on 1 November. With excitement for BlizzCon 2019 reaching the “High Heavens” and the lowest depths of hell, I thought it would be a good idea to talk about Diablo 4. Specifically, the five things we would love to see from the next mainline entry into the iconic ARPG franchise and one thing we definitely don’t want to see, ever again.

Let’s kick things off with the things we want to see in Diablo 4 followed by the one thing we don’t ever want to see in a Diablo game ever again from Blizzard Entertainment.

The Lord of Terror has been through a lot and so has long-time fans of the franchise like myself. We’ve killed every main Evil, we’ve killed Diablo more times than I can count and we even killed the Angel of Death. The story has delivered one hell of a ride so far but it is hard to tell in which direction Diablo will move next.

The world of Sanctuary, however, is filled with lore and I think we have beaten down on poor old Diablo enough. It is time for a new villain to emerge. That villain will very likely be Lillith, which fans will remember from back in the day when she made a brief appearance in an online Diablo 2 quest in the Pandemonium Event. She is the Daughter of Hatred and the mother of Sanctuary, recently revealed in a leaked page from the Art of Diablo book scheduled to release on 3 November and it looks like she has received a horrifyingly awesome overhaul. 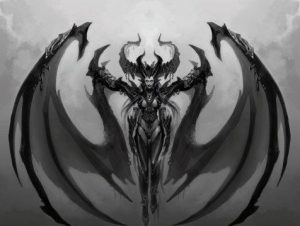 Over a billion items!

A little game called Borderlands 3 really raised the bar when it comes to items, boasting over 1 billion guns. Let’s face it, first and foremost, Diablo has always been about the loot and building that powerful hero, collecting pieces of a set and screaming with joy when a legendary drops, or when a treasure goblin appears.

In Diablo 4, I would love nothing more than to see over 1 billion items for endless character builds because it will not only take the game to the next level of ARPG awesomeness but also keep players engaged and killing demons (or angels) by the hordes for years to come. Every Diablo has been a game that you can play for many, many years and with Diablo 4, I plan on playing it for a decade, if there’s enough loot to hunt for. This would definitely be a great way for Blizzard Entertainment to kick off BlizzCon 2019. 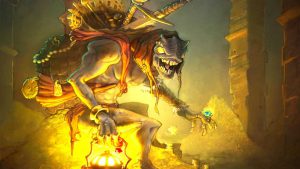 One thing about all the titles in the Diablo franchise that is necessary for Diablo 4 as well has to be the random elements ranging from dungeons to whole areas, enemies and bosses. It is that randomness that keeps players interested and makes multiple playthroughs exciting that pushes players to spend more and more time in the world of Sanctuary.

Without random elements in play, I would have probably stopped playing all the Diablo games after I finished the campaign and possibly made a hardcore character. This is what gives the franchise its longevity and farming greater rifts just isn’t enough. I would love to see random story elements, side quests and maybe even player choice of what to do, for example, save an NPC or sacrifice a legendary item type of mechanic, combined with other random elements such as which NPC is in trouble and then, with your choices, the world adjusts and reacts to them.

Everyone and their pet treasure goblin will probably remember the infamous Error 37, which locked fans out of playing Diablo 3 at launch for hours, if not days on end. It was one of the biggest launch disasters because the game required an online connection at all times to play.

Requiring an online connection to play is, in a sense, a good thing, as we all know how big of a problem item duping and trainers were in the first two titles. However, I still think there should be an offline mode, with some caveats. Offline only characters should be limited to offline play and should not be able to trade or PvP (more on that in the next point) at any time. This both alleviates cheating concerns and will give players without a stable internet connection (or no connection at all) the chance to play the game without affecting others online. 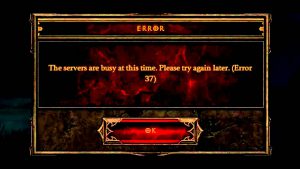 Several years after Blizzard promised and even showed off Diablo 3 PvP, we got the duelling arena. In case you don’t remember the actual, awesome PvP shown off in 2011 (yes, eight years ago), check out the video by Force Gaming below.

I hope that Diablo 4 PvP is a thing and launches with the game. It would be awesome to have four-versus-four (or even bigger) squads of heroes fight it out in a variety of arenas with traps and much more. Another great idea would be how ReadySet Heroes does its PvP, with two teams fighting through a dungeon for 10 minutes, looting as much as they can with new characters and levelling up, then being teleported to an arena to duke it out when the timer expires, merging PvE and PvP into an awesome additional mode.

Diablo 4 Auction House – Do Not Want!

The Auction House which allowed players to purchase items with real money as well as gold nearly killed Diablo 3. It was, without a doubt, one of the worst moves Blizzard ever made, but the developer rectified the situation and listened to fans, removing the Real Money Auction House from the game.

I, for one, can’t wait to hear or see anything about Diablo 4 and I am 99.9% sure that there won’t be a real-money auction house in the game. However, that is the one and the only thing I really wouldn’t want to see make a return as it spoiled an otherwise amazing ARPG when Diablo 3 launched.

What do you want to see in Diablo 4 and what do you never want to see in the next mainline entry in the Diablo franchise from Blizzard Entertainment likely to be announced at BlizzCon 2019? Let us know in the comment section below.