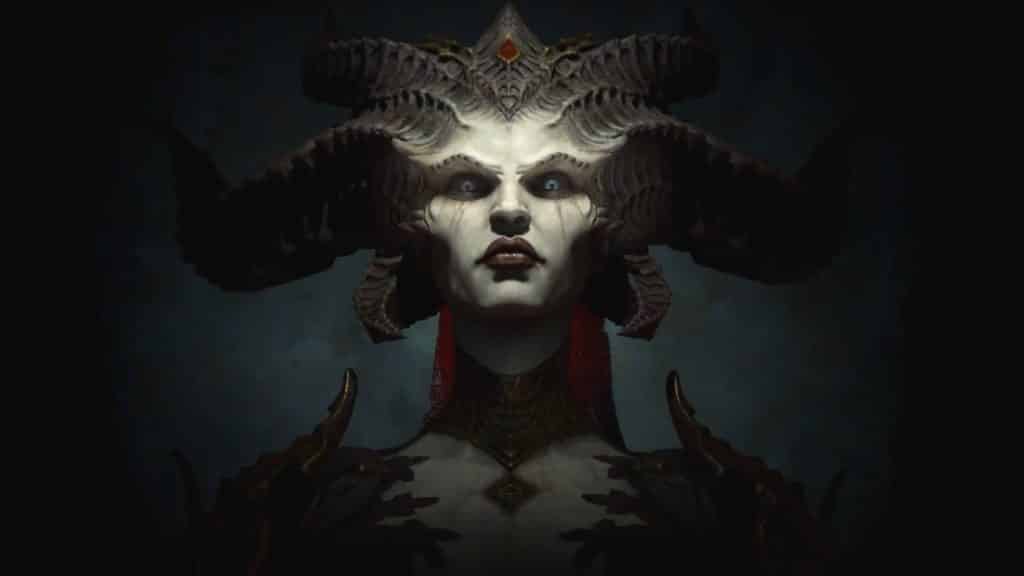 Diablo 4 may still be some ways off but Blizzard is not shy of revealing new in-game details for the upcoming RPG. The latest development update gives us some fantastic new insight into how the open-world dungeon crawler RPG is coming along. In addition, we get a look at some new locations and how the seamless multiplayer will work.  Take a look at the new Diablo IV details down below;

First off we have storytelling. Blizzard claims they have changed the way they approached story delivery in Diablo 4. The game now features conversations and unique camera angles to tackle these said interactions. For simple NPCs, the camera zooms into the characters a little bit and relies on a library of animations to deliver a conversation-like experience. 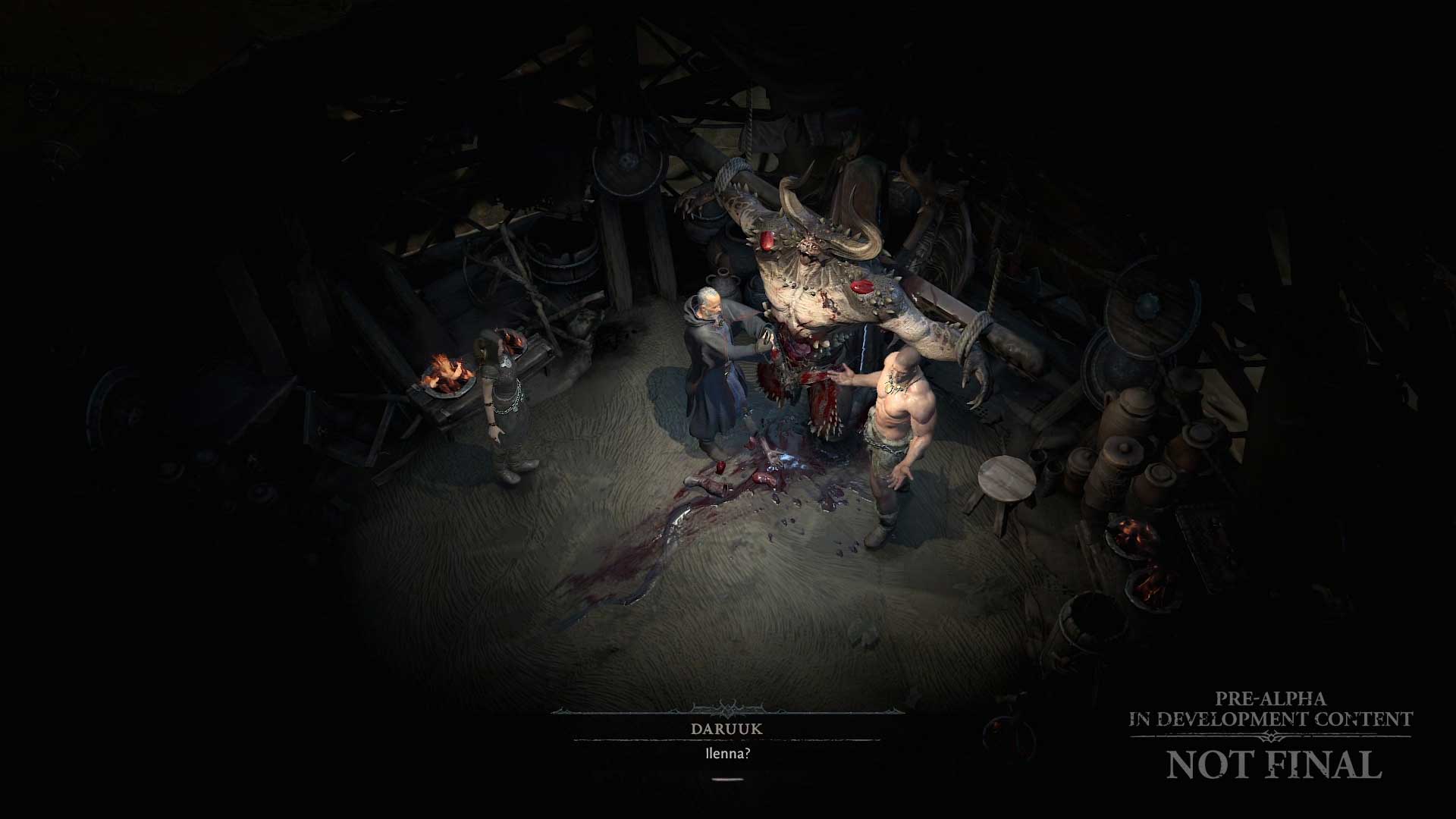 We then have the cutscenes which will play out during more important character interactions. Blizzard will craft each of these and treat these moments as key storytelling experiences. In addition, each of these will play out in real-time so your character will have their armour equipped in the scenes too. They will also be rendered in realtime so each of them will make use of your GPU and display delivering the best cinematic experience possible. Furthermore, Blizzard claims this approach allows them to give you a seamless experience as if you are part of the game.

We know Diablo VI will feature a vast open-world to explore with hidden locations, enemies and secrets. Blizzard touched on this too saying that while you can easily concentrate on your main campaign, they have a variety of open-world systems in place to always keep you discovering new things along the way. If you want to take a break from the main campaign, one can easily head off and explore, craft, PvP and participate in world events. 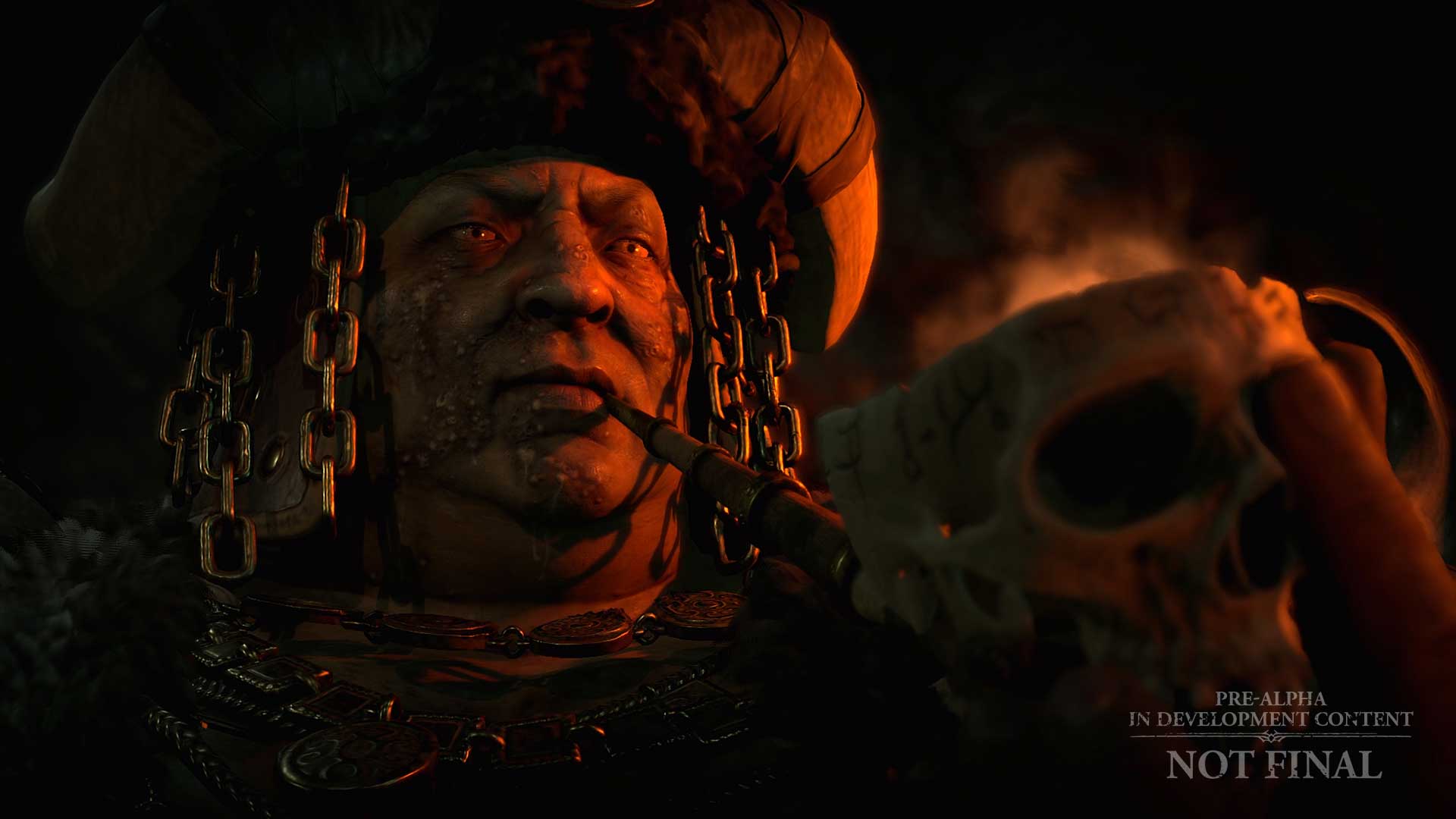 This allows players to approach the game as they see fit. Blizzard claims the Diablo IV is crafted to allow for a great amount of freedom. More freedom than any past entry in the series before.

A big new feature in Diablo 4 is Camps. These are locations of importance that have been overrun by enemies. Once a player defeats the group and cleanses the area, they then turn into outposts with NPCs and a waypoint location. There’s also a backstory to each Camp. For example, one of the camps in the zone was a town afflicted by a curse that turned villagers into piles of salt (random I know). Another was a crypt haunted by a spirit that possesses the bodies of the undead. This spirit jumps from skeleton to skeleton until you defeat him. 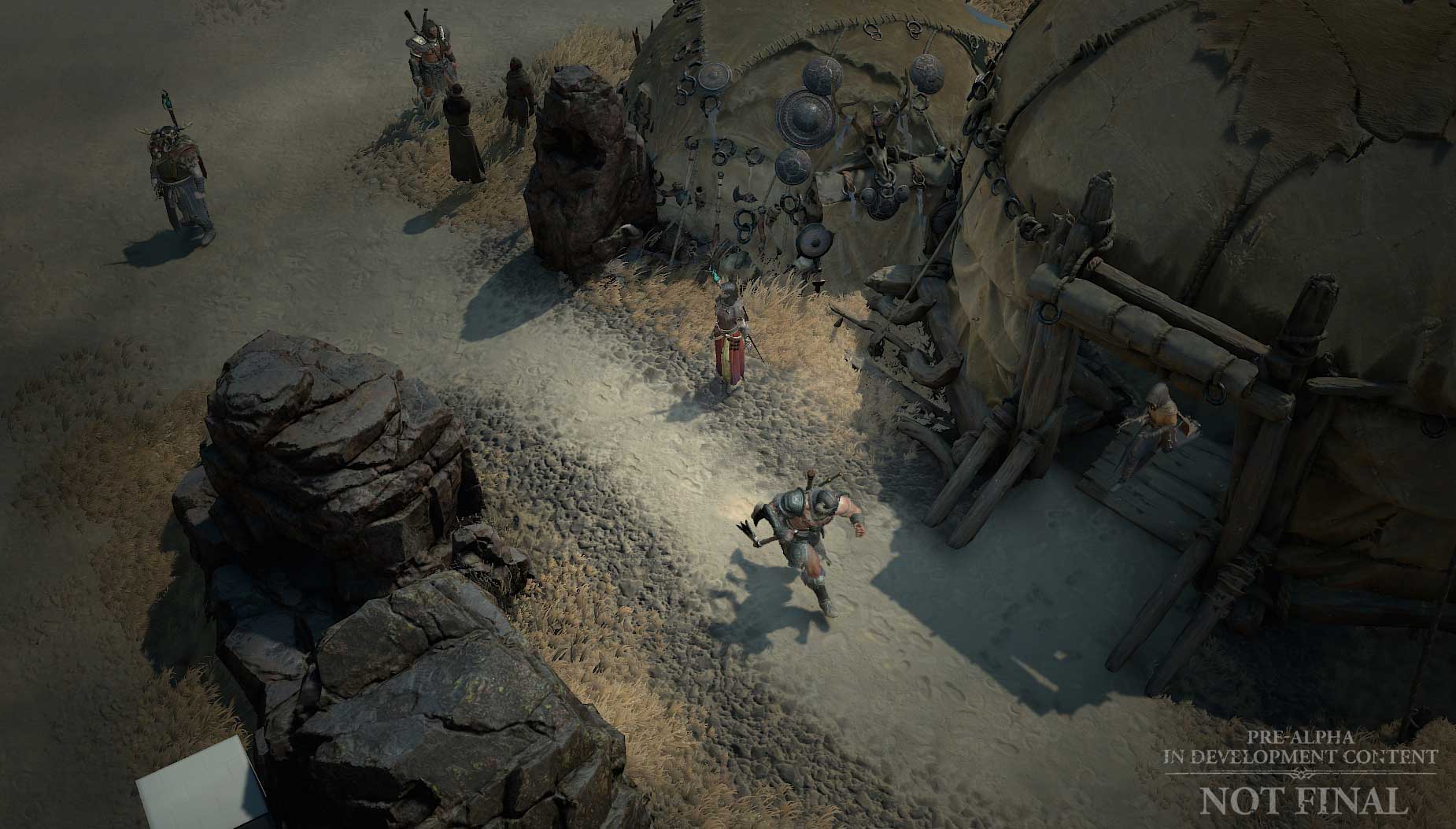 Blizzard also touched on mounts saying players can use them to get around faster and it has added a new layer progression to the game. You can customize them by attaching a trophy of a killed monster to the side of it, for example. However, these trophies are obtained in specific ways making exploring and finding them a quest on its own.

Most important of all, Blizzard explained more about Diablo 4 and its multiplayer. First off, the developer does not want the world of Diablo IV to feel cluttered with players. Blizzard claims the game stops feeling dangerous when you see other players too often and in high numbers too.

Dungeons and key story moments are always private. Meaning these are just for the players and their party if they are playing with friends. Once a story moment is complete and camps are turned into social hubs, you will then run into other online players. While on the road, players may also run into other players here and there. Of course, when a world event is taking place, you will see a large group of online players participating in the event. 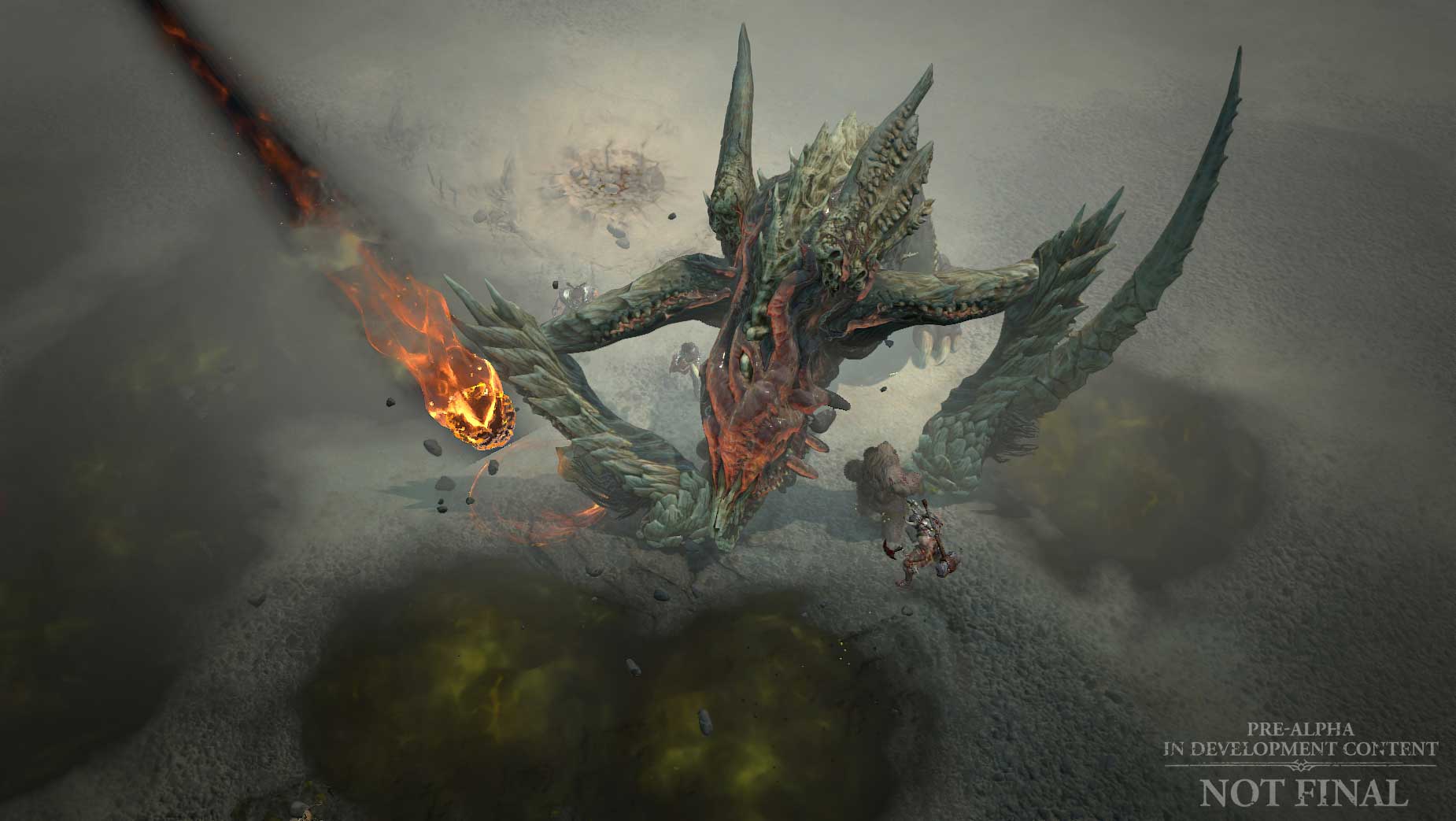 Blizzard claims that coordination is helpful during these world bosses. You are never forced to join a part so solo players can just jump in. Players gain powerful rewards from these fights too. Players who want to play with friends can seamlessly join them to fight against the minions of Hell. The game features new matchmaking options to find a group or even join someone you see nearby.

Catch up on the Diablo 4 reveal trailer down below and read the whole blog post here.