Digital Versus Physical Video Games – Which Do You Prefer?
LATEST CONTENT

Digital versus physical video games is a debate as old as Steam and it is something that is really up to the preference of each individual gamer. I’ve been thinking a lot about the pros and cons of each option recently, as sometimes pricing on digital games are just cheaper, especially with some great sales across platforms, from Steam sales you want to throw your wallet at, to weekly deals on the PS Store, the Xbox Store and more.

That’s why I thought it would be very interesting to see which option or readers prefer, so I will be discussing the digital versus physical video games and listing some of the top pros and cons for each. Let’s kick things off with digital video game and then move onto physical copies.

We are going to start with the pros here because nobody likes Mr Negative. First up, we have the pricing of digital games and in the last couple of years, it has become abundantly clear that digital can be cheaper most of the time, especially when big sales come around. Here in South Africa, physical copies are sometimes cheaper when a game launches, but most of the time during sales, you can pick up a game digitally for the fraction of the cost. Then, there are also third-party options that sell keys for even cheaper than their respective, official stores.

Digital video games can also last forever, or at least until the inevitable robot uprising occurs. It’s great to have a library filled with digital games that you can just download and play at your leisure. For those who are a bit lazy, its also better than having to get up from your couch and insert a disc when you want to play a game. Instead, you just select that game on your platform of choice and go wild. 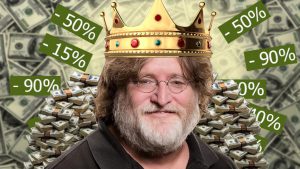 There’s also the matter of security and if you follow a digital store’s security protocols, use two-step verification and more, digital copies are extremely secure. I’ve never once worried about losing a digital copy of a game because there is simply no reason to and that’s great.

Lastly, some digital stores have a refund option that allows users to test out a game and then return it for a full refund. Steam has a great one and the recently-released Epic Games Store also has a fantastic refund policy.

As mentioned in the pros section for digital games, they are very secure. However, there is always this slim chance that your account could get hacked and you could lose it for good if you didn’t follow the proper security protocols. In this case, you can lose your entire library of games with one mistake.

Although some digital stores offer no-nonsense refunds, you can’t resell digital games and that is a big negative in my opinion, compared to physical copies that you can trade in at stores, or sell to friends. After you enter a key or purchase a digital copy, it is yours and yours alone. 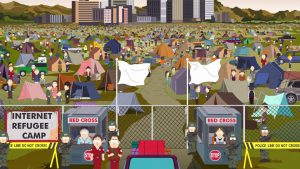 Last, but not least, a con for those on a capped connection is that games are becoming bigger and bigger. If you don’t have an abundance of internet cap available, then digital copies could be a hard sell. Then, you there’s also the issue of connection speed, as with a low connection speed it could take longer to download a 50GB game than to wait for the courier to deliver a physical copy. Thankfully, many stores offer pre-download options for big titles, which does alleviate the time-to-download issue a bit.

I, for one, think there is nothing better than adding a shiny new physical copy of a video game to my ever-growing collection. Having something to hold in your hands is always better if you ask me, but I’m sure some will disagree. There’s also special and collector editions to look forward to and some of them are really awesome and can get picked up for cheap, such as the Wolfenstein II: The New Colossus one that has an awesome and huge action figure to display in your gaming cave (or play with repeatedly), a shiny Steelbook case and more. 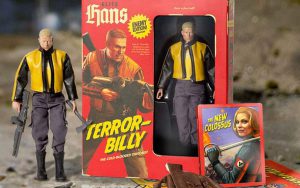 Although some games have big day-1 updates, some don’t and when you purchase a physical copy of a video game, you can save a lot of download time and cap. For some gamers, using their internet cap wisely is a must and physical copies of video games can, sometimes, save these gamers a lot of money.

Midnight launches are great for those big AAA titles and I’ve had some amazing experiences at these events. Standing in a line at midnight with fellow gamers, chatting about your hopes and dreams for a title, or simply hanging out is a great experience. You only get this experience when you go to a store during a midnight launch to purchase a physical copy of a game. Best of all, there are even some giveaways or little extras for the attendees to take advantage of. 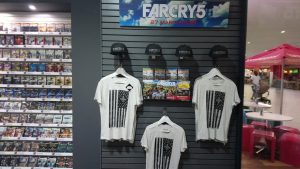 Lastly, physical copies of video games for consoles can be traded in for store credit, sold to others or borrowed to friends. This is a massive plus and some gamers even pool their money to purchase a couple of games and swop them around. It is a way to decrease the cost that digital copies of video games simply do not allow and it is one of the best reasons to go with physical copies.

Physical copies of video games, no matter how well you protect them, always run the risk of getting damaged. If you do damage the disc, then you have lost the game for good and there is simply no way of getting it back. On that same note, there’s always that chance that one or more of your games could get stolen from right under your nose.

Further, even if you pre-order a game, there is no guarantee that many of them will arrive at your doorstep on the day of release. That means you could have to wait a bit longer to play that new AAA title you’ve been dreaming of. However, there is an option to go pick up a game at a local store on release day, but sometimes stuff just happens, like what we saw with Fallout 76 here in South Africa. 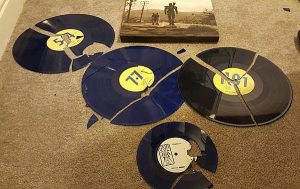 Lastly, physical copies of video games, if you really horde them, can cause a space issue depending on how many collector or special editions you purchase. It’s sometimes hard to organize if you have limited space and it is definitely not something for the lazy gamer, as you will also need to get off your couch to find and then insert a new game you wish to play. This isn’t a big con, but some people just prefer the path of least resistance, no matter how small it is.

For me, there’s nothing like adding a shiny new physical copy of a video game to my ever-growing collection. This is especially true when the copy is a special edition or if my wallet permits, a collector’s edition.

Do you prefer digital or physical video game copies and why? let us know in the comment section below.

Sillicur
PrevPrevious50 Most Anticipated Games of 2019
NextSpotify Car View Now Makes it Easier to Control Your Music While DrivingNext
Gaming | Nintendo | Digital Versus Physical Video Games – Which Do You Prefer?

Gaming | Nintendo | Digital Versus Physical Video Games – Which Do You Prefer?