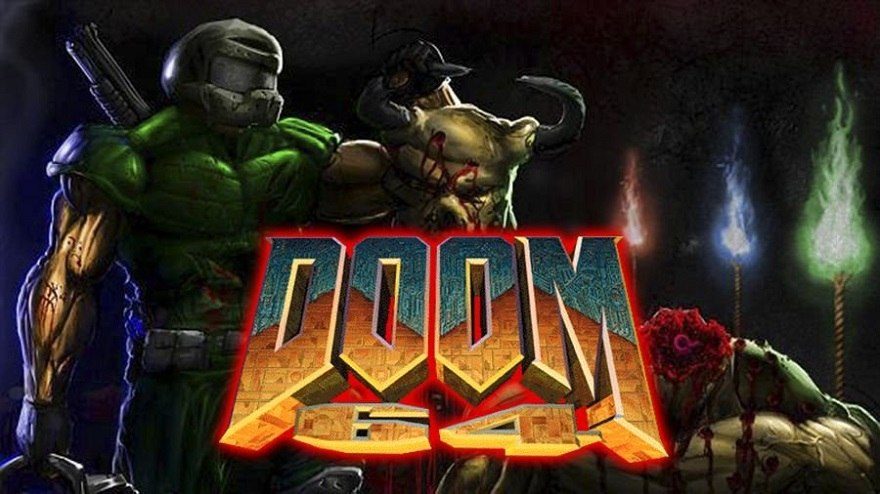 Doom 64 is the one and only game in the famous FPS franchise that was never available on PC, releasing all the way back in 1997 exclusively on the Nintendo 64. Bethesda even released the original Doom (1993), Doom 2 and Doom 3 on all current-gen consoles and then, when they announced the DOOM Eternal delay and that the game would launch on 20 March 2020 instead of in November this year, they also announced that gamers who pre-order DOOM Eternal would get DOOM 64 for free as a pre-order bonus on all platforms.

Now, Bethesda has shown off the first gameplay of DOOM 64 on modern consoles and PC in an “official announcement trailer” which you can view at the bottom of this article.

It is clear from the DOOM 64 trailer that there are some visual improvements but Bethesda has not detailed the specifics. It looks very old-school and except for the new coat of paint that is still very much like a retro FPS, the gameplay remains largely the same. The trailer is only 30 seconds long but it does show us several enemies and weapons.

Bethesda again explained the DOOM Eternal pre-order bonus and how it will work:

[perfectpullquote align=”full” bordertop=”false” cite=”” link=”” color=”#16EBCC” class=”” size=”20″]Pre-order DOOM Eternal for Xbox One, PlayStation 4 or PC before March 20, 2020 and you’ll also receive DOOM 64 as a free digital download when DOOM Eternal launches! DOOM 64 will also be included free with preorders of DOOM Eternal for Nintendo Switch, which will be released at a later date.[/perfectpullquote]

In the game, players will once again fight through hordes of demons in a quest to destroy the “Mother of Demons” and, of course, stop an invasion from Hell. DOOM 64 boasts 30 levels, filled with classic weapons and secrets for players to uncover.

Are you excited for the game and did you managed to play the original on the Nintendo 64 when it released 22 years ago? Let us know in the comment section below.