The first big Dota 2 tournament of the year begins tomorrow, 19 January 2019. For Dota 2 fans, there’s nothing like watching the top teams in the world compete for a massive prize pool and those all-important DPC points. The Chongqing Major has it all, from top tier teams to great broadcasting talent and more. It is an exciting time for Dota 2 fans and we’ve got you covered with everything you need to know about the Chongqing Major.

Related: Team Liquid Will Be Without Their Superstar For The Dota 2 Chongqing Major

Let’s kick things off with the tournament details, including the dates, prize pool and more. Then we cover when and where you can watch all the action, the groups, tournament format and more.

The Chongqing Major features a massive $1 million prize pool and a whopping 15,000 DPC points up for grabs. The tournament runs from 19 January until 27 January so there is a lot of Dota 2 to be had. While the group stages kick off on 19 January, those exciting playoffs start on 22 January until the grand finals on 27 January.

For our local viewers, it is important to note that since the tournament is being held in China, you will have to wake up quite early to catch those first games. Each day of the tournament group stage starts at 04:00 South African time.

Where to watch the Chongqing Major

There are a total of four streams that will be running at once, each featuring one of the four groups during the group stages. Check out the list of Twitch.tv streams below.

The tournament is without a doubt stacked with some of the best teams in the world. EHOME got their invite from winning the Bucharest Minor and you won’t see The International 2018 winners OG at the Chongqing Major. However, the teams that are present are sure to put up a fantastic showing. Check out the Chongqing Major groups below. 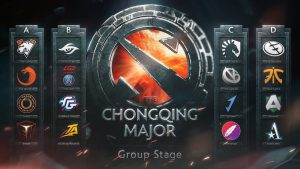 On January 19th kicks off the main stage of The Chongqing Major and on that occasion we have gathered the masters of their craft, who will go to China to cover for you every single match. 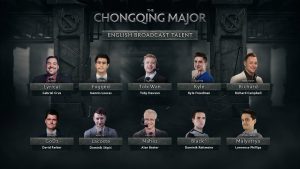 The Chongqing Major is sure to deliver a spectacular esports experience for Dota 2 fans and there is really no telling which team will come out on top. I, for one, am shouting for PSG.LGD and since the tournament takes place on their home turf, they should have the support of the crowd behind them. Maybe, just maybe (sorry) PSG.LGD will take home the trophy.

Will you be tuning in for the Chongqing Major and which teams do you think will make it to the grand finals? Let us know in the comment section below.

Gaming | PC | Dota 2 Chongqing Major – Everything You Need To Know