In May this year, we reported on a controversy where OG’s Ceb, also known as Sébastien “7ckngMad” Debs, completely flipped out on two Russian players in a public match. Most Dota 2 players, including myself, have completely lost it in public matches when grouped with certain types of players. Yes, the Dota 2 rage is real and today, I will be discussing the types of players that can make even the calmest of gamers absolutely lose it in the extremely popular MOBA from Valve.

Below, I will talk about the types of players that can cause Dota 2 rage. If you’ve played the game from Valve for any significant amount of time, especially in public matches, then you’ve probably met a few, if not all of these types of players.

One of the things that cause the most Dota 2 rage is when someone just abandons for no reason. This normally happens after the player dies like three times, or as Valve co-founder GabeN would say “more than two, but less than four”. Instead of trying to mount a comeback, they just give up, rage at a player on the enemy team, typing, for example, “no skill sniper” or anything like that. These players are normally also very adamant about their core pick at the start of a match but quickly rage quit afterwards.

Sure, they will get stuck in the low priority queue for a while but since there’s the option to create smurf accounts, these players could return in your very next game. Mr Abandon always returns in one way or another and he or she will ruin your games over and over again. 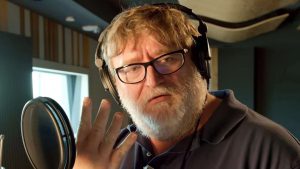 A Pause for the Cause

There’s nothing wrong with pausing when there’s a real emergency or even just someone at your door for a few minutes. Mostly, people will wait “patiently” for the return of a player but after playing a few hundred matches recently, I’ve found that in nearly every game, opponents or teammates keep pausing and it is really starting to tick me off.

If you are going to waste someone else’s time, at least have the decency to give a reason why

Sometimes, a player pauses then disconnects to return later, and that’s fine because they might be having network issues. However, when they don’t say a word and just pause, it can really make you rage.

It doesn’t take a lot to quickly tell all players in a match that you need to pause, but mostly, players just pause without explanation for several minutes. It is annoying and if you are going to waste someone else’s time, at least have the decency to give a reason why.

Dota 2 is a game where comebacks can happen no matter how far behind you are. It is always rage-inducing when someone just gives up when your team is behind, but things get even worse when it’s very early on in the game. I’ve seen player say “GG” and “end please” after five minutes when the enemy team are only a few kills ahead.

There is simply no excuse for waving the white flag that early in a game and it happens more often than I thought was possible. This causes a lot of Dota 2 rage because sometimes these players not only give up psychologically but actively tries to spoil the game for everyone else, refusing to do their job further, for example, not buying wards for the rest of the game, not even trying to farm as a core and just about anything else they can think of. I can’t help to think that Valve should do something about these types of players, as it is just as good as quitting the game. 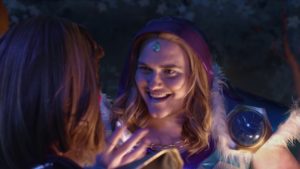 Although not exclusive to carry players, the One More Item guy is someone who continues to farm even when big team fights break out and they always need that one more item before they will engage with the team. This point is even more of an issue in Ranked matches as players need to work together even more to have any chance of winning, especially in high rankings.

If you have the One More Item guy in your team, you will be playing four versus five for most of the match and likely lose, unless that player manages to carry so hard that your previous lost team fights don’t matter, aka a six-slotted Spectre or Medusa. Unfortunately, for the most part, that doesn’t happen and you are left with one more loss on your profile.

In Afrikaans, the word “probeer” means “trying” and we’ve seen a lot of tryhards in Dota 2, more so than ever recently. Specifically, some players think they are pros and try to do something incredible, like an IO carry that Ana did during TI9 with OG. It’s not terrible that players try to emulate pros in public matches, but when they fail horribly over and over again, especially when MMR in a ranked game is at stake, it can definitely cause some Dota 2 rage.

One of the biggest issues is that many Pro-Beerders don’t know just how much timing and practice goes into pulling off, for example, an IO carry, or a Shadow Demon mid, especially when competing in a match with other random players against a solid draft from the enemy team. Sure, players can play whatever hero they want, but when these Pro-Beerders blame their team while they are clearly failing to emulate a pro player, things can escalate quickly. 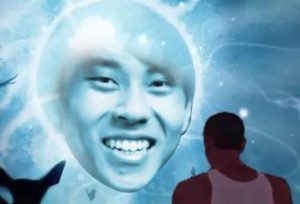 If you’ve played Dota 2 for any significant amount of time on local servers, then you will have run into The Foreigner, someone from another country who joins the SA server. The Foreigner can combine with any of the above types of Dota 2 players that can make you flip out, but worst of all, they communicate in a different language.

There’s nothing wrong with players from other countries, but when they queue knowing that they won’t be able to communicate and completely outside of their region, then I have to ask the question: WHY!? (screaming at Valve, GabeN and just about anything else) The Foreigner will likely try to disrupt the match and flame others, while teammates ask them to please speak English as this is, in fact, an English-speaking server. These cries will fall on deaf ears to the annoyance of everyone else in the match.

Which other types of players have caused some Dota 2 rage for you and do you think Valve should do something about it? Let us know in the comment section below but please try to remain civil when telling your stories, even if it is sometimes very hard.