Techland aired its third episode of “Dying 2 Know” during Gamescom 2021 sharing new details on Dying Light 2 and its gameplay. The latest episode was completely focused on the intense moment to moment combat as well as parkour. Two major features that make Dying Light 2 stand out from other zombie first-person shooters on the market. If you played the original game, you would know that the experience merged parkour similar to Mirror’s Edge. This made the game feel fantastic to play as you could climb, leap and run up walls. Dying Light 2 has expanded on this even more.

Techland says that in Dying Light 2, players will feel like a professional parkour hobbiest, also known as a traceur. They have developed hundreds of new animations and movements that will enable the player to feel more agile and able.

A lot of these new parkour animations and movements come into play while taking advantage of new ways to get around. This includes climbing up ropes, swinging across monkey bars and leaping to and from perches.

It gives them a realistic parkour experience and is also surprisingly simple to master, even for beginners. The City allows players to traverse it effectively as soon as they get there, and their mobility increases more as they learn new skills.

There comes a time when players start noticing synergies between movements, and that’s when the real fun begins. You’ll literally feel like flowing through the environment.

They also find out that The City itself helps them with parkouring, and what might’ve seemed an obstacle at the beginning becomes an asset once they learn how to use it.

I could stun my opponent with a powerful blow, then use elements of parkour to rebound
from him and kick another one. He’s also stunned now, so I can rebound from him too.

By combing parkour and combat, a skillful player can wreak havoc on both humans and the infected. 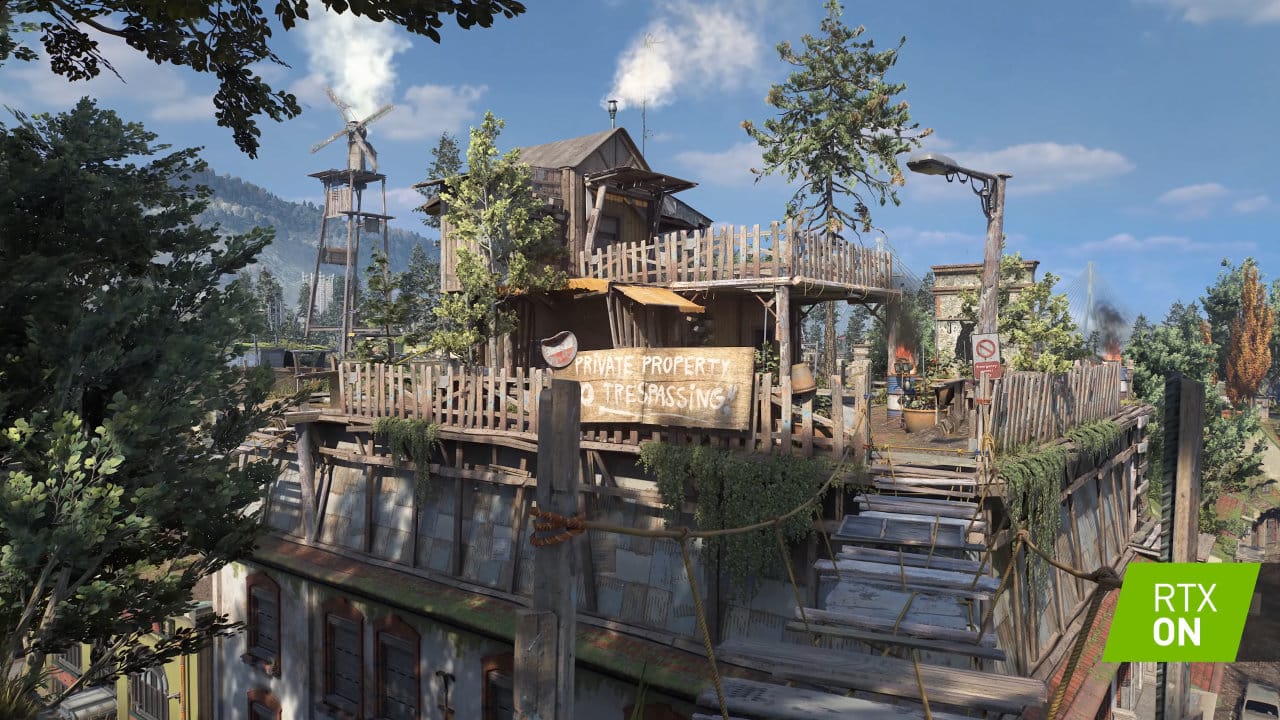 When it comes to melee combat in Dying Ligh 2, Techland says they really wanted to enhance the experience to a point where it feels completely new to players. At the same time, melee combat plays a massive role in the game’s survival aspect as players will be facing not only undead but humans too. This means the weapons had to interact with all these enemies differently but at the same time realistically too.

We’ve worked very hard for our combat to be visceral in Dying Light 2, so we created many exciting and immersive elements, such as what we call “progressive hit-reactions.”

Basically, consecutive hits on enemies will enhance their reactions. They will react differently based on the weapon category you’re using, based on the body parts you’re targeting, so you can stun them, you can trip them over, you can cut off their limbs, which might sound pretty terrible, but it’s also cool, right? And it’s also very useful, and, you know, gory.

The direction of your swings also matters, and so does your position relative to theirs. We worked also with professional stuntmen to record more special, more spectacular hit-reactions.

Lastly, Techland announced that Dying Light Platinum Edition, that extremely expensive version of the game that includes all the DLC except for the newest gravity pack, is coming to Nintendo Switch “soon”.

You can watch the full breakdown of the Dying 2 Know episode 3 down below. While you’re at it, make sure you catch up on the other sexy-looking Dying Light 2 trailer where we get to see the game running in 4K with RTX enabled. Dying Light 2 releases on 7 December 2021 for PS4, PS5, Xbox One, Xbox Series X and PC.